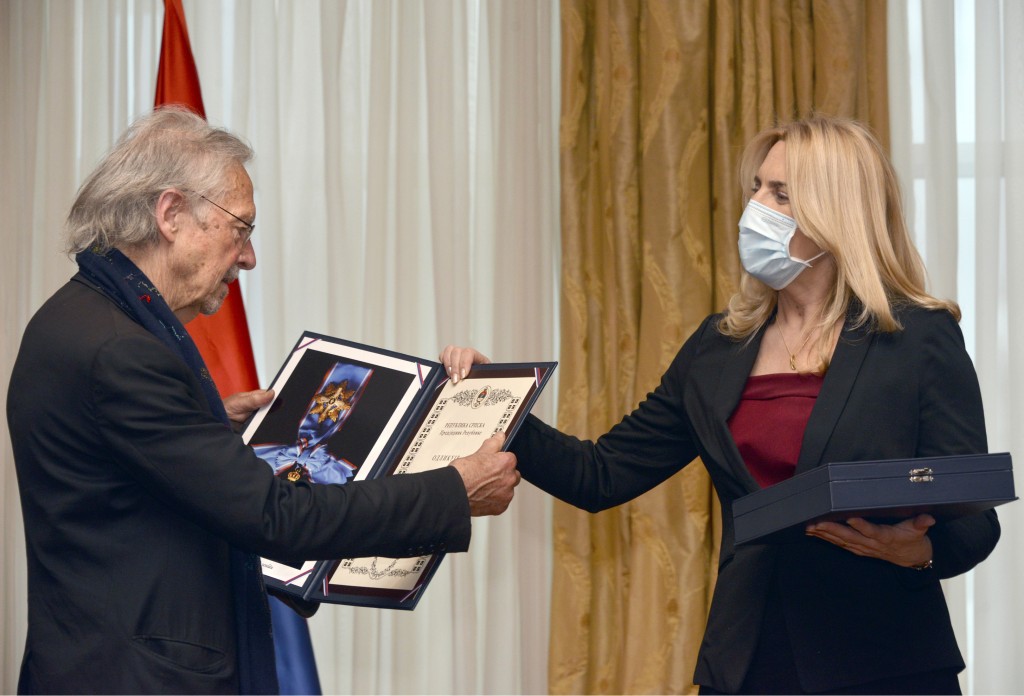 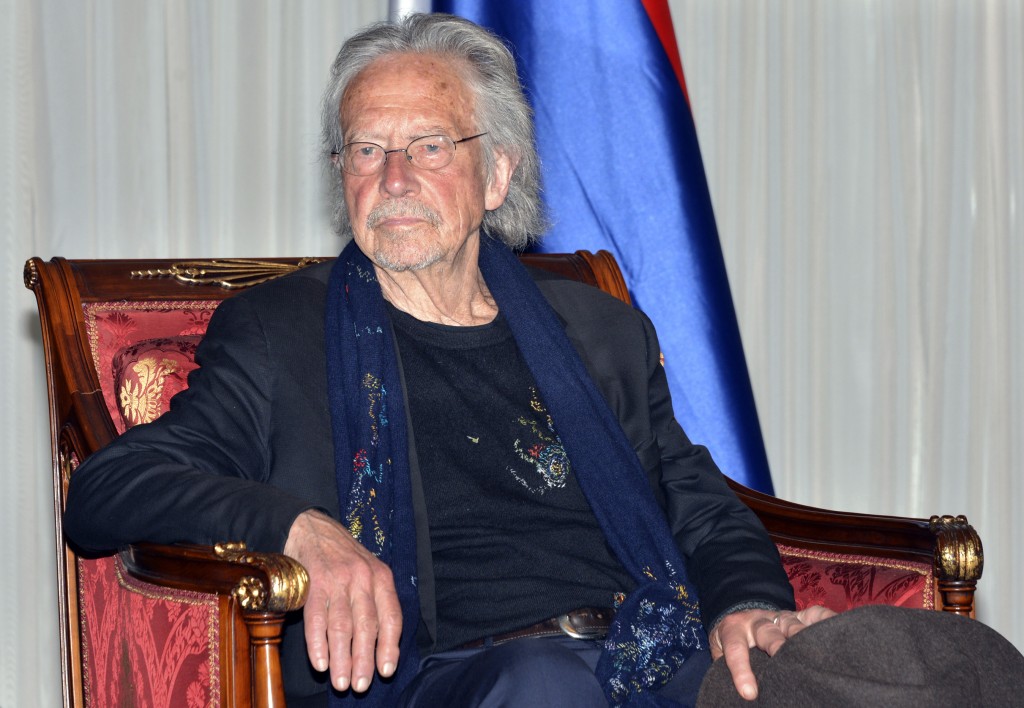 BANJA LUKA, Bosnia-Herzegovina (AP) — Bosnian Serbs on Friday honored the controversial 2019 Nobel Literature Prize winner Peter Handke, who is known for his apologist views over Serb war crimes during the 1990s' wars in the Balkans.

The Austrian novelist and screenwriter was welcomed by Bosnian Serb officials as he arrived in the northern town of Banja Luka, the main city in the Serb-run part of Bosnia. From there, Handke headed to the eastern town of Visegrad where he was received the literary award.

While Handke is adored by Serbs for his support of their nationalist policies, he is considered persona non grata in the Bosnian capital of Sarajevo, which is dominated by mostly Muslim Bosniaks.

“I am happy to be here,” Handke said in Banja Luka, according to Bosnian Serb TV. “This is a big moment for me.”

Bosnian officials in 2019 boycotted the Nobel awards ceremony for Handke and Sarajevo’s regional parliament also denounced the Swedish Academy for giving the award to him.

Handke has been a staunch supporter of the Serbs and their late leader Slobodan Milosevic during his war campaigns in the Balkans and has disputed that the 1995 massacre of 8,000 Bosnian Muslim men and boys in the town of Srebrenica was genocide. That runs counter to several rulings by international courts, which have proclaimed the carnage in the eastern Bosnian enclave a genocide.

President Zeljka Cvijanovic thanked Handke for the “understanding you have shown by representing the just Serbian interests.”

Republika Srpska was formed in a U.S.-brokered peace agreement that ended Bosnia's war in 1995 after about 100,000 people died. The country's two federations, one led by Bosnian Serbs and the other by Bosniaks and Croats, are tied together by joint Bosnian institutions.