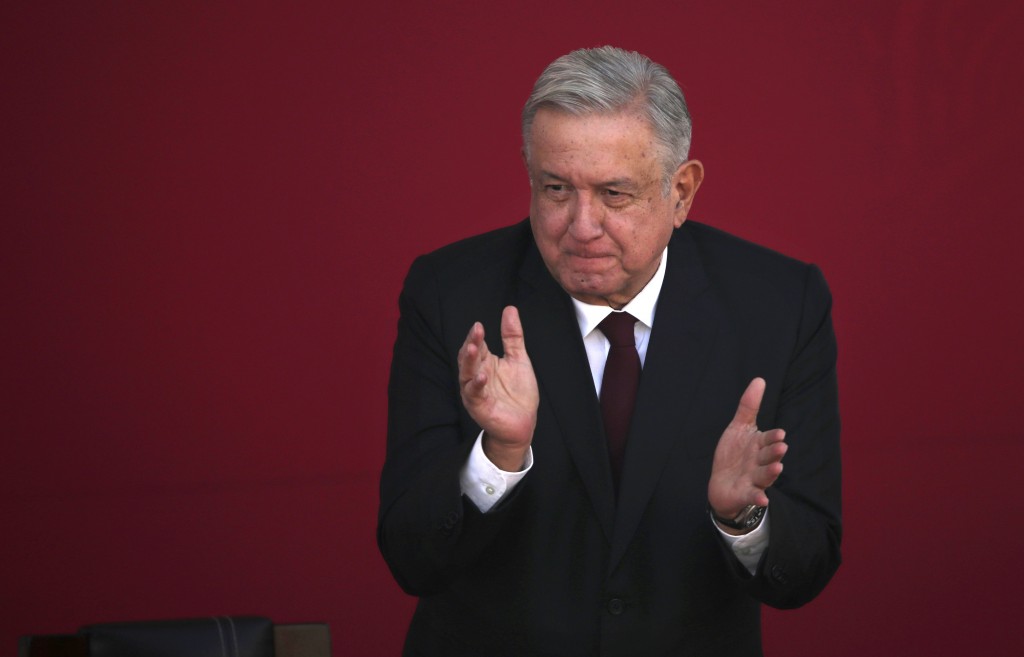 MEXICO CITY (AP) — President Andrés Manuel López Obrador said Friday that Mexico has complained to U.S. officials about their alleged financing for an anticorruption group that he said has engaged in political activity against his administration.

Speaking at a news conference shortly before a scheduled online meeting with U.S. Vice President Kamala Harris, López Obrador displayed tax records that appeared to show payments from the U.S. government to Mexicans Against Corruption and Impunity.

“It is an interventionist act that violated our sovereignty,” said López Obrador, who announced that Mexico had filed a diplomatic note with the U.S. Embassy.

The issue arose a day earlier when a reporter from online news magazine Contralinea asked the president about its report of U.S. financing for the anticorruption organization.

The organization has issued reports critical of some of López Obrador’s major initiatives, including the cancellation of a partially built Mexico City airport and the construction of a tourist train around the Yucatan Peninsula.

In the diplomatic note shown by López Obrador Friday, Mexico assures that it respects the role of civil society organizations and shares an interest in eliminating corruption, but said that people connected to the group “have been explicit in their political militancy against the government of Mexico.”

The note, dated Thursday, asked the U.S. Embassy to confirm financial support from the U.S. Agency for International Development and if so, suspend it.

The organization said Thursday via Twitter that the complaints displayed a serious misunderstanding of international cooperation. “We reiterate the absolute legality of our work,” it said, and rejected any suggestion of interventionism and asked for what it said had become constant attacks from the government to stop.

The embassy did not immediately respond to a request for comment.

López Obrador said he didn't plan to raise the issue in his meeting with Harris, which he said would deal with immigration and his proposal to expand a Mexican program making cash payments to farmers who grow certain trees and to have the U.S. expand visa opportunities to those who participate.