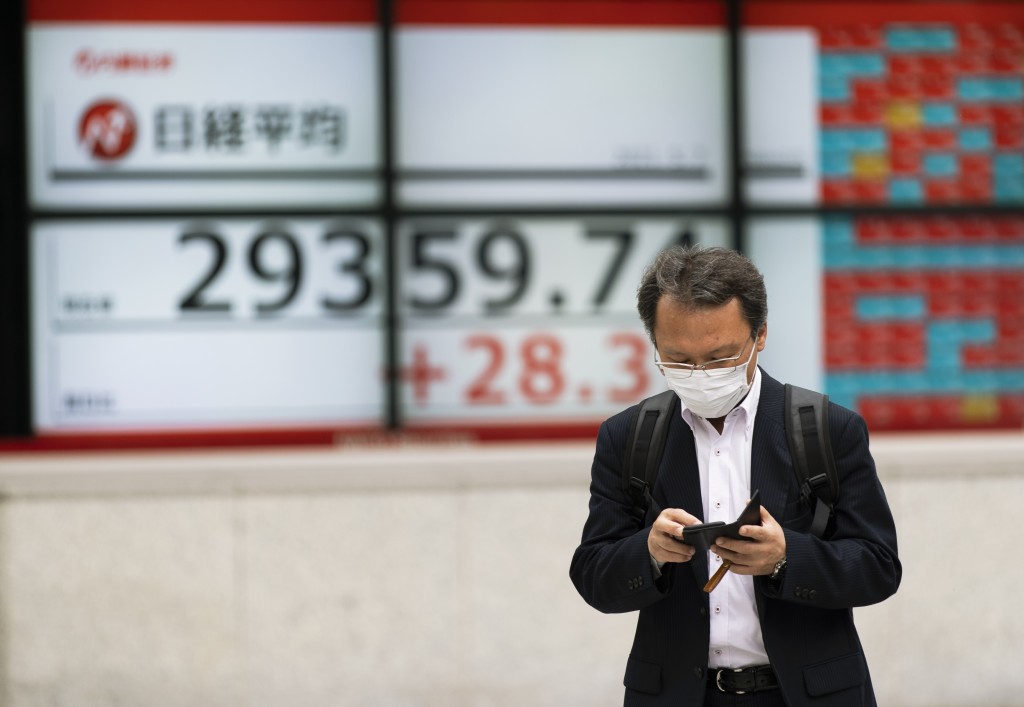 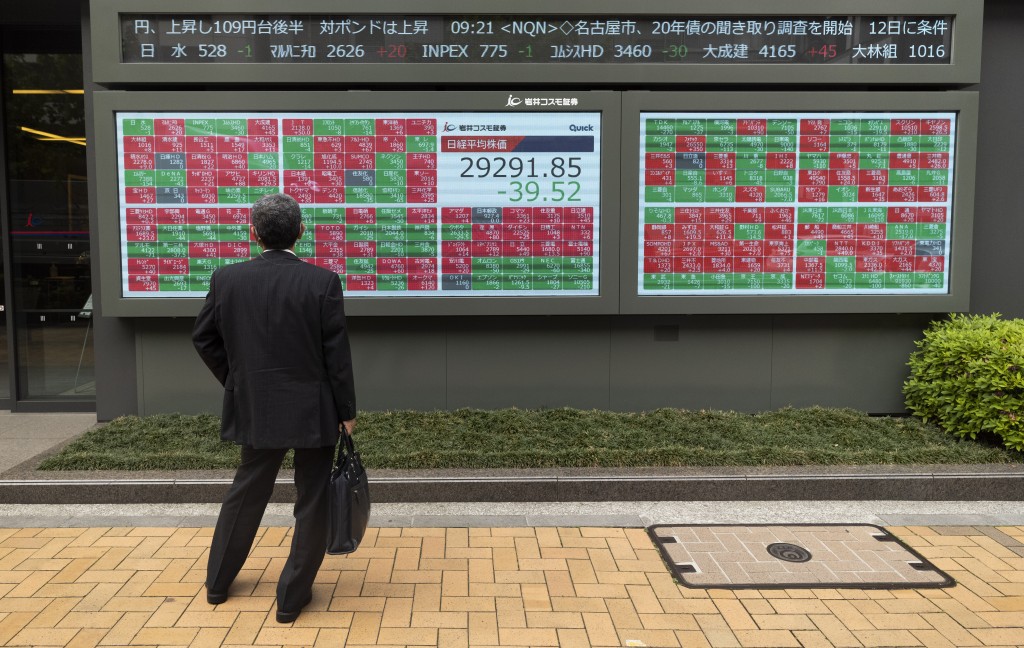 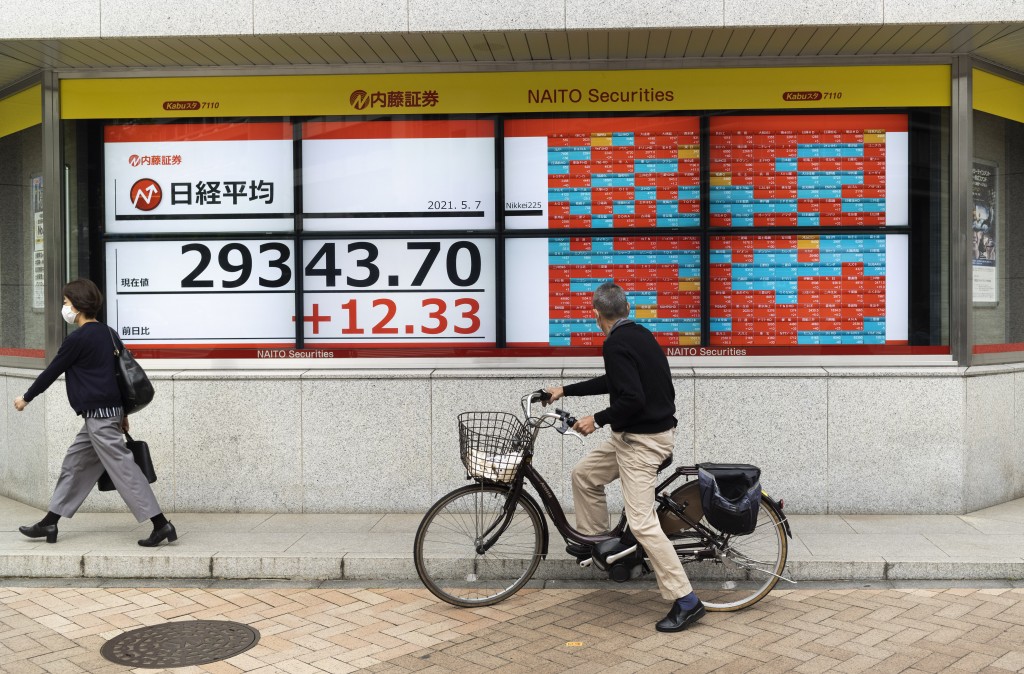 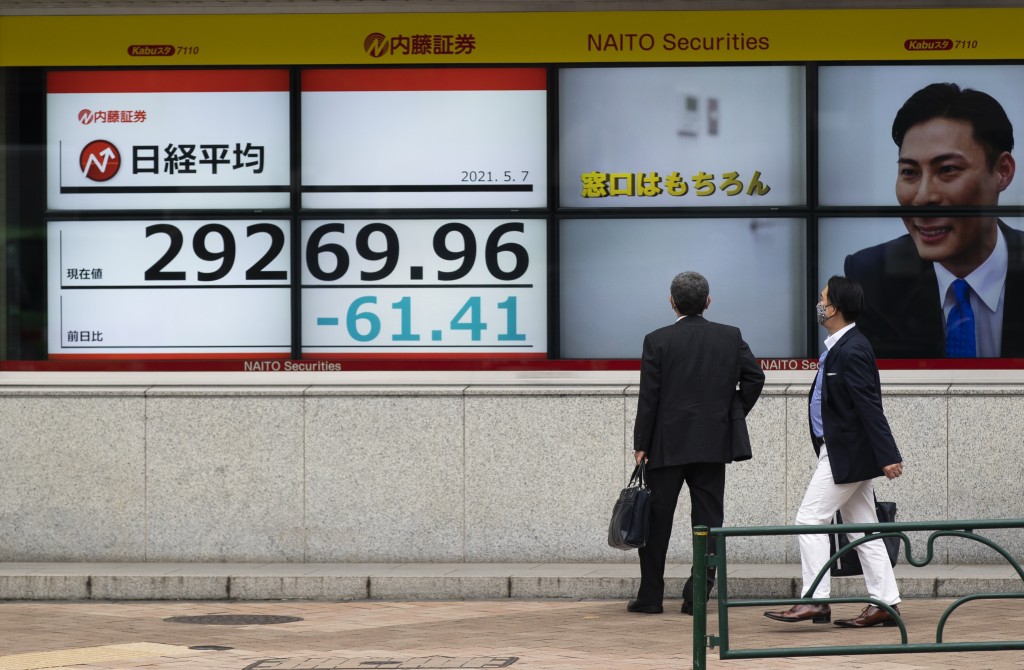 TOKYO (AP) — Asian shares mostly rose Friday on optimism about the rally on Wall Street and an economic rebound in the U.S., as investors awaited the release of jobs data.

China reported its trade with the United States and the rest of the world surged by double digits in April as consumer demand recovered, but growth appeared to be slowing. Trade data released Friday show global exports rose 32.3% over a year ago to $263.9 billion, in line with March but down from the explosive 60.6% rise in the first two months of 2021.

China’s trade gains look especially dramatic due to comparison with a year ago, when global economies shut down to fight the coronavirus. The positive indicators are coming amid worries about renewed tensions between the U.S. and China over trade.

Export-dependent Japan is preparing to extend its state of emergency to curb the spread of COVID-19 infections, which kicked in last month in some urban areas, with people asked to stay home and restaurants to close early.

“Today’s session was tentative ahead of US non-farm payrolls. The most important question will be if the US job market and wage growth are recovering faster than anticipated, supporting the reflation trade theme with increasing inflation expectations that are pulling commodity prices higher,” said Anderson Alves, trader with ActivTrades.

Job growth has been one of the keys to a sustained economic rebound, but it has lagged other areas of the economy such as retail sales and consumer confidence.

A choppy day of trading on Wall Street ended Thursday with stocks broadly higher and another all-time high for the Dow Jones Industrial Average. Banks and technology companies led a late-afternoon turnaround that pushed the S&P 500 to a 0.8% gain, reversing the benchmark index's losses for the week. Gains in most Dow companies, including Goldman Sachs, IBM and Cisco Systems, nudged the blue chip index to a new high for the second straight day.

Apple, Microsoft and Intel were among the winners, contributing to the rally in tech stocks. That helped the S&P 500's technology sector break a seven-day losing streak, which reversed an early slide in the Nasdaq.

The stock indexes wavered earlier in the day, weighed down by a sell-off in health care stocks. Drugmakers Moderna and Pfizer closed lower following news late Wednesday that the White House supports waiving intellectual property rights for COVID0-19 vaccines in order to speed up immunizations in poorer countries.

The Russell 2000 index of smaller companies also recovered from a stumble to an essentially flat finish, adding 0.1% to 2,241.42.

Moderna lost 1.4% after the company reported its first-ever quarterly profit, helped by the company’s coronavirus vaccine. The drop was largely tied to the news from the White House, as shares of other drug companies fell, including Pfizer, which dropped 1%.

Shares of Johnson & Johnson were not hurt by the news, partly because J&J has other businesses like Band-Aids, the pain reliever Tylenol and its baby products franchise. The stock picked up 0.4%

Stocks have mostly pushed higher on expectations of an economic recovery and strong profits this year. Massive support from the U.S. government and the Federal Reserve, and increasingly positive economic data, have also encouraged investors to push stock prices to all-time highs.

Economists expect the April jobs data to show employers hired 975,000 workers last month as the economy accelerated out of the pandemic and vaccines rolled out nationwide. The unemployment rate is expected to drop to 5.8% from 6%.

In energy trading, benchmark U.S. crude added 34 cents to $65.05 a barrel in electronic trading on the New York Mercantile Exchange. Brent crude, the international standard, rose 38 cents to $68.47 a barrel.