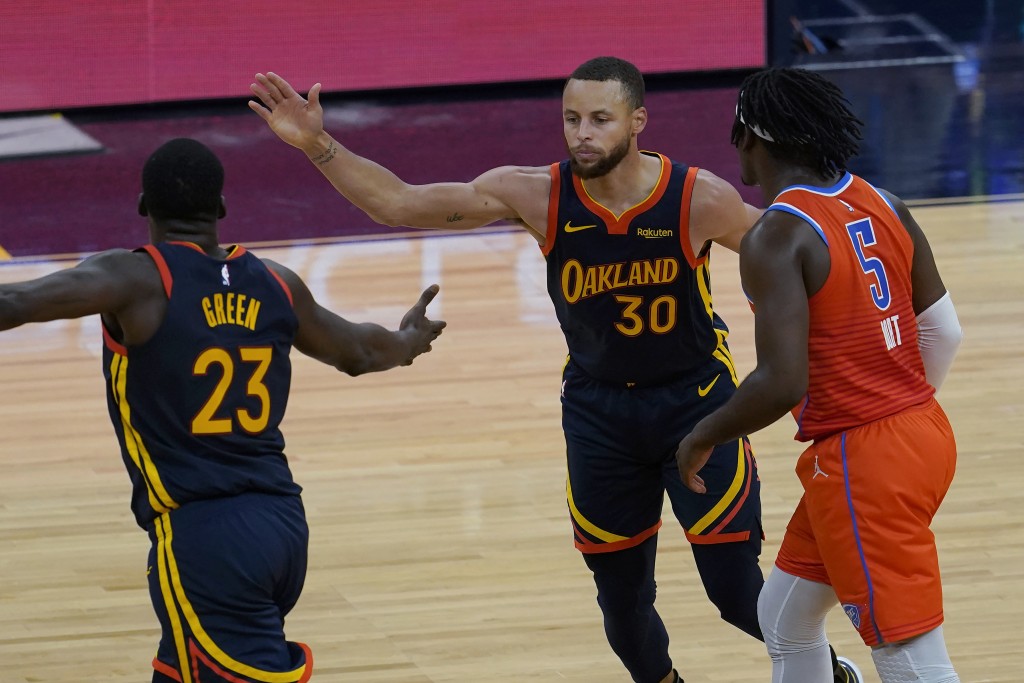 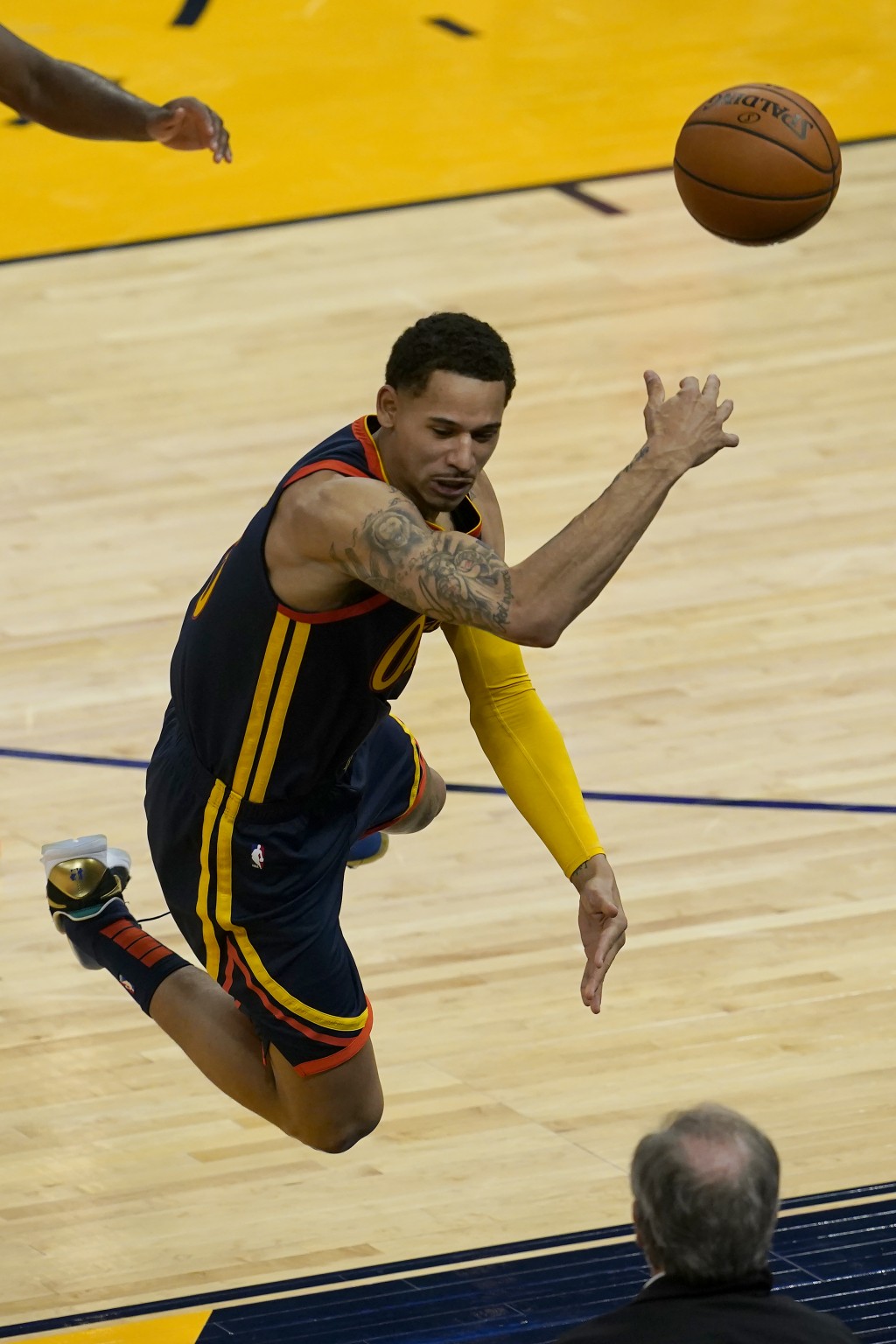 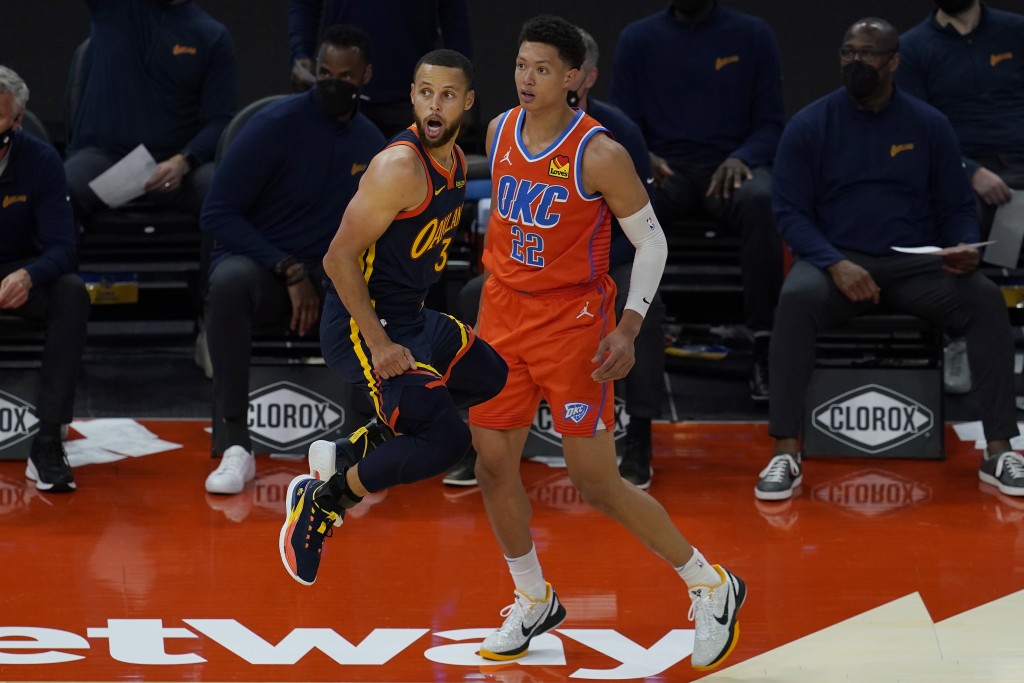 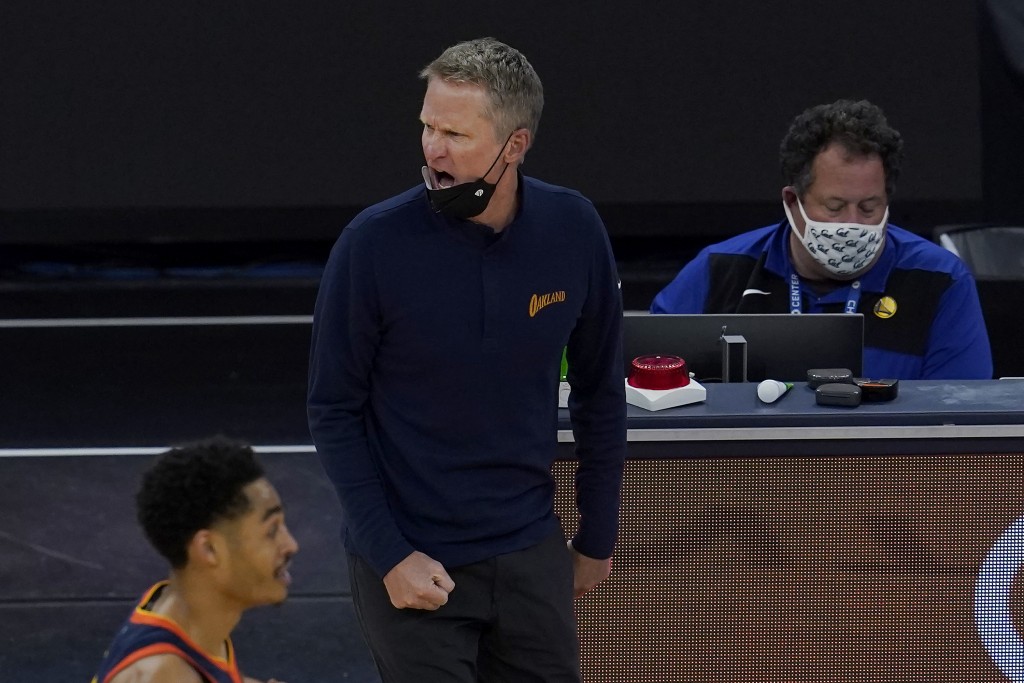 The Warriors moved into eighth place in the Western Conference, a half-game ahead of Memphis.

Ty Jerome scored 23 points to lead the Thunder and Darius Bazley added 22. They have lost five straight and 19 of 20.

The teams will meet again Saturday night at Chase Center.

Despite being vaccinated more than three weeks earlier, Warriors guard Damion Lee tested positive for COVID-19 on April 21 and has since been in the NBA’s health and safety protocols. Lee said he experienced headaches, chills, congestion, soreness and brain fog, and he still hasn’t regained his full appetite.

“It felt like I was hit by two cars at once every step I took,” he said. “Essentially, this was just a rare breakthrough case.”

Lee hasn’t played since April 19 and has no timeline for a return to the court.

“Obviously, I still have protocols and hurdles that I have to clear from the medical side, but then as well, after that...it’s just a matter of getting back into basketball shape.”

Warriors: Kelly Oubre Jr. missed his fifth straight game with a left wrist injury. He underwent an MRI on Wednesday that reconfirmed a small avulsion fracture and ligament tear. Oubre will not require surgery and will be re-evaluated late next week. ... Eric Paschall missed his 18th game with a strained hip flexor but is nearing a return. He has worked out on the court this week and could potentially play as soon as next game.