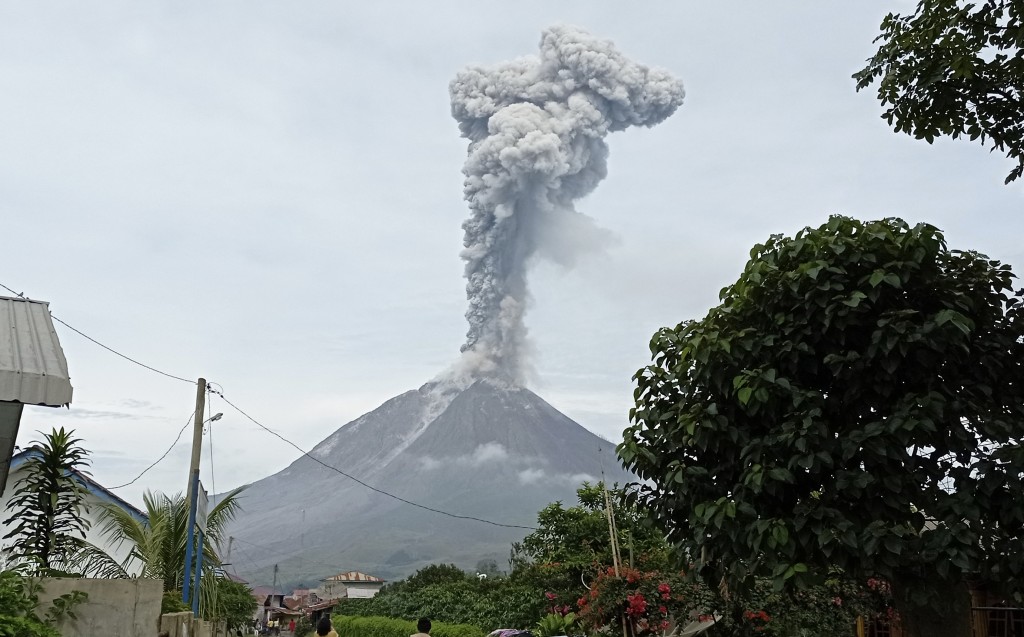 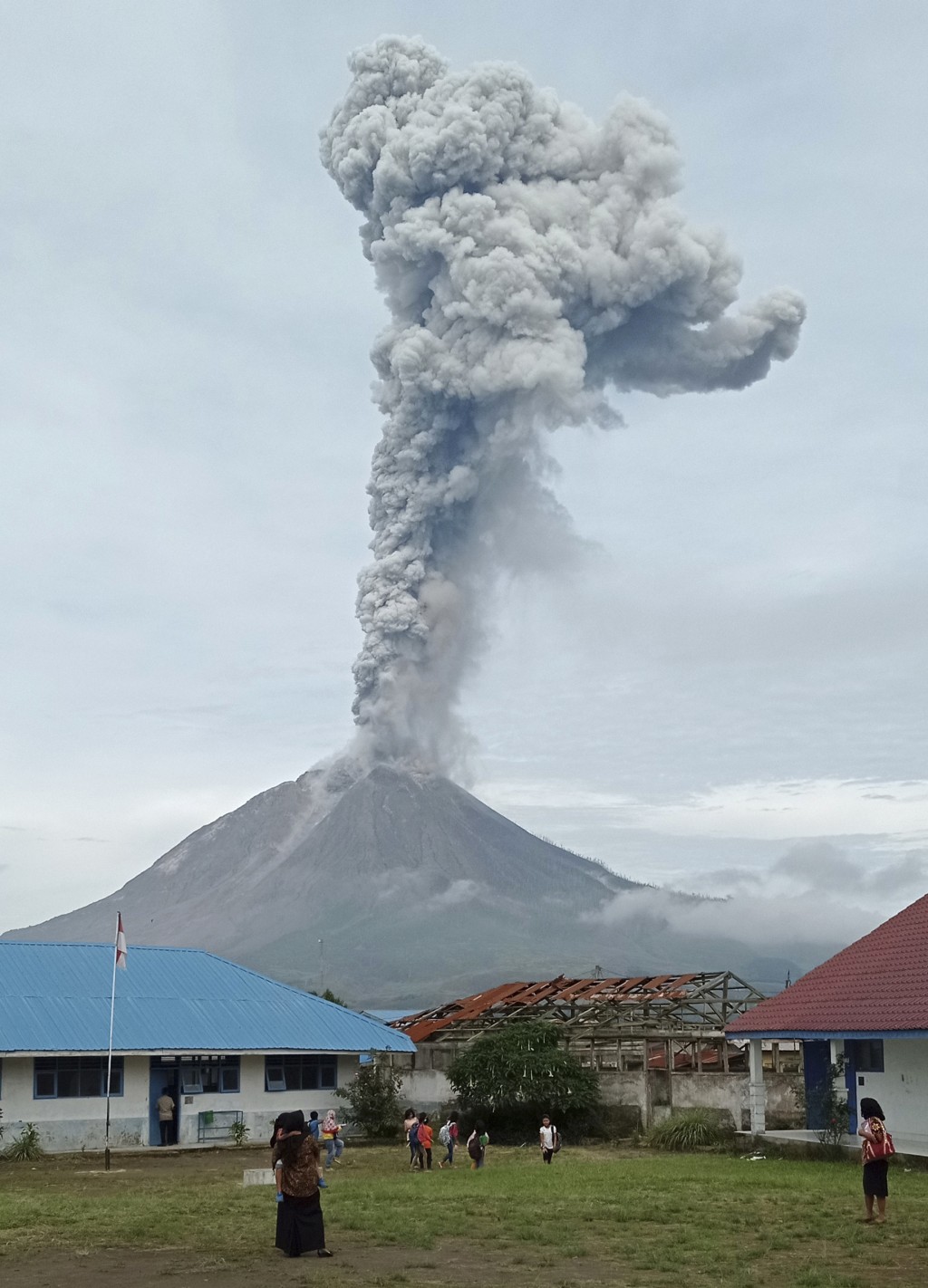 Villages near the volcano in North Sumatra province have been relocated after past eruptions, and there were no further evacuations or casualties from the new blast. People have been advised to stay 5 kilometers (3.1 miles) from the crater’s mouth and to be aware of ashfall and avalanches of volcanic debris.

Activity at the volcano was increasing, with at least 15 smaller eruptions recorded in the past week, said Armen Putra, an official at the Sinabung monitoring post.

“The potential for eruption is still high. There will be more eruption in the near future,” Putra said.

Sinabung is one of the most active volcanoes in Indonesia, and some 30,000 people have been forced to leave nearby homes in the past few years.

Sinabung is among more than 120 active volcanoes in Indonesia, which is located on the “Ring of Fire,” an arc of volcanoes and fault lines encircling the Pacific Ocean.