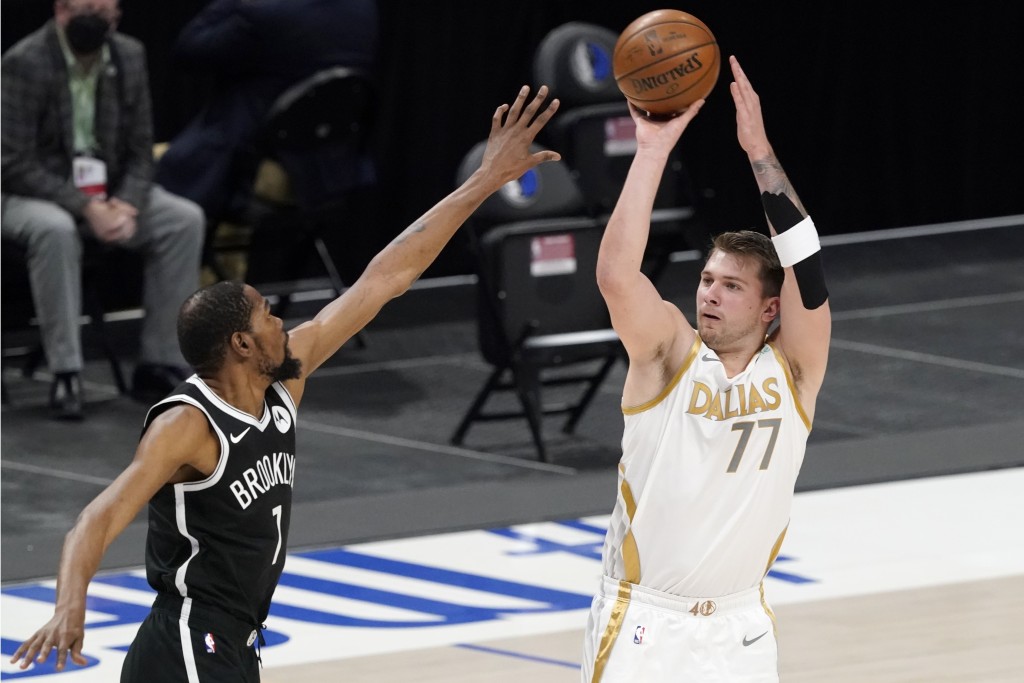 Dorian Finney-Smith scored 17 points as the Mavericks reached 10 games over .500 for the first time this season and moved a half-game ahead of the Los Angeles Lakers for the fifth seed in the West. Dallas holds the tiebreaker on the defending NBA champs.

Kevin Durant had 20 points and nine rebounds for the Nets with each team missing an injured star: James Harden for Brooklyn and Kristaps Porzingis for Dallas. In the Mavericks’ 115-98 win at Brooklyn in February, Harden played while Durant and Irving were out.

CHARLOTTE, N.C. (AP) — Nikola Vucevic had 29 points and 14 rebounds and Chicago breezed past Charlotte with Zach LaVine back on the floor for the Bulls.

LaVine returned from an 11-game absence due to the league’s health and safety protocols and scored 13 points on 5-of-11 shooting.

P.J. Washington, who missed Charlotte’s last game for the birth of his child, led the Hornets with 24 points on six 3-pointers.