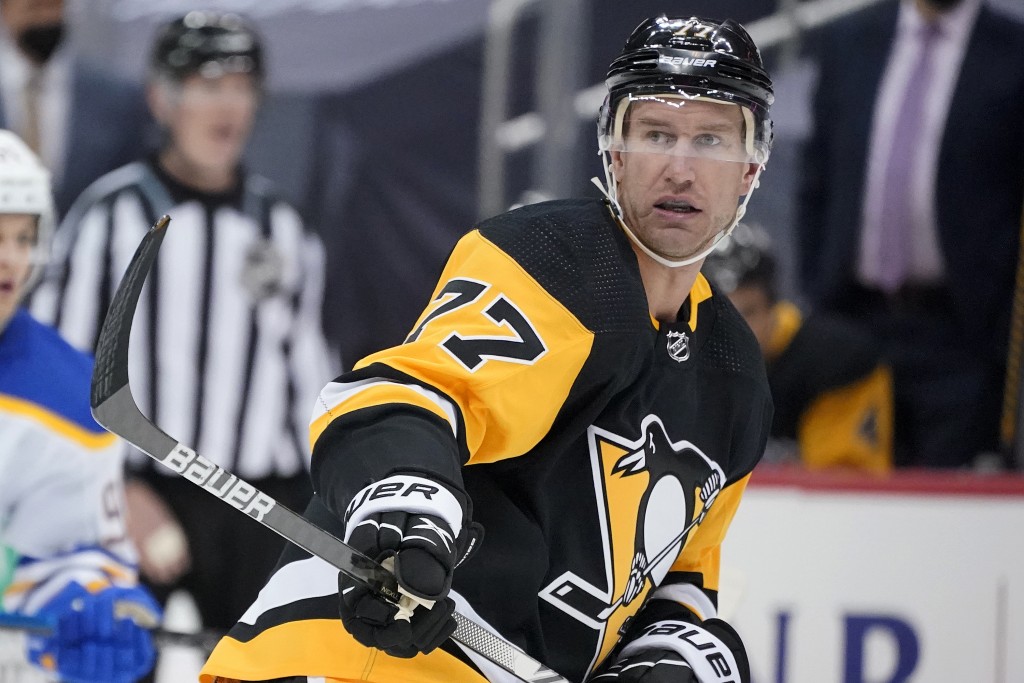 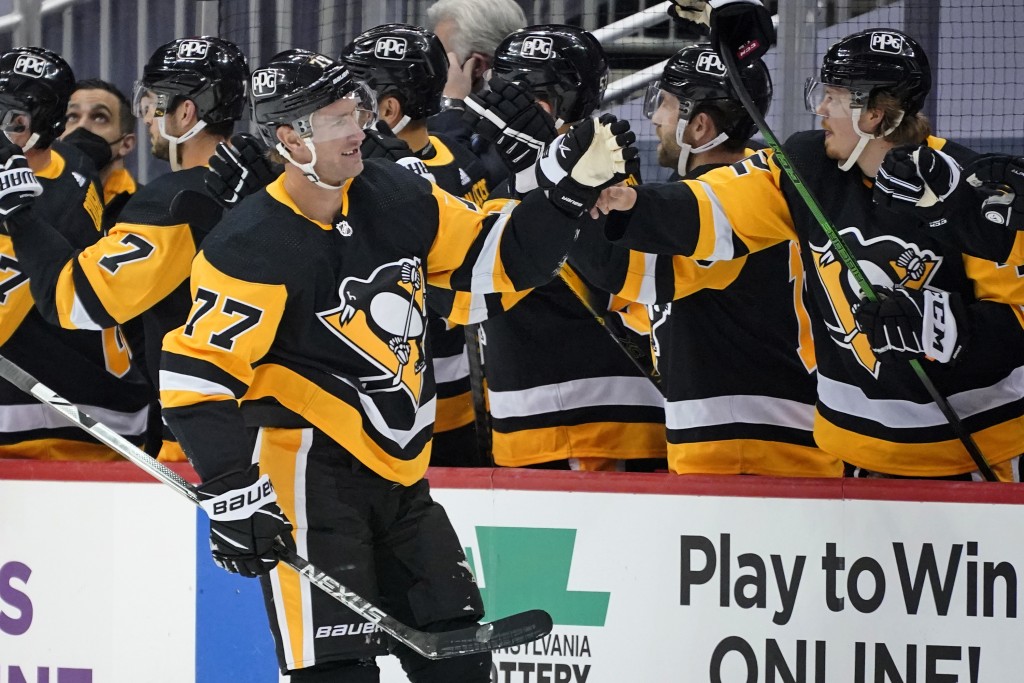 PITTSBURGH (AP) — Jeff Carter scored a career-high four goals and the Pittsburgh Penguins moved back into first place in the crowded East Division with an 8-4 victory over the Buffalo Sabres on Thursday night.

The 36-year-old Carter, acquired from Los Angeles at the trade deadline, beat Michael Houser three times in the first 25 minutes for his first hat trick since March 28, 2018. He added his fourth with a pretty backhander — the 398th of his career — early in the third period that put the Sabres away.

The four-goal performance was the first by a Penguin since Chris Kunitz did it in a victory over Washington on Feb. 3, 2013.

Jared McCann had a goal and two assists for Pittsburgh. Brian Dumoulin, Sidney Crosby and Kasperi Kapanen also scored/ Tristan Jarry overcame a sloppy start to finish with 19 saves as Pittsburgh moved two points ahead of Washington for the top spot in the East. The Capitals, however, have three games remaining. The Penguins have just one, their regular-season finale on Saturday against the Sabres.

Mitch Marner and John Tavares each had a goal and an assist, Alex Galchenyuk and Pierre Engvall also scored and Jack Campbell made 20 saves. Campbell improved to 16-2-2, giving him the most wins by Toronto goalie through 20 games in a season.

Cole Caufield and Artturi Lehkonen scored for Montreal. Cayden Primeau allowed four goals on 15 shots in the opening 20 minutes before being replaced by Jake Allen to start the second. Allen made 19 saves.

The Maple Leafs improved to 6-2-1 against the Canadiens. The teams will conclude the two-game set and season series Saturday night in Toronto.

Matthews has scored 40 times in 49 games, and has found the back of the net in five straight contests. He also has a five-game goal streak against Montreal. Only one player in Maple Leafs history has reached 40 goals in fewer games, with Frank Mahovlich hitting the mark in 48 games in 1960-61.

Jake DeBrusk, Charlie McAvoy and Brandon Carlo also scored and Brad Marchand and David Krejci had two assists apiece to help the Bruins win for the fifth time in six games. The teams will meet again on Saturday in Boston.

The Rangers, in the midst of a tumultuous week that included the firing of the club’s president and general manager, were listless from the start and lost their fifth straight. New York had just four shots on goal in the first period and three in the second.

Pavel Zacha also scored for the Devils. They beat the Islanders for just the second time in seven meetings this season.

Anthony Beauvillier scored on a fortunate deflection for the Islanders.

The teams will meet again Saturday night at the Nassau Coliseum to conclude their season series.

Collin Delia made 36 saves for the Blackhawks. They were eliminated from postseason contention Monday and gave up 11 goals in the first two losses to the Hurricanes.