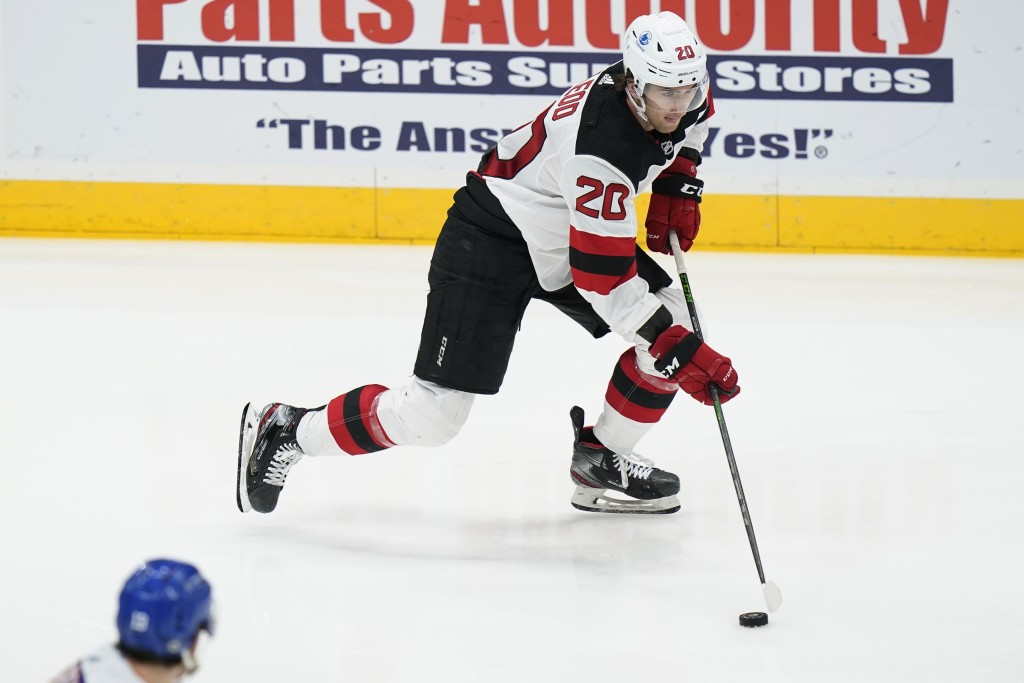 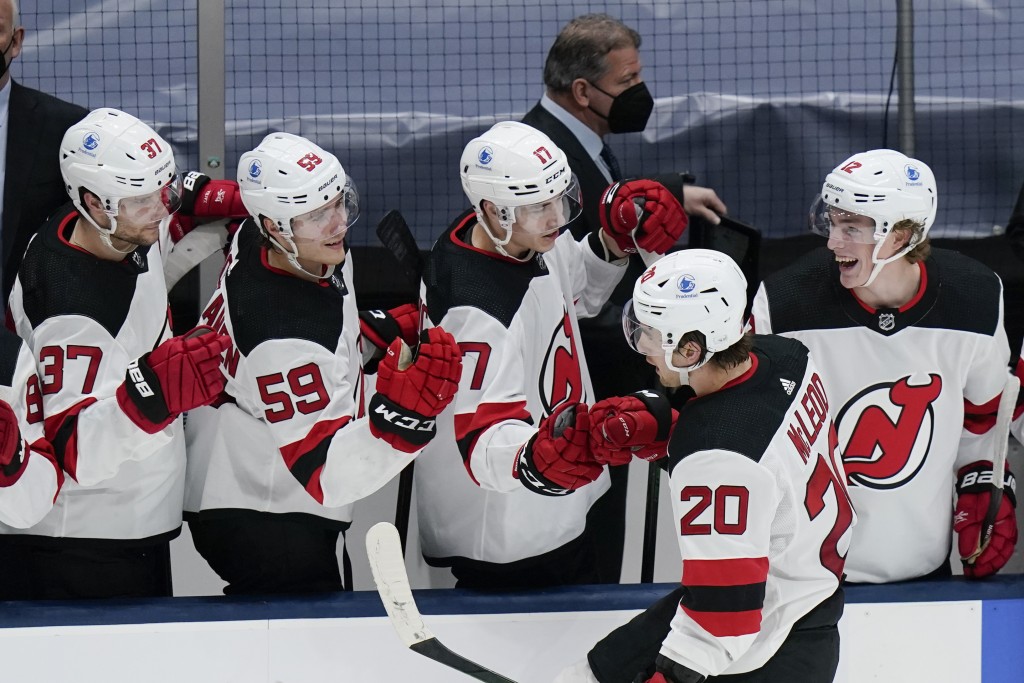 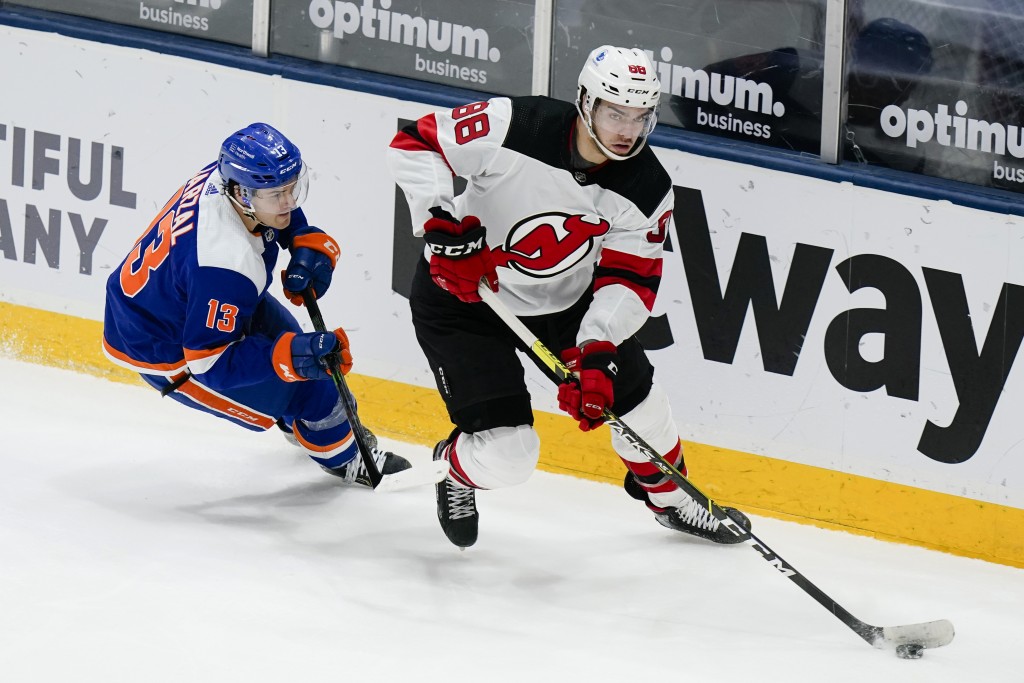 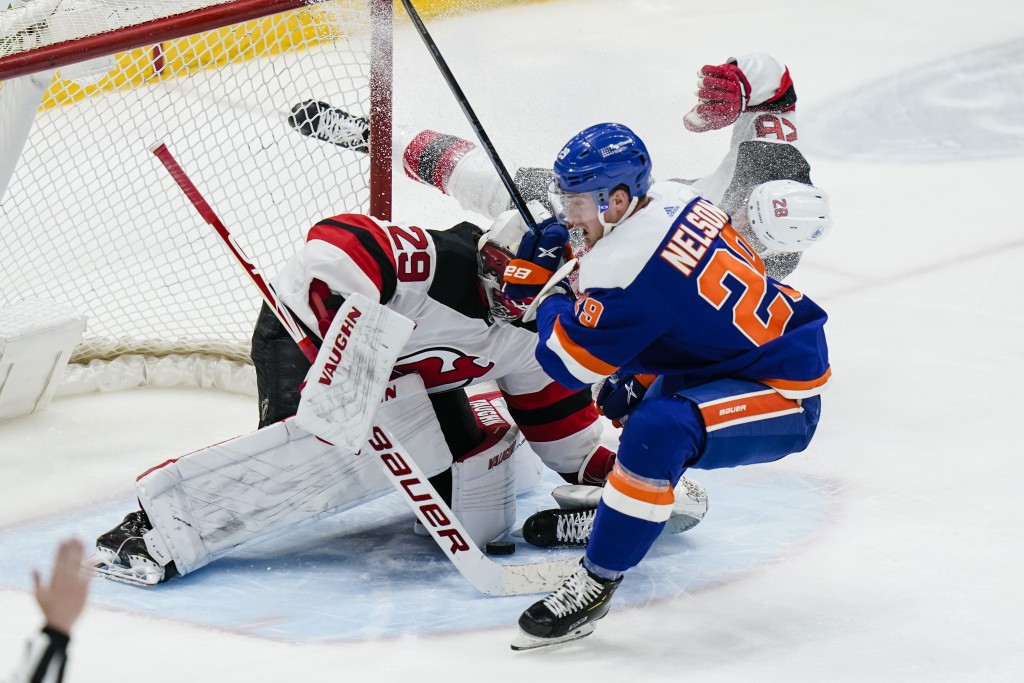 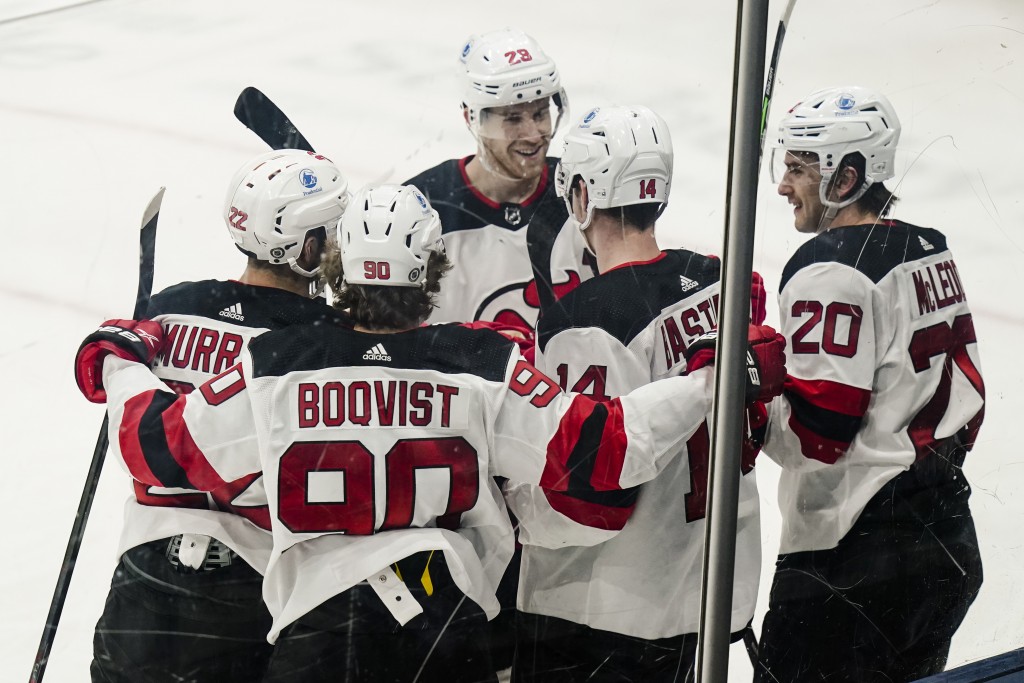 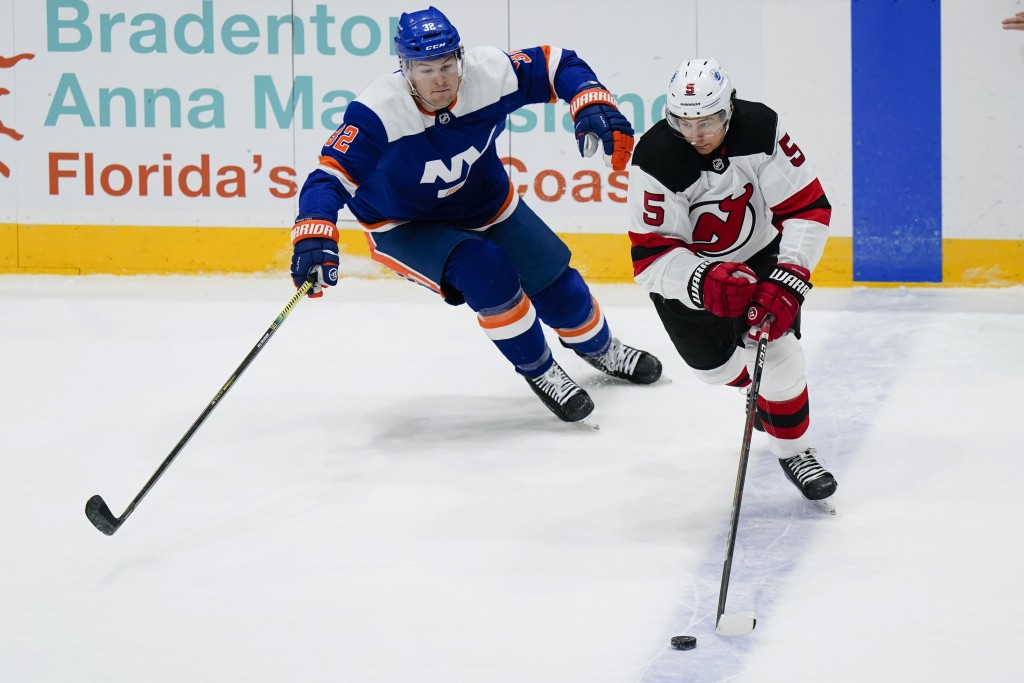 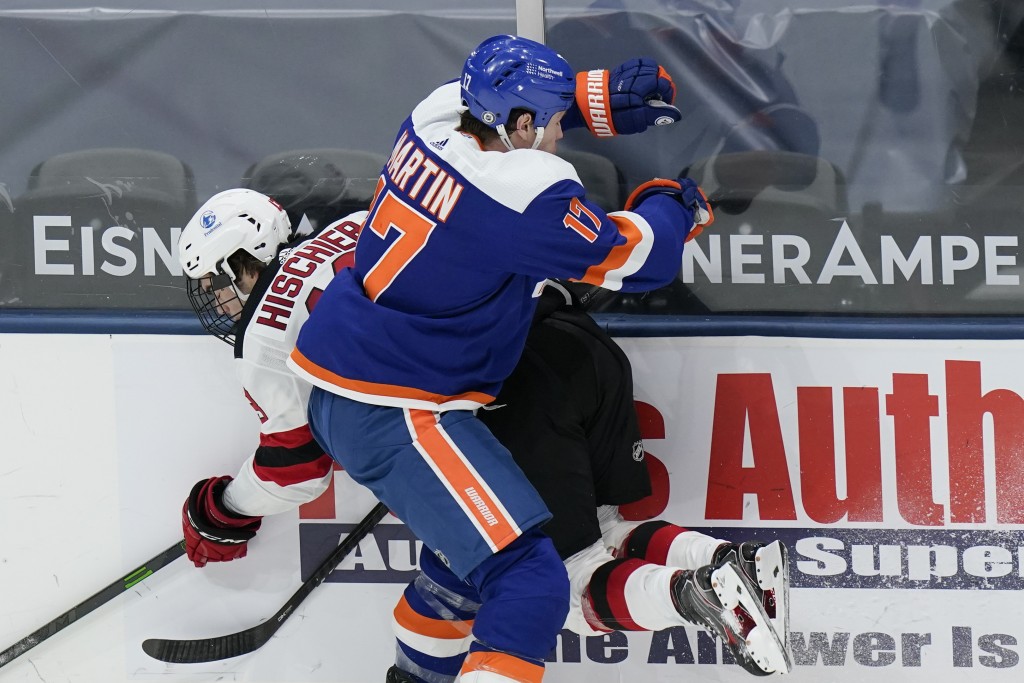 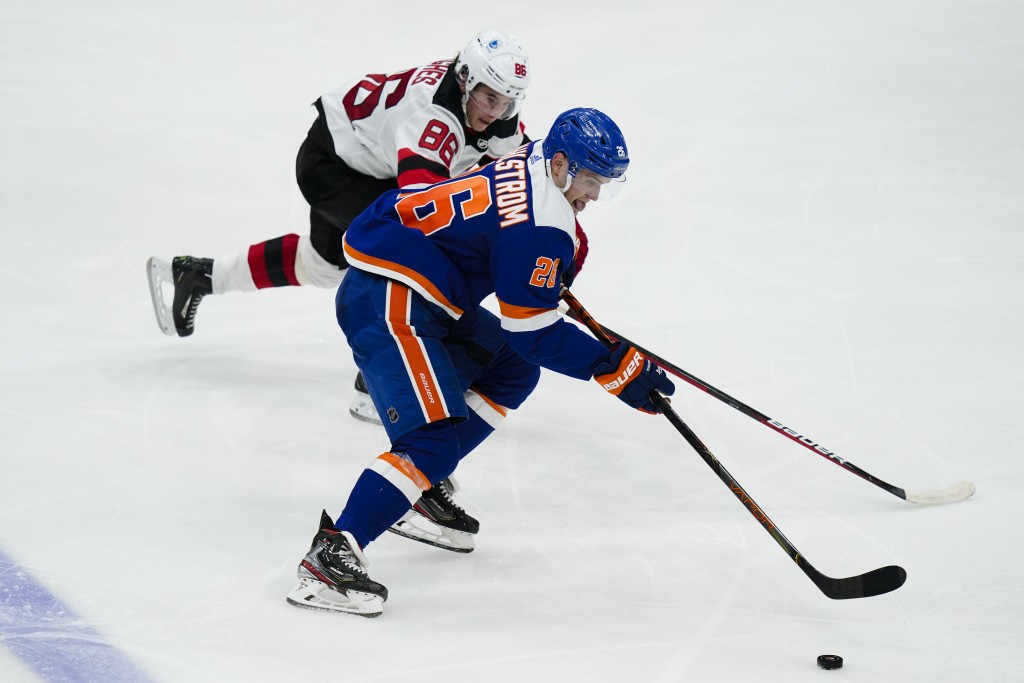 Pavel Zacha also scored for the Devils, who beat the Islanders for just the second time in seven meetings this season.

Anthony Beauvillier scored on a fortunate deflection for the Islanders, who have lost three straight (0-2-1) — against Buffalo and New Jersey, the bottom two teams in the East Division — and six of their last eight (2-4-2) overall. Semyon Varlamov finished with 23 saves.

The teams meet again Saturday night at the Nassau Coliseum to conclude their season series.

Kyle Palmieri, who along with Travis Zajac was facing the Devils for the first time since the two were dealt to the Islanders days before the trade deadline, was denied by Blackwood on a stuff try from the left doorstep with 7:21 remaining.

The Islanders pulled Varlamov for an extra skater with about 1 1/2 minutes left, but couldn't tie it. New York outshot New Jersey 13-5 in the third period.

Trailing 1-0 after 20 minutes, the Islanders tied it early in the second period when Scott Mayfield's centering pass for a streaking Beauvillier went off Beauvillier's skate and in at 5:35. It was Beauvillier's 15th of the season.

The Devils regained the lead late in the middle period as Damon Severson sent a pass across the ice from the left side and McLeod quickly beat Varlamov from the right side for his ninth with 4 1/2 minutes left.

The Islanders outshot the Devils 6-1 over the first 8:14 of the game, but couldn't take advantage. New Jersey then turned it around and had an 11-2 edge the rest of the period.

Zacha gave the Devils a 1-0 lead with 5:49 left in the first. Nico Hischier had the puck in the left corner, passed it over to Jesper Bratt, who sent it in front and Zacha quickly put it in past Varlamov from the left circle. It was his 16th goal and extended his career high to 34 points this season.

Mathew Barzal was back in the Islanders' lineup after sitting out Tuesday against Buffalo, ending his streak of 284 consecutive games. He skated on a line with Zajac and Palmieri with RW Jordan Eberle sitting out. D Andy Greene, another former Devil, also sat out. Brayden Coburn played in his place.

The Devils announced the relocation of their AHL franchise from Binghamton to Utica, New York, under a 10-year agreement. This marks the second time the Devils’ AHL team will be in Utica. They played as the Utica Devils from 1987-93 before changing affiliations to the Albany River Rats until 2006. The Devils bought the team in Lowell and played as the Lowell Devils until moving to Albany in 2010. They remained there until moving to Binghamton in 2017. They will now be called the Utica Comets beginning with the 2021-22 season.