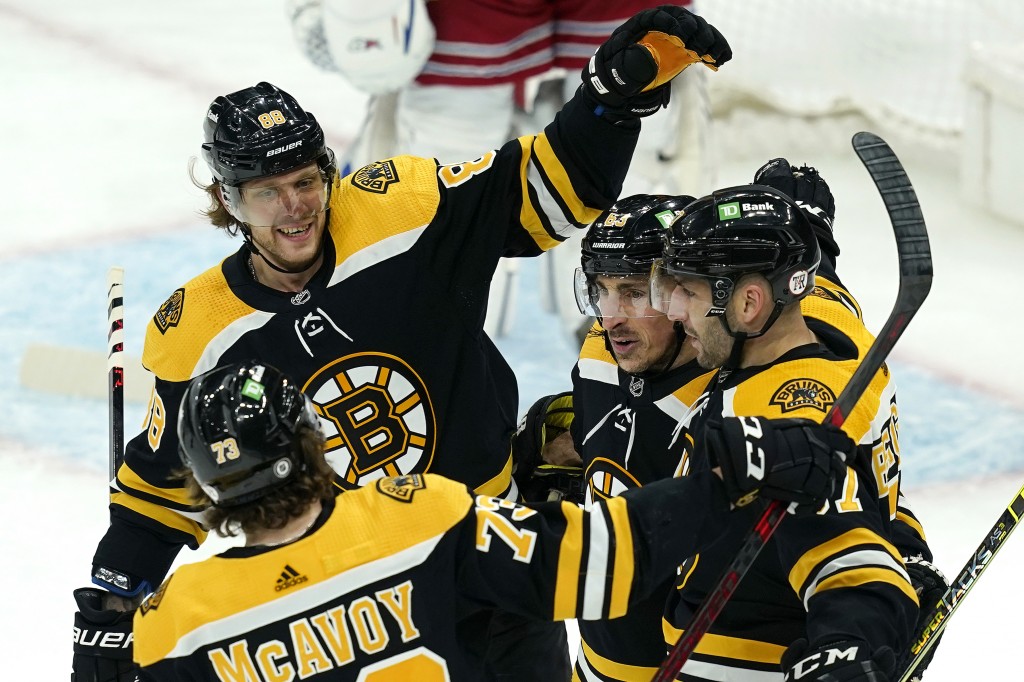 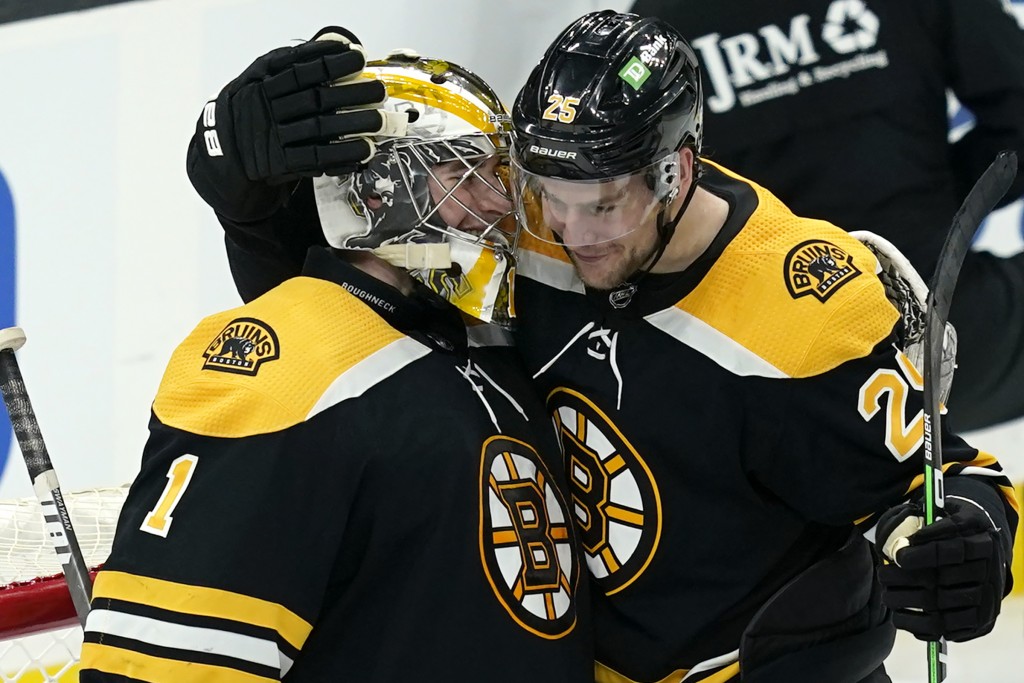 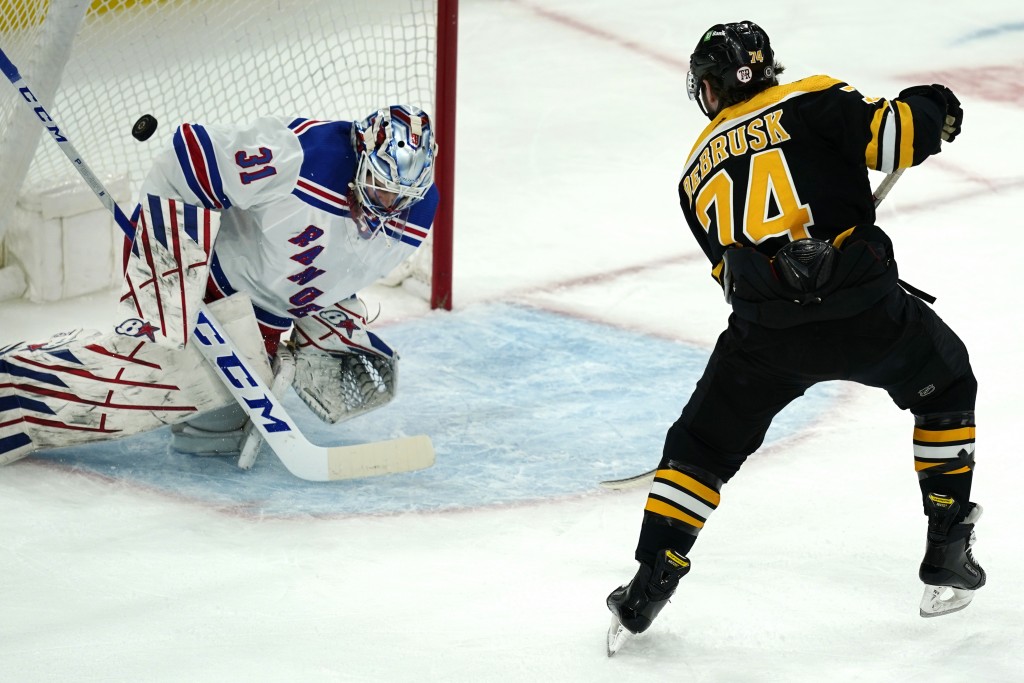 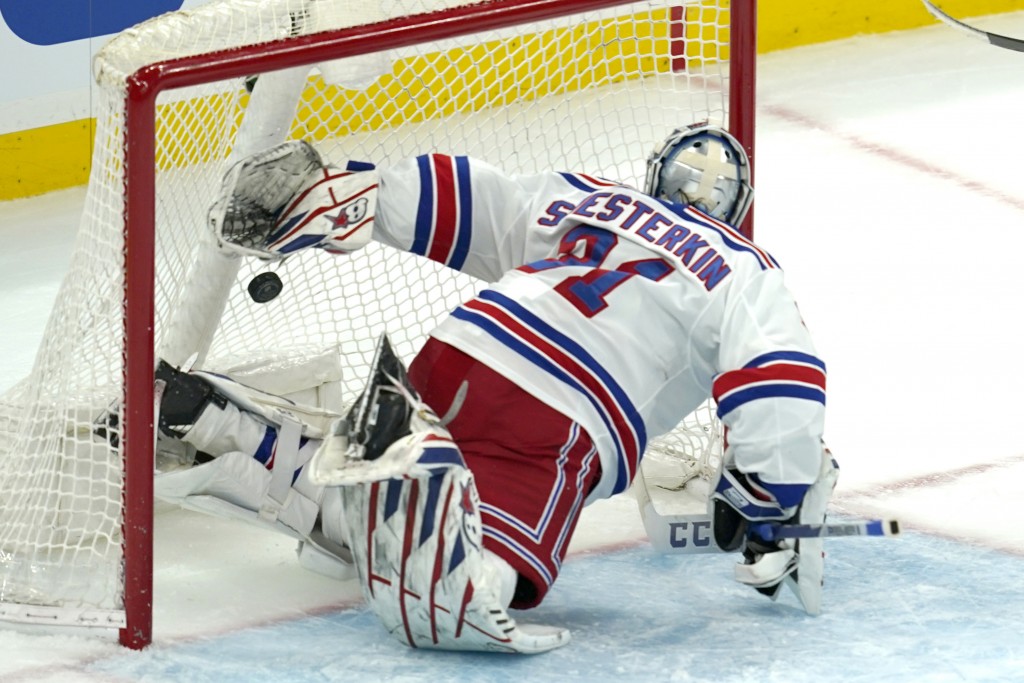 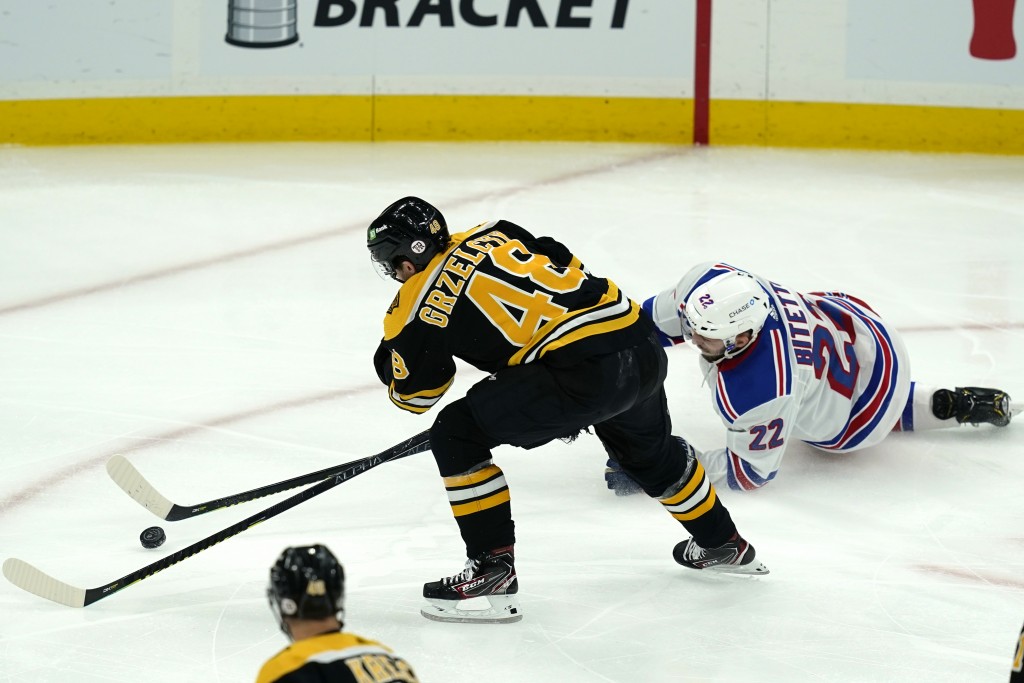 Jake DeBrusk, Charlie McAvoy and Brandon Carlo also scored and Brad Marchand and David Krejci had two assists apiece to help the Bruins win for the fifth time in six games. The teams will meet again on Saturday in Boston.

The Rangers, in the midst of a tumultuous week that included the firing of the club’s president and general manager, were listless from the start and lost their fifth straight. New York had just four shots on goal in the first period and three in the second.

Swayman managed to stay sharp despite most of the action occurring at the other end of the ice until the third period.

Rangers goalie Igor Shesterkin had a much busier night, stopping 30 shots and preventing the New York from a larger rout.

Swayman, playing exactly a month after his NHL debut, won for the fifth time in his last six starts. The Bruins gave him a lead to work with 7:11 into the game, when Marchand fed Bergeron from behind the net for a one-timer from the right circle.

Marchand picked up another assist on a pass setting up McAvoy’s power-play slap shot that put Boston up 2-0 with 1:25 left in the first period.

DeBrusk beat Shesterkin on a breakaway 14:01 into the second period to put the Bruins up 3-0. It was just the fifth goal of the season for DeBrusk, who hadn’t scored since April 10.

Carlo hadn’t scored since Feb. 1, missing much of March and April with injuries before returning to the lineup this week. He scored on a funny angle Thursday, skating with the puck down to the goal line and firing a shot toward the front of the net, where it deflected off of Shesterkin’s right skate and into the net 1:07 into the third period to put Boston up 4-0.

It was the Rangers’ first game since owner James Dolan fired team president John Davidson and general manager Jeff Gorton on Wednesday. That came a day after the club’s public criticism of NHL head of player safety George Parros about a melee with the Washington Capitals on Monday drew a $250,000 fine from the NHL.

NOTES: The Rangers were without star center Artemi Panarin, who was injured during the chaos at Washington that ended his season. The Rangers were also without injured defensemen Jacob Trouba and Ryan Lindgren and forwards Chris Krieder and Brett Howden. … LW Pavel Buchnevich was out of the lineup for New York as he served a one-game suspension for cross-checking Washington’s Anthony Mantha on Wednesday night. ... Bruins F Charlie Coyle, who missed the third period Tuesday at New Jersey with an undisclosed injury, was out of the lineup.