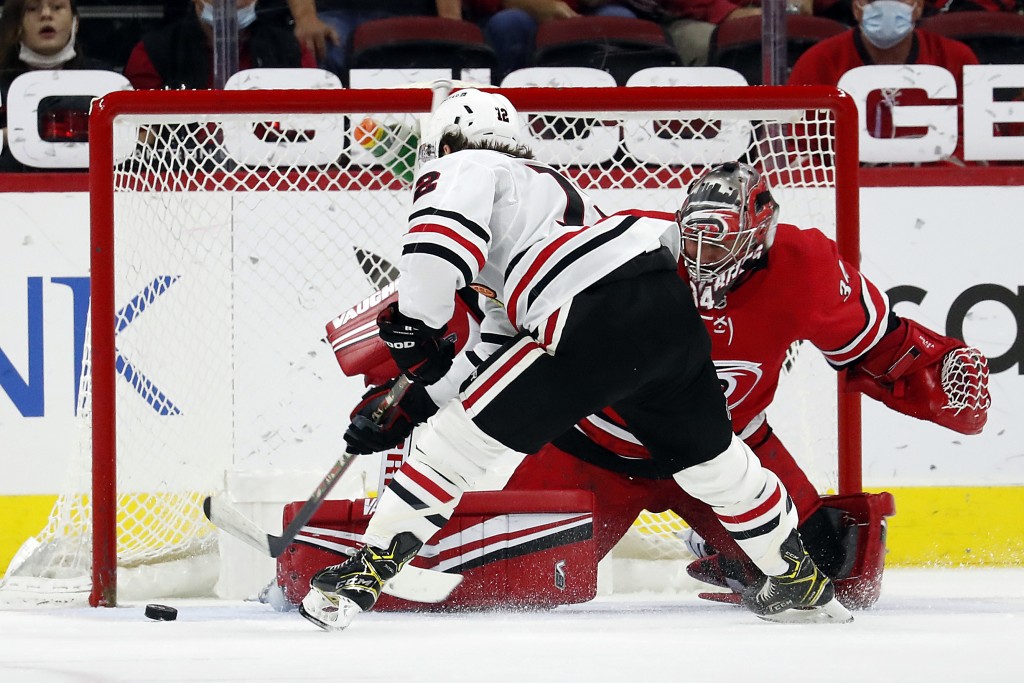 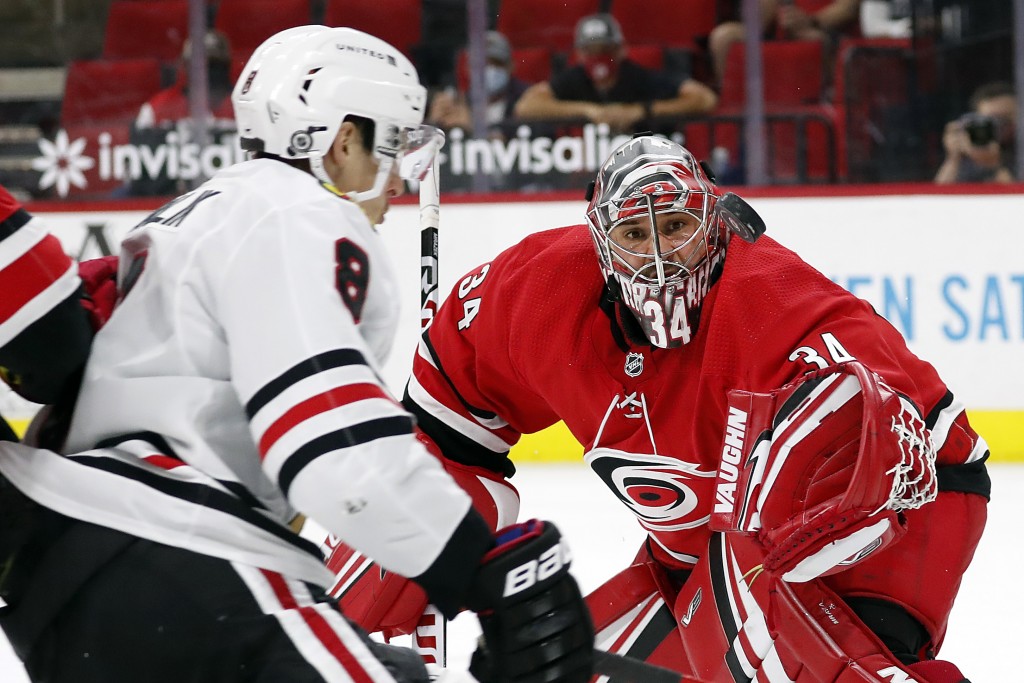 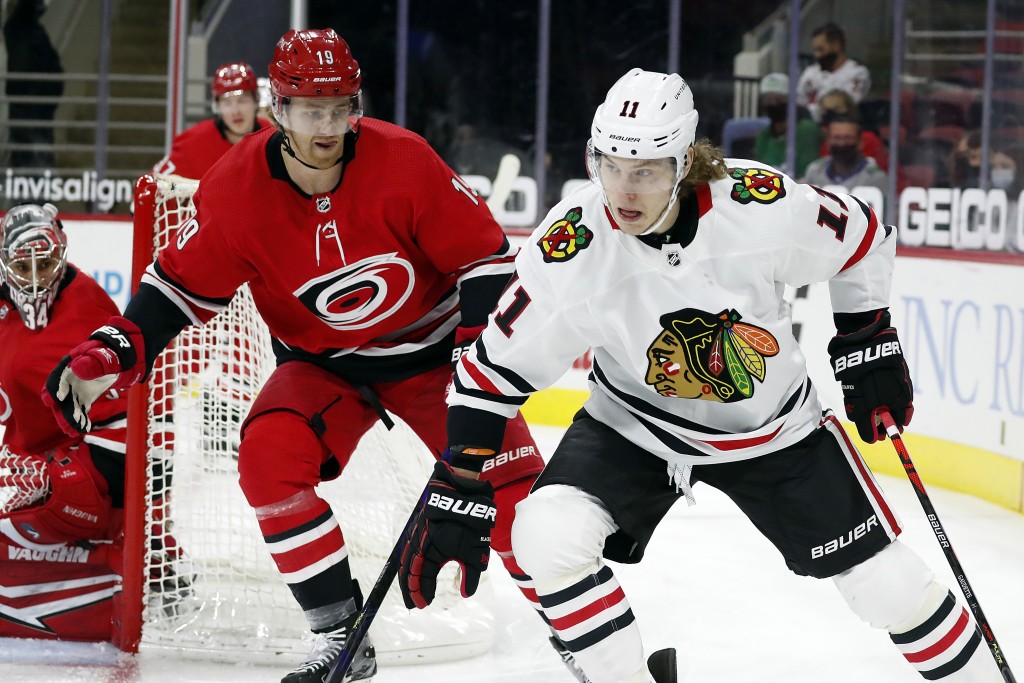 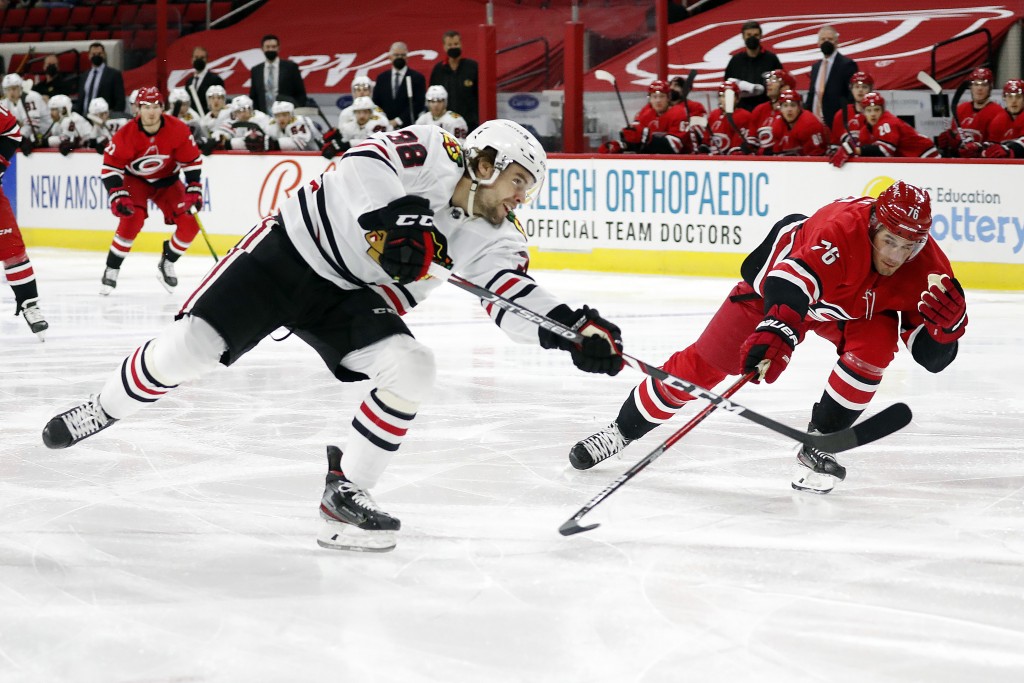 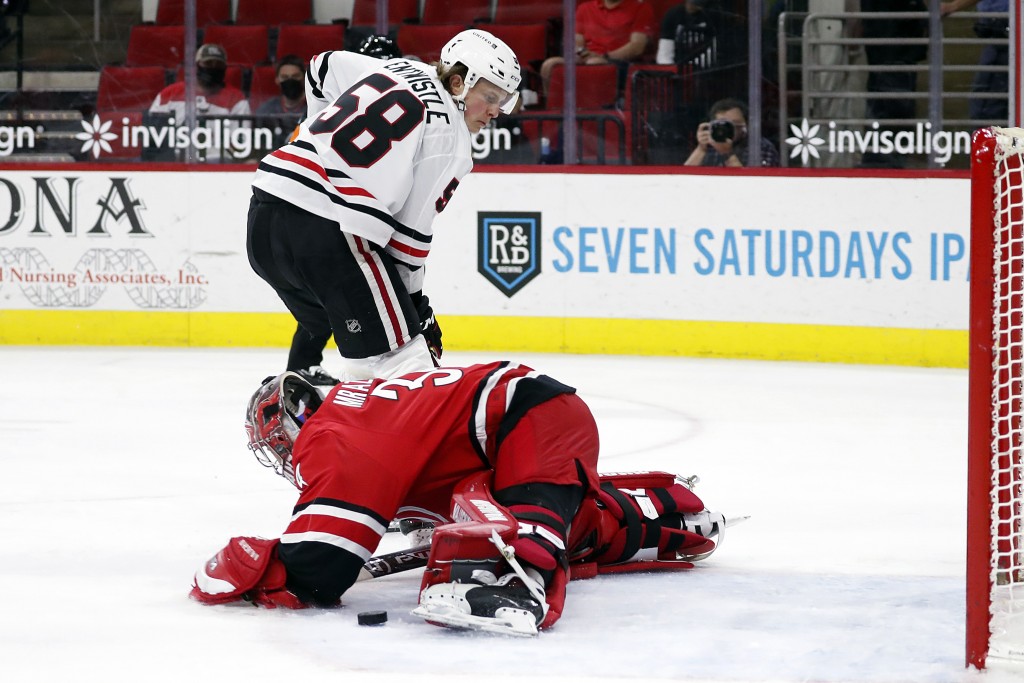 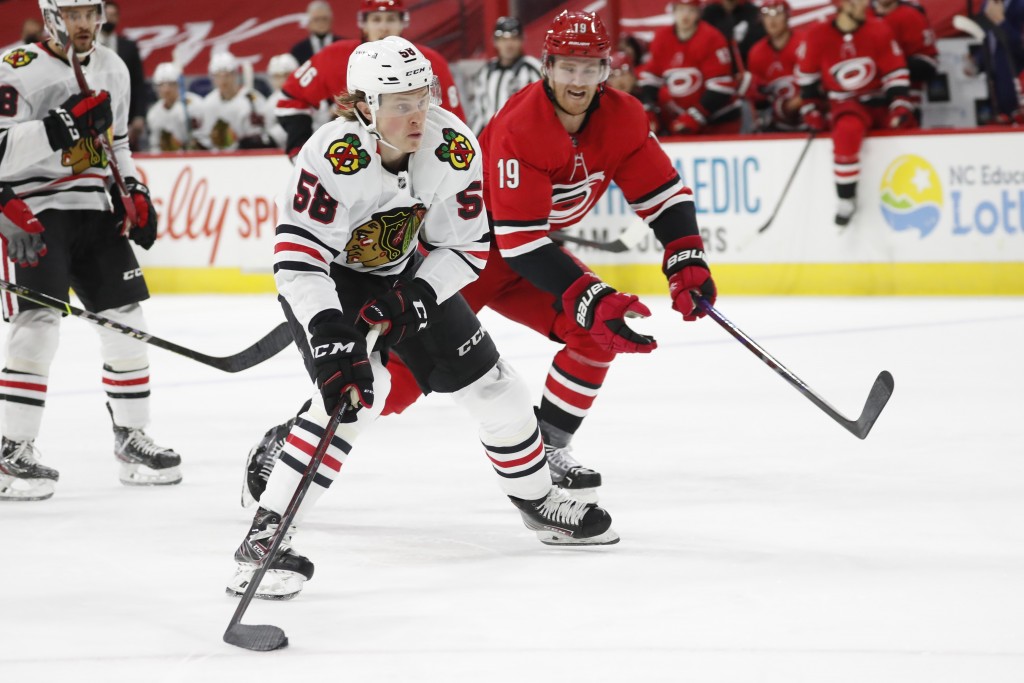 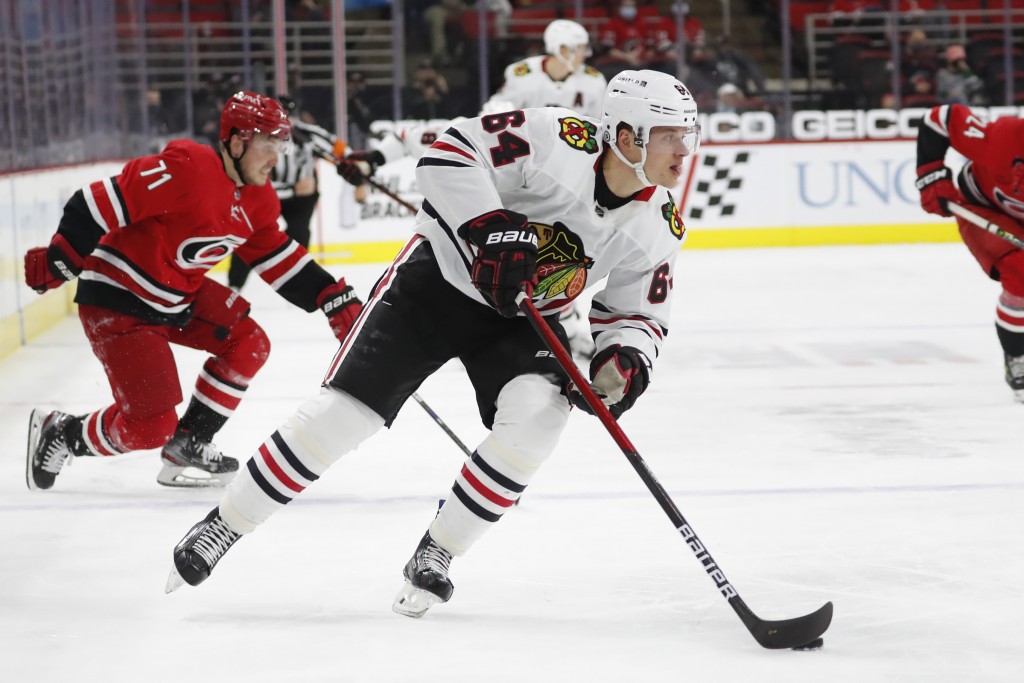 RALEIGH, N.C. (AP) — Alex DeBrincat beat Petr Mrazek at 2:02 of overtime to help the Chicago Blackhawks rally past the NHL-leading Carolina Hurricanes 2-1 on Thursday night, salvaging the final game of a three-game set.

Collin Delia had 36 saves for the Blackhawks, who were eliminated from postseason contention Monday to start the series and gave up 11 goals in the first two losses to the Hurricanes.

This time, the Blackhawks erased a 1-0 deficit with Riley Stillman's redirect for his first NHL goal at 16:59 of the third. DeBrincat then fired one from between the circles past Mrazek — who went from flirting with a shutout to taking a loss — to end a six-game skid.

Martin Necas scored a short-handed goal for the Hurricanes, who are chasing the Presidents' Trophy. They had won five straight and this marked their 13th straight game with at least a point in the standings, though they stumbled to close their regular-season home slate.

Necas got the Hurricanes on the board with a strong individual effort, aided by an awkward collision between Chicago defenseman Duncan Keith and a linesman.

Keith stumbled as he tried to corral the puck near the blue line on a power play. As he fell, the lineman's knee hit Keith in the helmet as he tried to get out of the way, allowing Necas to skate in and collect the unclaimed puck.

Necas finished it off for the short-handed goal at 9:49 for the first, yet the Hurricanes didn't beat Delia again.

Mrazek finished with 25 saves for Carolina in his second appearance since missing time with a lower-body injury.

Keith didn’t return to the bench for the second period and was ruled out for the game, though the team didn’t specify the issue.

Chicago also lost forward Brett Connolly late in the second period when he collided with Carolina's Steven Lorentz and ended up face down on the ice. He was eventually helped to the tunnel with 2:20 left and was ruled out for the third.

Earlier Thursday, the team said center Kirby Dach would miss the game as well as the final two games against Dallas. In a statement, team physician Michael Terry said Dach had aggravated a right-wrist injury and was having “some post-operative discomfort.”

Blackhawks: Host Dallas on Sunday to start a home doubleheader to close the schedule.

Hurricanes: Visit Nashville on Saturday to start a two-game set that closes the regular-season schedule. The Hurricanes have won all six meetings this season.