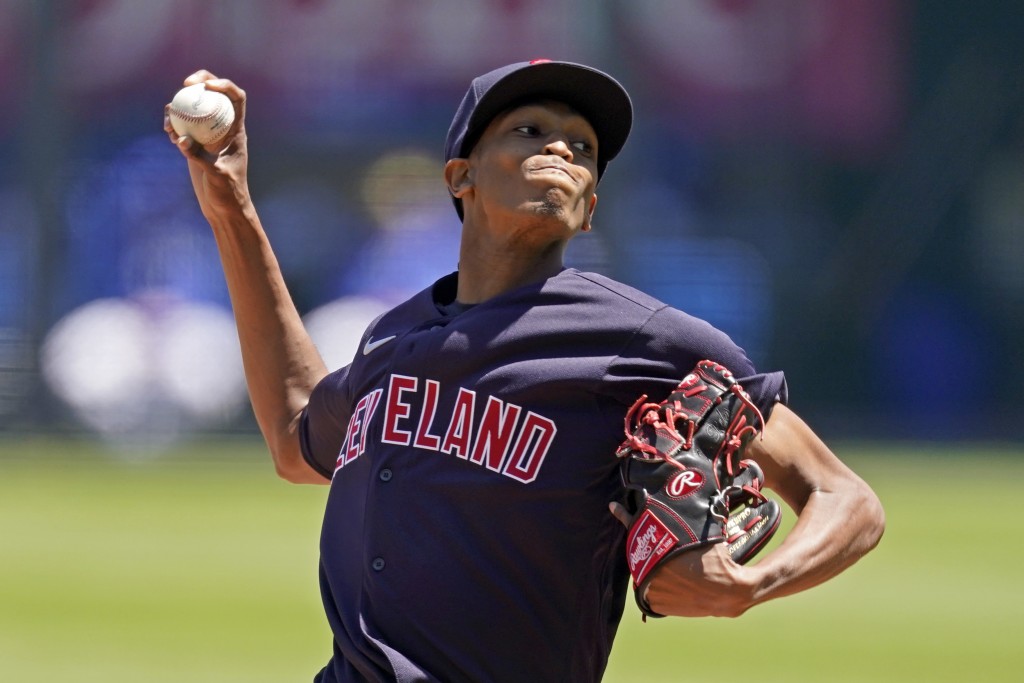 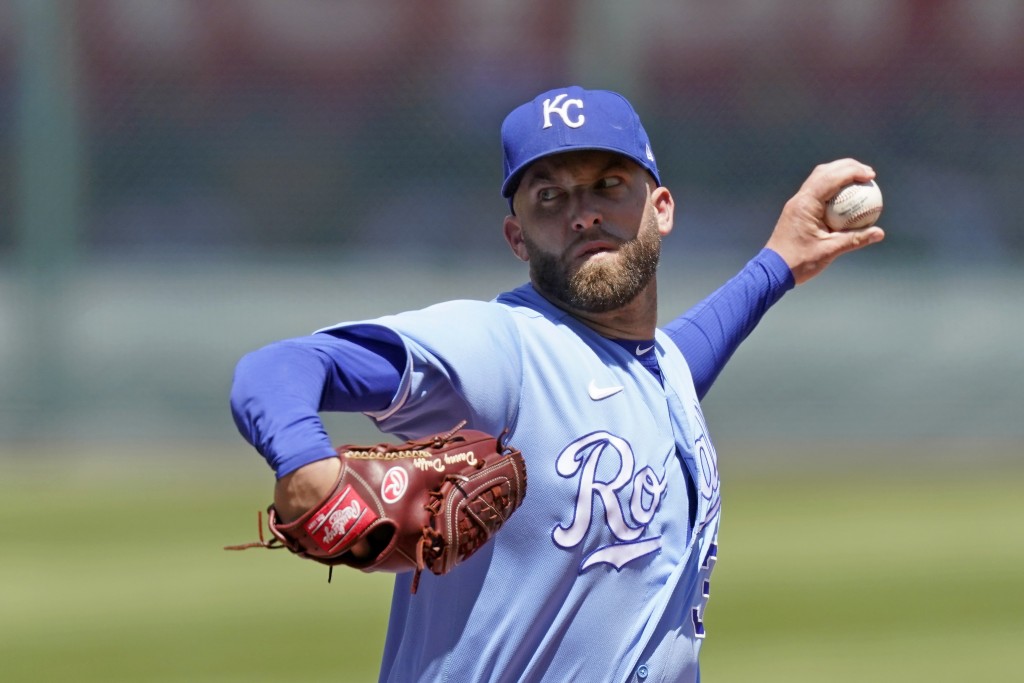 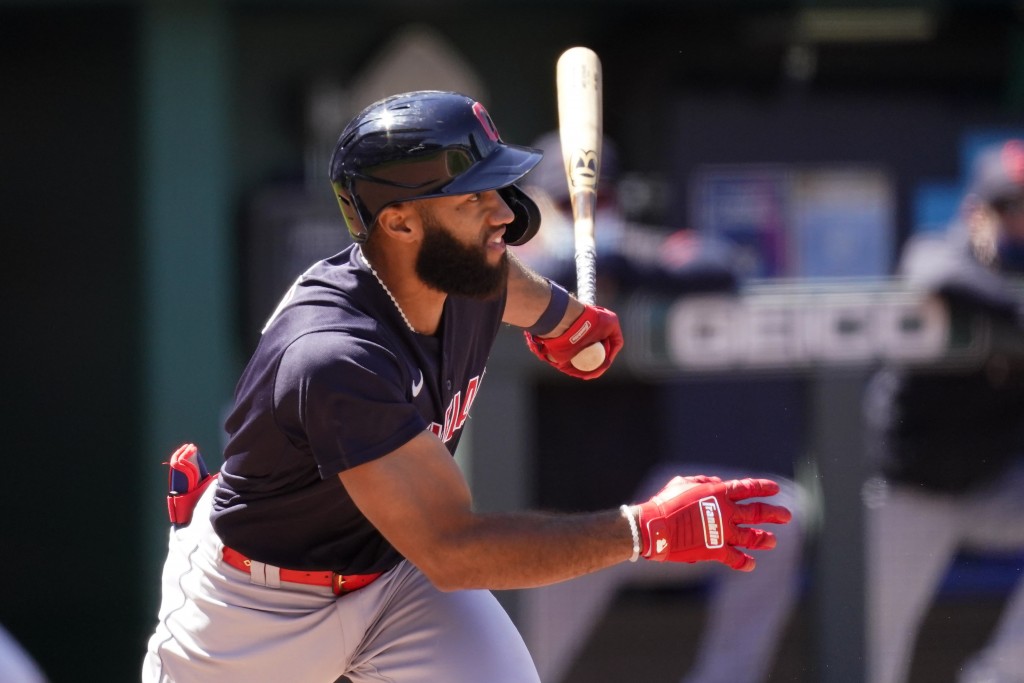 KANSAS CITY, Mo. (AP) — Triston McKenzie bounced back from a rugged start to pitch one-hit ball into the sixth inning and the Cleveland Indians completed a four-game sweep by blanking the Kansas City Royals 4-0 Thursday.

It was the fifth straight loss for the Royals, who came into the series with the best record in baseball. Cleveland went 6-1 on its road trip against the White Sox and Kansas City, and has won nine of 11.

This was the first time in the 48-year history of Kauffman Stadium that the Indians swept a four-game series at the park. The last time Cleveland swept a four-game set in Kansas City, it was against the A’s in Municipal Stadium in 1960 — Tito Francona, the father of Indians manager Terry Francona, totaled five hits for Cleveland in that previous sweep.

“I feel like it just shows the kind of players and team we have,” McKenzie said. “From top to bottom early on, everybody was like, ‘Oh, they’re not going to hit, they can’t do this, they can’t do that.’ This road trip we really proved the type of team that we can be.”

“I know it was a good trip,” he said. “But we got to move on. Because you just need to win the game at hand."

Franmil Reyes launched his eighth home run as he continued to hit well at Kauffman Stadium. He is batting .538 (14 for 26) with two homers, six doubles and six RBIs in seven career games at the park.

Cesar Hernandez and Rene Rivera each had three hits for Cleveland.

McKenzie (1-1), who gave up five runs in two innings in his last start against Kansas City, exited after a single and walk in the sixth. He struggled with his control, walking four and striking out five.

“Even when I fell behind guys there was a lot more urgency to get back into the count and let them put the bat on the ball. There were some situations where I was behind the count and they kind of bailed me out. Harold made a nice play in center field for me, or I got a double play there. Those are all huge, especially for the team," he said.

The losing streak drops Kansas City out of first for the first time since April 13.

“We like to take the positives from the wins and learn something and move forward,” Royals manager Mike Matheny said. “We like to do the same with the losses, but sometimes it’s a lot easier to talk about it than to put it into play.

“We’ve got a lot of baseball to go this season. It’s not going to be the last tough run of things not going the way you want them to. It’s just how quick we rebound. We need some guys to be able to help us take the next step," he said.

Danny Duffy (4-2) allowed three runs and eight hits, striking out six and walking one. He exited with a 1.26 ERA, the first time this season it’s been above 1.00.

“I felt like I had pretty good stuff,” he said. “For whatever reason I had trouble putting guys away when I got to two strikes. I need to improve on that.”

Duffy worked around Hernandez’s double to lead off the game, then gave up a double to Harold Ramirez to begin the second and an RBI single to Amed Rosario. It was first earned run Duffy allowed this season not on a solo homer.

The Indians added another run in the fifth on three straight soft singles with two outs. Jordan Luplow hit the third of the three in the hole at short, driving in Rivera.

Duffy walked Reyes to begin the sixth, struck out the next two batters and gave up a triple to Rosario on his last pitch.

Reyes homered in the eighth.

Indians: RHP Zach Plesac (2-3, 4.78 ERA) will get the ball as Cleveland returns home to face the Cincinnati Reds. In his last two starts, he has a 2.03 ERA while holding opponents to just a .170 average.

Royals: RHP Brad Keller (2-3, 8.05 ERA) will face the Chicago White Sox. Keller will be trying to get on track after a difficult start to the season.