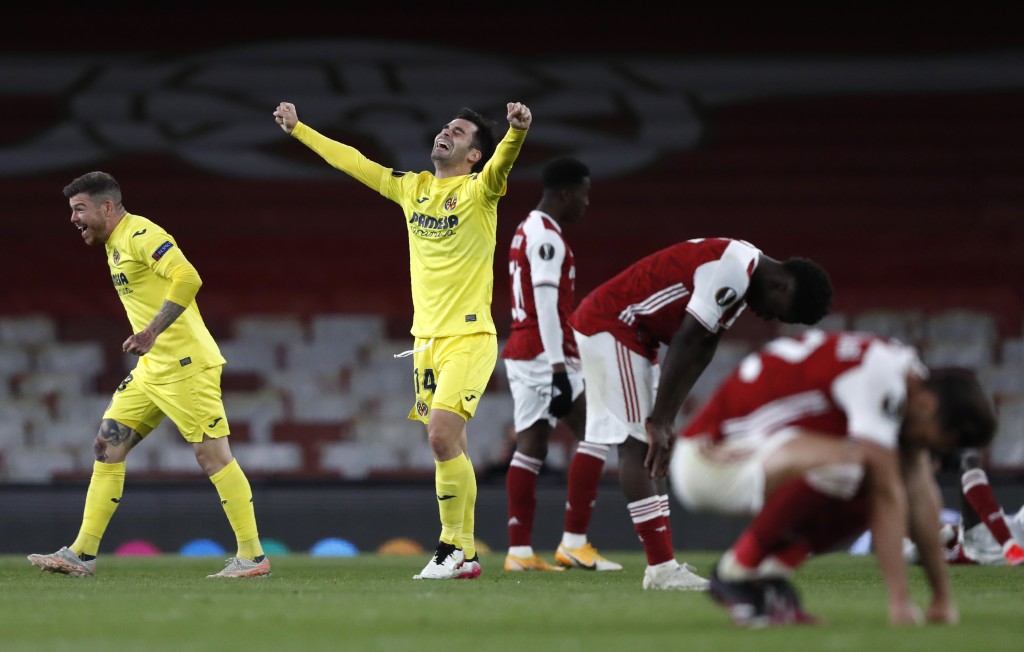 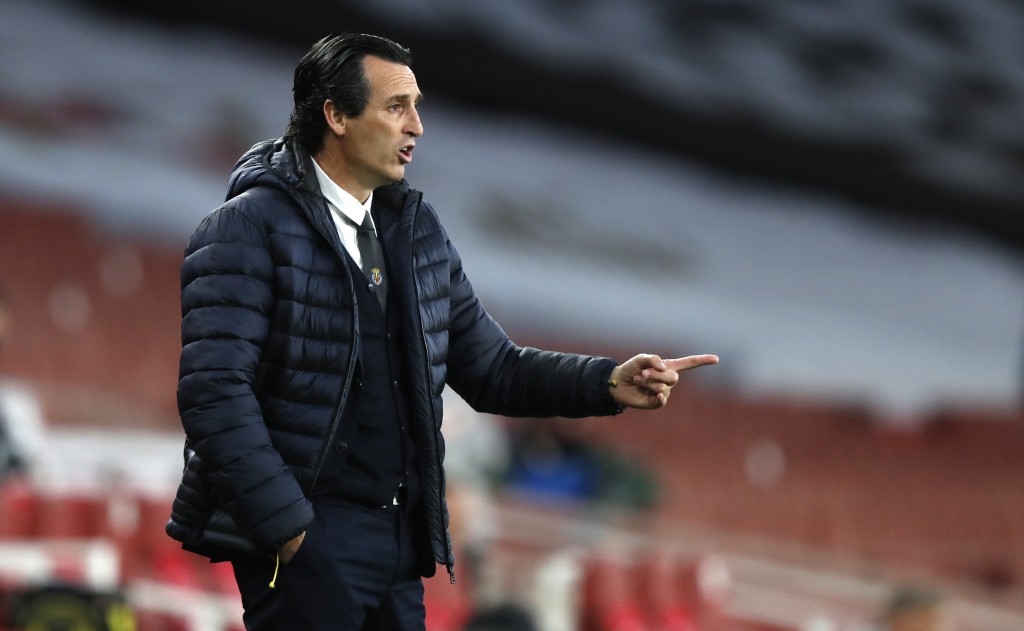 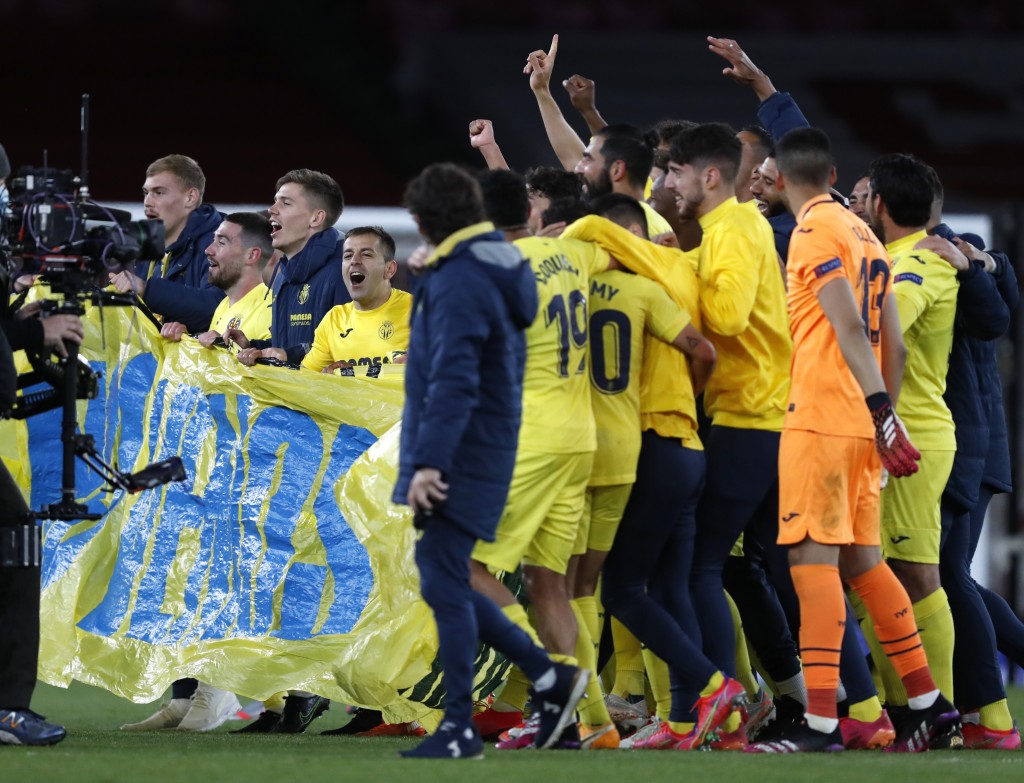 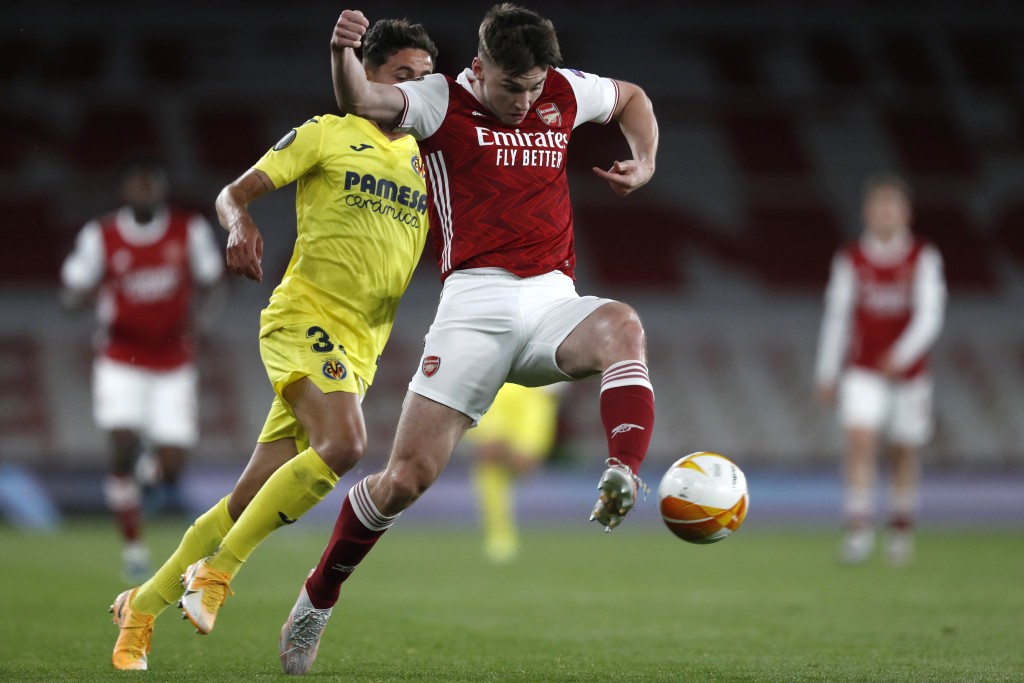 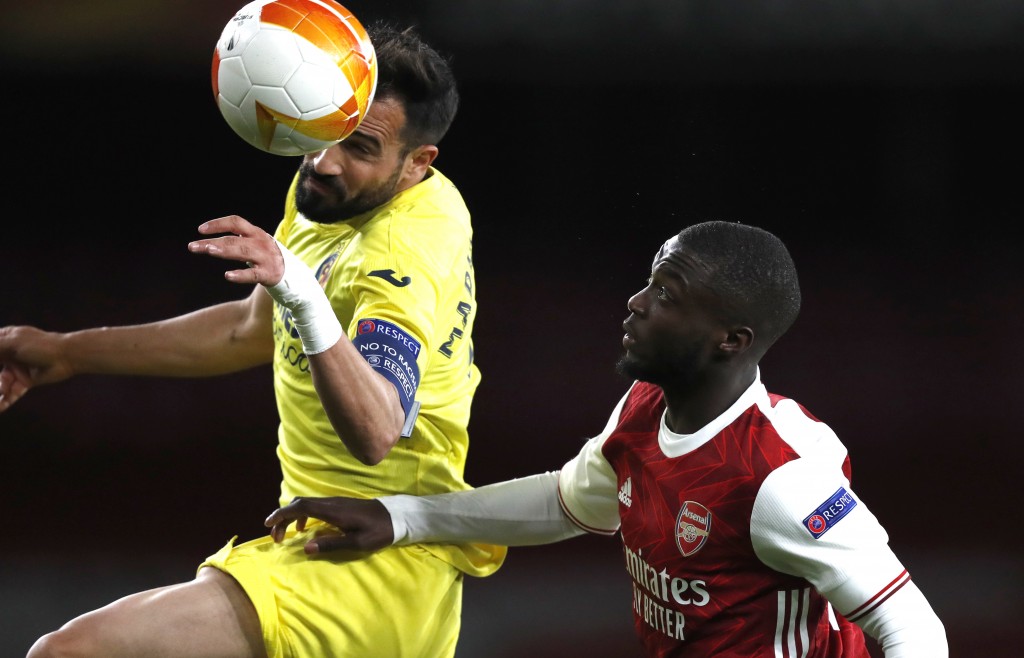 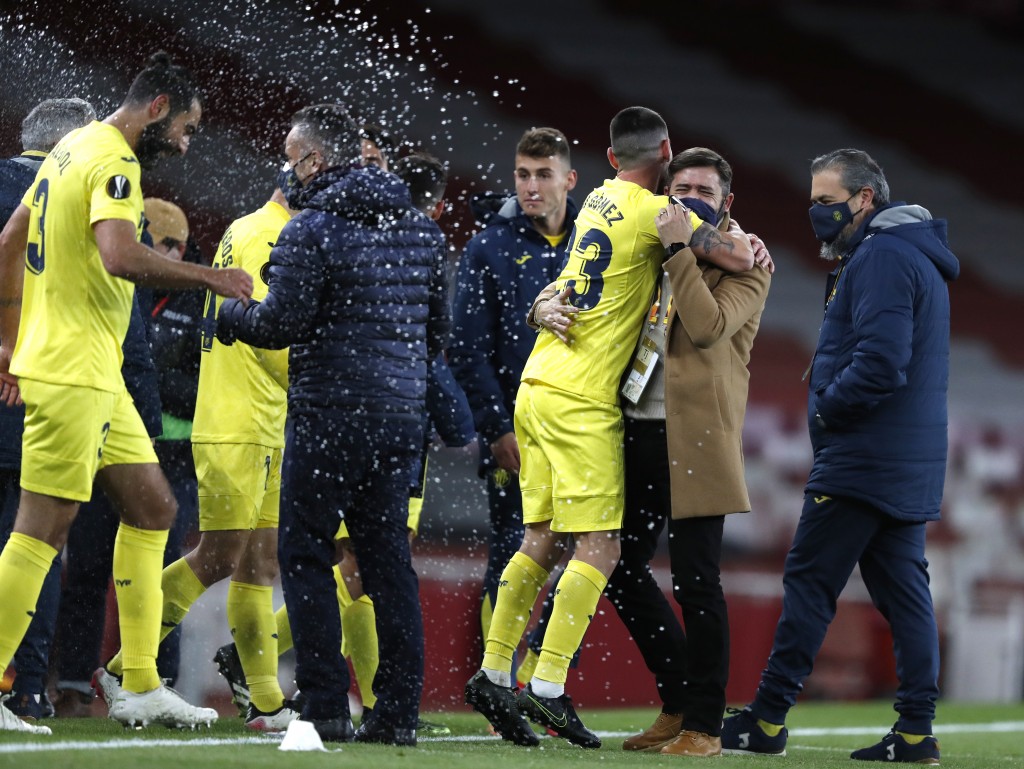 LONDON (AP) — Villarreal coach Unai Emery calmly walked out of the Emirates Stadium tunnel so late that he nearly missed the kickoff, as if he already knew he was heading to yet another Europa League final.

On his return to the team that fired him last season, Emery quickly shook his replacement Mikel Arteta's hand and then watched as his new team held Arsenal to a 0-0 draw in the second leg of their semifinal on Thursday. That was enough to secure a 2-1 aggregate win and set up a final against Manchester United on May 26 in Poland.

For Arsenal, the failure to overturn the deficit means the team is facing the possibility of being shut out of continental competition for the first time in 25 years.

Villarreal controlled the first half, nearly scoring an early goal when Samu Chukwueze fired a curling shot in the fifth minute. But Arsenal goalkeeper Bernd Leno was alert and palmed the ball out for a corner.

The visitors were nearly gifted a goal in the 14th, when Arsenal midfielder Thomas Partey’s wild backpass from long range nearly fooled Leno, who had to backpedal quickly to get the ball under control. A free kick from Daniel Parejo culred over Arsenal’s wall but didn’t dip, sailing just over the crossbar in the 23rd.

Arsenal lacked spark in the first half, but nearly went ahead in the 26th when captain Pierre-Emerick Aubameyang’s shot hit the outside of the post. The forward nearly scored again in the 39th through a goalkeeping error when his shot was spilled by goalkeeper Geronimo Rulli and the ball squeezed between his legs. But the keeper was able to claim it before the ball could trickle over the line.

Aubameyang hit the post again in the second half, this time on the inside. And Arsenal defender Rob Holding had two headers that went close, but Villarreal's defense saw the match out.

Emery already has a storied history in the Europa League, winning it three times in a row with Sevilla from 2014-2016. But he failed to win the title on his fourth attempt in 2019, when he was Arsenal manager and the club was hoping that a victory in the final would get them back into the Champions League. The Gunners lost 4-1 to Chelsea in that match.

On Thursday, Emery pumped his fists and screamed in joy at the final whistle before going to shake Arteta's hand. Villarreal players were ecstatic, celebrating on the field by unfurling and holding a big banner in Spanish that said “Nos vemos en Polonia,” or “We'll see you in Poland.”

Two of Raúl Albiol's teammates tackled him to the ground while he was giving a post-match television interview and sprayed him with water.

Arsenal's elimination will anger fans further as the team sits mid-table in the Premier League and has little chance of qualifying for even the Europa League next season.

“We are devastated, really disappointed,” Arteta said. “We tried everything up until the last minute.”

It's a situation Arsenal hasn’t been in since the 1995-96 season — a year that fell between the illustrious managerial eras of George Graham and Arsene Wenger.

A few dozen Arsenal fans gathered outside Emirates Stadium before the match, some of them protesting against Stan Kroenke’s ownership and the club’s doomed bid to join the Super League a few weeks ago. It was a much smaller group compared to the hundreds who held a noisy demonstration before the Premier League match against Everton on April 23.

Arteta was forced to make a change before a ball was even kicked on Thursday when left back Granit Xhaka was forced to be taken out of the starting lineup after he pulled up with a tight muscle in the warmup.

“It changed our game plan completely. We could see in the first half we were struggling with the ball," Arteta said.

Kieran Tierney, who himself just came back from a knee injury and only started training again a few days ago, was Xhaka's replacement. Arteta lamented that he didn't have a fully fit squad, also mentioning Aubameyang's recent bout of malaria.

“The way we started the game wasn’t good enough,” Arteta said. “We didn’t arrive here with everybody in top condition to be at our best.”