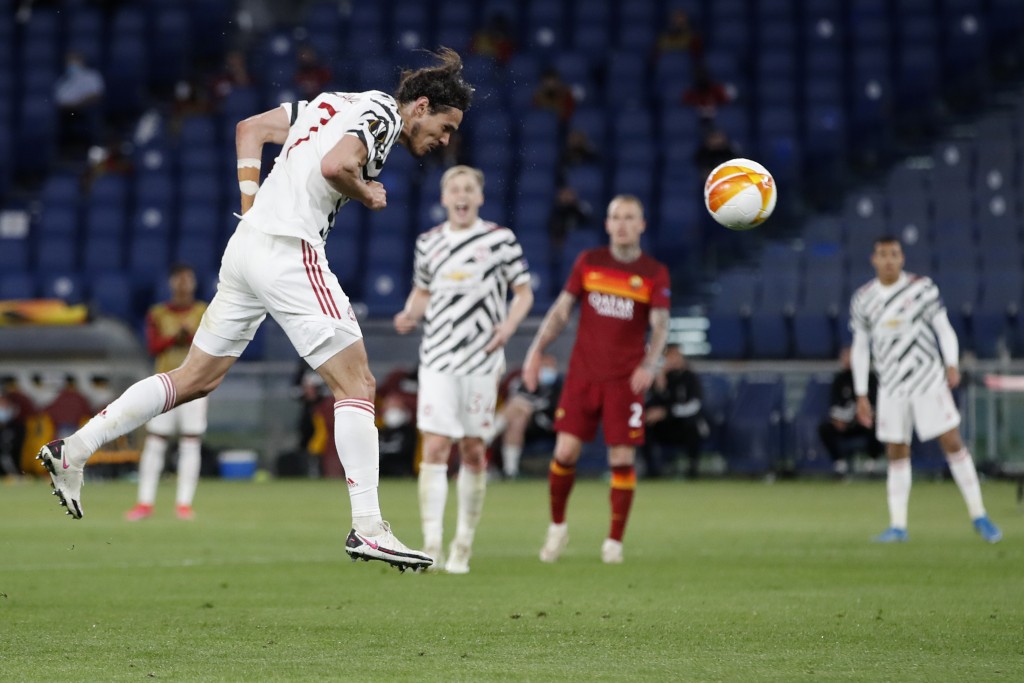 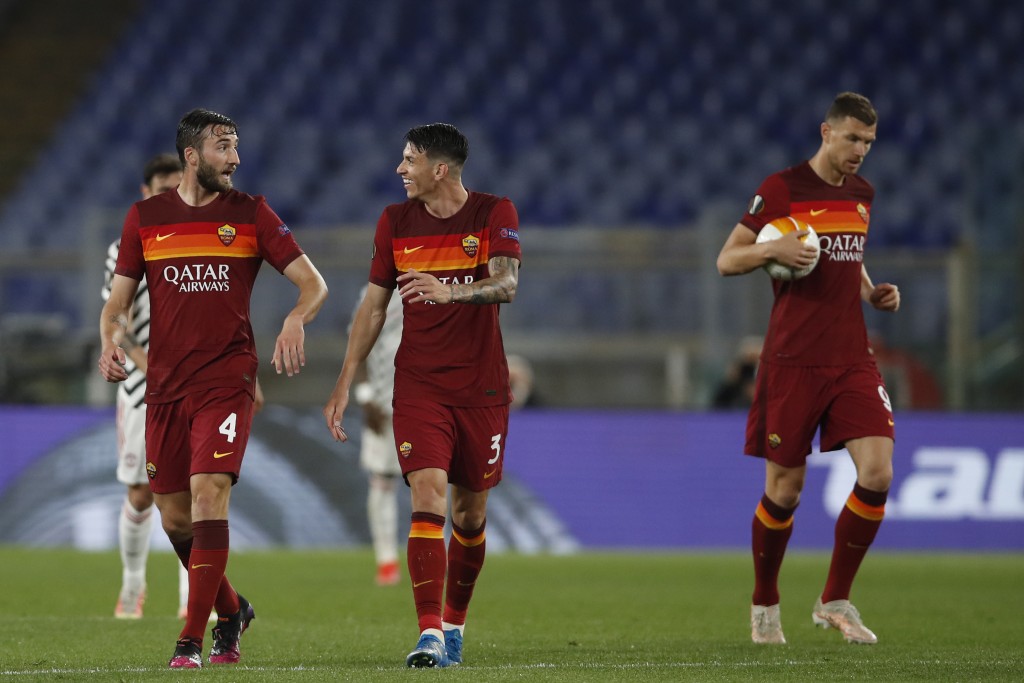 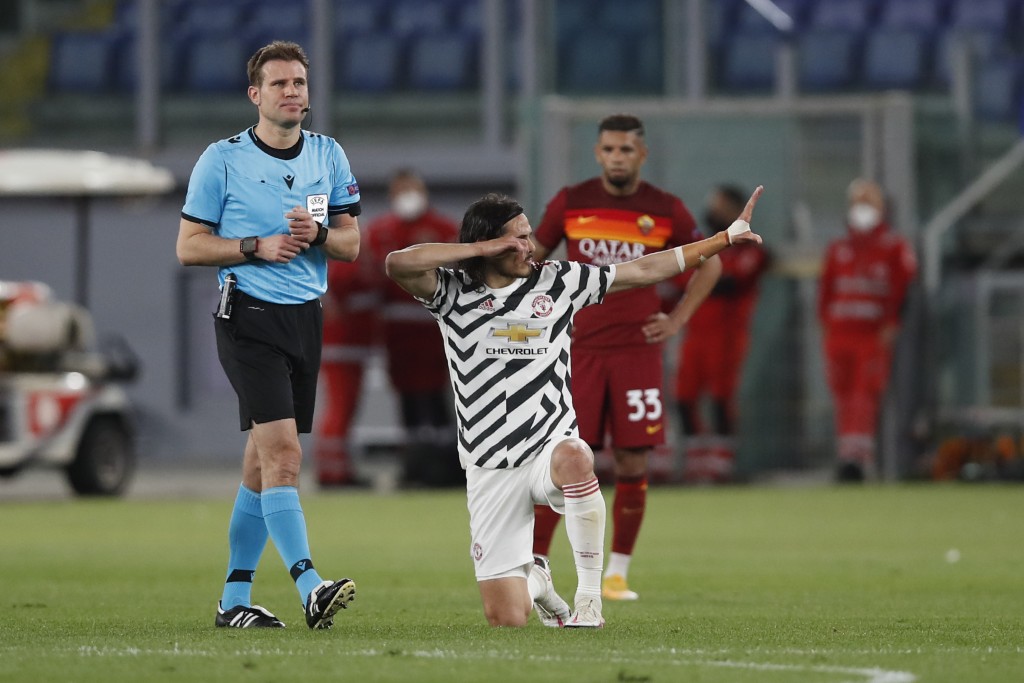 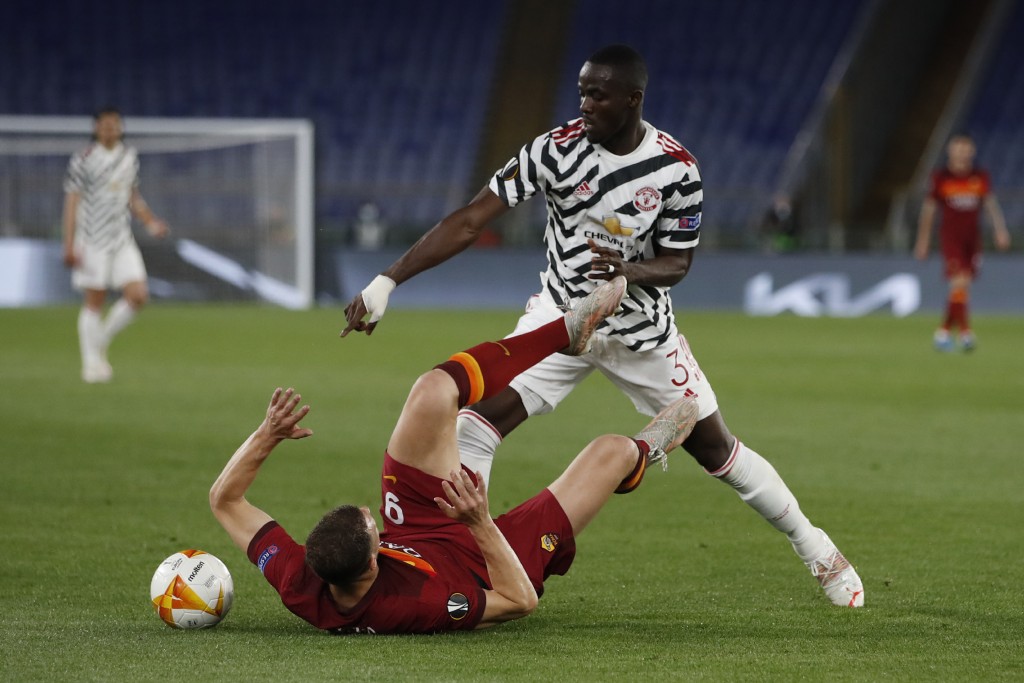 A 3-2 loss to Roma in the second leg of the Europa League semifinals on Thursday didn't prevent United completing an 8-5 victory on aggregate.

It ended a run of four losses in the semifinals of major tournaments in the last 18 months for Solskjaer, who is under pressure to win United’s first trophy since 2017. That came in the Europa League, when Jose Mourinho was manager.

Villarreal will be United’s opponent in the May 26 final in the Polish city of Gdansk after beating Arsenal 2-1 on aggregate in the other semifinal. The second leg finished 0-0 on Thursday.

Faced with a huge task at the Stadio Olimpico after its 6-2 thrashing at Old Trafford last week, Roma created enough great chances to pull off what would have been a remarkable comeback.

Goals by Edin Dzeko and Bryan Cristante, in the 57th and 60th minute, briefly put Roma 2-1 ahead and were the least the Italian team deserved after regularly breaching United’s defense. The visitors were thankful for a slew of saves by David de Gea in both halves, ensuring Nicola Zalewski's 83rd-minute winner on the 19-year-old's debut proved only a consolation for Roma.

Roma couldn’t keep United at bay at the other end as Cavani showed his prowess as a finisher, opening the scoring in the 39th minute by taking a touch from Fred’s pass and smashing in a shot from just outside the area.

His second goal, a header from Bruno Fernandes’ cross in the 68th, made it 2-2 and came as a relief for United because Roma was threatening to score at will.

Winning the Europa League was Roma’s only potential route back into the Champions League for next season, when it will be coached by Mourinho after the team chose this week to part ways with Paulo Fonseca.