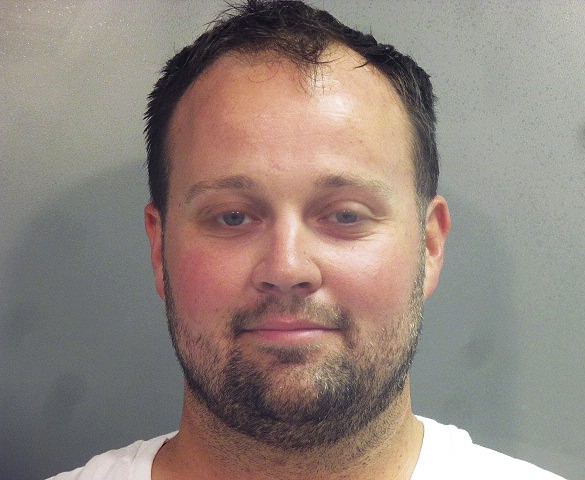 FAYETTEVILLE, Ark. (AP) — Former reality TV star Josh Duggar was released from an Arkansas jail Thursday as he awaits trial on federal charges that he possessed and downloaded child pornography.

Duggar, 33, did not speak to reporters as he walked out of the Washington County jail in Fayetteville with his attorney Thursday afternoon, a day after a federal judge granted Duggar's release while he awaits his July 6 trial. Duggar will be confined to the home of family friends who have agreed to serve as his custodians.

Duggar was indicted Friday after being arrested by U.S. Marshals. He has pleaded not guilty.

Duggar starred on TLC’s “19 Kids and Counting” until it was pulled from the network in 2015 following revelations that Duggar had molested four of his sisters and a babysitter. Duggar’s parents said he had confessed to the fondling and apologized.

Duggar previously apologized for a pornography addiction and cheating on his wife.

A federal agent testified Wednesday that multiple pornographic images of children, including toddlers, had been downloaded to a computer at a car dealership that Duggar owned in May 2019.

A monitoring program that sent reports to Duggar’s wife about his activity had been installed, but the images and videos were downloaded after software had been installed that allowed him to download them without being monitored, the agent said.

Under the terms of his release, Duggar can have contact with his children but only with his wife present. He cannot be around any other minors, including other relatives.