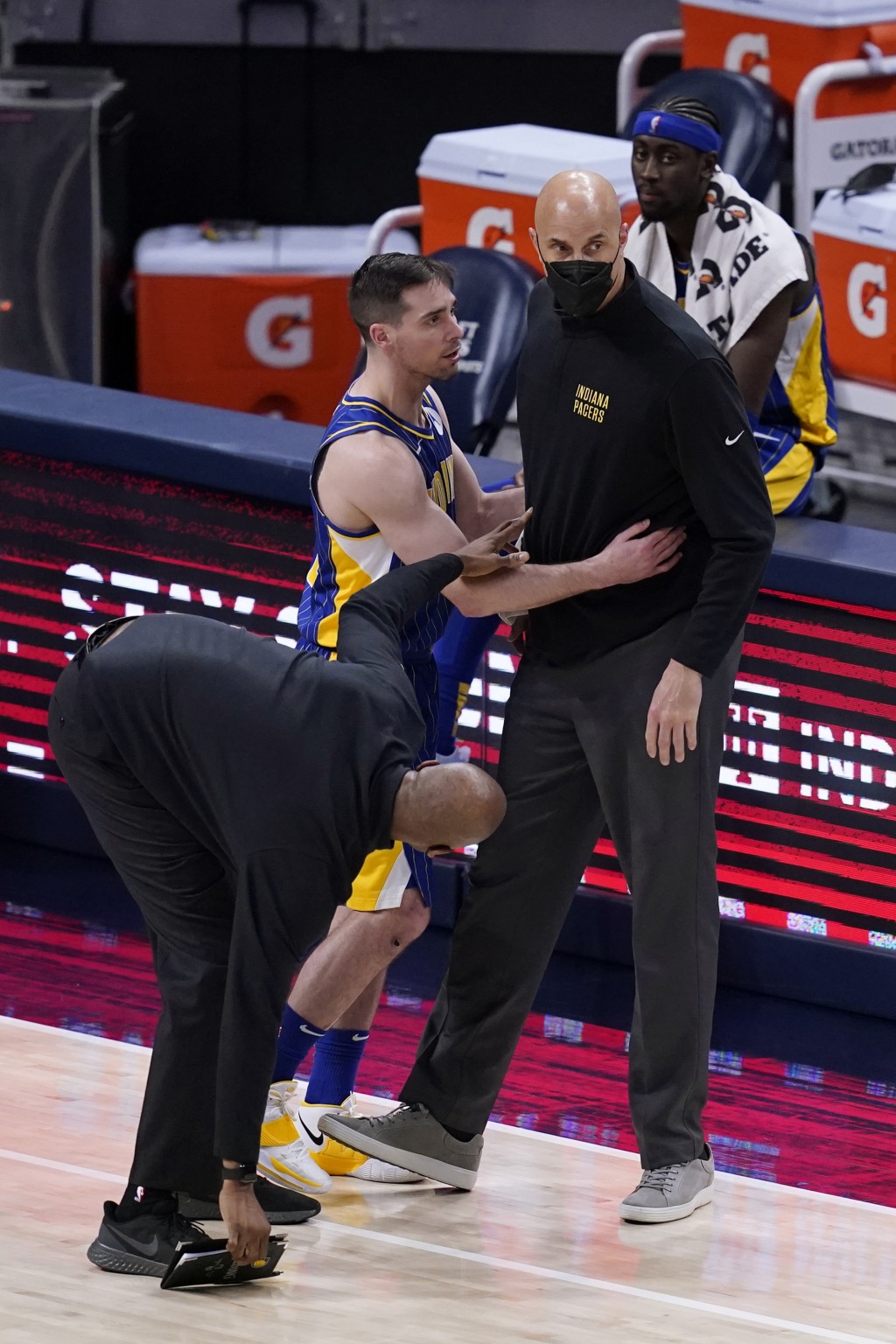 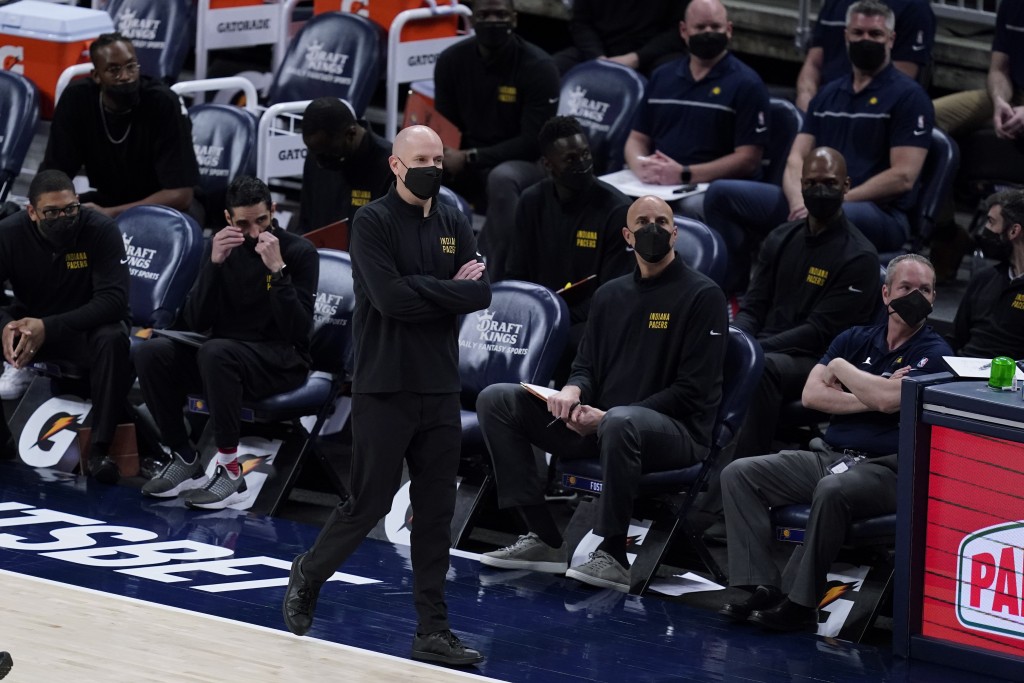 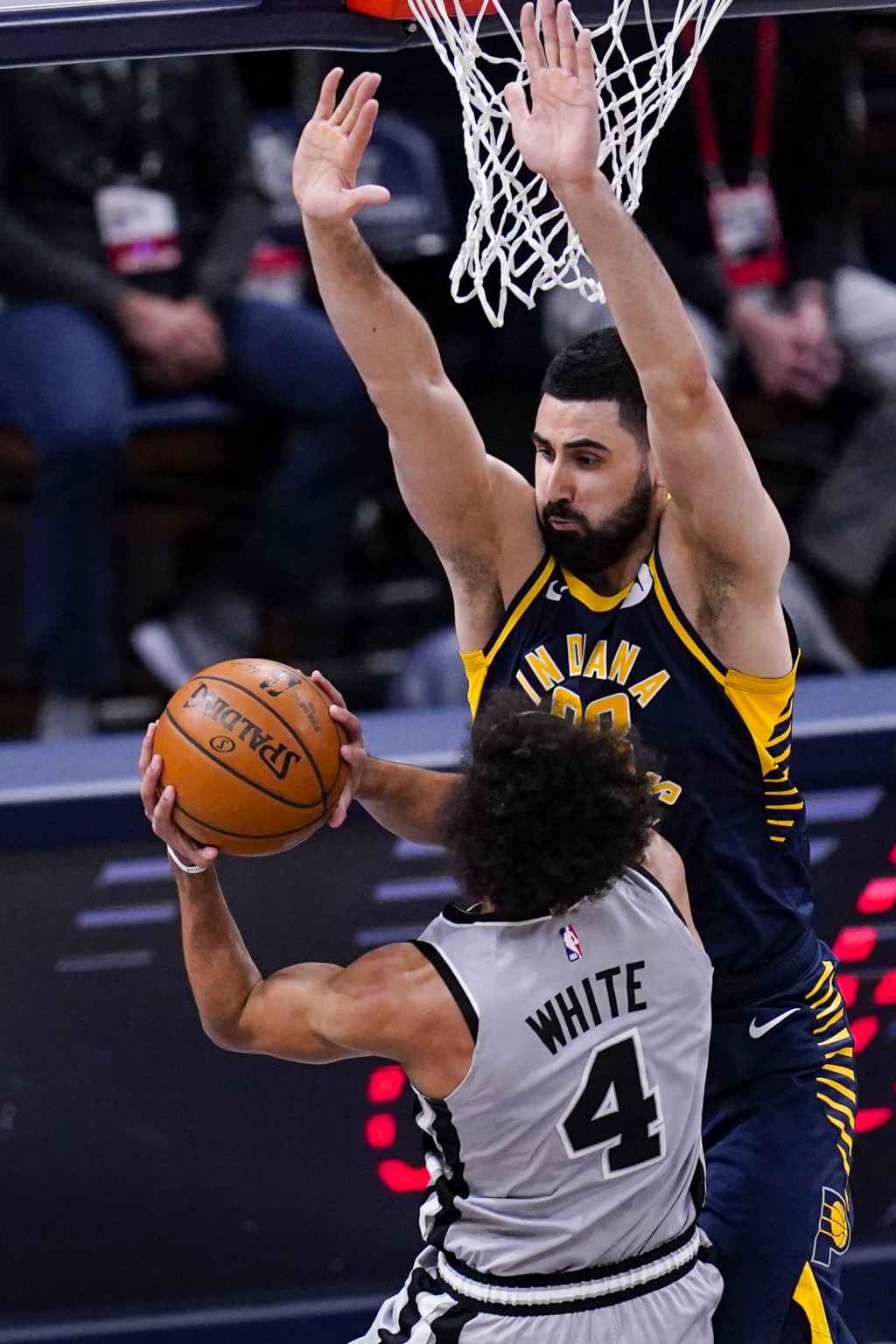 INDIANAPOLIS (AP) — The Indiana Pacers announced Thursday they are suspending assistant coach Greg Foster for one game and fining center Goga Bitadze an undisclosed for an argument they had during a loss to Sacramento.

A statement from the team called it an “internal matter" and no additional details will be released.

The third-quarter incident Wednesday began after Bitadze allowed Maurice Harkless to grab a rebound and score on a dunk, which prompted Foster to scold Bitadze for his effort. When Bitadze answered by making a 3-pointer, he appeared to curse at Foster. Finally, when play stopped with 2:26 to go, a heated exchange between the two occurred and another player intervened to prevent it from escalating.

Indiana's defense has struggled all season and is currently allowing 115.0 points per game, 25th in the league. The Pacers have given up at least 109 points in 17 of their last 19 games and have now fallen into the 10th and final spot in the East to make the play-in round.

“We’re in a frustrating stretch here," first-year coach Nate Bjorkgren said Wednesday. “There's a lot going on with the challenges and navigating through a season. The competitive juices are flowing and things like that will happen."

Recent reports also have called Bjorkgren's future with the team into question because of concerns over his communication and relationships with players and others inside the organization. On Wednesday, Bjorkgren said he blamed himself for those concerns.