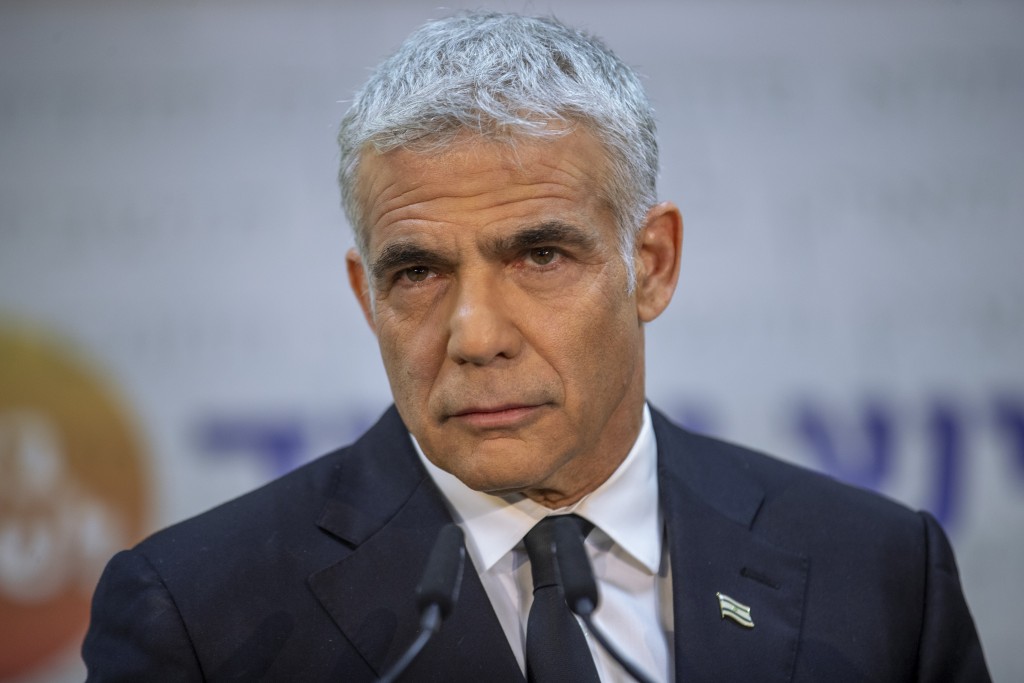 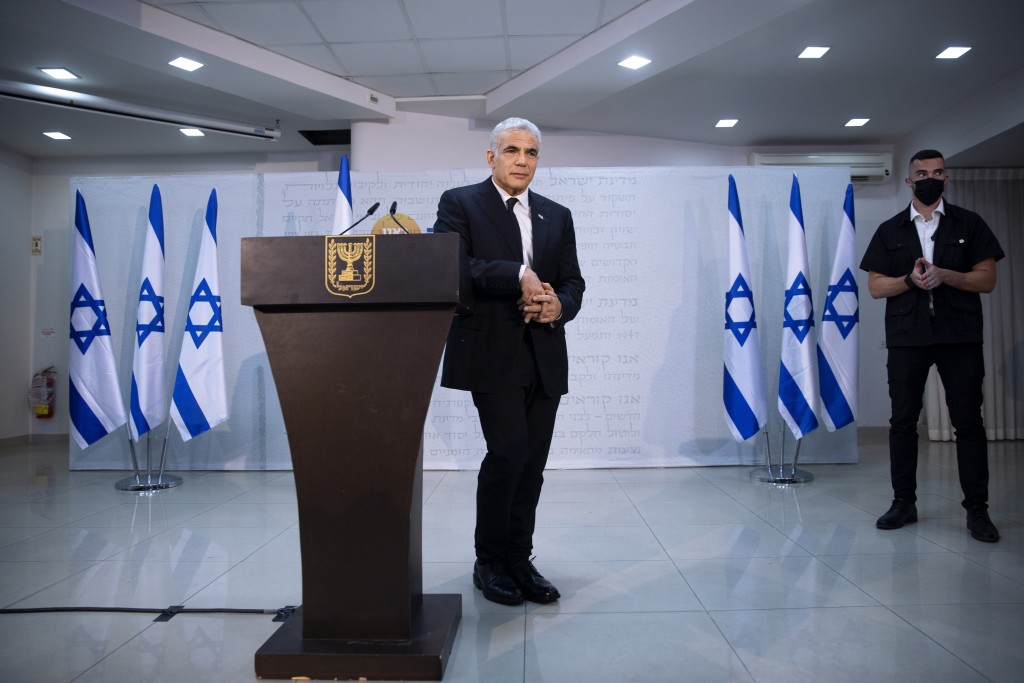 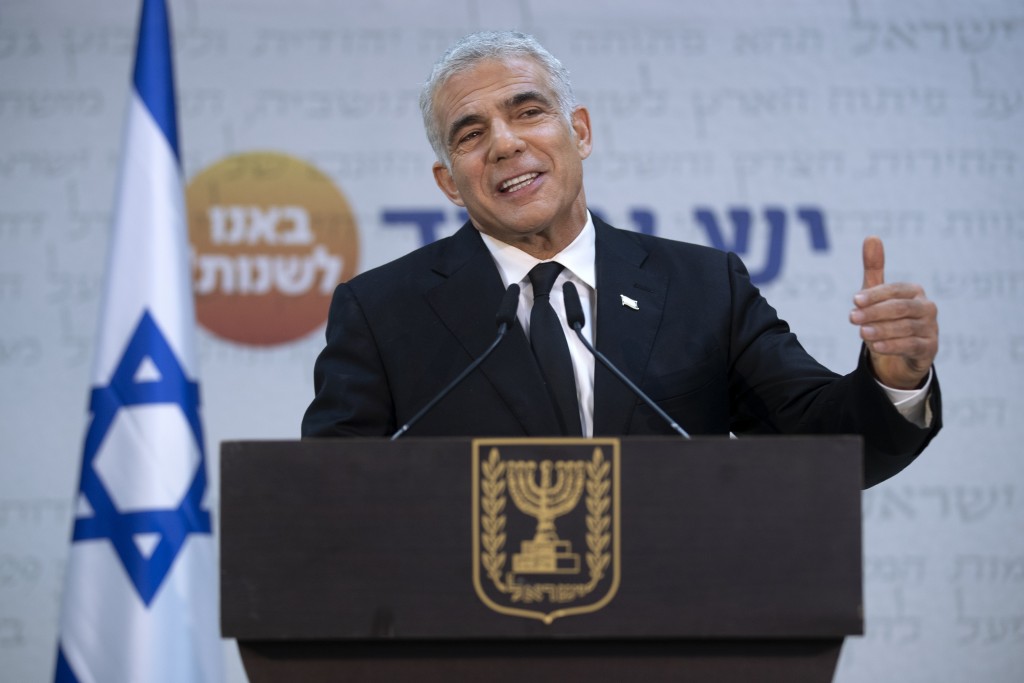 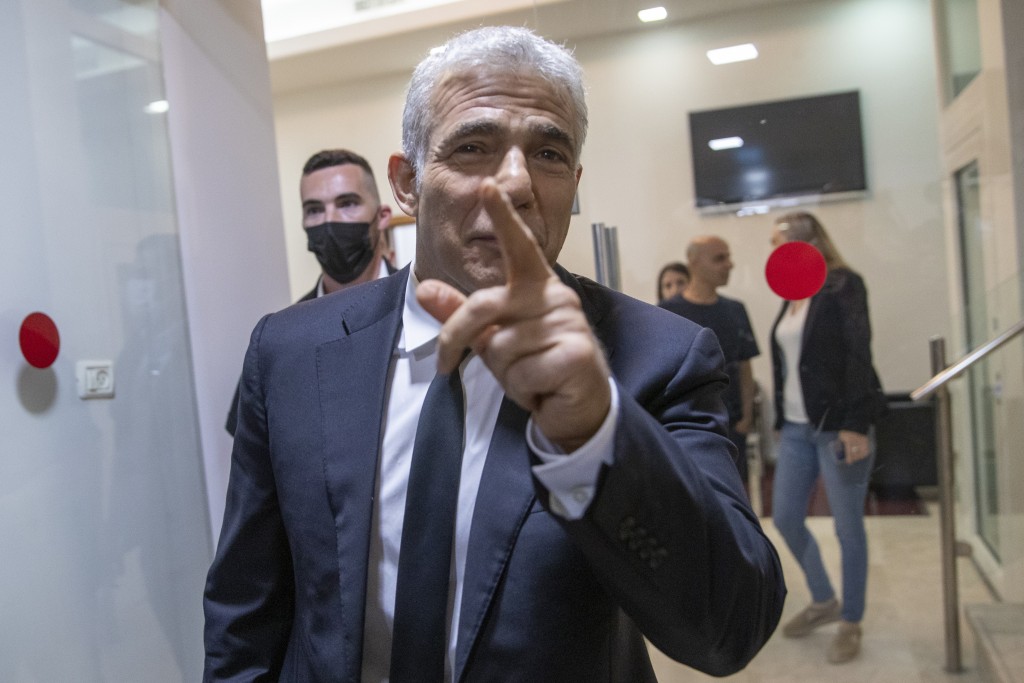 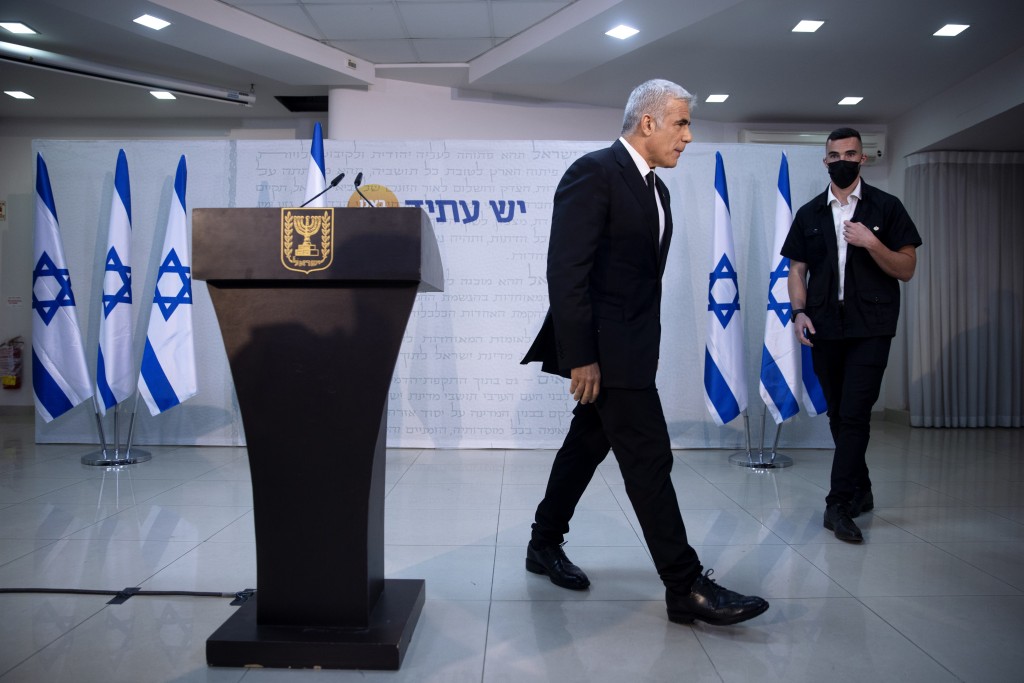 Yair Lapid issued the appeal in his first speech since he was tapped by Israel's president on Wednesday to form a new government.

“I believe in the good intentions of my future partners,” Lapid said. “They are different people with different views, but the fact that someone doesn’t agree with us, doesn’t make them an enemy.”

Lapid will have to bring seven parties with vastly different ideologies into a single coalition. But He has expressed optimism he can pull off the task and make history by ending Netanyahu's record-setting 12-year term in office.

Netanyahu has left the country deeply polarized, in large part because of his ongoing corruption trial. Four consecutive elections over the past two years — the most recent in March — have ended in deadlock.

Lapid has vowed to break the stalemate and heal the bitter divisions in Israeli society. He also wants to address deeper economic and social problems.

“From my first day in politics, that’s been my wish, it’s my mission: To find the shared good. To take Israeli society from disagreement to agreement,” Lapid said.

Lapid, 57, entered parliament in 2013 after a successful career as a newspaper columnist, TV anchor and author.

His Yesh Atid party ran a successful rookie campaign, landing Lapid the powerful post of finance minister. But the coalition quickly crumbled, and Yesh Atid has been in the opposition since 2015 elections.

The centrist party is popular with secular, middle-class voters, has been critical of Netanyahu’s close ties with ultra-Orthodox parties and has led calls for the prime minister to step down while on trial.