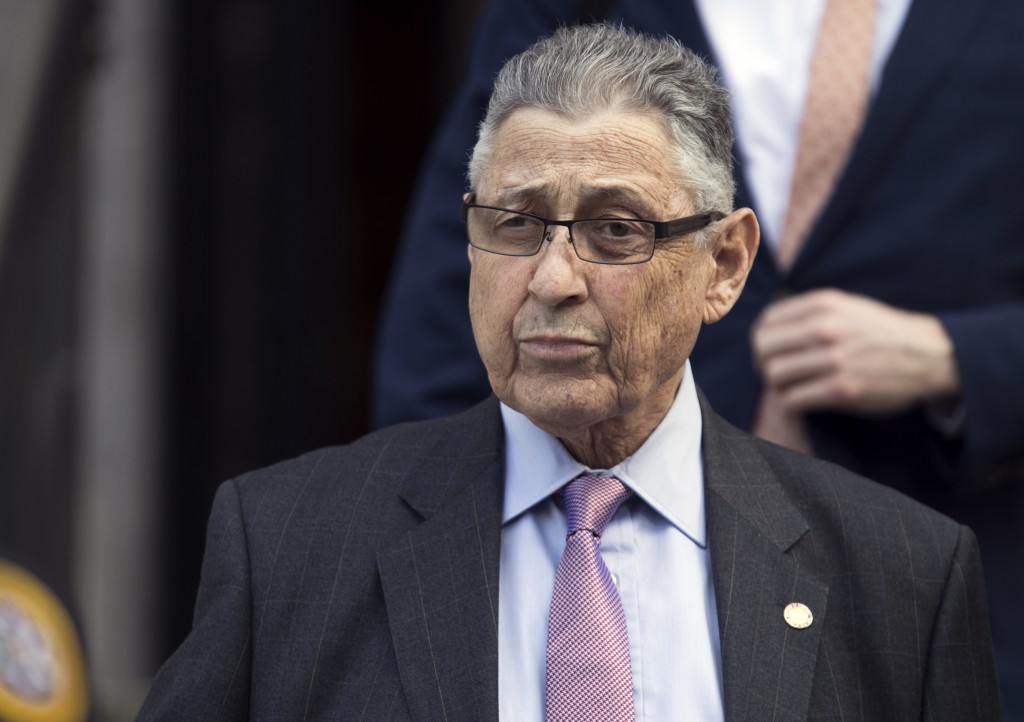 The person could not discuss the matter publicly and spoke to the AP on condition of anonymity.

Silver was released Tuesday from a federal prison on furlough while he awaited potential placement to home confinement. The 77-year-old Silver had been in prison since August, where he was serving more than six-year sentence at a prison in Otisville, New York.

His return to prison came after the U.S. attorney's office in Manhattan, which prosecuted Silver's case, said it had notified the Bureau of Prisons that it had opposed Silver's release.

The Federal Bureau of Prisons didn’t provide details or a reason for the transfer earlier this week, but Congress gave the Justice Department expanded powers during the coronavirus pandemic to release inmates on furlough and home confinement to prevent them from catching the virus behind bars.

Silver’s supporters have said he is in failing health and suffering from multiple medical conditions that make him more susceptible to contracting coronavirus.

Rabbi Akiva Homnick, who accompanied Silver home earlier this week, said he was focusing on Silver’s health and would not answer other questions about his return to prison.

Silver, a Democrat from Manhattan, was once one of the three most powerful state officials in New York. He led the state Assembly for more than two decades before his abrupt ouster in 2015 after the corruption allegations emerged.

He was ultimately convicted in a scheme that involved a type of illegal back-scratching that has long plagued Albany. He supported legislation that benefited real estate developers he knew. In return, they referred tax business to a law firm that employed Silver, which then paid him fees.

Appeals kept Silver out of prison for years. His initial 2015 conviction was overturned on appeal before he was convicted again in 2018. Part of that conviction was then tossed out on another appeal, leading to yet another sentencing in July.