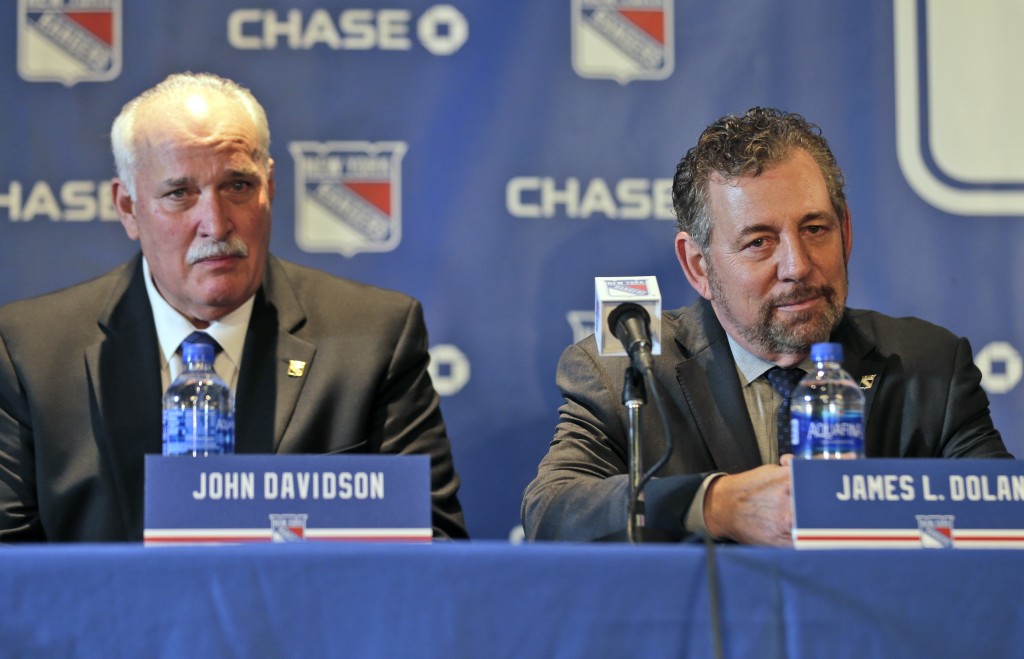 The New York Rangers were fined an extraordinary $250,000 by the NHL on Thursday for “demeaning” public comments about head of player safety George Parros.

After the league’s department of player safety fined but did not suspend Washington’s Tom Wilson for his role in a scrum against the Rangers that left Artemi Panarin injured, the team released a statement calling the decision a dereliction of duty and saying Parros was unfit to remain in his job.

The Rangers were fined 50 times more than the $5,000 fine against Wilson for roughing Pavel Buchnevich. It's believed to be the largest publicly announced fine of an NHL team by the league office for making critical comments.

"Public comments of the nature issued by the Rangers that were personal in nature and demeaning of a league executive will not be tolerated,” NHL Commissioner Gary Bettman said. “While we don’t expect our clubs to agree with every decision rendered by the department of player safety, the extent to which the Rangers expressed their disagreement was unacceptable. It is terribly unfair to question George Parros’ professionalism and dedication to his role and the department of player safety.”

Playing two nights after Wilson threw Panarin to the ice, which the team said knocked him out for the final three games of the season with a lower-body injury, the Rangers and Capitals racked up a combined 141 penalty minutes Wednesday night. Their six fights in the first five minutes were the most of any game in league history.

Buchnevich was thrown out of the game for cross-checking Capitals forward Anthony Mantha in the second period and has his own hearing with the department of player safety Thursday. He's likely facing a suspension for the final two games of the season.

Owner James Dolan on Wednesday also abruptly fired team president John Davidson and general manager Jeff Gorton and turned those jobs over to former assistant Chris Drury. It was not clear how much the team's statement had to do with the Rangers dumping Davidson and Gorton.