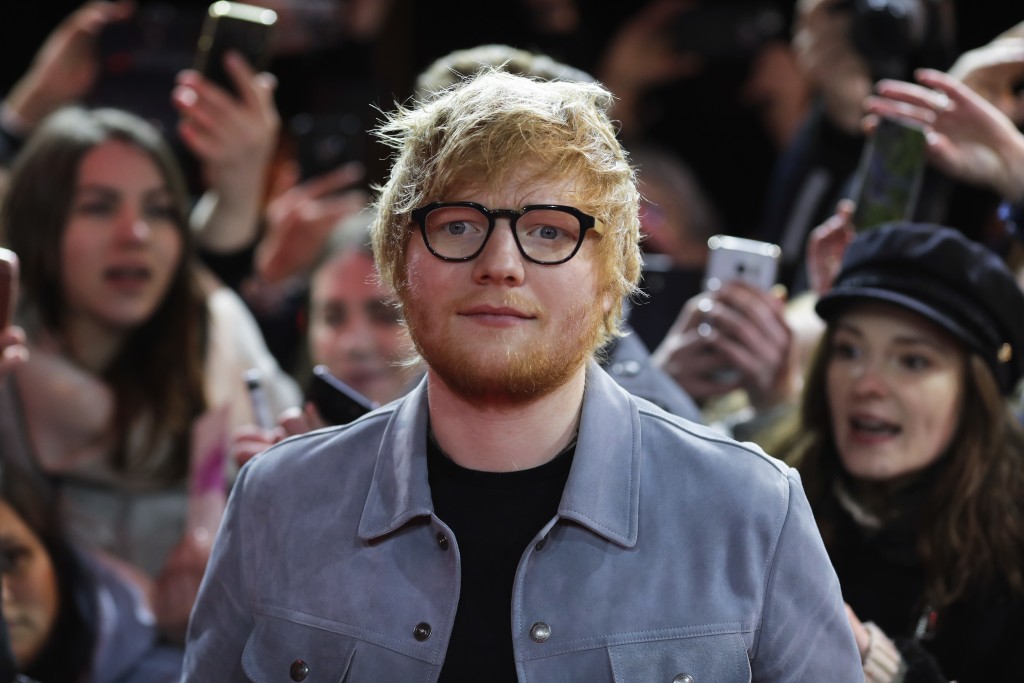 The longtime Ipswich fan, known for songs such as “Shape of You" and “Perfect,” signed a one-year deal Thursday to sponsor the men's and women's shirts next season.

"The football club is a big part of the local community and this is my way of showing my support," said the 30-year-old musician, who grew up in the area. “I have always enjoyed my trips to Portman Road and I’m looking forward to going back there as soon as supporters are allowed into stadiums again.”

Ipswich is in the middle of the standings in League One with two games remaining, while the women's team plays in the fourth division.

An American consortium recently bought the club and has pledged to invest in order to earn promotion to the second division.

“With the new owners from the U.S. coming in, there are sure to be exciting times ahead for Ipswich fans, including myself,” Sheeran said.

England captain Harry Kane is the shirt sponsor of fourth-division club Leyton Orient, his former club. The shirts carry messages of thanks to frontline workers battling the coronavirus pandemic. The Tottenham striker announced Thursday that Leyton Orient's home shirt next season will honor a charity for the country's military veterans.