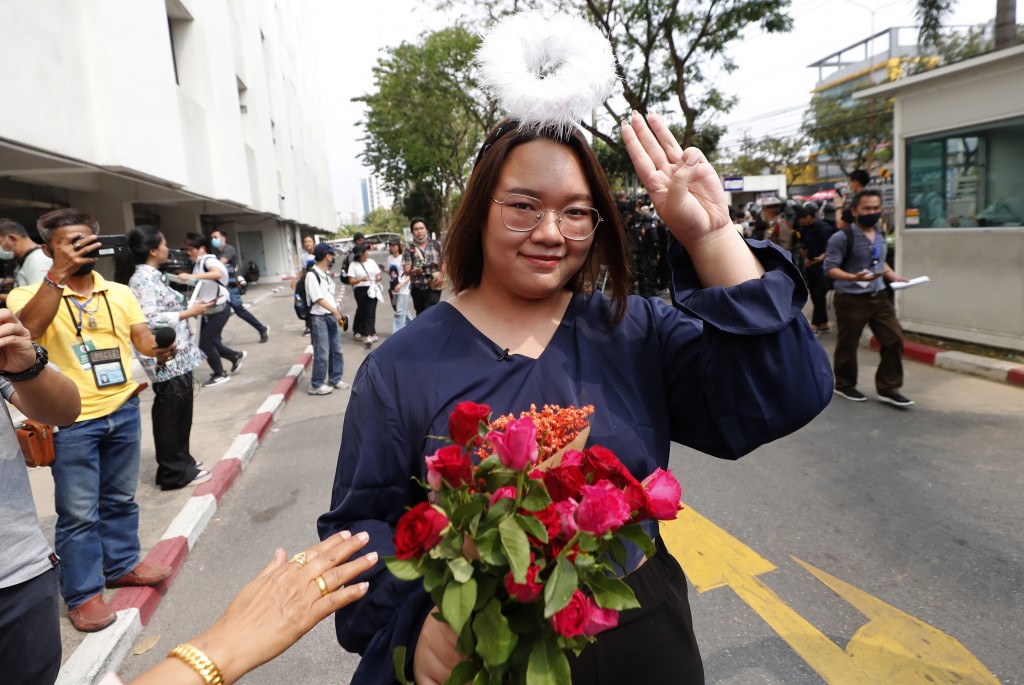 BANGKOK (AP) — A court in Thailand on Thursday allowed the release on bail of one of the top leaders of the country’s pro-democracy movement who is awaiting trial on charges of defaming the monarchy.

Panusaya “Rung” Sitthijirawattanakul was released on 200,000 baht ($6,400) bail on the condition that she must wear an electronic monitoring bracelet. She also is prohibited from joining any activities that defame the monarchy or leaving the country without permission, and must appear at regular appointments with the court.

She was charged with violating the lese majeste law after leading several protest rallies last year at which she gave speeches proposing reform of the country’s monarchy. The lese majeste law carries a penalty of up to 15 years in prison per count.

The pro-democracy movement that sprang up last year held street demonstrations with three core demands: the resignation of Prime Minister Prayuth Chan-ocha and his government, amendment of the constitution to make it more democratic, and reform of the monarchy to make it more accountable.

The last demand is the most radical and controversial because the monarchy has rarely faced any public scrutiny and is considered by many to be an untouchable pillar of Thai identity.

Panusaya was sent to remand prison on March 8 and started a partial hunger strike on March 30 to press for her release.

Two other protest leaders held on lese majeste charges were freed on bail last month. Jatupat “Pai Dao Din” Boonpattararaksa and Somyot Pruksakasemsuk had been held in connection with their involvement in a political rally last September. They have also been charged with sedition and several minor offenses.

Parit “Penguin” Chiwarak, another imprisoned protest leader on a hunger strike, is said by his lawyers and supporters to be in very poor health. The Corrections Department says he is not in serious condition, but sent him to an outside hospital for temporary care. He was returned to the prison’s hospital facilities on Wednesday.

The department issued a statement Thursday confirming that two other protest leaders, Arnon Nampha and Chukiat Sangwong, were taken to the prison’s hospital Thursday after testing positive for COVID-19.