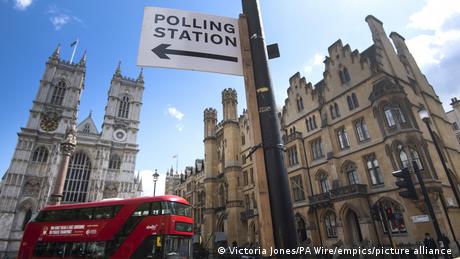 About 50 million voters across Britain were headed to various local and regional polls on Thursday, for what is dubbed Super Thursday.

Elections for the governments of Scotland and Wales, mayoral elections in cities including London and Manchester, as well as elections for thousands of council members, police commissioners and local authorities were all being held on the same day.

It is the largest set of elections outside the national election, with adults in England, Scotland and Wales all eligible to vote in at least one poll.

No elections were taking part in Northern Ireland, however.

All eyes on Scotland

Scotland's election was perhaps the most critical for the country, with the prospect of bolstered support for the independence movement.

Incumbent First Minister Nicola Sturgeon's Scottish National Party was seeking a renewed mandate that could speed up a second referendum on independence.

Scots voted 55%-45% against independence in 2014, but the UK's subsequent move to leave the European Union has led to renewed calls for a split. The countries have been united since 1707.

Sturgeon said that if her party wins an outright majority, she will demand the legal powers for a referendum on Scottish independence by the end of 2023.

The SNP will almost certainly win a fourth term, but polls have shown a recent dip in support, meaning the chances of winning an outright majority are too close to call.

A test for Labour

Also of national significance is the special election for the parliamentary seat of Hartlepool, which has been held by Labour since its creation in 1974. The special election is seen as a test of brand-new centrist Labour leader Keir Starmer who recently replaced Jeremy Corbyn.

Johnson cast his ballot in London soon after polls opened and posted a video on Twitter urging people to vote.