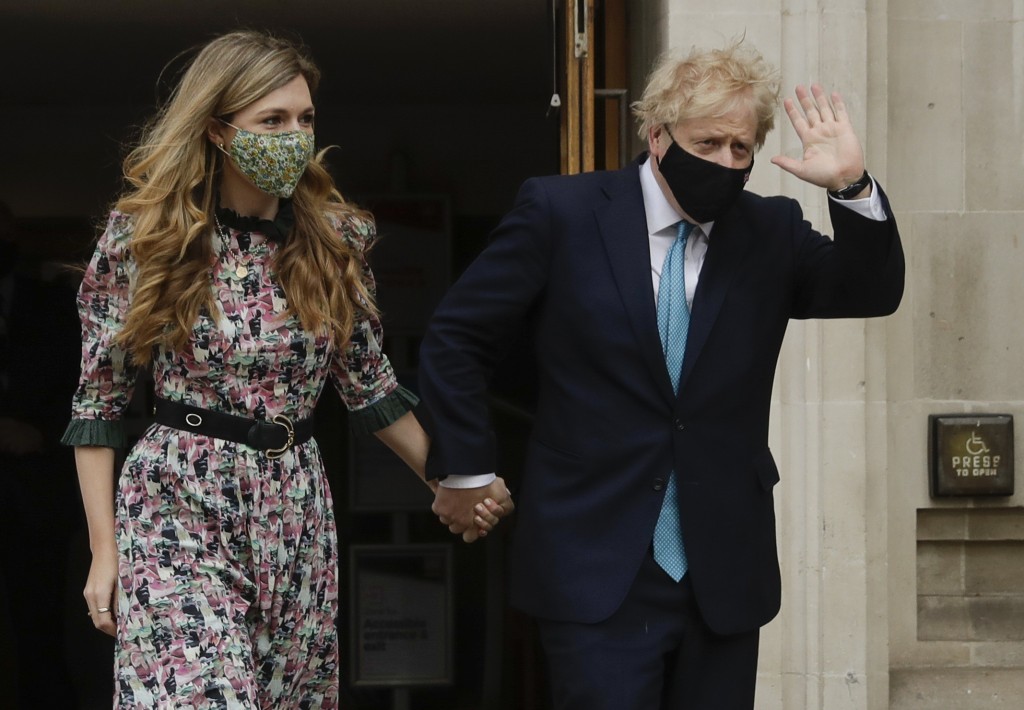 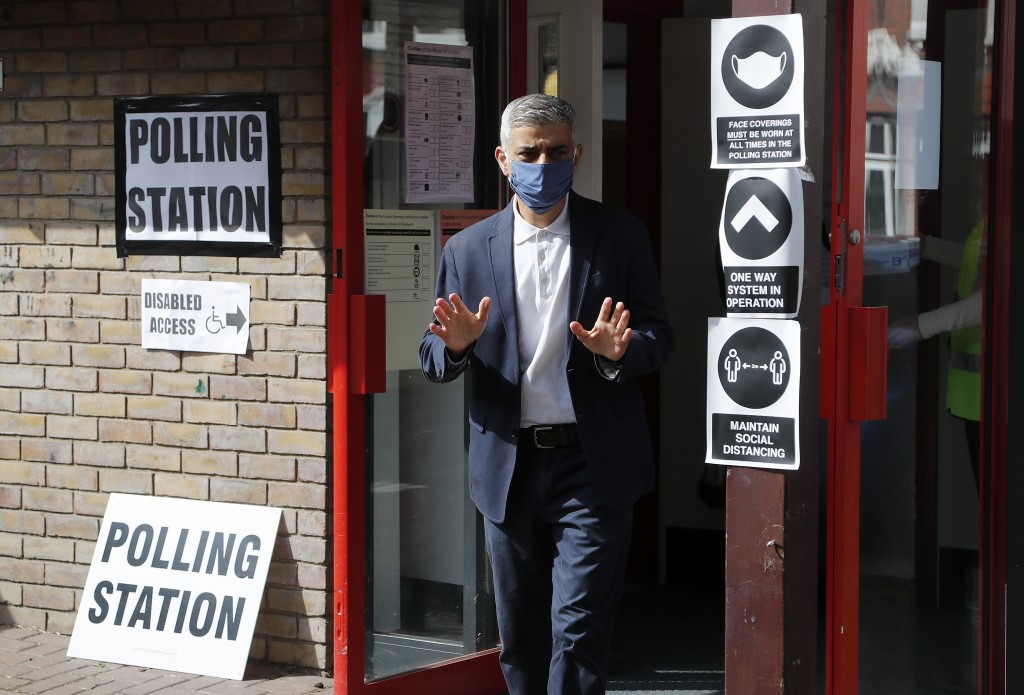 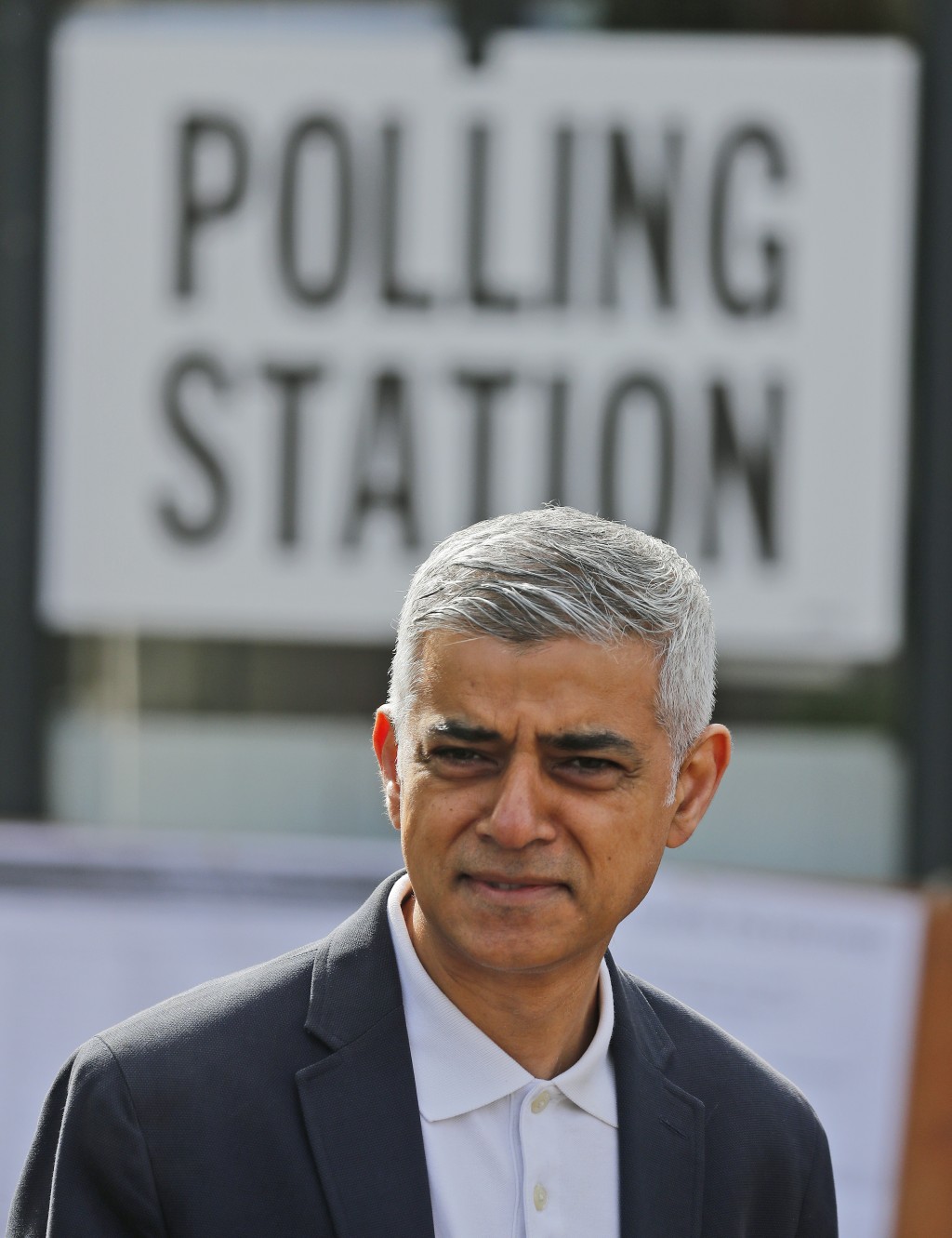 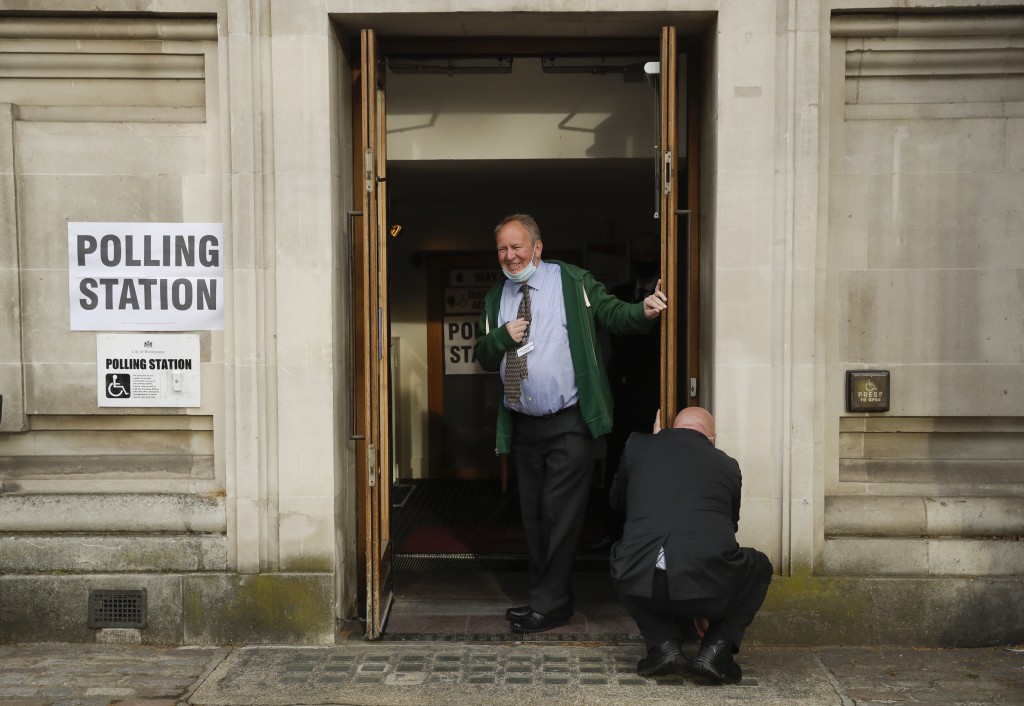 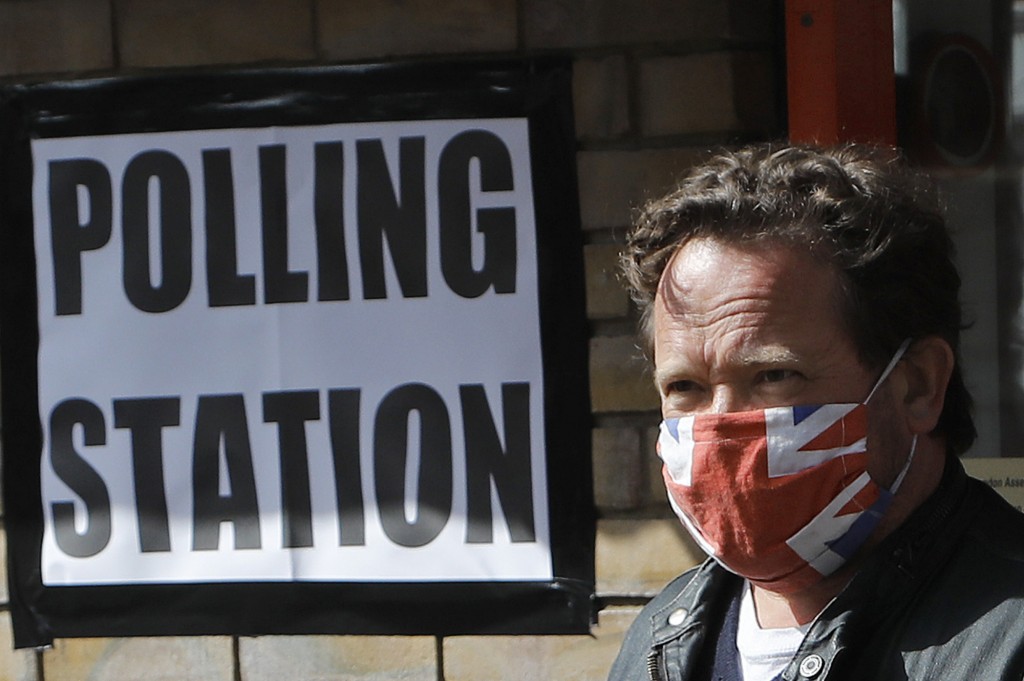 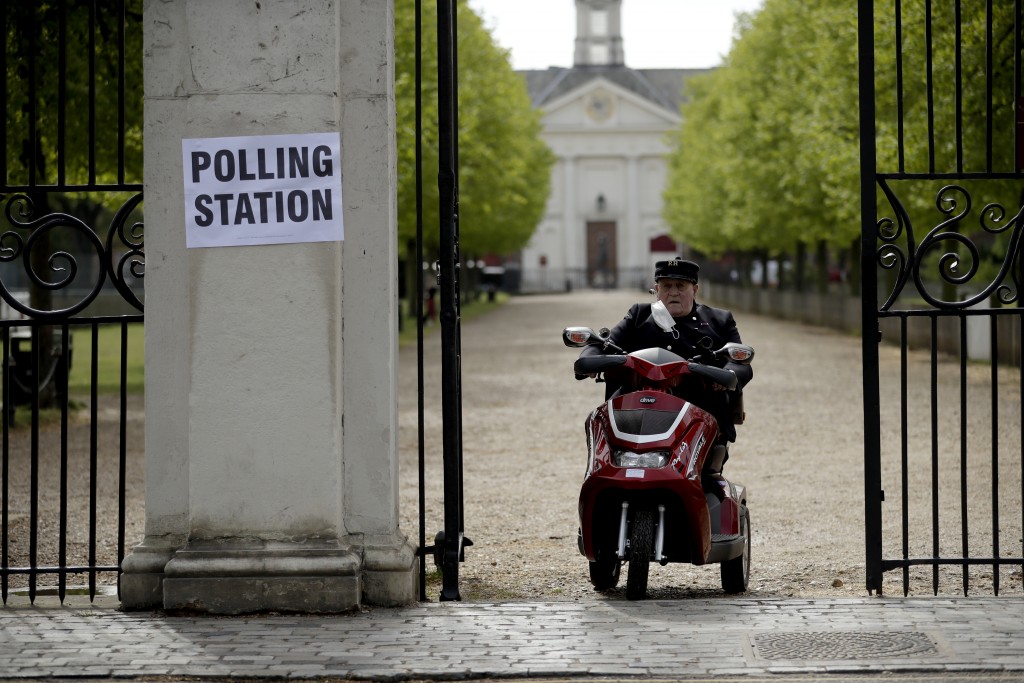 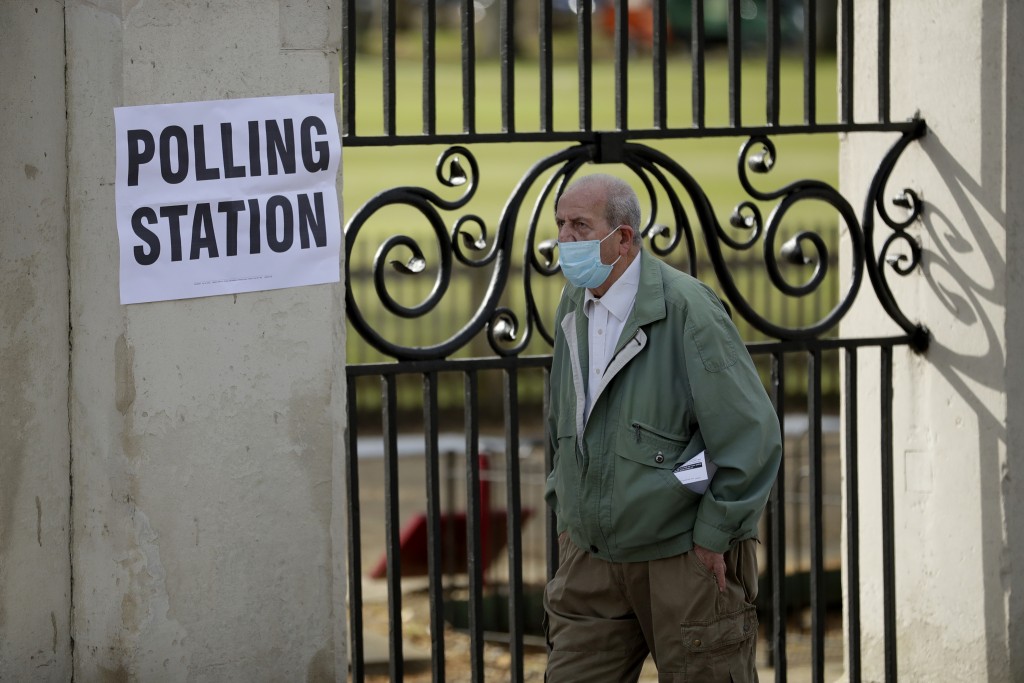 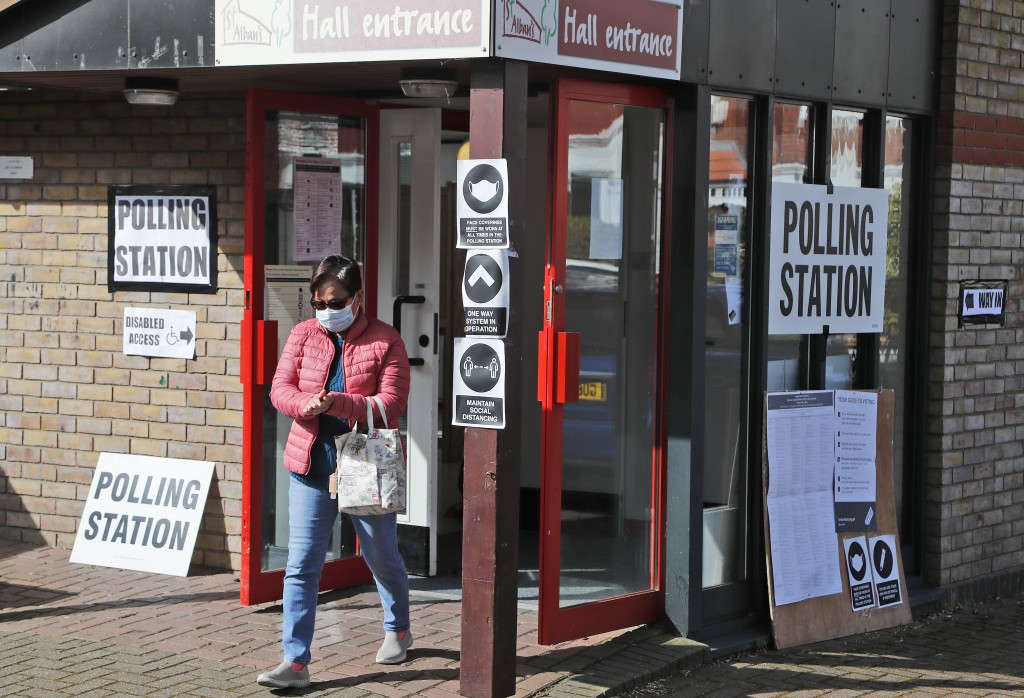 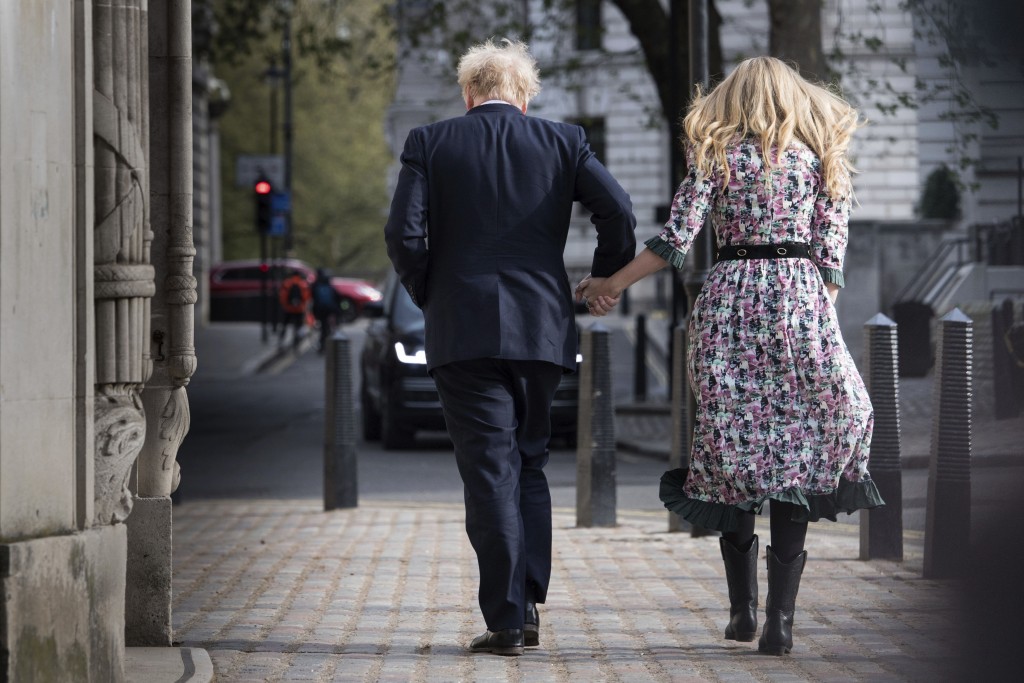 LONDON (AP) — Polling stations across Britain opened Thursday for what are considered the biggest set of elections outside a general election, local and regional contests that could have huge repercussion for the future of the United Kingdom.

On what has been dubbed Super Thursday, tens of millions of voters are electing governments for Scotland and Wales, big city mayors, including for London, as well as local authorities up and down the land.

A special election will also fill the U.K. parliamentary seat of Hartlepool in the north of England. The vote there could provide evidence as to whether Prime Minister Boris Johnson's Conservative Party continues to make inroads in parts of the country that the Labour Party dominated for decades.

The result of that race is expected early Friday, but the outcomes of the other elections will take longer, with some possibly not emerging until Sunday, partly because of restrictions related to the coronavirus pandemic.

While more voters are expected to cast postal ballots in the elections, people going to polling stations were encouraged to bring their own pen or pencil and to wear a face covering.

Many of the elections should have been held at this time last last year, but the onset of the pandemic prompted a one-year delay.

The one with the potential to have the biggest U.K-wide implications is the one taking place in Scotland, where the governing Scottish National Party is looking for a renewed mandate that could speed up the prospect of a second independence referendum in the country.

The party's leader, First Minister Nicola Sturgeon, has said she is looking to push for another referendum if her party wins a majority in the parliament in Edinburgh, but only after the pandemic has been dealt with and the recovery is on track.

The issue of Scotland's independence from the U.K., which it has been part of since the 1707, appeared settled when Scottish voters rejected secession by 55%-45% in a 2014 referendum. But the U.K.-wide decision in 2016 to leave the European Union — 62% of Scottish voters cast their vote in favor of staying within the bloc — gave the nationalist cause fresh legs.

As U.K. prime minister, Johnson has the ultimate authority to permit another referendum. So far, he has refused to countenance another vote, setting up the possibility of renewed tensions between his government and Sturgeon's devolved administration if the Scottish National Party wins a majority in the 129-member Edinburgh, assembly. Polls in the run-up to the election indicate it will be tight.

It's also an important Election Day for the Labour Party, a year into the leadership of Keir Starmer, who replaced the more left-wing Jeremy Corbyn, who led Labour in the 2019 general election to its worst performance since 1935.

Starmer has impressed as the leader of the opposition within the British Parliament but was unable to go out on the stump to make an impression around the country because of the pandemic.

Though Labour's Sadiq Khan is expected to easily win a second term as London mayor, defeat in the special election in Hartlepool would be particularly disappointing for the party. Labour has held the seat since the constituency's creation in 1974. Losing it would signify that Labour is struggling to hold onto support in the so-called “red wall” in north England, which has been a bedrock of the party's base for a century.

Though the U.K. has recorded Europe's highest virus-related death toll at more than 127,500 and witnessed one of the world's worst recessions over the past year, Johnson's Conservatives are hoping to see a bounce in the traditional Labour heartlands in central and northern England from the success of Britain's vaccine rollout. The pace of vaccinations has raised the prospect of a return to some sort of normal life over the coming months that could spur a sharp economic recovery.