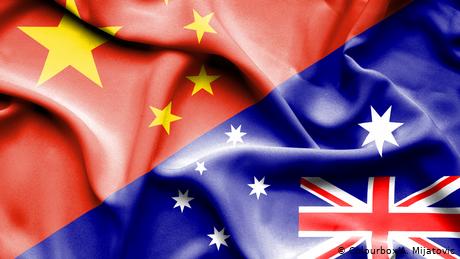 China announced on Thursday the suspension of its economic dialogue agreement with Australia.

The move comes amid a rift between the two countries that has deepened since Australia called for a probe into the origins of the coronavirus last year.

"Recently, some Australian Commonwealth Government officials launched a series of measures to disrupt the normal exchanges and cooperation between China and Australia out of Cold War mindset and ideological discrimination," China's National Development and Reform Commission (NDRC) said in a statement.

China — Australia's biggest trade partner — will "indefinitely suspend all activities under the framework" of the agreement, the statement added.

The Australian dollar's value sank 0.6% against the US dollar soon after the news.

What is the agreement that China is suspending?

The China-Australia Strategic Economic Dialogue was brokered to boost trade between the two countries and hold bilateral talks over economic disputes.

Australia had previously described the accord as "one of the "premier bilateral economic meetings with China."

"By going thermonuclear in 2020, China now has no substantive forms of leverage over Australia, and has to resort to largely meaningless acts of symbolism," Wilson said.

How have tensions escalated?

Last month, Australia scrapped a Belt and Road deal between Beijing and the state of Victoria, infuriating China.

Chinese President Xi Jinping's signature Belt and Road Initiative, sometimes called the New Silk Road, is a trillion-dollar plan for a network of investments and infrastructure across Asia and the world.

This week, Canberra doubled down by announcing that it was reviewing a Chinese company's controversial 99-year-lease on Darwin Port on Australia's north coast — the closest to Asia and a base for US Marines.

Australia has raised concerns over China's human rights record , and policies toward Taiwan have also added to the tensions.