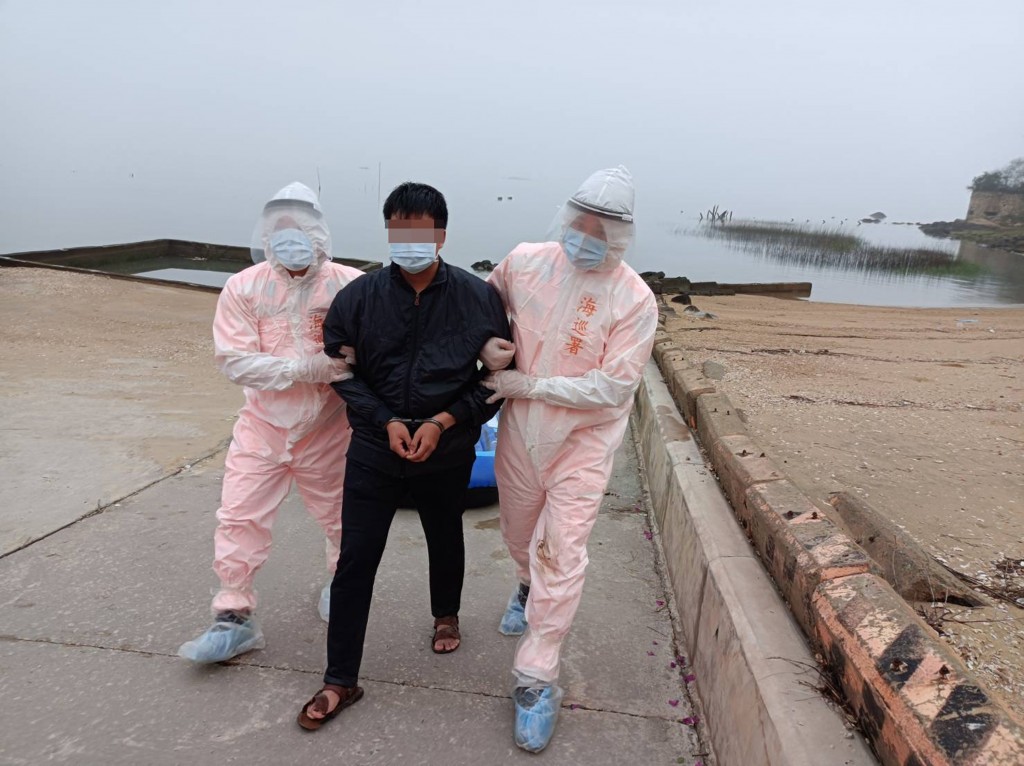 TAIPEI (Taiwan News) — For the second time in five days, a Chinese man has managed to reach Taiwan on a small rubber boat.

The Coast Guard Administration (CGA) on Thursday (May 6) announced that it had apprehended a Chinese national surnamed Chiang (江) in his 20s after he rowed to Kinmen in an inflatable rubber raft. Chiang was found to have brought pork dumplings on the boat, which authorities immediately destroyed.

The CGA stated that at 4:50 p.m. on Tuesday (May 4), radar operators detected a suspicious object on the waters north of Kinmen that was heading toward the coast, reported CNA. The CGA immediately dispatched patrol boats to the area at 5:53 p.m., officers spotted Chiang on the shore near an Army facility. After confirming that Chiang did not have a fever, officers inspected his raft and found he had a suitcase that contained two portable chargers, two mobile phones, two bank cards, and a utility knife, all of which were immediately disinfected.

Also in Chiang's possession were 16 dumplings and due to African swine fever concerns, CGA personnel immediately notified the Bureau of Animal and Plant Health Inspection and Quarantine, which dispatched personnel to have them destroyed.

Chiang told officers that he is a resident of Guangxi Province, where he purchased the raft online. He said that he set out from Chinese-controlled Xiaodeng Island at 4 a.m. that morning. When he asked why he made the illegal crossing he simply said "I just wanted to come." The CGA is currently investigating the man's true motives for making the illegal journey. After Chiang completes his quarantine, he will be investigated for violating Article 74 of the Immigration Act (入出國及移民法).

On April 30, the 33-year-old man, identified with the surname Zhou (周), managed to guide a rubber boat with a small outboard motor from Fujian's Shishi City all the way to Taichung Harbor. When asked by had come to Taiwan, he said he was "yearning for freedom and democracy."