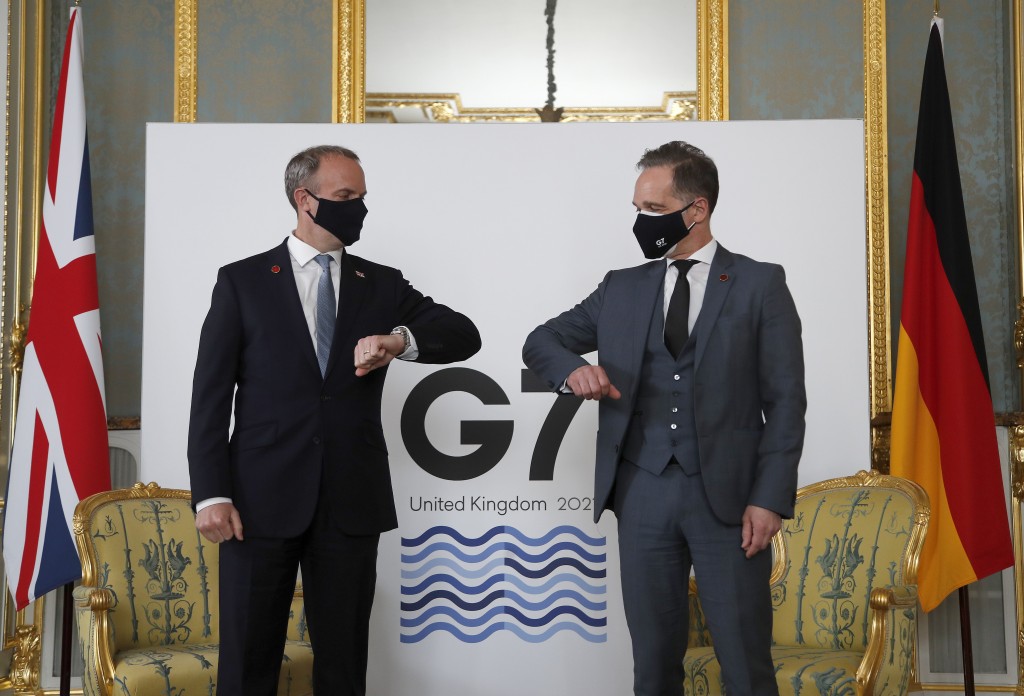 BEIJING (AP) — China’s government on Thursday rejected criticism of its human rights and economic record by foreign ministers of the Group of Seven major economies and accused them of meddling in its affairs.

A statement Wednesday by G-7 diplomats in London “made groundless accusations” against China, said a Foreign Ministry spokesperson, Wang Wenbin. He accused them of “blatantly meddling” in China’s affairs.

“China strongly condemns it,” Wang said at a press briefing.

Wednesday’s statement added to diplomatic pressure on Beijing over its treatment of Uyghur and other minorities and reports of mass detentions, forced labor and forced sterilization.

The officials from the United States, Britain, Japan, Germany, France, Italy and Canada said they were “deeply concerned” but announced no formal action on reports of forced labor and other abuses.

The Biden administration wants to assemble a coalition to respond to China’s economic and strategic assertiveness. But some European governments are more cautious about dealing with the government of an important export market.

Beijing rejects complaints that it mistreats minorities and says camps in Xinjiang are for job training to promote economic development and combat radicalism among the western region’s predominantly Muslim population.

G-7 governments should be working on improving access to coronavirus vaccines for developing countries instead of “making accusations and interfering with other countries in a condescending way,” Wang said.

“Attempts to disregard the basic norms of international relations and to create various excuses to interfere in China’s internal affairs, undermine China’s sovereignty and smear China’s image will never succeed,” he said.