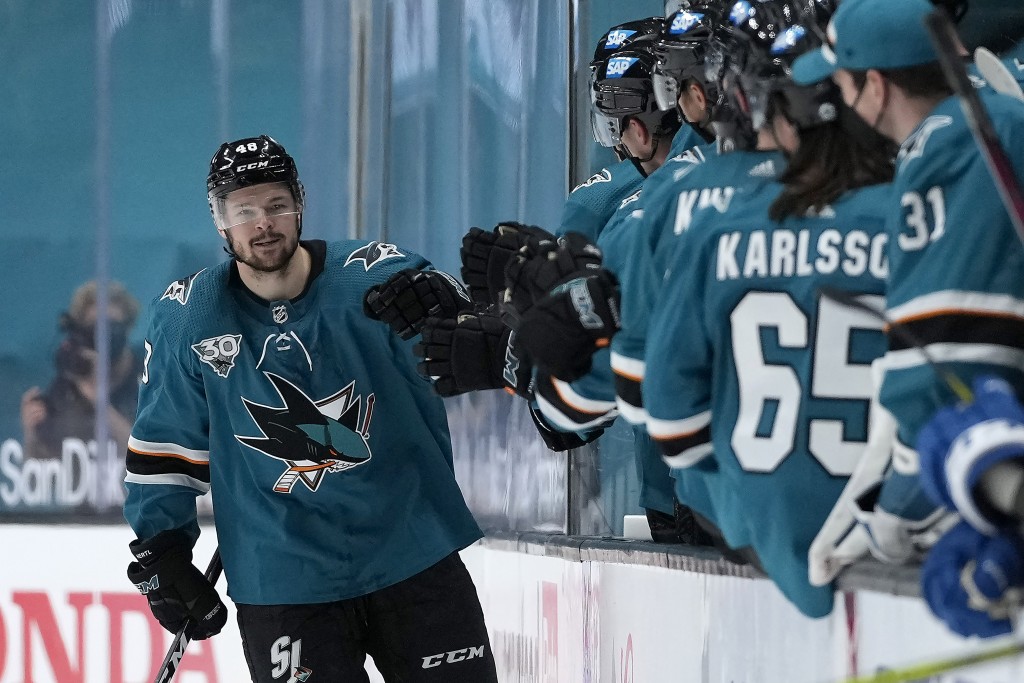 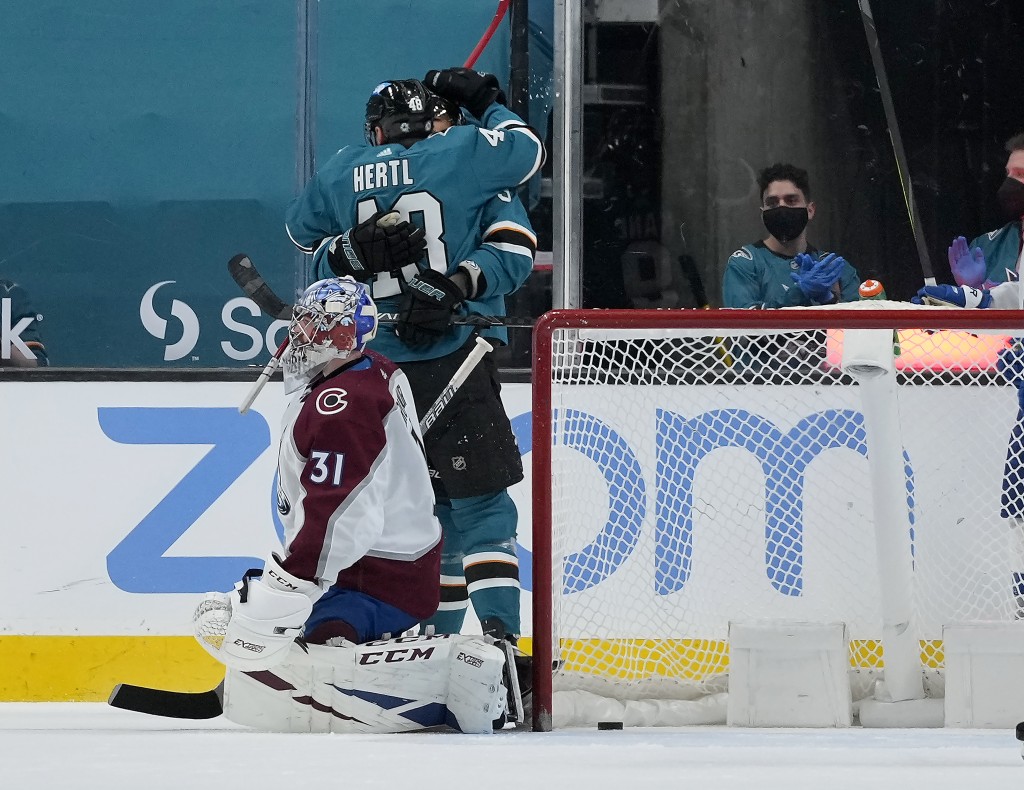 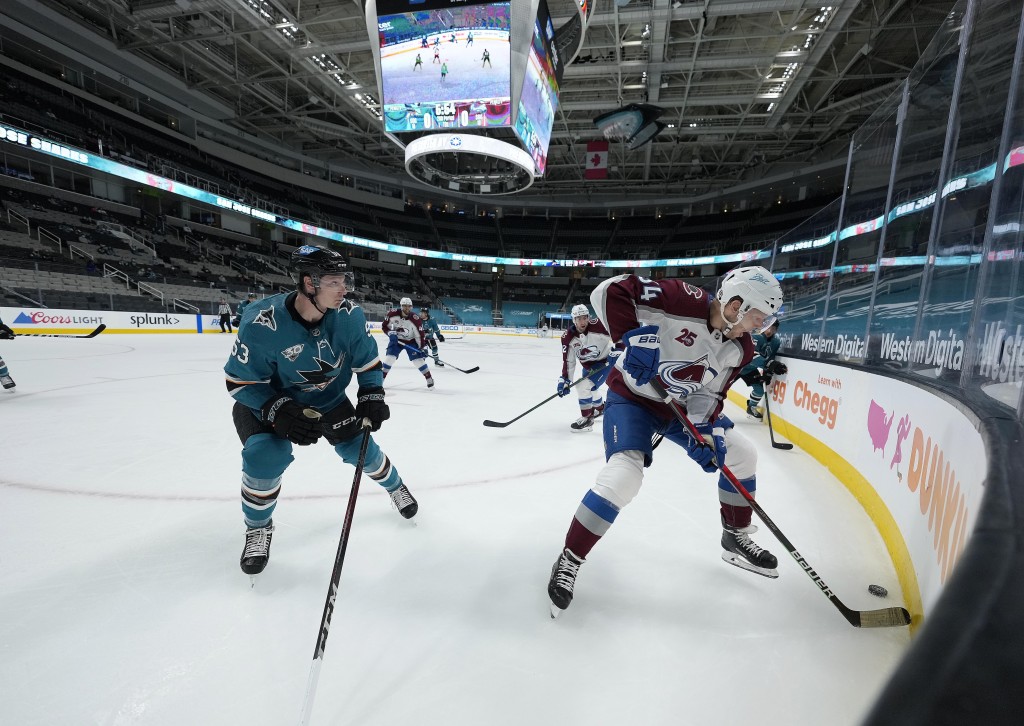 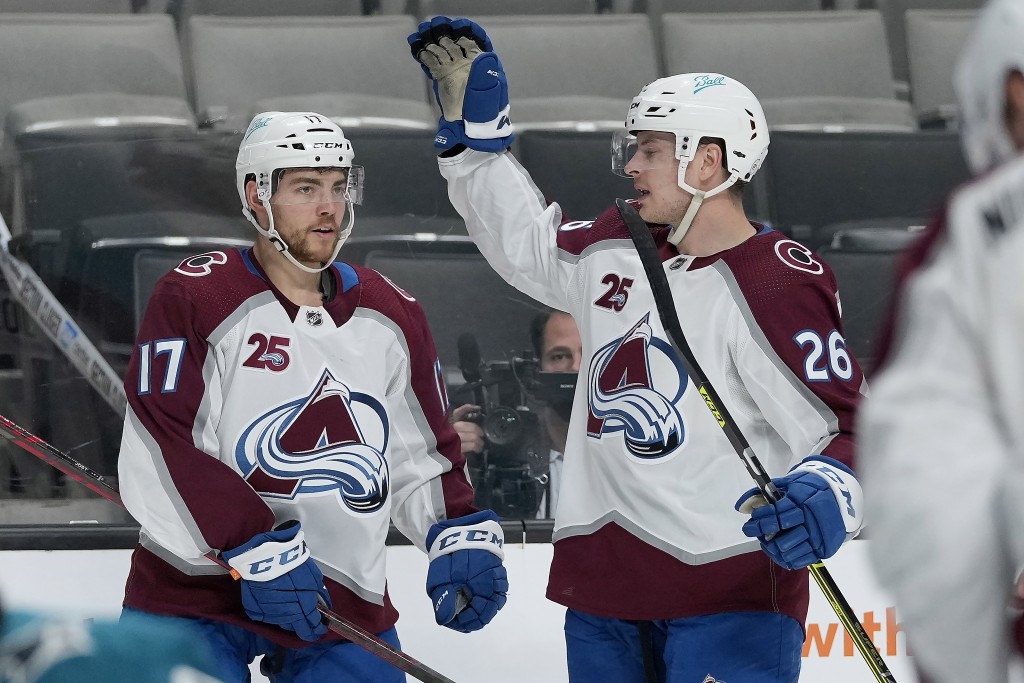 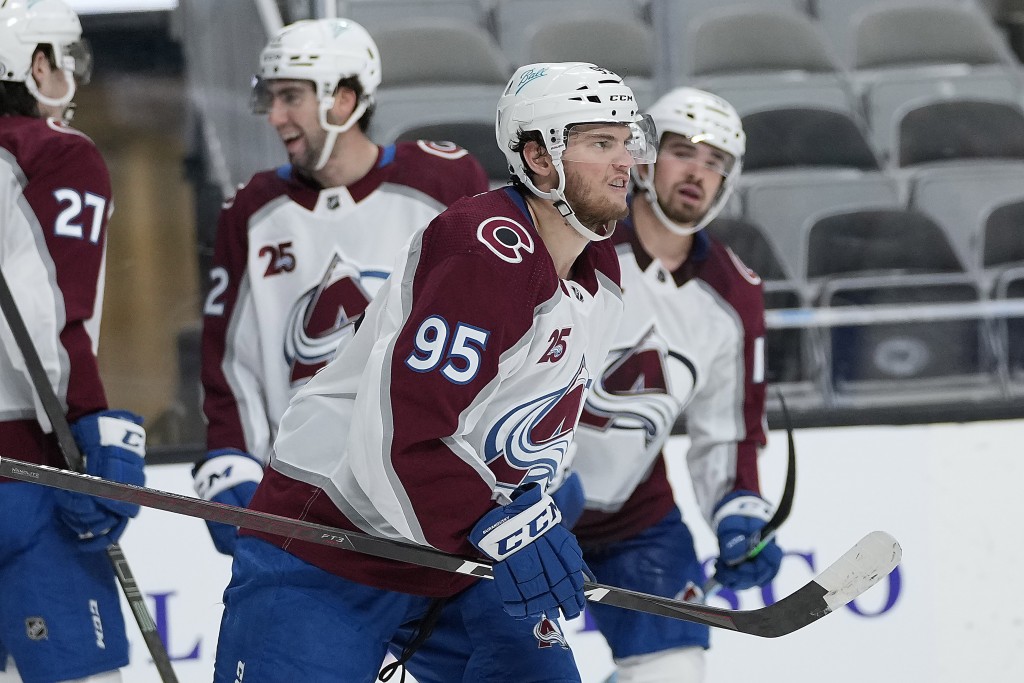 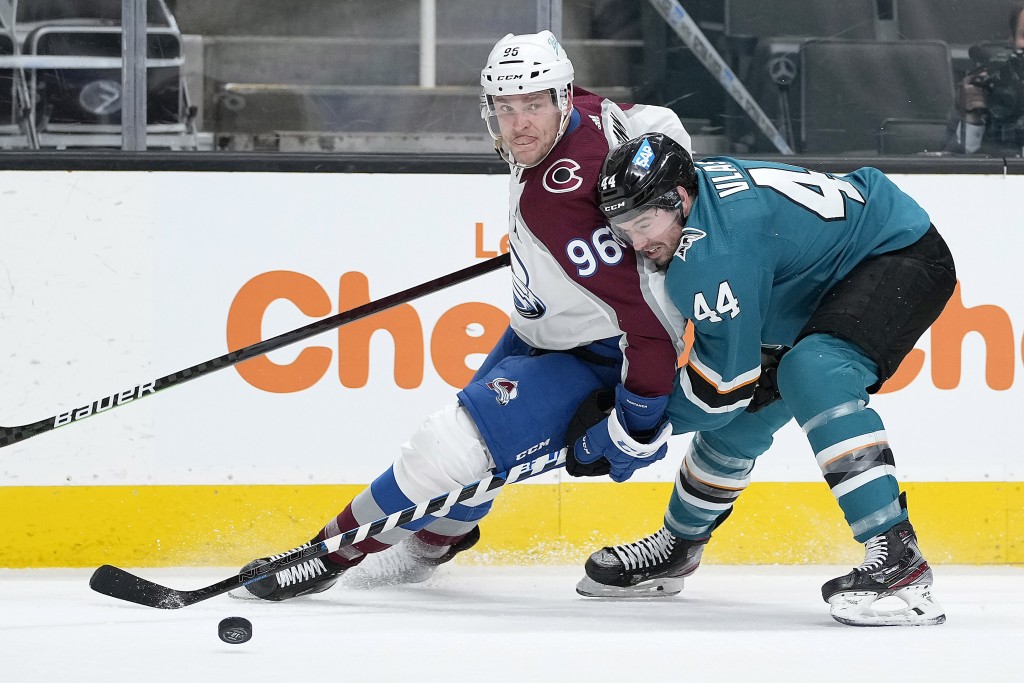 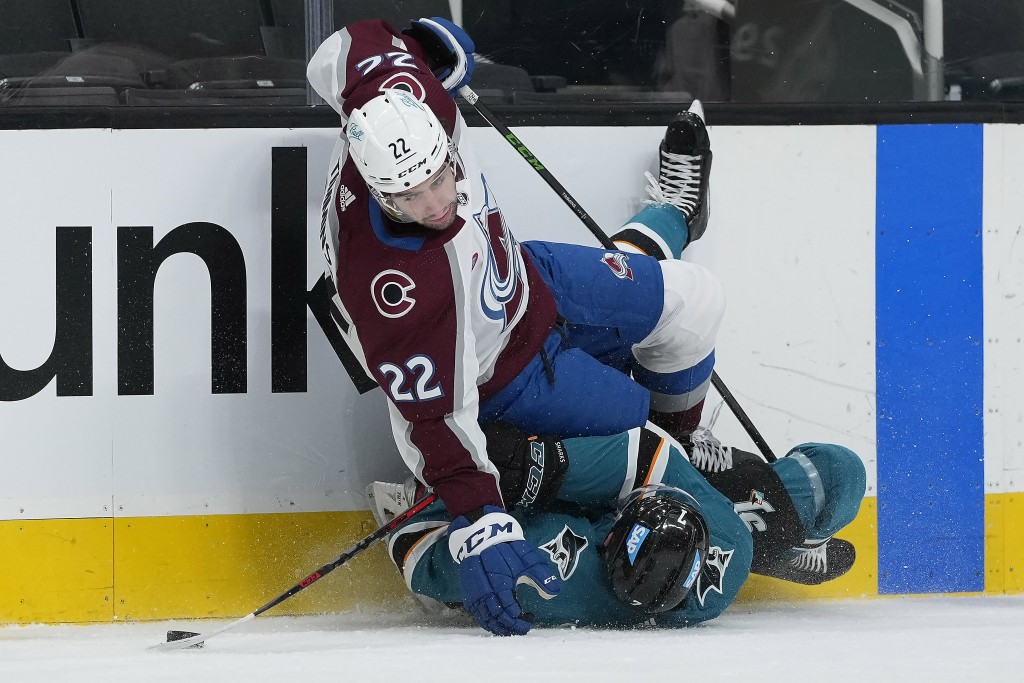 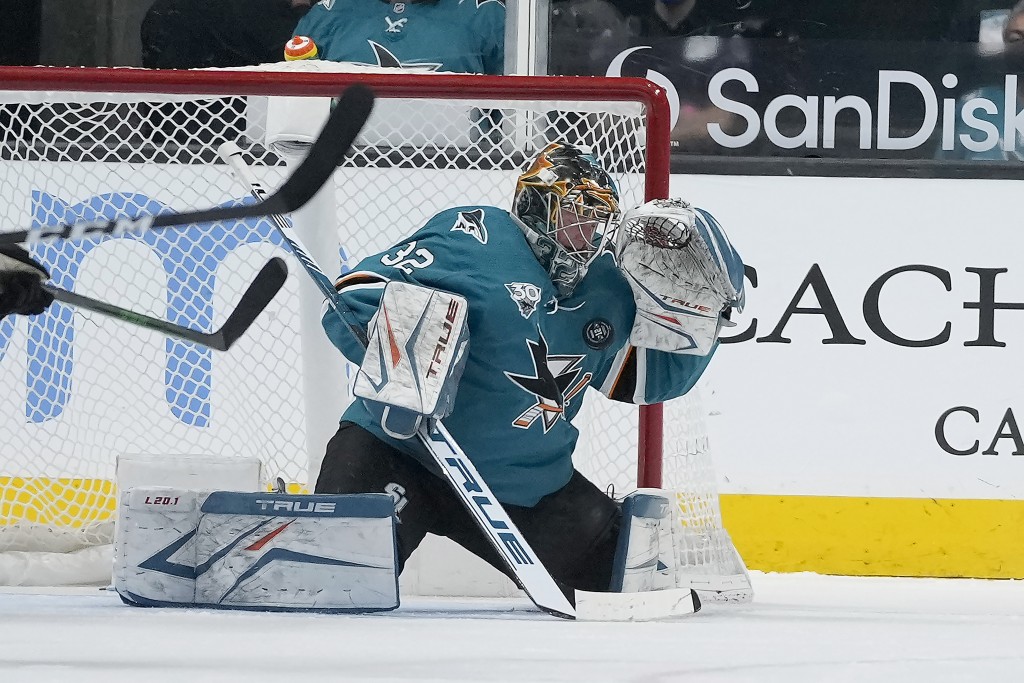 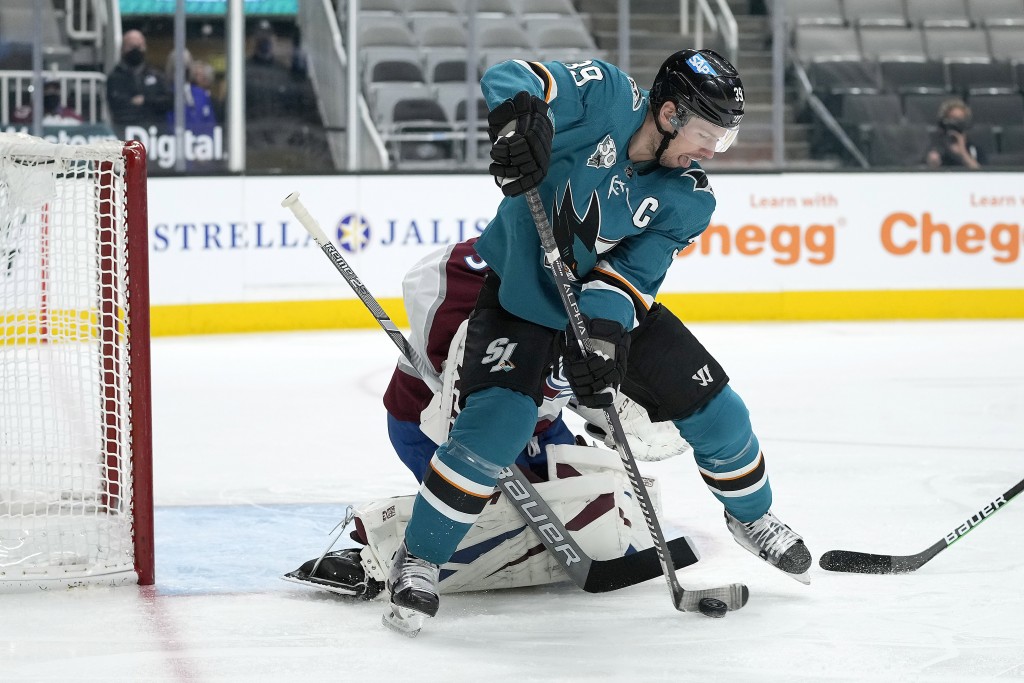 SAN JOSE, Calif. (AP) — Tomas Hertl had two goals and an assist in his 500th career NHL game and Erik Karlsson scored a go-ahead goal in the third period to lead the San Jose Sharks to a 3-2 comeback victory over the Colorado Avalanche on Wednesday night.

Evander Kane added three assists and Josef Korenar made 30 saves as San Jose scored three unanswered goals after falling behind 2-0. It was an inspired effort two nights after the Sharks lost to Colorado and were eliminated from the playoff chase.

Karlsson’s power-play goal with 10:42 left in the third broke a 2-2 tie and the Sharks held on for just their second win in eight meetings with the Avalanche this season.

Andre Burakovsky and Tyson Jost each scored for the Avalanche. Philipp Grubauer had 30 saves as the Avalanche remained in second place in the West Division despite the loss. The defeat spoiled the NHL debut of Colorado top prospect Alex Newhook, who centered the Avalanche’s second line Wednesday.

Hertl’s first goal came on a beautiful pass from Kane with just 12.9 seconds left in the second period to pull San Jose within a goal at 2-1. That shifted the momentum after the Avalanche scored twice in a period that Colorado largely dominated.

Hertl tied it three minutes into the third, this time finding the net off a rebound of a shot by Kane.

Newhook, the 16th overall pick in 2019 out of Boston College, centered Colorado’s second line, flanked by Nazem Kadri and Andre Burakovsky. The 20-year-old appeared in eight games with the Colorado Eagles of the American Hockey League.

San Jose coach Bob Boughner supported Kane after reports surfaced that Kane is being sued for $15 million by a bank claiming he’s committed fraud on a 2019 loan.

“I haven’t had one issue off the ice with Evander,” Boughner said during his media briefing Wednesday morning. “We know that he’s going through stuff in his personal life, but his ability to come here and focus and get the job done and be one of our best players every night is pretty remarkable.”

Avalanche: Visit the Los Angeles Kings on Friday night in the first of a back-to-back set.

Sharks: Host Arizona on both Friday and Saturday night.