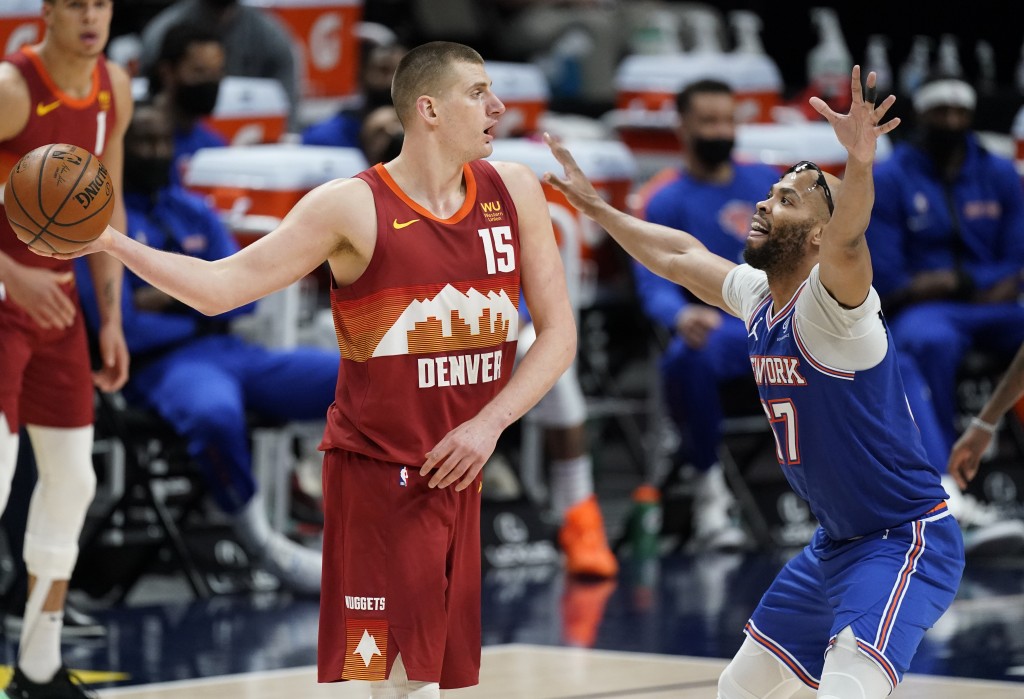 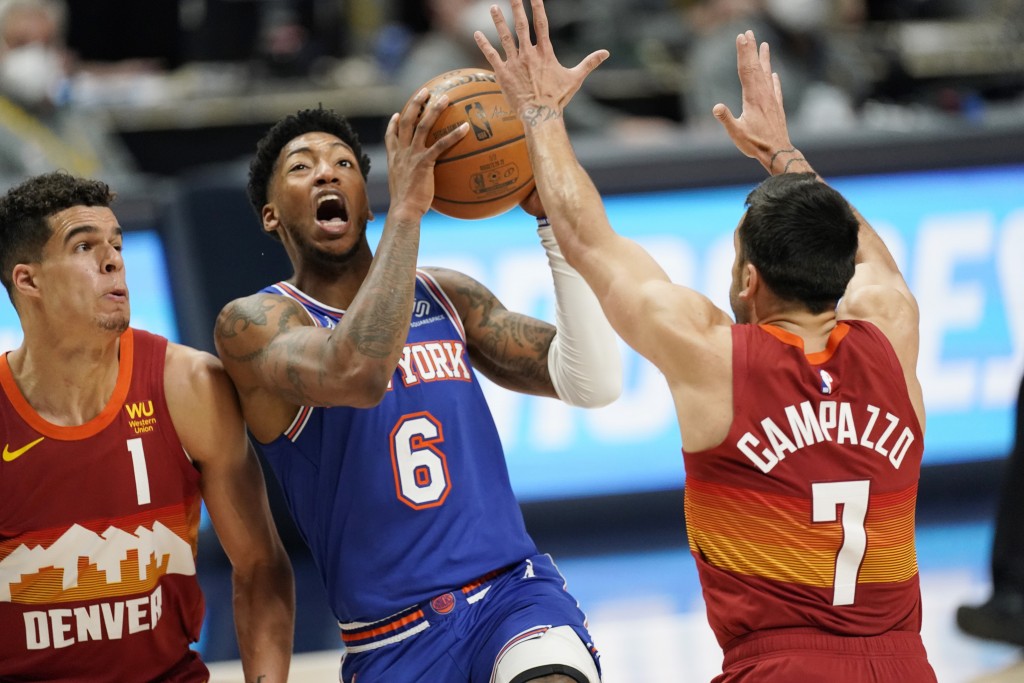 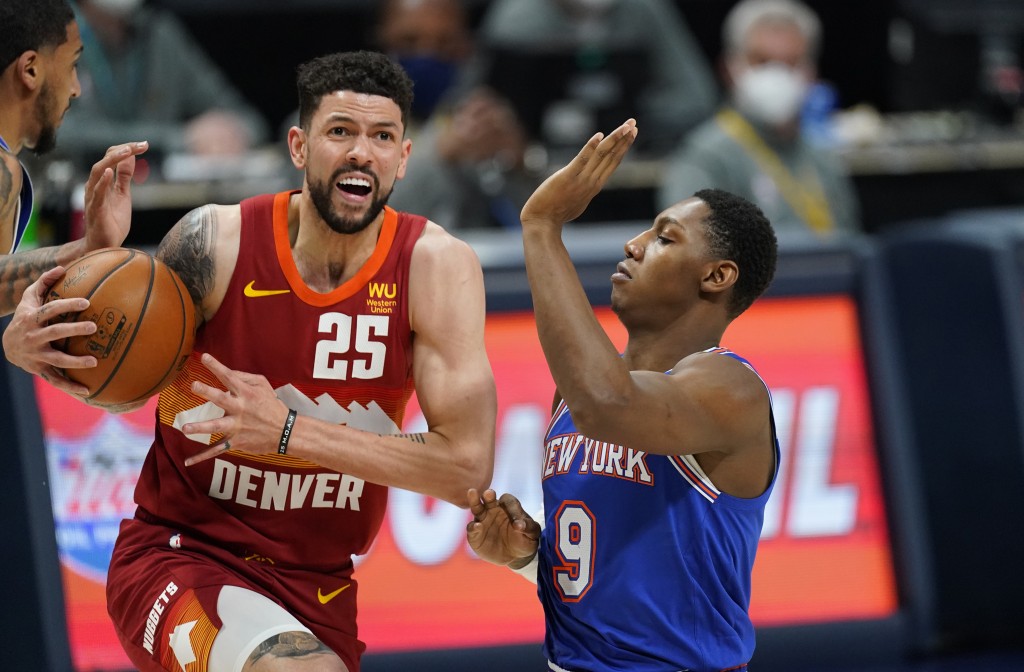 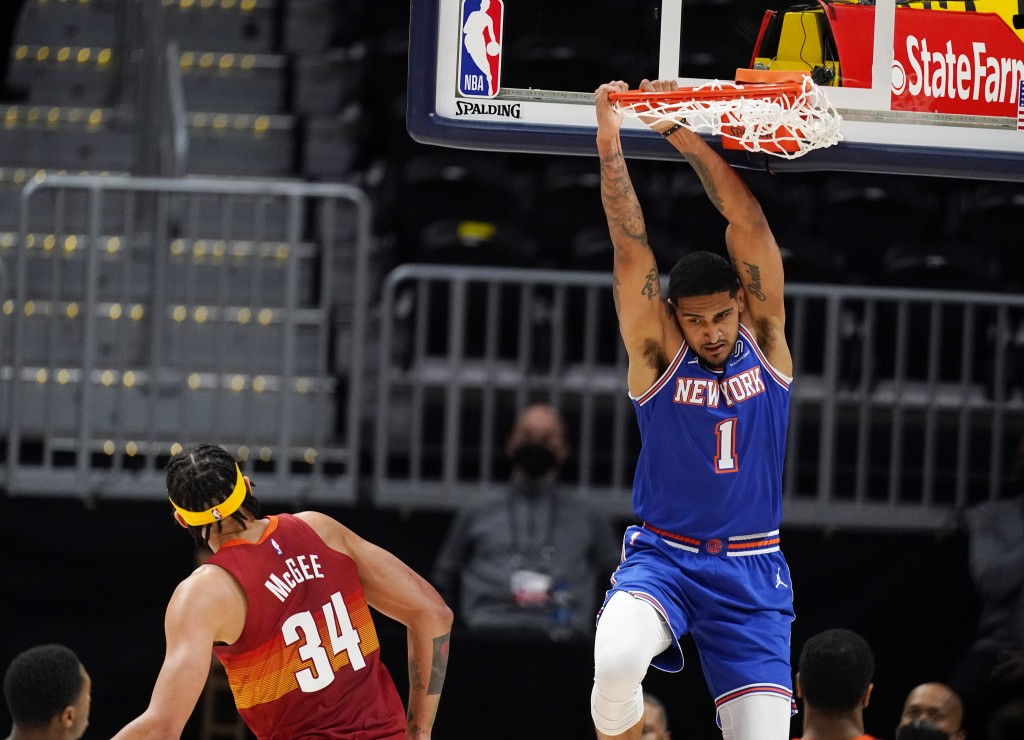 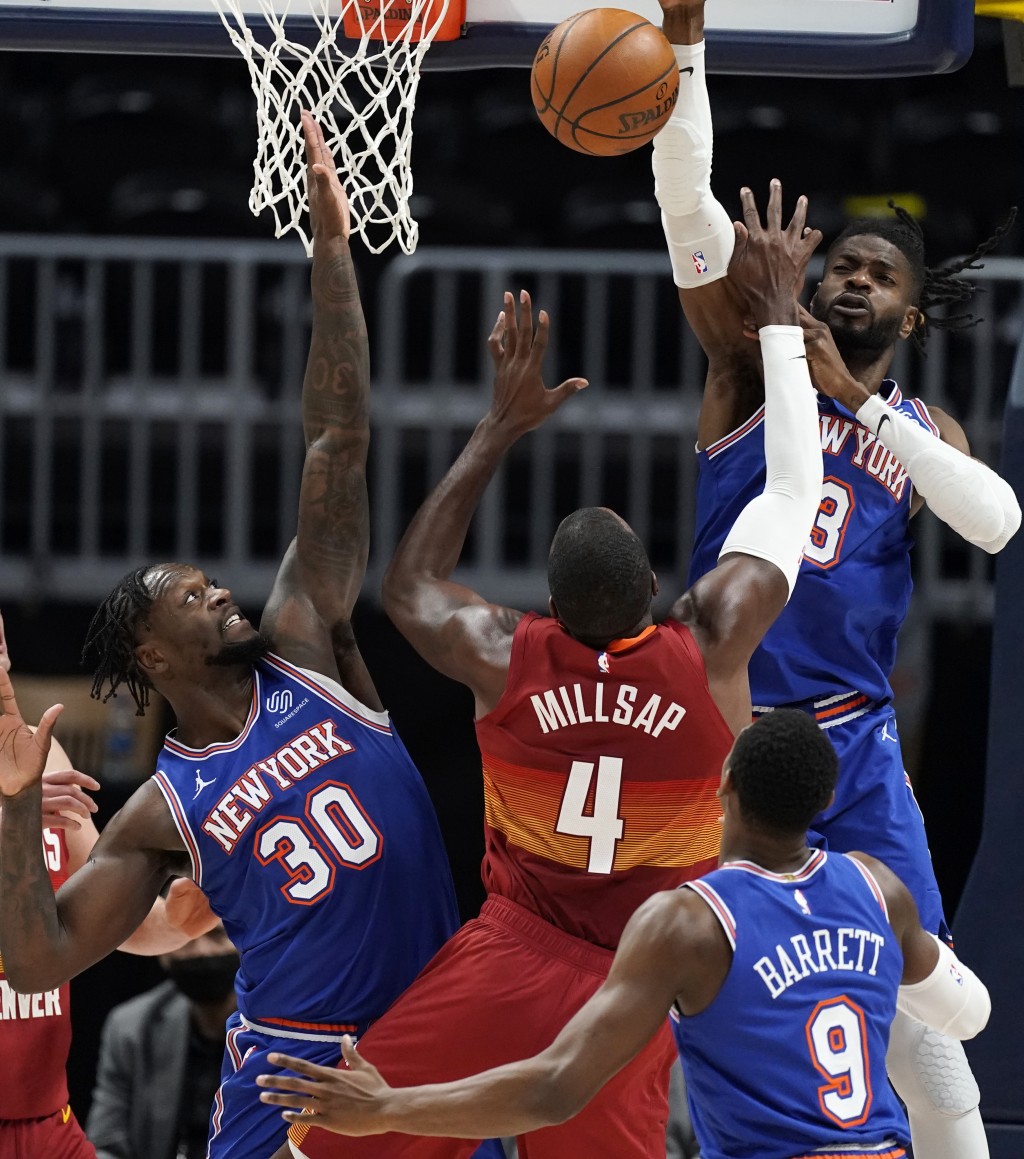 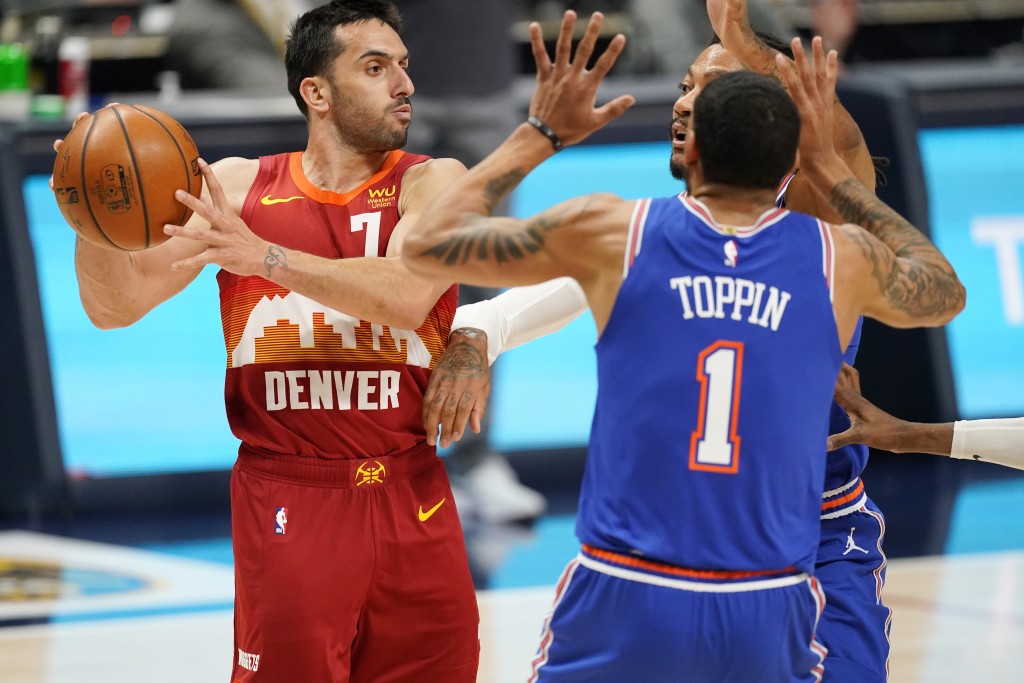 DENVER (AP) — Nikola Jokic scored 24 of his 32 points in a dominant first quarter in the Denver Nuggets' 113-97 victory over the New York Knicks on Wednesday night.

Jokic finished with 12 rebounds to help lead the Nuggets to their 10 victory in 12 games. Denver, which led by as much as 31, moved back into a tie with the Los Angeles Clippers for third place in the Western Conference.

Austin Rivers scored 11 of his 25 points in the fourth quarter against his former team, Michael Porter Jr. had 17 points, and Facu Campazzo 16.

This one got away from New York early. The Knicks committed three fouls in the game’s first 22 seconds and coach Tom Thibodeau was hit with a technical 28 seconds in. Things got worse from there.

RJ Barrett picked up his third foul with 5:32 left in the first period, the Knicks shot 4 of 24 from the field and went 5:46 between made shots.

Julius Randle had 14 points and eight rebounds and Derrick Rose, Reggie Bullock and Barrett also each scored 14 points. The Knicks had won 12 of 13 before Wednesday night.

The Knicks got to 78-62 with a trio of 3-pointers from Barrett and had a couple of chances to get within 13 but couldn’t get any closer. Porter hit a 3-pointer and Rivers two free throws to make it 108-77 with 5:48 left.

Knicks: At Phoenix on Friday night.

Nuggets: At Utah on Friday night.