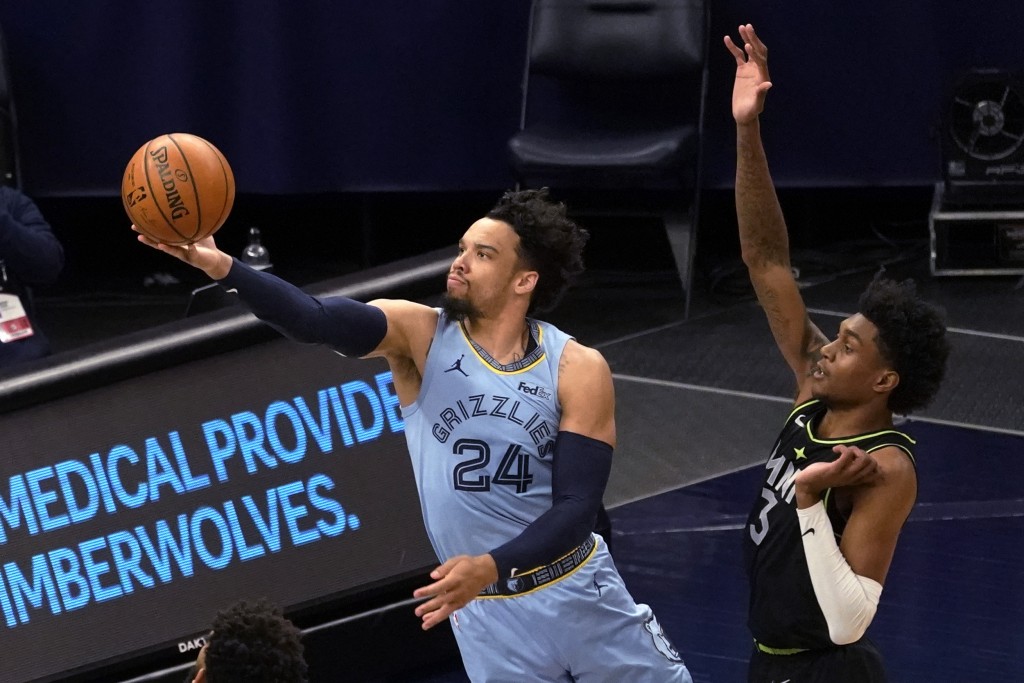 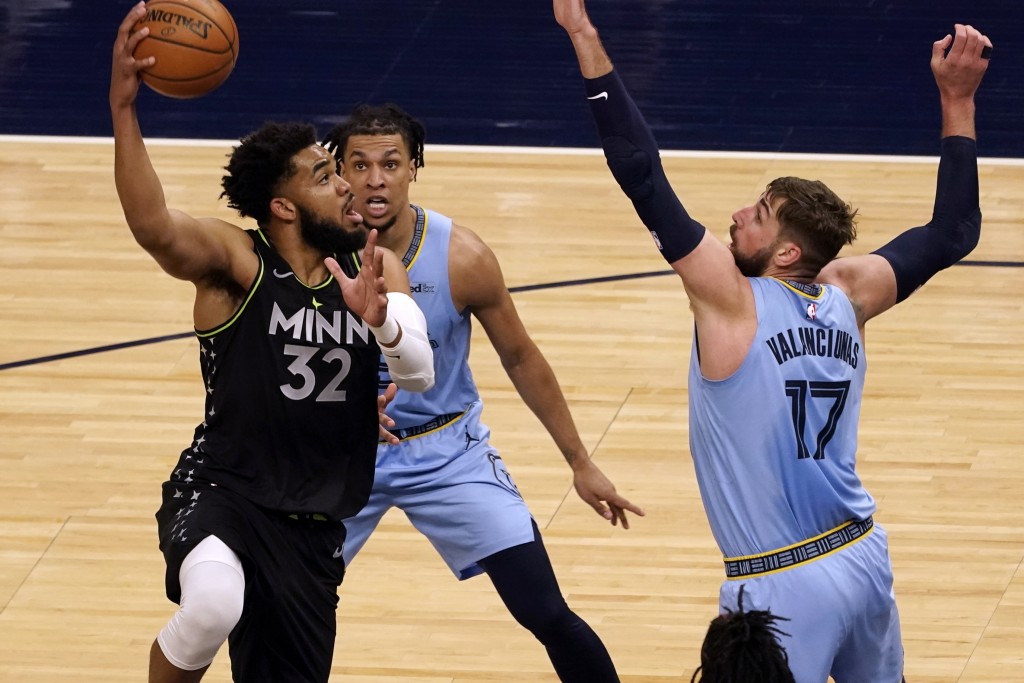 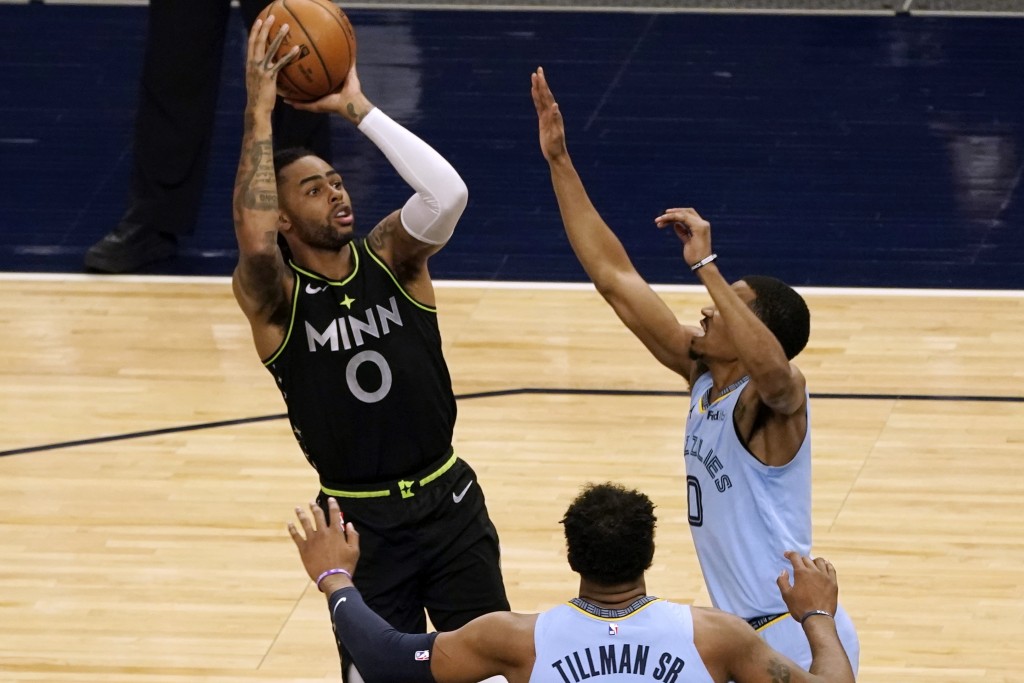 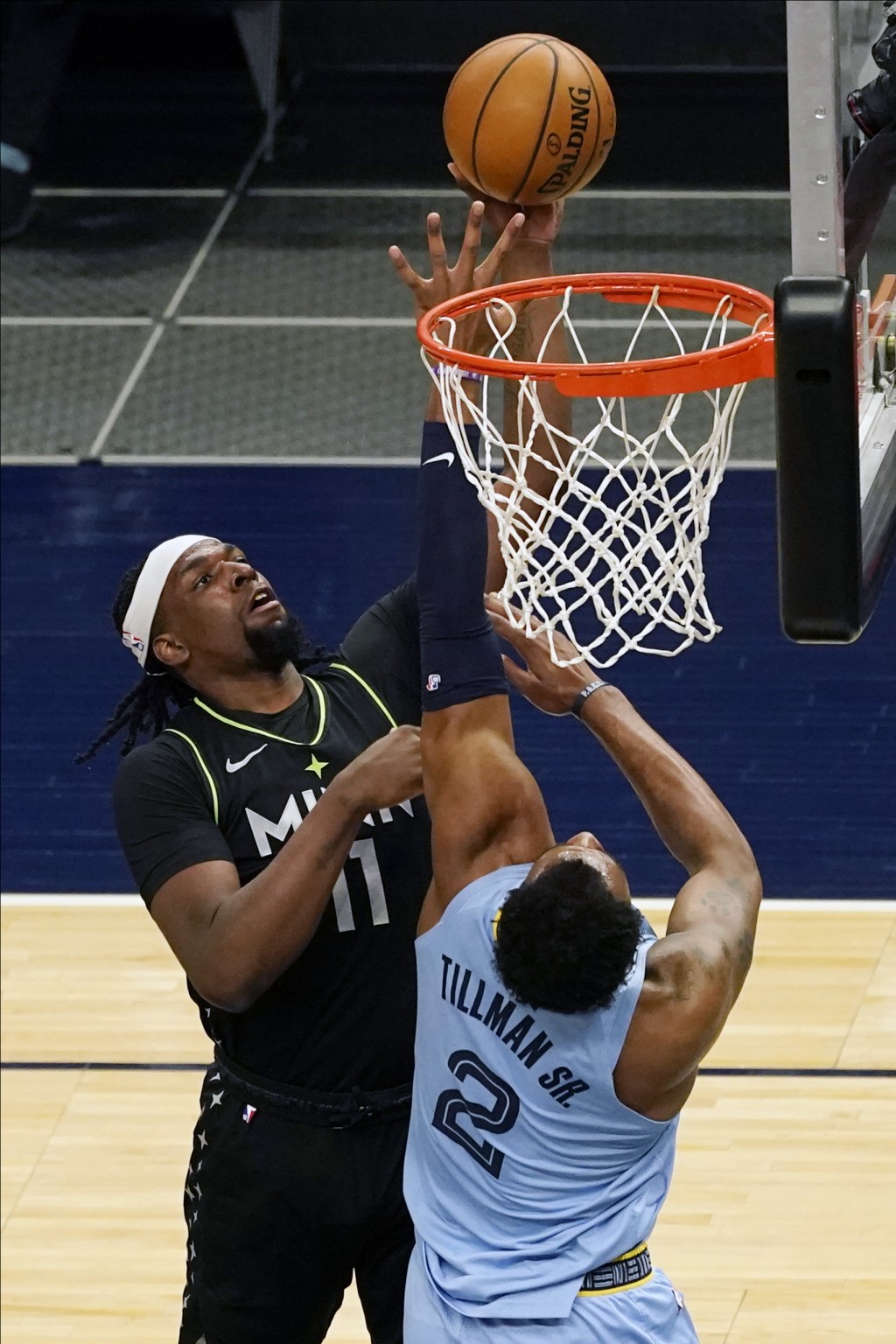 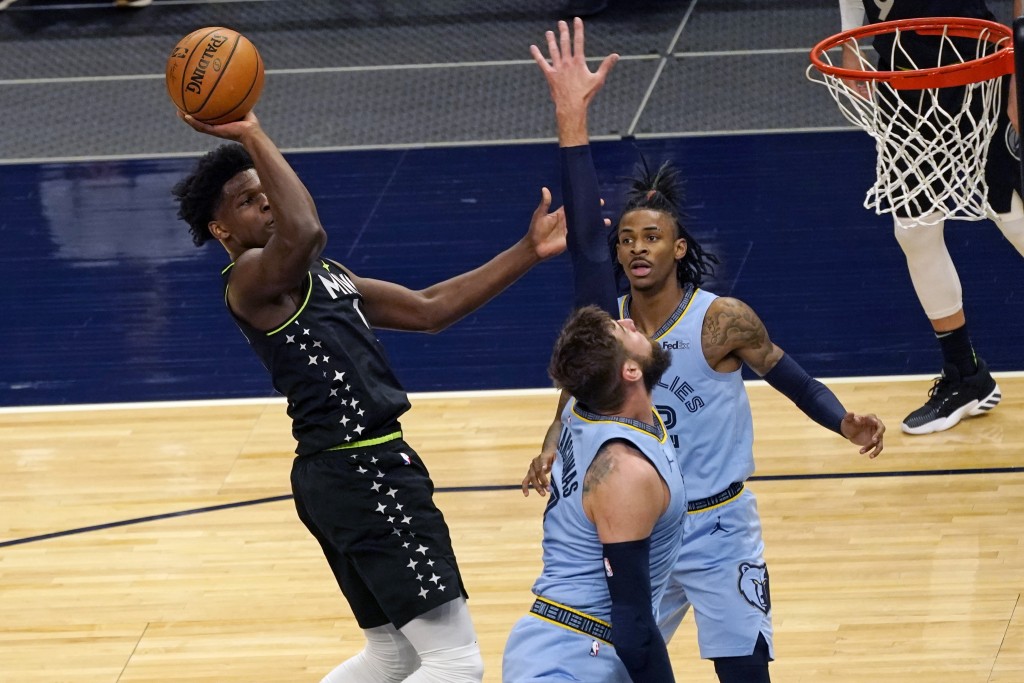 MINNEAPOLIS (AP) — Ja Morant had 37 points and 10 assists and the Memphis Grizzlies held on for a 139-135 victory over the Minnesota Timberwolves on Wednesday night.

Desmond Bane scored 22 points off the bench, including a few key 3-pointers late, and Kyle Anderson added 20 points for the Grizzlies.

Memphis overcame a big game from Timberwolves rookie Anthony Edwards, who tied his career high with 42 points. Karl-Anthony Towns scored 22 points but ran into foul trouble when he picked up his fifth foul late in the third quarter. D’Angelo Russell had 22 points and 14 assists in the loss.

After trailing for much of the second half, Minnesota finally took a 128-127 lead on a Towns 3-point play with 3:04 remaining. Morant answered with a step-back 3-pointer over Towns, and Memphis never trailed again.

Towns attempted a cross-court pass that went out of bounds with 1:43 remaining. Morant responded with a jumper at the other end. Bane later connected from downtown for a 135-130 Memphis lead with 55.5 seconds to play.

Minnesota previously used a 16-2 run in the third quarter to take a 93-88 lead. Keying the run was a sequence from Edwards in which he scored a transition dunk and immediately stole the inbounds pass for another basket.

Memphis answered Minnesota’s run, thanks in part to a pair of 3-point plays by Morant. The Grizzlies took a 107-103 lead into the fourth with a 17-8 run and never trailed in the fourth.

Edwards set a Minnesota rookie record for most 3-pointers in a game when he hit his seventh 3 in the fourth quarter. He was 8 of 9.

Grizzlies: Dillon Brooks picked up a technical foul with 6:59 left in the third quarter. … Grayson Allen left Wednesday’s game with an abdominal strain and did not return. He played just six minutes.

Grizzlies: Memphis continues its three-game trip Thursday night at Detroit. The Grizzlies won their only meeting so far this year against the Pistons.

Timberwolves: Minnesota begins its final trip of the season, a three-game swing beginning at Miami on Friday night. The Wolves beat the heat in mid-April in their lone meeting of the year.