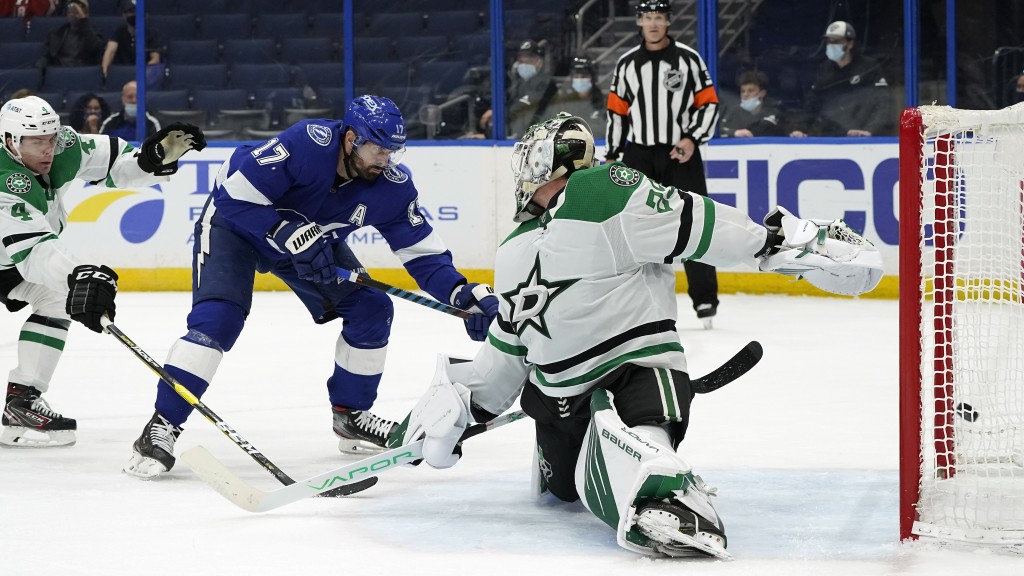 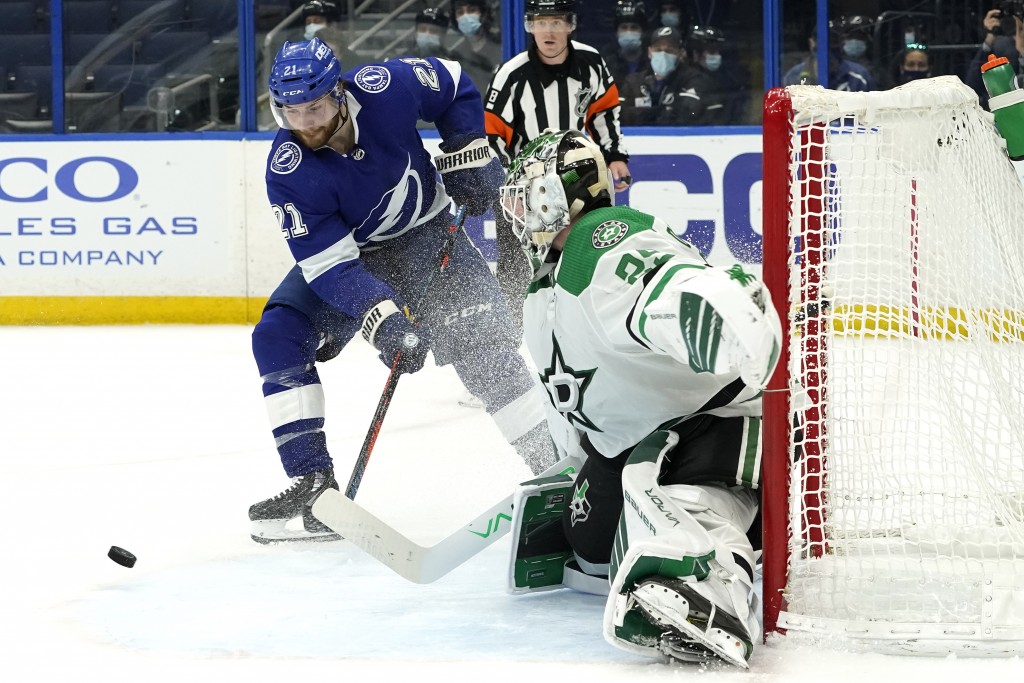 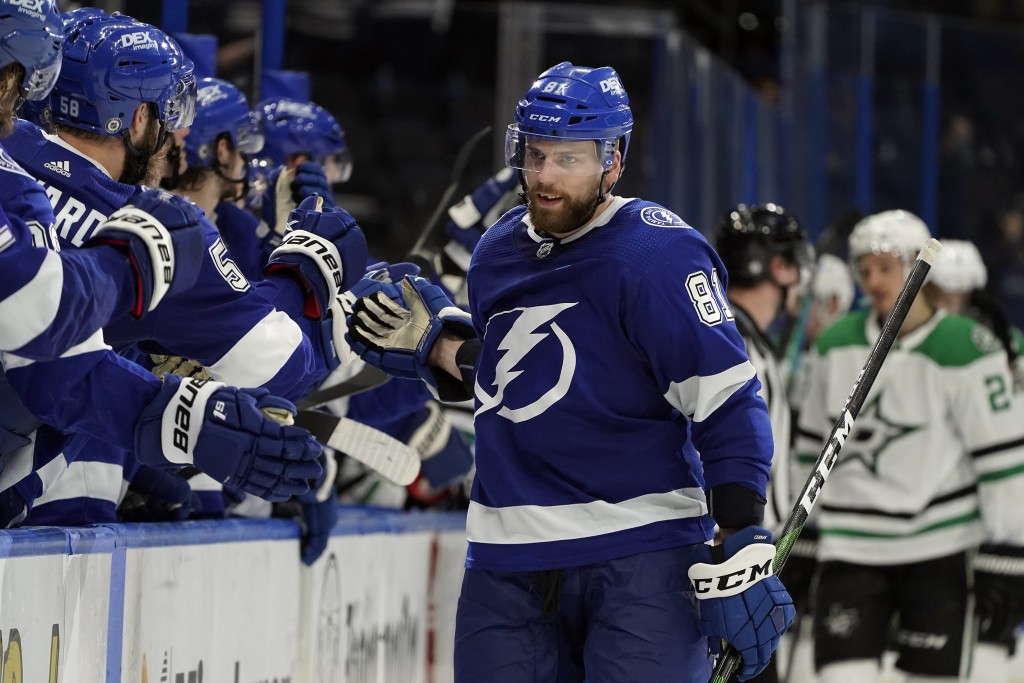 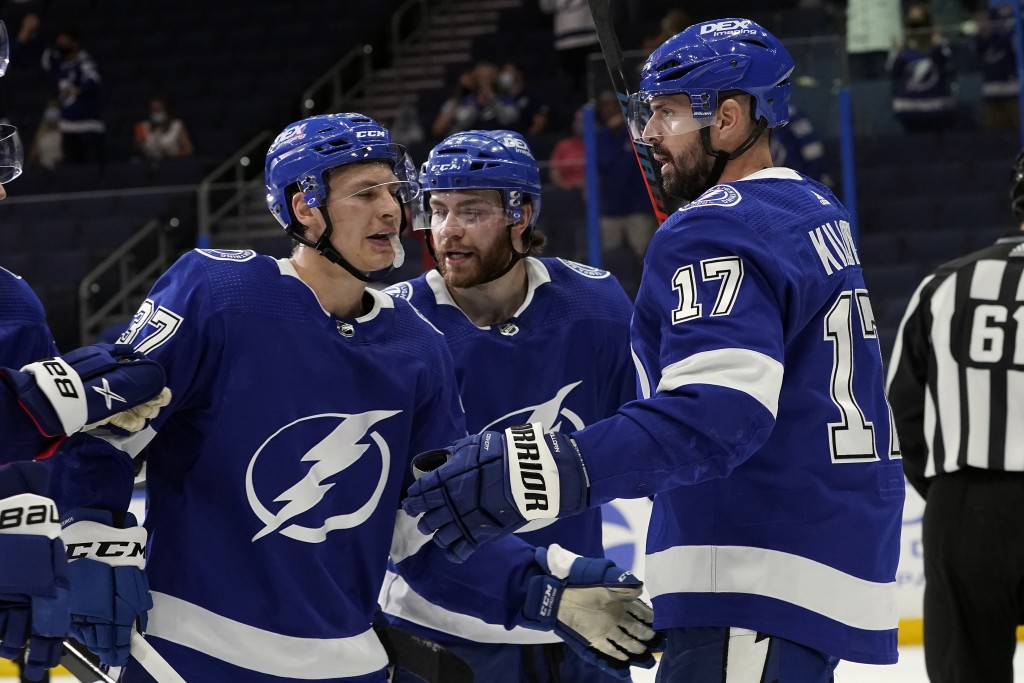 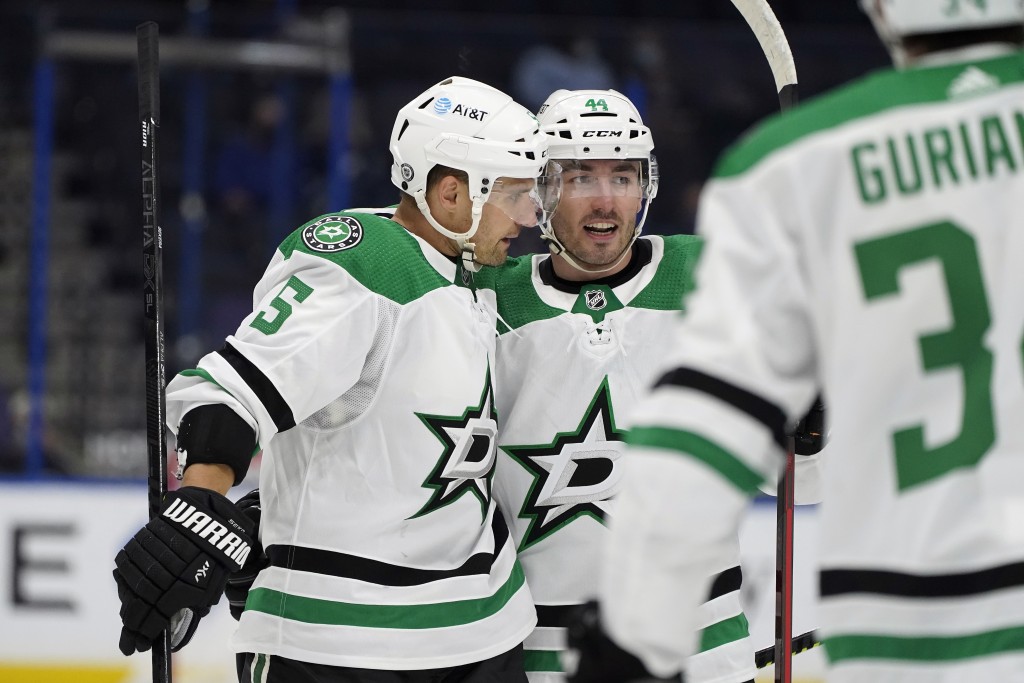 Defending champion Tampa Bay has won six of the seven meetings this season between the 2020 Stanley Cup finalists. The teams will meet again Friday night in Tampa.

The Stars remained alive for the fourth and final spot in the Central Division after Nashville’s loss in Columbus. Dallas is four points back with three games remaining.

Andrei Vasileskiy finished with 20 saves for his 31st victory of the season.

Brayden Point and Alex Killorn each had a goal and an assist for Tampa Bay. Ross Colton, Mikhail Sergachev and Tyler Johnson also scored for Tampa Bay. The Lightning are 6-0-1 in their past seven to move into a tie for second place in the Central Division with Florida. The Lightning have played one fewer game.

Jake Oettinger finished with 14 saves for the Stars. Andrej Sekera and Tyler Seguin scored for Dallas. The Stars are 0-3-2 in their past five games.

Johnson put Tampa Bay in front 2:14 into the game after Killorn’s pass attempt deflected right to Johnson in the slot where snapped a wrist shot past Oettinger for his eight goal of the season.

Seguin, in just his second game back from offseason hip surgery, scored his second in two games, finishing off a pass from Joe Pavelski with 26.2 seconds left in the period.

Killorn regained the lead for Tampa Bay at 16:39 of the second period with a backdoor tap in from a Yanni Gourde. Point made it 3-1 with 13.8 seconds left when he stripped Esa Lindell of the puck deep in the Dallas zone and cut around a poke check attempt by Oettinger for his 23rd of the season.

Tampa Bay held a full team practice Tuesday that included the return of captain Steven Stamkos, out since April 8 with a lower-body injury, to the ice for the first time in nearly a month along with former league MVP Nikita Kucherov, who has missed the entire regular season following hip surgery.

With the Lightning ending the regular season Monday, neither are expected to appear until the playoffs begin.

“Four games in six nights, it would be tough,’’ Lightning coach Jon Cooper said regarding the team’s final four games of the regular season. “The big thing for these guys is getting their stamina. That’s what they need.’’