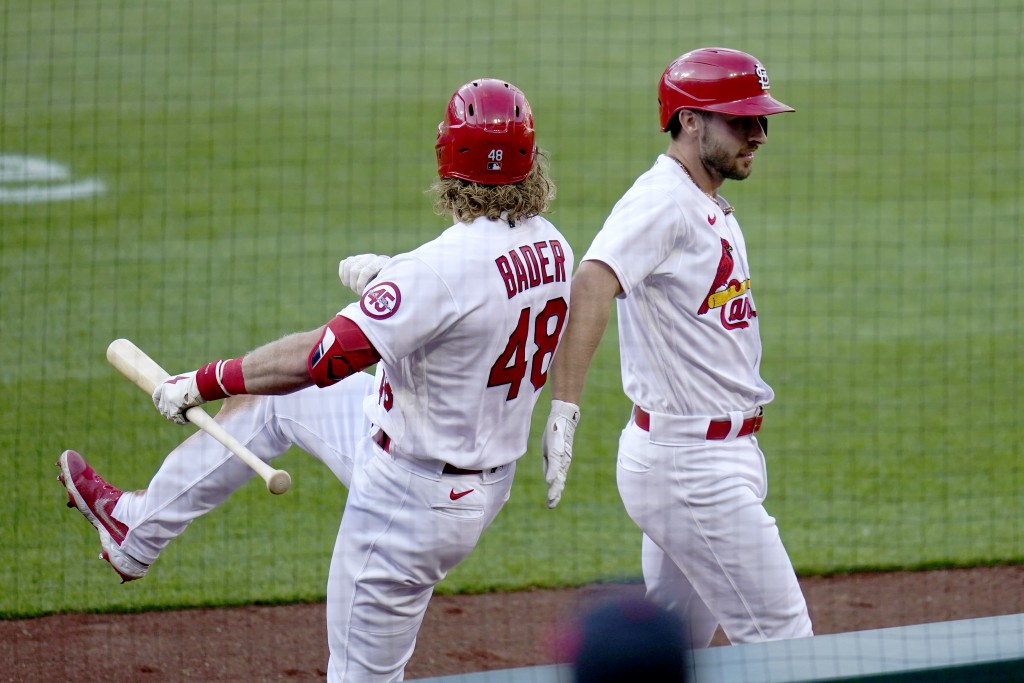 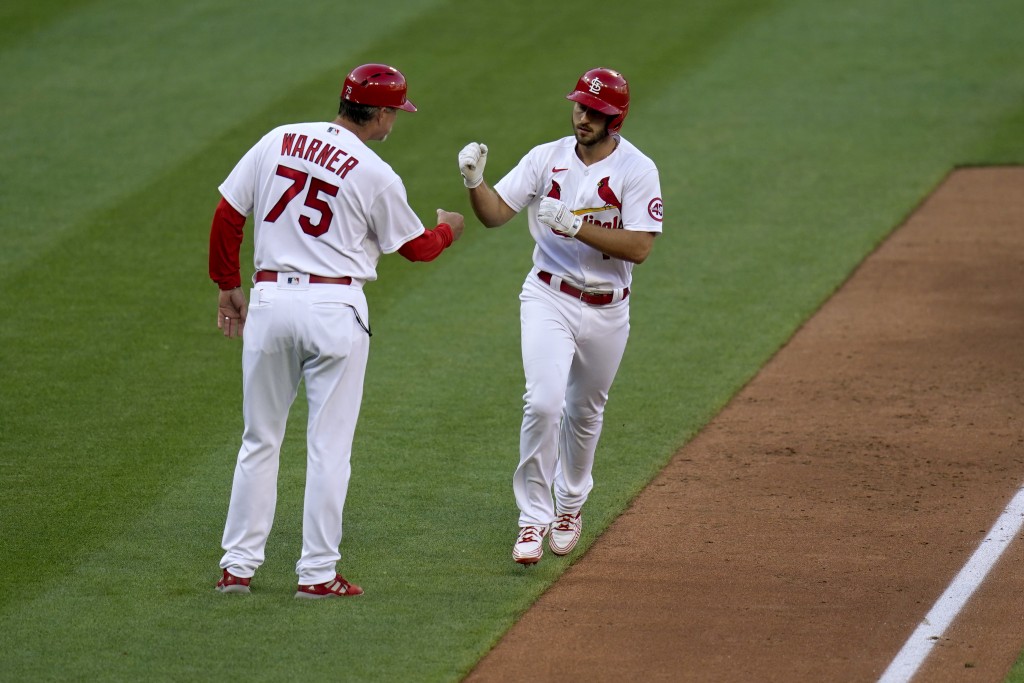 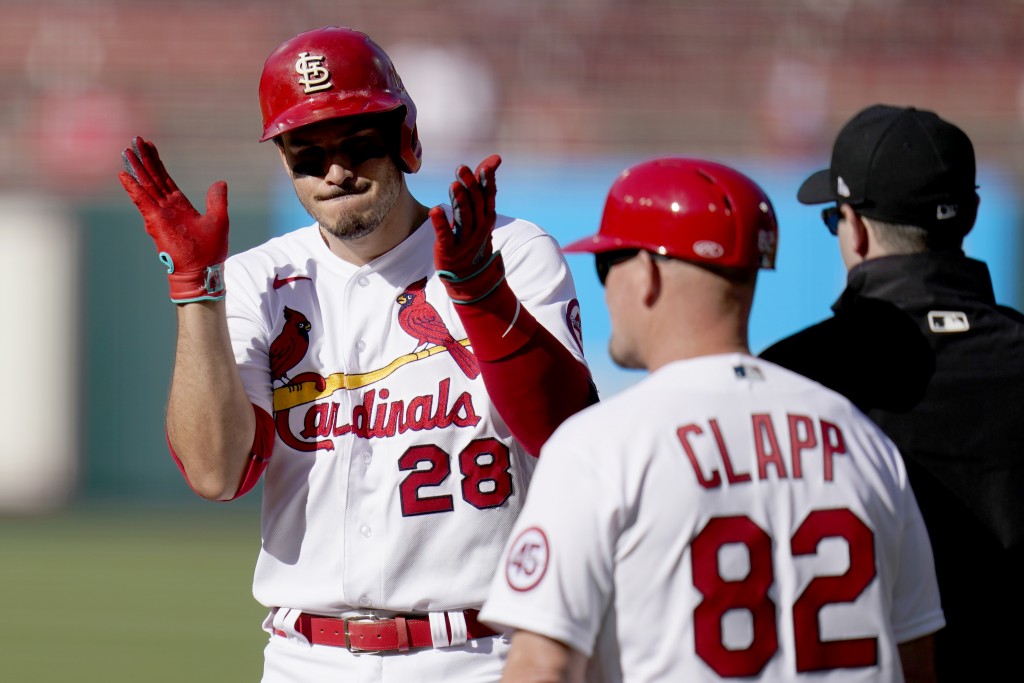 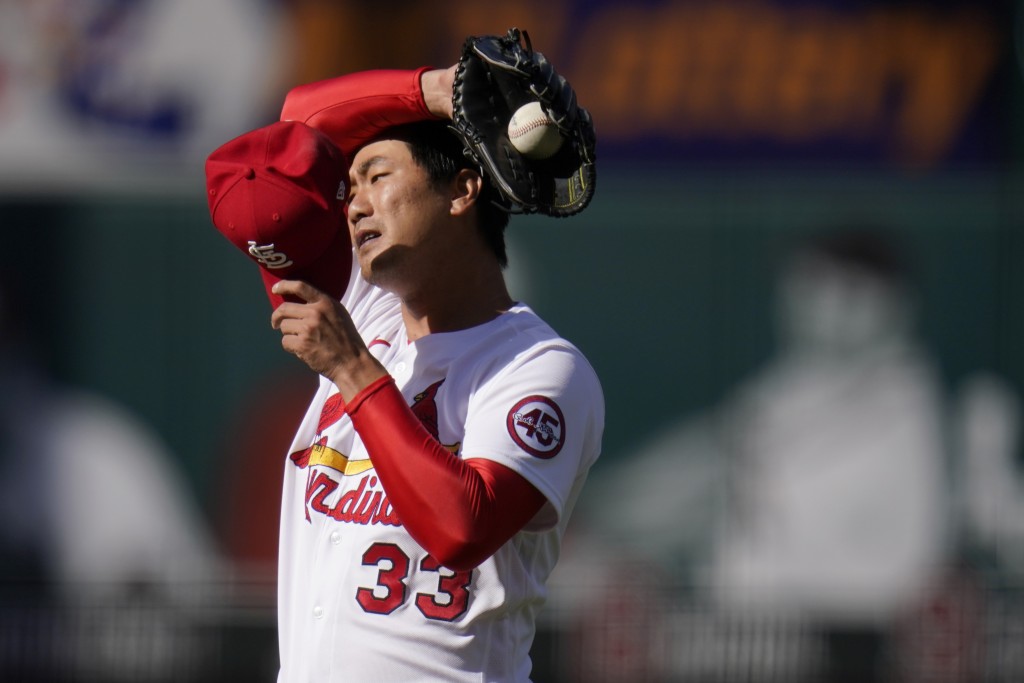 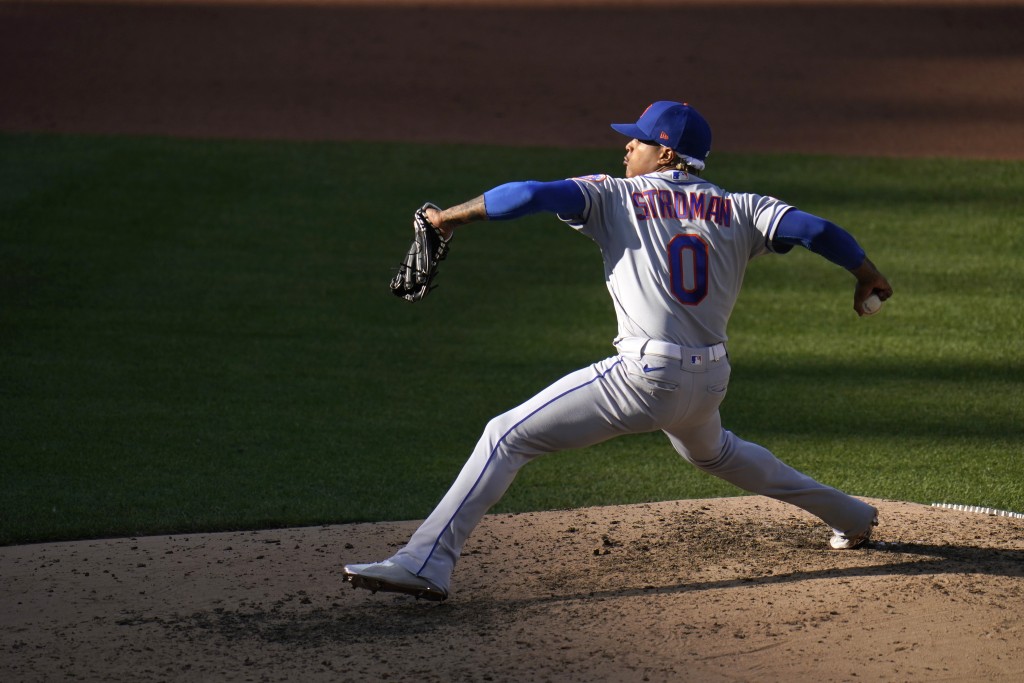 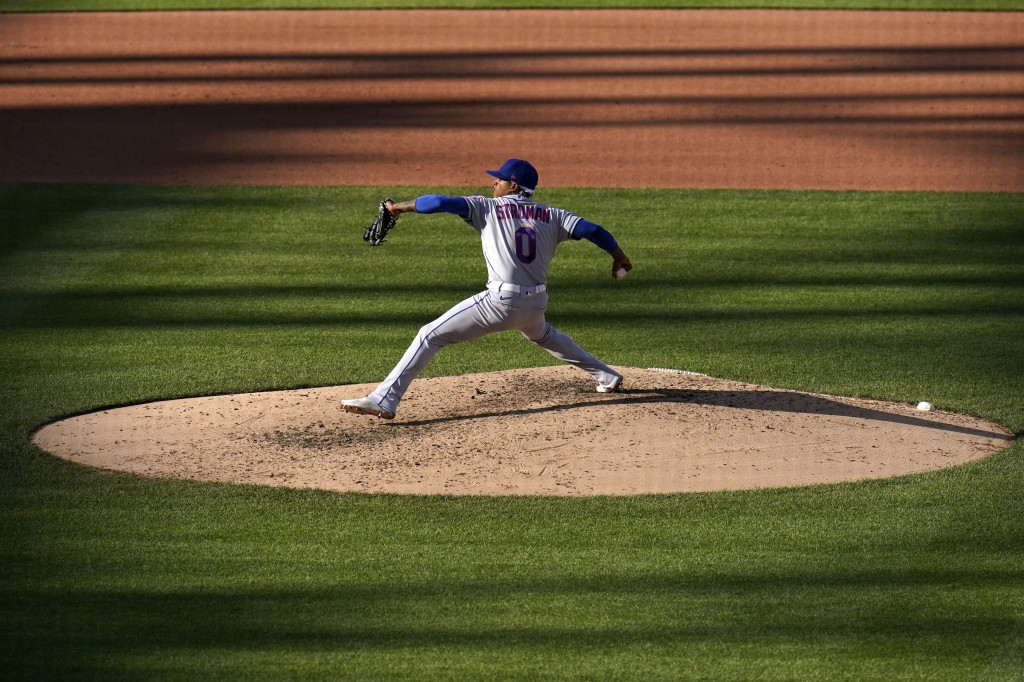 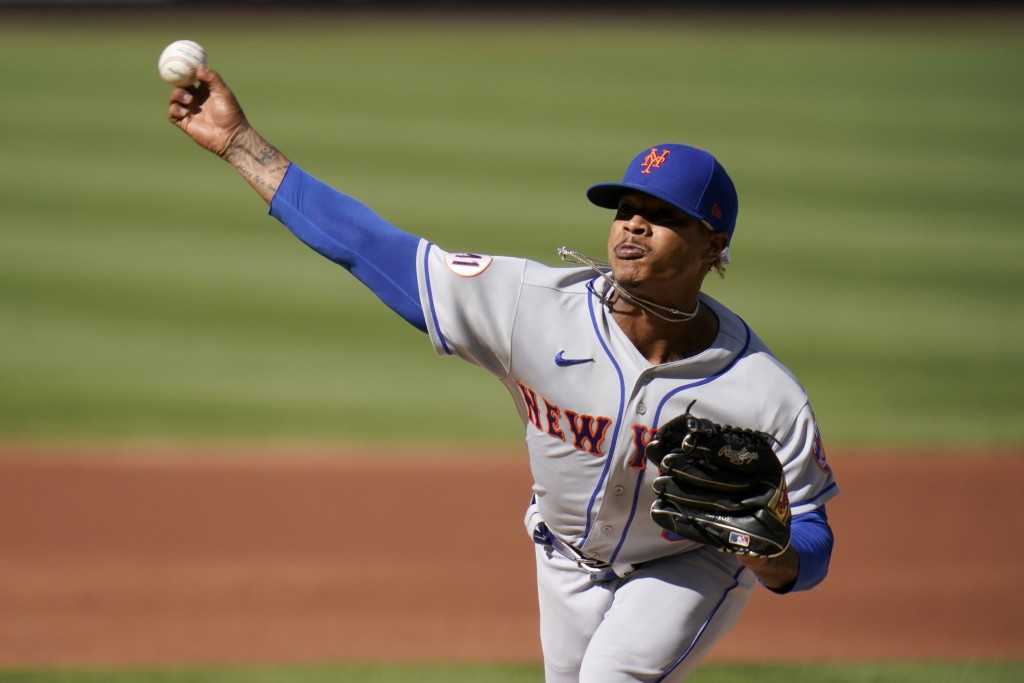 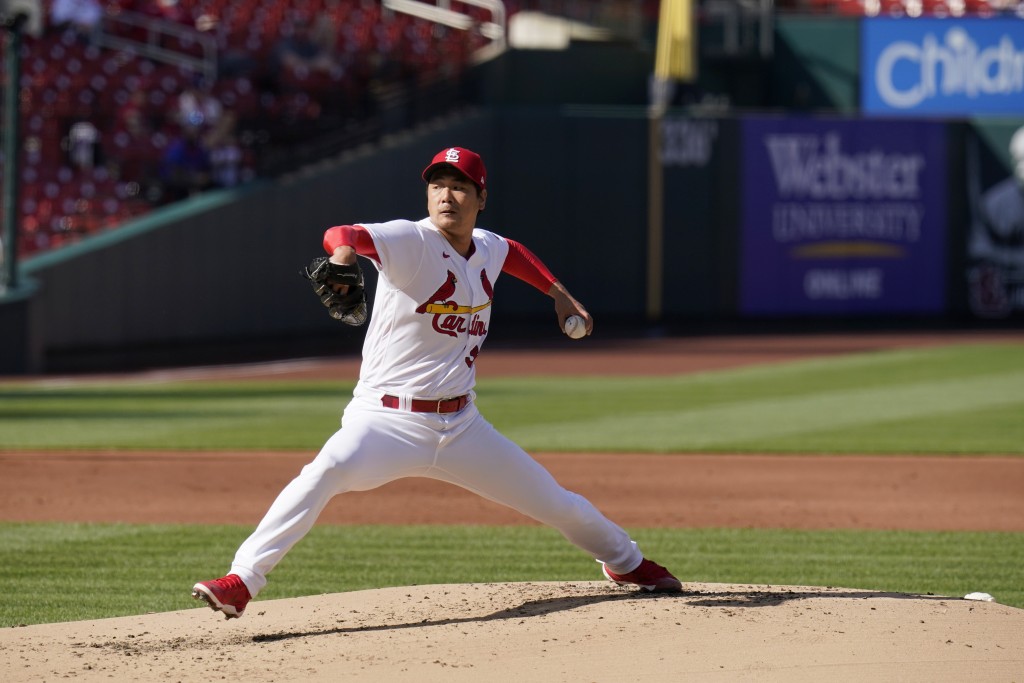 While the Mets received uplifting news earlier in the day when manager Luis Rojas said ace Jacob deGrom could return to the rotation on Sunday, skidding New York did little at the plate in its first game after hitting coach Chili Davis was fired and replaced by Hugh Quattlebaum.

James McCann hit into a run-scoring forceout, and New York’s batting average dropped to .235 with a major league-low 77 runs. The Mets went 0 for 5 with runners in scoring position, its RISP average falling to a big league-worst .198. New York has lost five of seven and is 11-13.

This was the NL Central-leading Cardinals’ first doubleheader of the season, shortened to seven-inning games under pandemic rules. The Mets were playing in their third twin bill in just over a month.

Kim gave up one run and two hits.

Paul Goldschmidt homered in the first, a 417-foot line drive off the Big Mac Land sign on the front of the third deck in left.

Nolan Arenado singled home a run with two outs in the third, and McCann's grounder cut the gap in the fourth. Kim escaped bases-loaded trouble by throwing a called third strike past Jonathan Villar and fanning Albert Almora Jr.

Arenado, who singled in his first two at-bats, reached on shortstop Francisco Lindor's throwing error in the fifth and DeJong hit a two-run homer on a slider, his first home run this year at home after hitting six on the road.

Keith Hernandez, an All-Star first baseman, was voted in by fans into the Cardinals Hall of Fame. Hernandez was a two-time All-Star during 10 years in St. Louis and part of the 1982 World Series champions. A three-time All-Star with the Mets and an 11-time Gold Glove, he entered the Mets' Hall of Fame in 1997. “I enjoyed playing in both places,” Hernandez said.

Mets: RHP Sean Reid-Foley was recalled from Triple-A Syracuse to serve as the 27th man.

Cardinals: LHP Bernardo Flores Jr. was recalled to join the bullpen and serve as the 27th player. Flores, Jr., who was claimed off waivers from the Chicago White Sox on April 1, had been scheduled to start Friday for Triple-A Memphis.

Cardinals: RF Dylan Carlson was removed the fifth inning with a bruised right shin. He fouled off a pitch in his at-bat in the inning. ... RHP Miles Mikolas (right shoulder) was scheduled to begin his rehab assignment Wednesday night in a start for Memphis against visiting Durham. Mikolas, who missed the 2020 season (right forearm strain) and was placed on the 10-day injured list on March 28.

RHP Taijuan Walker (1-1) is to start Thursday's series finale for the Mets against RHP John Gant (2-2).