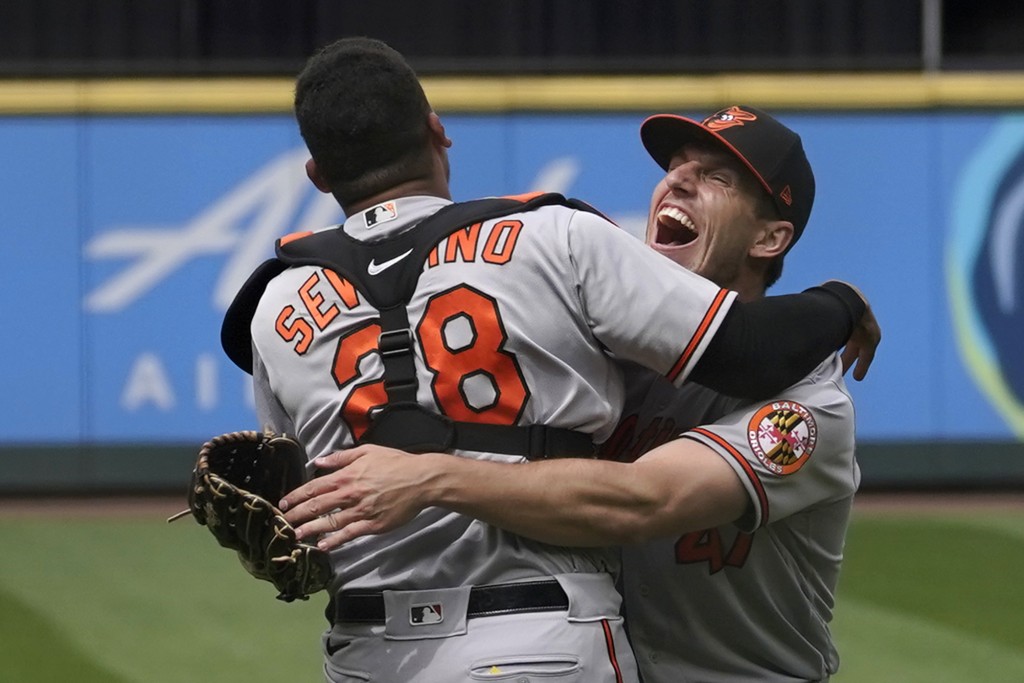 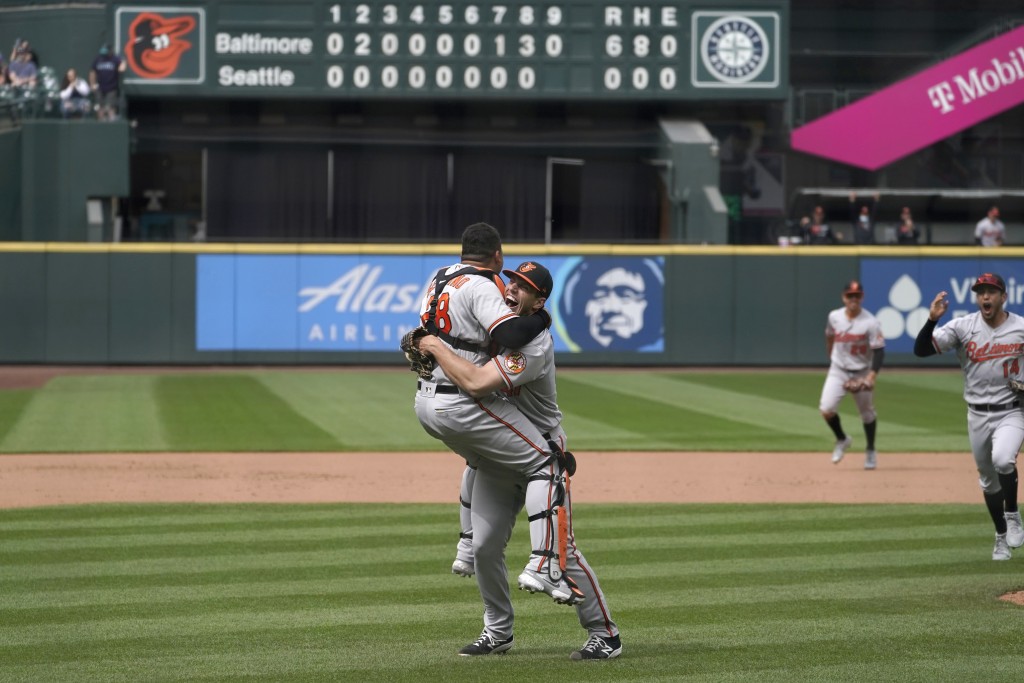 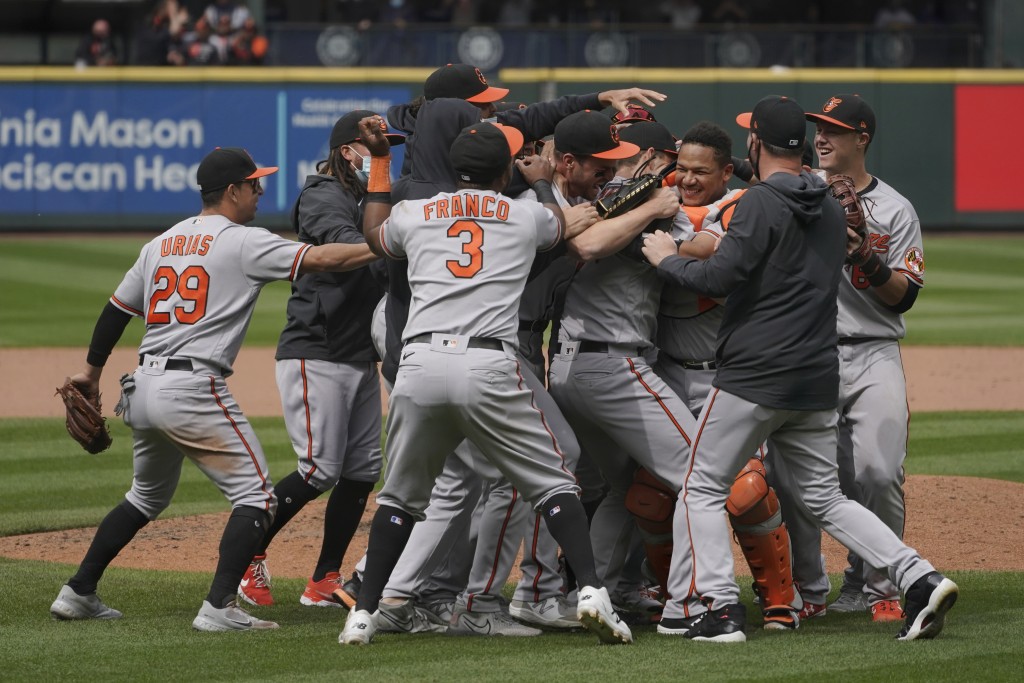 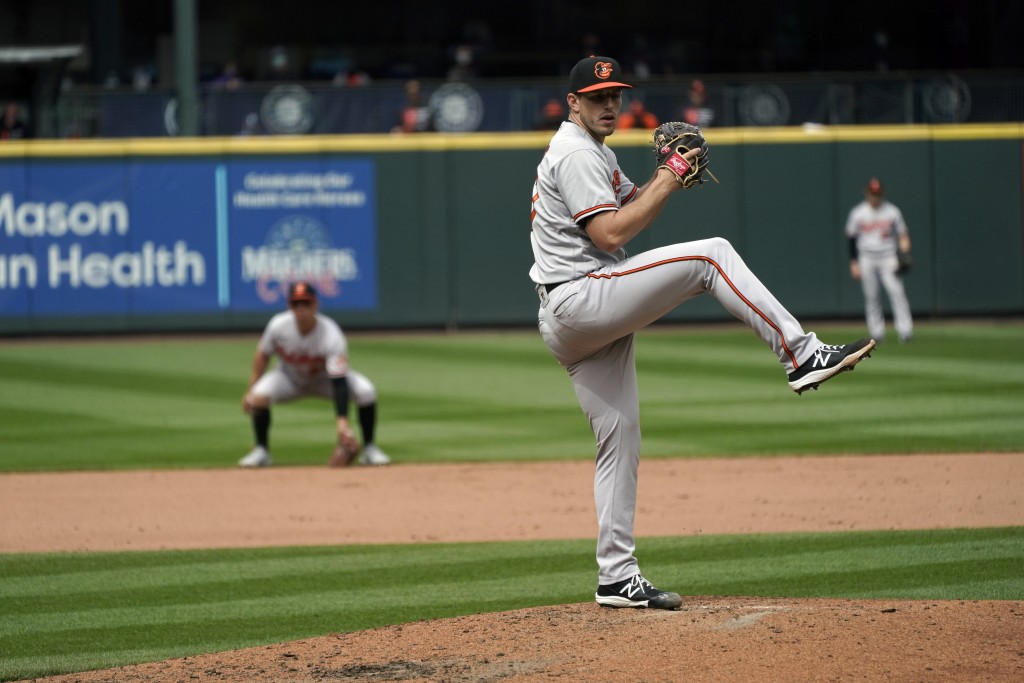 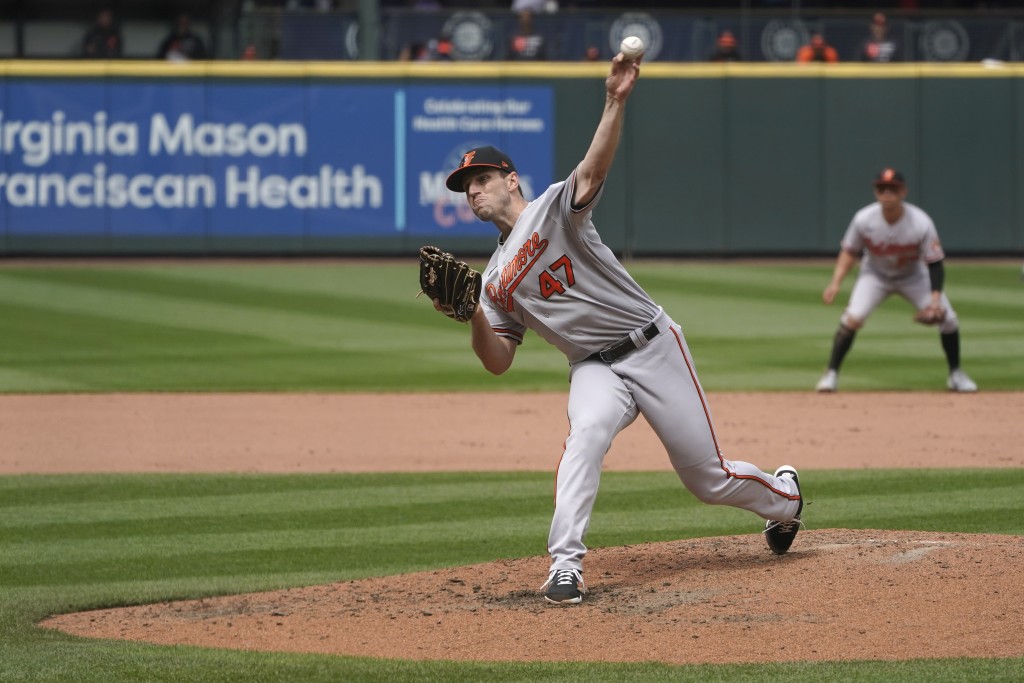 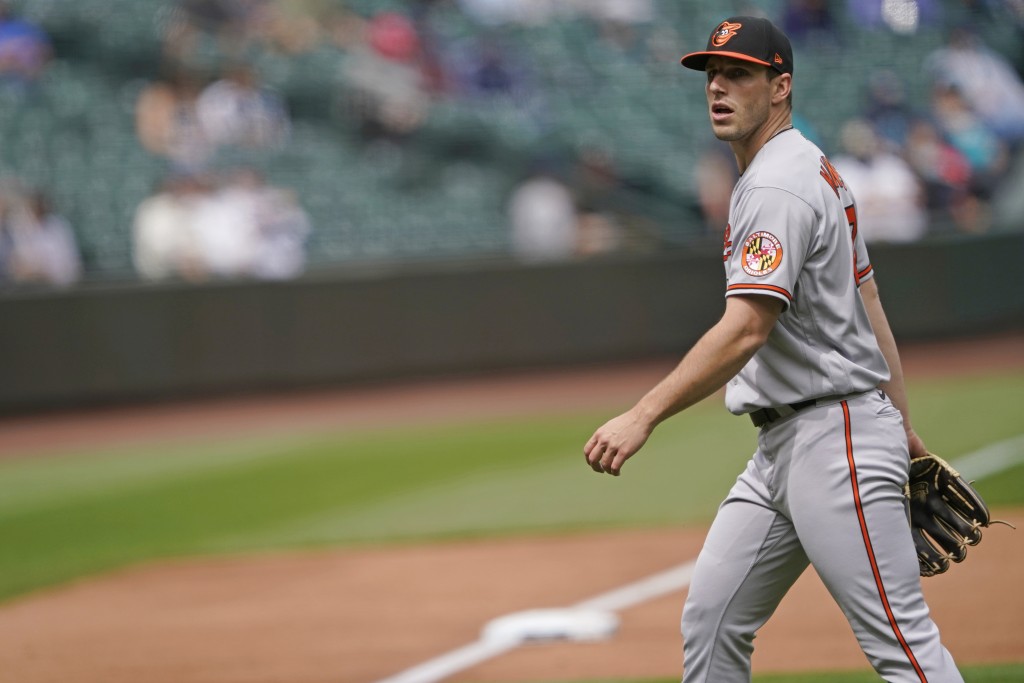 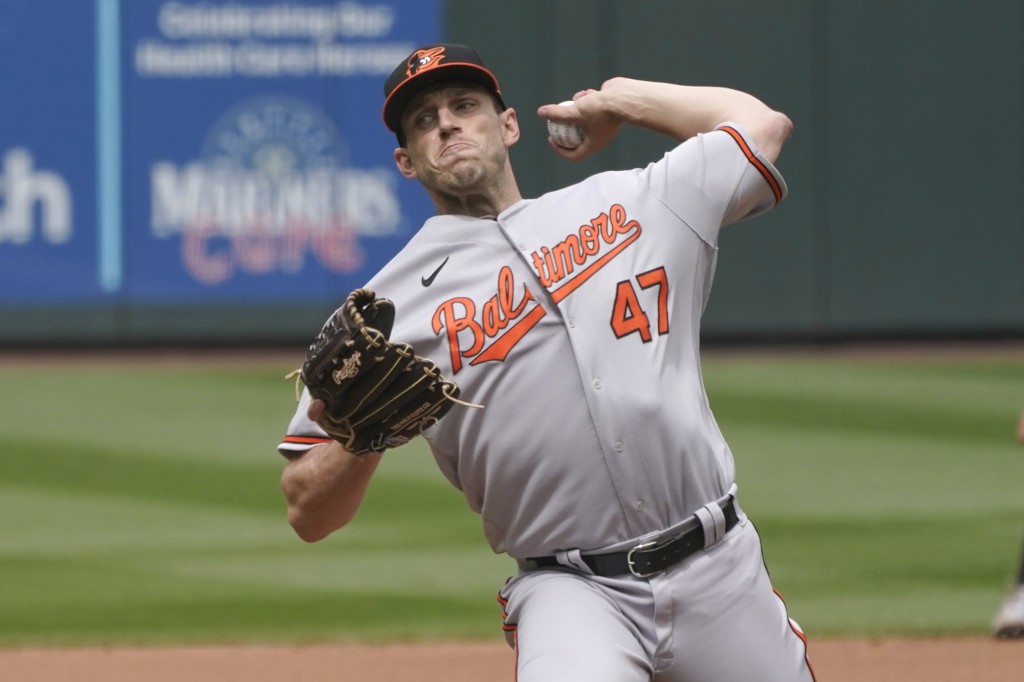 SEATTLE (AP) — John Means threw the major leagues’ third no-hitter this season and came within a wild pitch on a third strike of a perfect game, pitching the Baltimore Orioles over the Seattle Mariners 6-0 on Wednesday.

Means (4-0) struck out 12. Seattle’s Sam Haggerty raced to first after he struck out swinging on a curveball in the dirt on a 1-2 count with one outs in the third inning that bounced away from catcher Pedro Severino.

Haggerty wasn’t on base long, getting thrown out attempting to steal second.

Means threw 79 strikes among 113 pitches, including first-pitch strikes to 26 of 27 batters. When Seattle did make contact against the 28-year-old left-hander, it was weak and there were no threats to fall in for a hit.

Means lowered his ERA to 1.37 and became the first individual Orioles pitcher to toss a no-hitter since Jim Palmer against Oakland on Aug,. 13, 1969. It was the 10th no-hitter in franchise history — six in Baltimore after four as the St. Louis Browns.

In a season in which batters are on track to hit a record-low .232, Means joined a no-hit club that includes gems by San Diego right-hander Joe Musgrove at Texas on April 9 and by Chicago White Sox left-hander Carlos Rodón against Cleveland on April 14.

In addition, Arizona left-hander Madison Bumgarner pitched a seven-inning no-hitter against Atlanta on April 25, but that is not recognized as an official no-hitter by Major League Baseball because the game did not go at least nine innings, shortened under pandemic rules in effect for a second straight season.

Means had plenty of offensive support. D.J. Stewart and Ramón Urias both had RBI singles against Yusei Kikuchi in the third inning. Pat Valaika hit a solo home run off Kikuchi (1-2) in the sixth and Trey Mancini provided a three-run shot off reliever Aaron Fletcher in the eighth inning.

Votto was hit by Dallas Keuchel's pitch in the fourth inning. Votto remained in the game, but in the sixth was replaced at first base by Kyle Farmer. Votto is not expected to need surgery, but could miss up to a month.

Jesse Winker hit a winning single in the 10th inning after Chicago’s Leury García was caught stealing in the top half.

Liam Hendriks (1-1) lost for the first time since signing a $54 million, four-year contract with the White Sox as a free agent. Lucas Sims (1-1) got the victory.