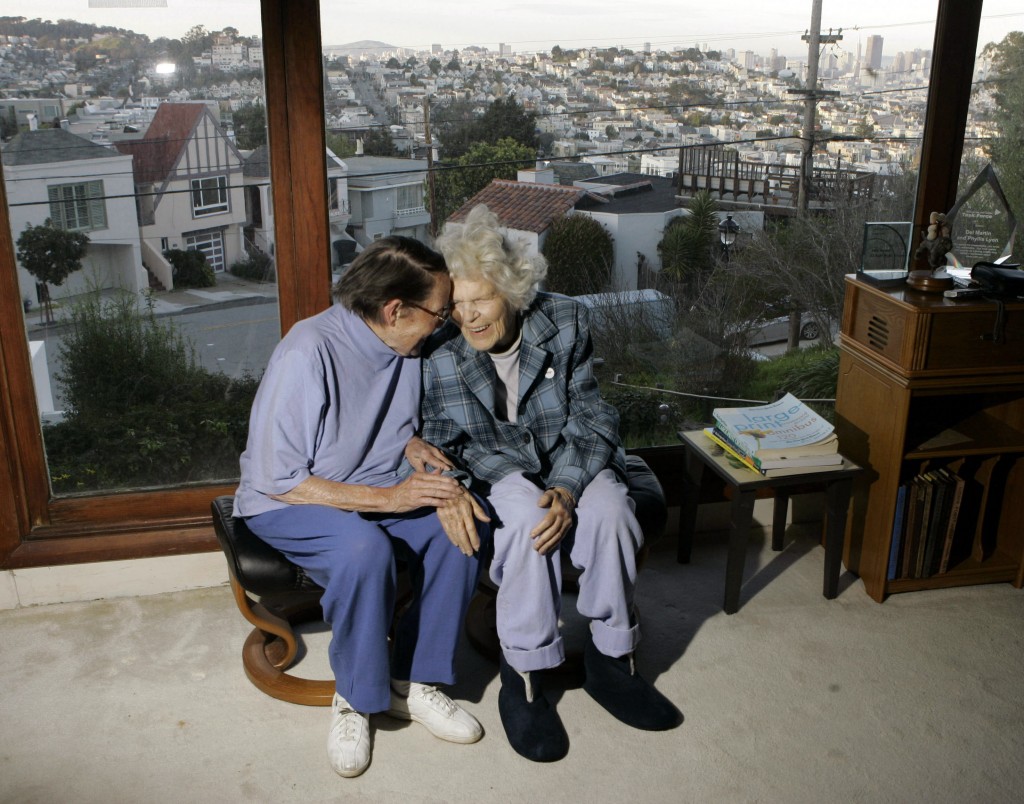 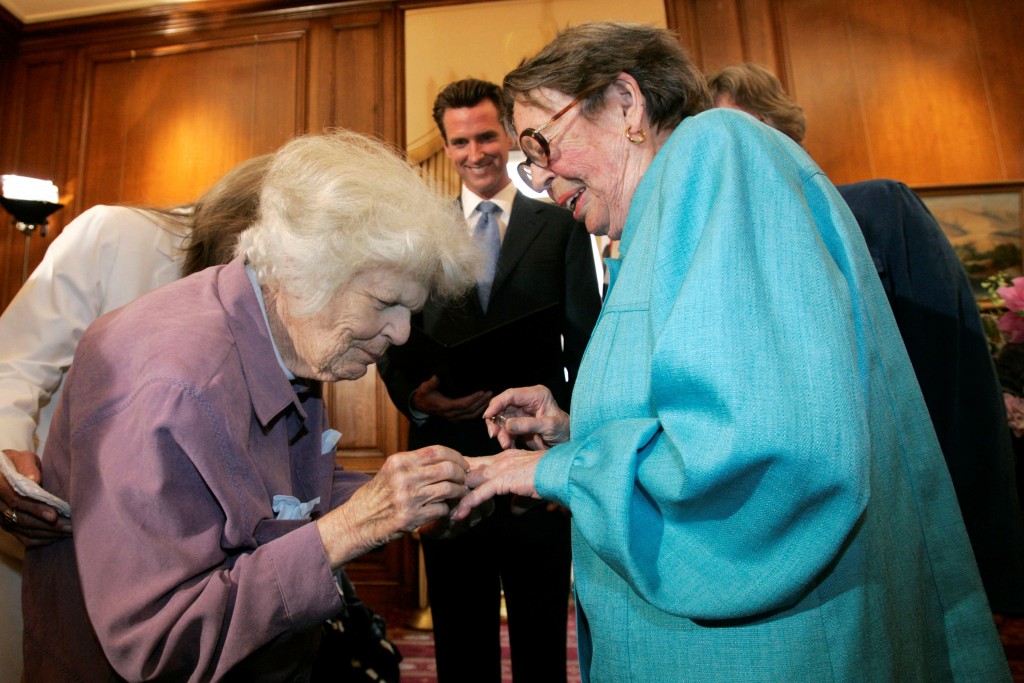 SAN FRANCISCO (AP) — The hilltop cottage belonging to a lesbian couple who were the first same-sex partners to legally marry in San Francisco has become a city landmark.

The Board of Supervisors voted unanimously Tuesday to give the 651 Duncan St. home of the late lesbian activists Phyllis Lyon and Del Martin landmark status. The home in the Noe Valley neighborhood is expected to become the first lesbian landmark in the U.S. West, the San Francisco Chronicle reported.

“They provided a place for lesbians who were really, really, really in the closet to hang out and dance, have holiday potlucks so they wouldn’t have to go home and hang out with their homophobic relatives,” said Shayne Watson, an architectural historian who specializes in LGBTQ heritage conservation and was active in the movement to get the home landmarked.

Martin and Lyon bought the simple one-bedroom house, terraced up the hillside, as a couple in 1955, the same year they co-founded the Daughters of Bilitis, a political and social organization for lesbians.

The group started as a social support organization but quickly transformed into activism and politics.

“The Daughters of Bilitis didn’t have an office space, so 651 was really ground zero for the lesbian rights movement at the time. It was a place where people could be safe and reveal their sexuality," said Terry Beswick, executive director of the GLBT Historical Society.

Lyon was a journalist who met her lifelong love, Martin, while working at a magazine in Seattle. The couple moved to San Francisco in 1953. Besides the political organization, they published a national monthly for lesbians and a book called Lesbian/Woman in 1972.

Gov. Gavin Newsom was a newly elected mayor of San Francisco in 2004 when he decided to challenge California’s marriage laws by issuing licenses to same-sex couples. His advisers and gay rights advocates had the perfect couple in mind to be the public face of the movement.

Lyon and Martin, who had been together more than 50 years by then, were secretly swept into the clerk’s office. They exchanged vows before a tiny group of city staffers and friends.

After the sale, a loose organization called the Friends of Lyon-Martin House was formed to guard against demolition, with the GLBT Historical Society as a financial sponsor.

Within six months, the group will put forth a proposal, with a sidewalk plaque as “a bare minimum,” Beswick said. Beswick and Watson both want to preserve the interior as a student residency, public research facility and center for LGBTQ activism and history.

“No one wants to see a tour bus in front of the house,” said Watson, “but Phyllis and Del affected so many lives, including my own, and I feel strongly that the house where they did it should stay in the community.”