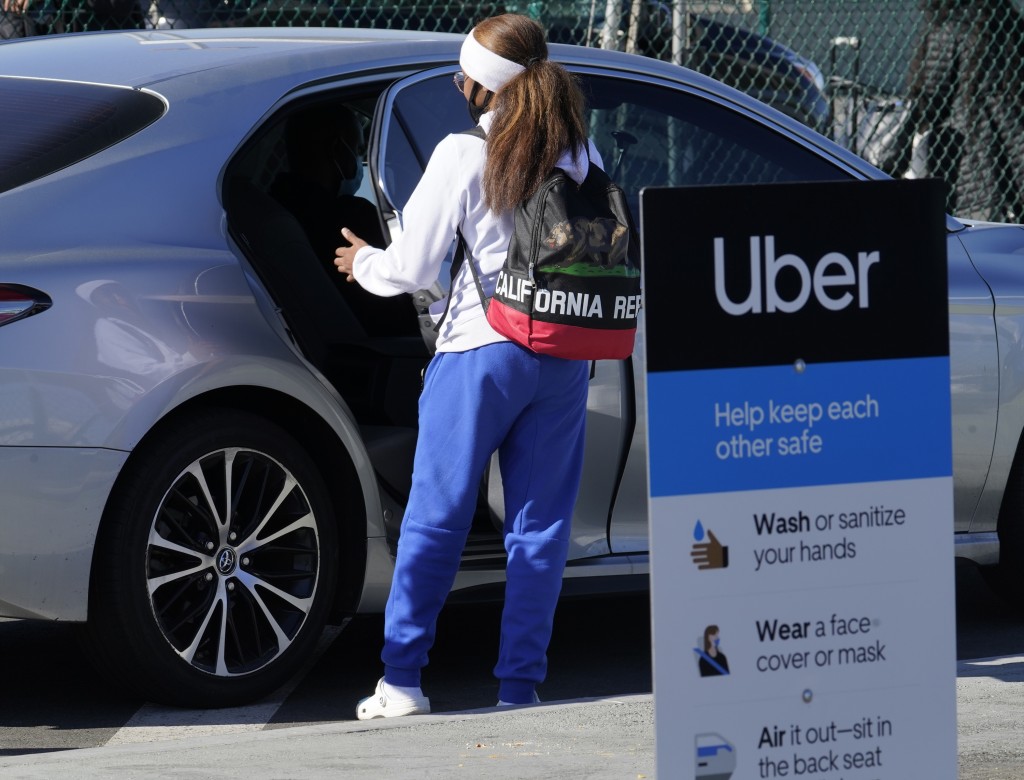 The San Francisco-based company said Wednesday that its bookings jumped 24% to $19.5 billion __ an all-time high __ in the January-March period. That was far ahead of the $18 billion Wall Street was anticipating, according to analysts polled by FactSet.

Uber said its delivery bookings rose 166% from the same period last year. Mobility __ or ride-hailing __ bookings were down 38%, but that was narrower than the year-over-year losses the company saw most of last year.

“Uber is starting to fire on all cylinders, as more consumers are riding with us again while continuing to use our expanding delivery offerings,” Uber CEO Dara Khosrowshahi said in a statement. Uber announced in February that it was buying the alcohol delivery service Drizly.

Uber's revenue fell 11% to $2.9 billion, partly due to a $600 million charge for back payment of workers in the United Kingdom. Without that charge, Uber reported $3.5 billion in revenue, topping Wall Street's estimate of $3.27 billion.

The company reported a net loss of $108 million for the period, or 6 cents per share. Analysts had forecast a 56-cent loss.

Uber has said that demand is increasing faster than its supply of drivers. Last month, the company said it planned to spend $250 million on sign-up bonuses and other incentives to lure drivers.