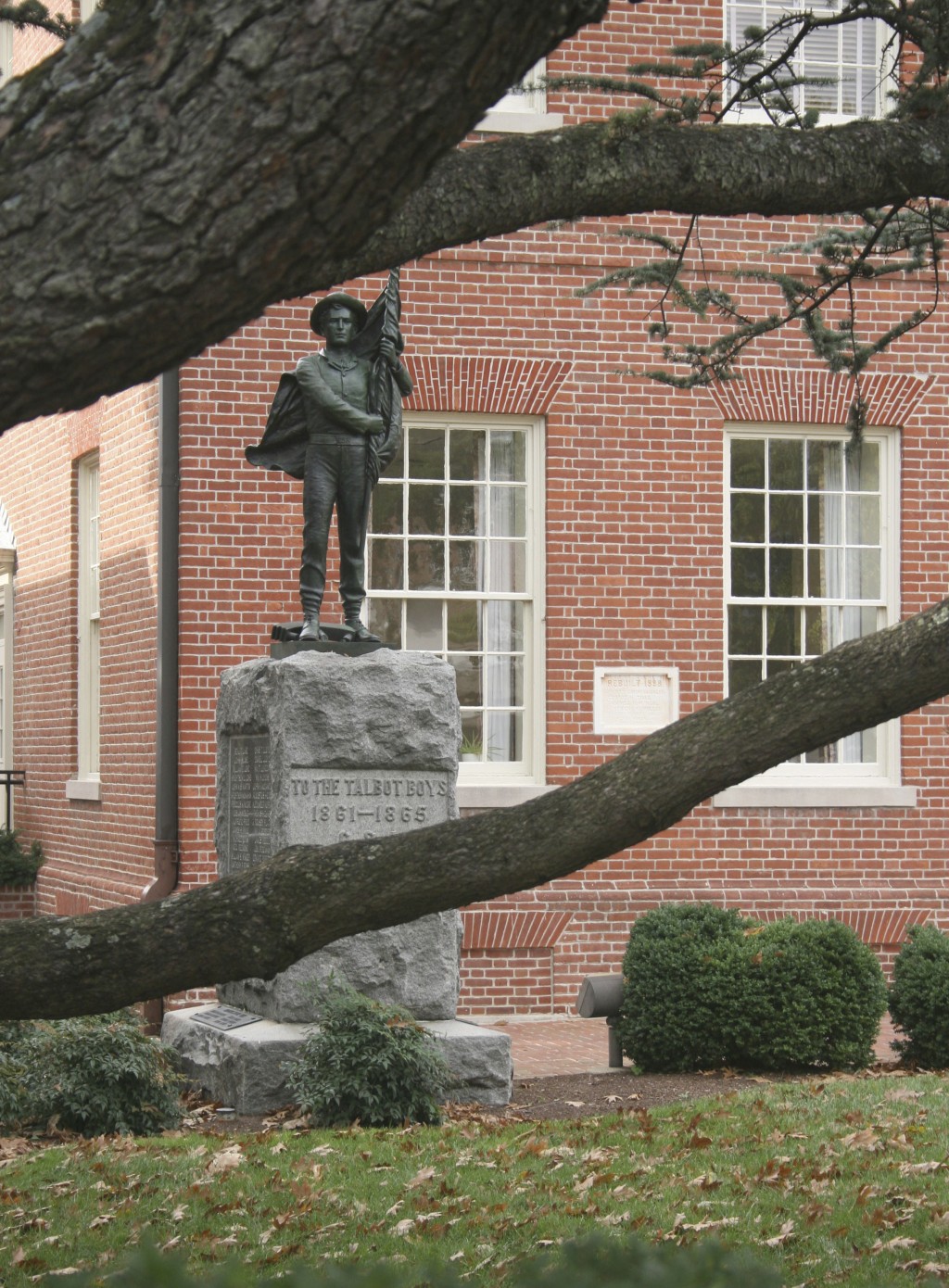 COLLEGE PARK, Md. (AP) — Civil rights advocates sued a Maryland county on Wednesday to seek the court-ordered removal of a Confederate monument from a courthouse lawn on the state's Eastern Shore, calling it a racist symbol of oppression.

In their federal lawsuit, an NAACP branch leader and a defense lawyer say the “Talbot Boys” statue in Talbot County is the last Confederate monument remaining on public property in Maryland besides cemeteries and battlefields.

The lawsuit claims that a statue glorifying the Confederacy on the lawn outside the county courthouse in Easton, Maryland, is both unconstitutional and illegal under federal and state laws. Keeping it there “sends a message that the community does not value Black people, that justice is not blind, and that Black people are not equal in the eyes of the county,” the suit says.

“For Black employees and litigants entering the courthouse, the statue is, in its least damaging capacity, intimidating and demoralizing,” it adds.

In August 2020, Talbot County Council members voted 3-2 to keep the memorial on the courthouse lawn.

Council President Chuck Callahan was among the three members who voted to keep the memorial. He did not immediately respond Wednesday to an email and phone call seeking comment on the lawsuit.

The memorial, dedicated in 1916, commemorates more than 80 soldiers who fought for the Confederacy. A website advocating for it to stay on the courthouse lawn calls it “a piece of history and a splendid work of art that tells the story of brother vs. brother where North and South came together, the border state of Maryland.”

The lawsuit says the statute, erected 50 years after the Civil War ended and during the Jim Crow era, was funded primarily by a prominent white lawyer who “embraced ideals of slavery.”

“It is also telling that no monument was erected to honor the sacrifices of those from Talbot County who fought for the Union — particularly since Maryland was not part of the Confederacy,” the suit adds.

The lawsuit's plaintiffs include Richard Potter, president of the Talbot County branch of the NAACP, and Kisha Petticolas, a Black lawyer who works in Talbot County for the Maryland Office of the Public Defender.

Plaintiffs' lawyers, including from the American Civil Liberties Union of Maryland, filed the federal lawsuit in Baltimore.

It asks the court to order the statute's permanent removal from the courthouse area and bar its display at any other county property. It also seeks unspecified monetary damages for the plaintiffs.

Roughly 13% of Talbot County's 37,000 residents are Black, the lawsuit notes. Petticolas said the statute is a painful symbol of hate and white supremacy that she and her clients must walk past every time they enter the courthouse.

“It is beyond time for this statue to be removed from the courthouse grounds," she said during a news conference Wednesday. "It should not be on public land. It should not be in a place that is sending the message that you cannot get justice here.”

Potter said he and other activists approached Talbot County Council members in 2015 about relocating the monument after Dylann Roof killed nine Black people in a South Carolina church. The council's vote to keep it there “left us with no other choice but to take this action,” he said of the lawsuit.

“We have waited long enough. In the words of Fannie Lou Hamer, ‘We are sick and tired of being sick and tired,’” Potter said, quoting the late civil rights leader from Mississippi.