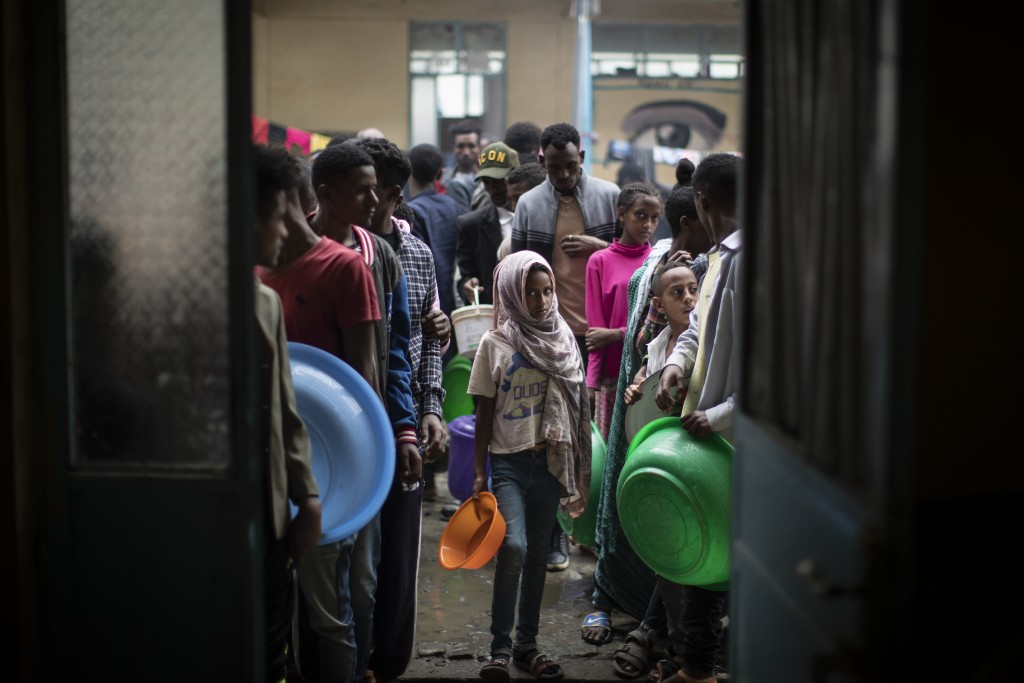 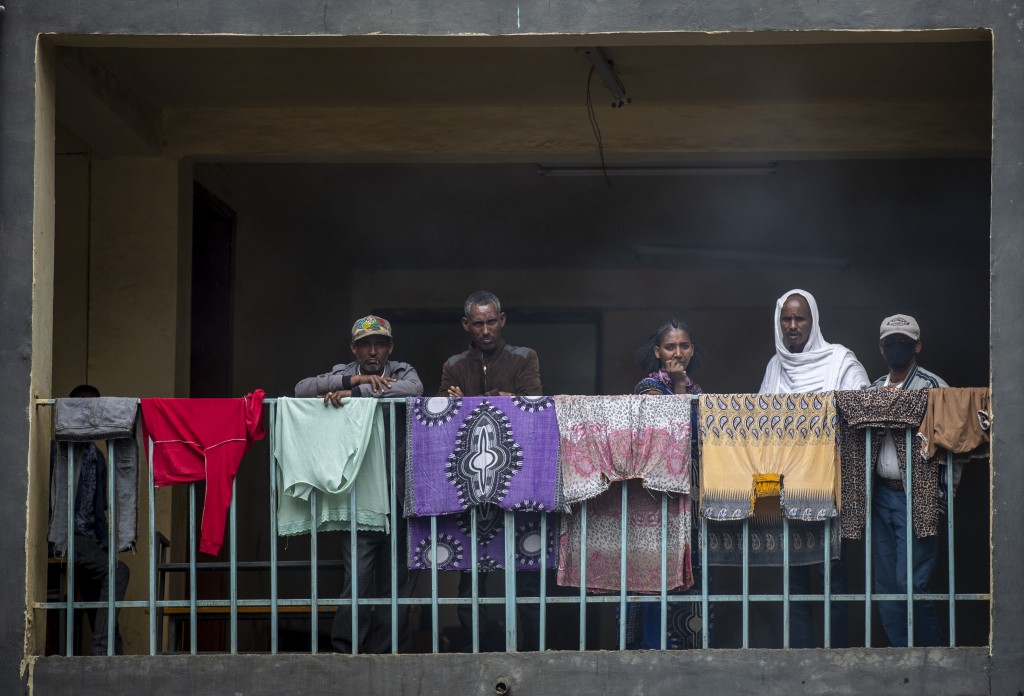 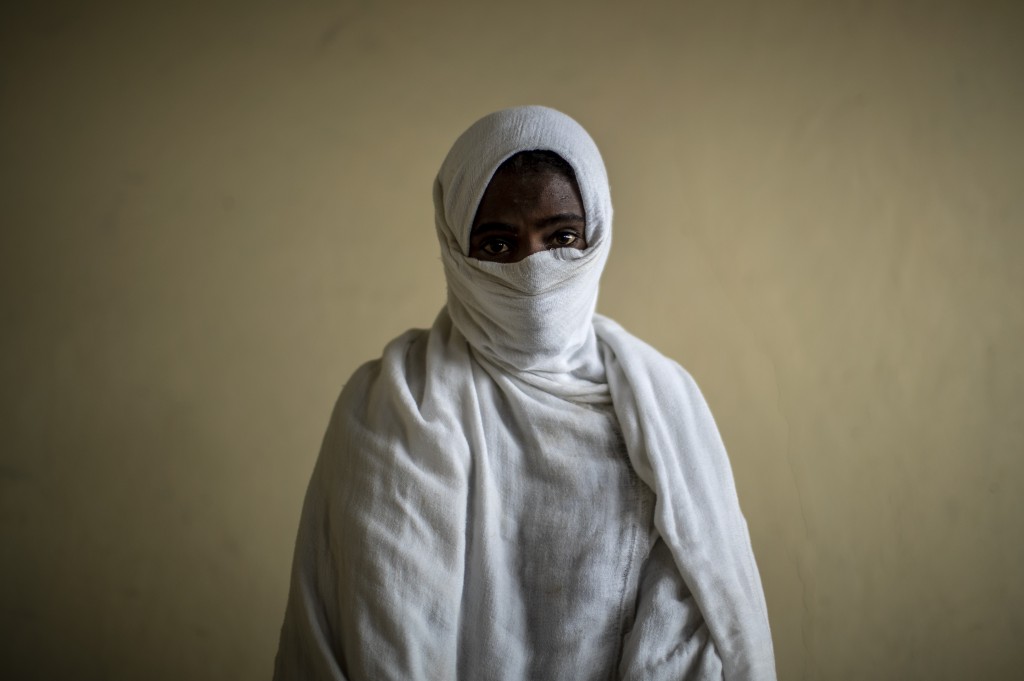 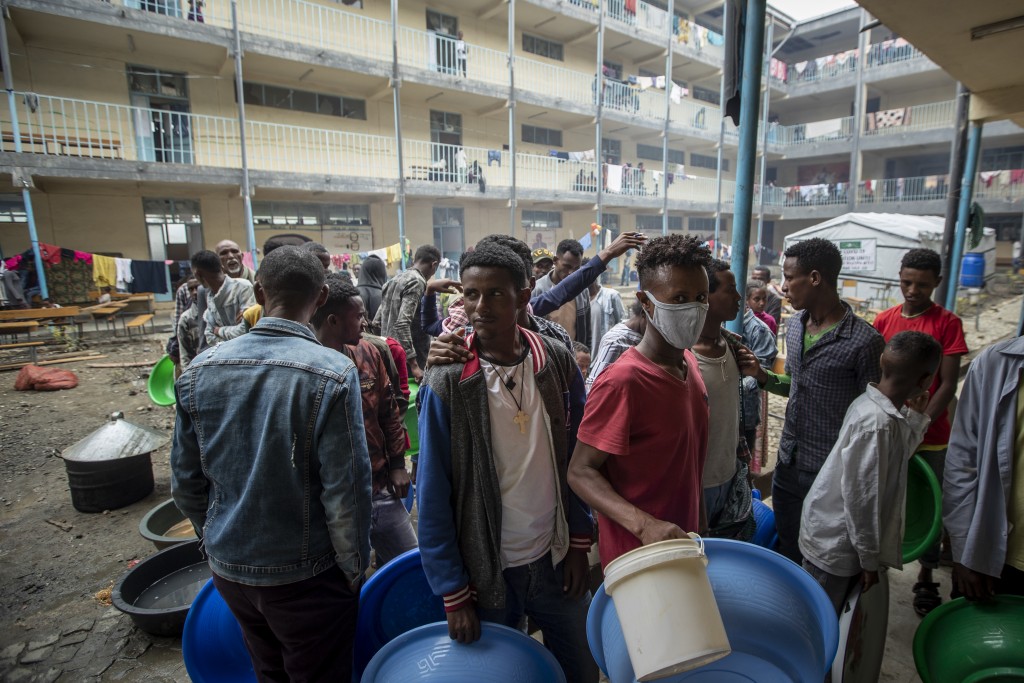 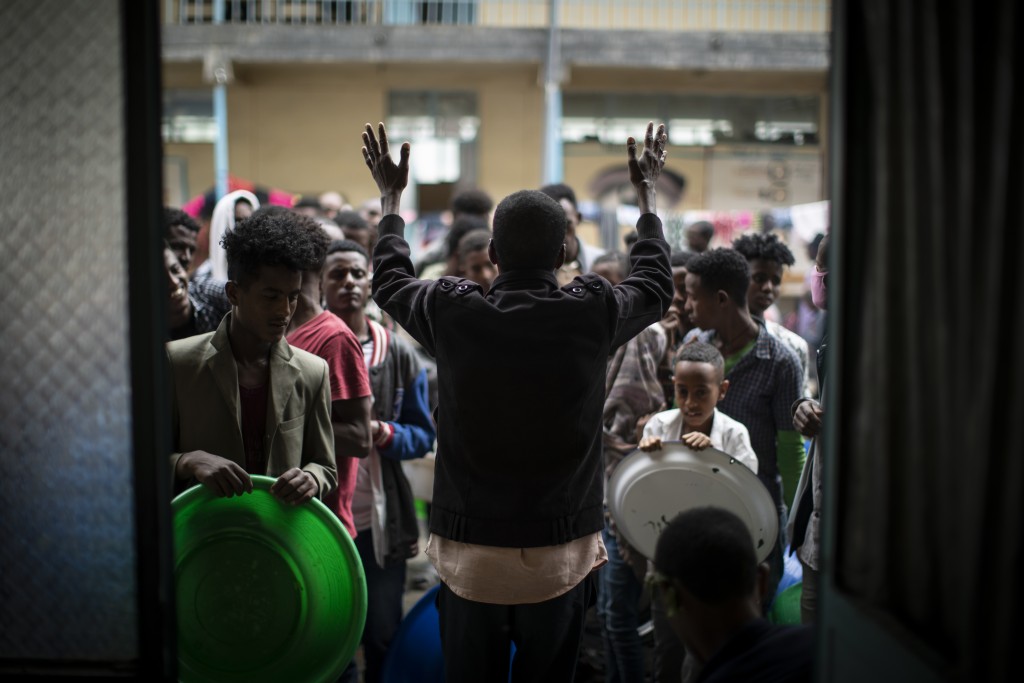 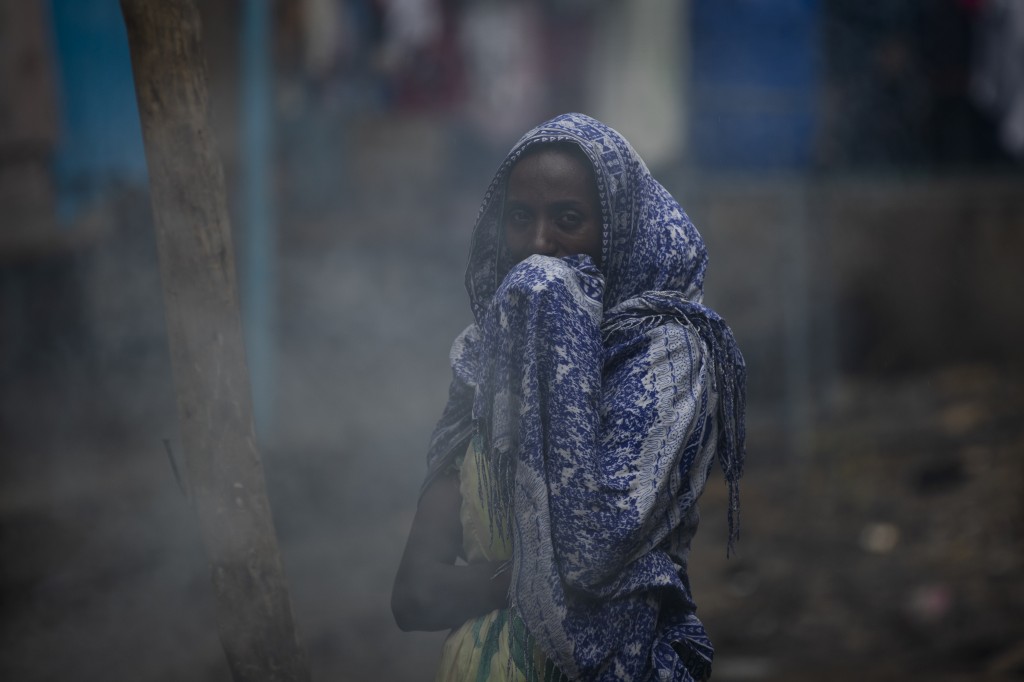 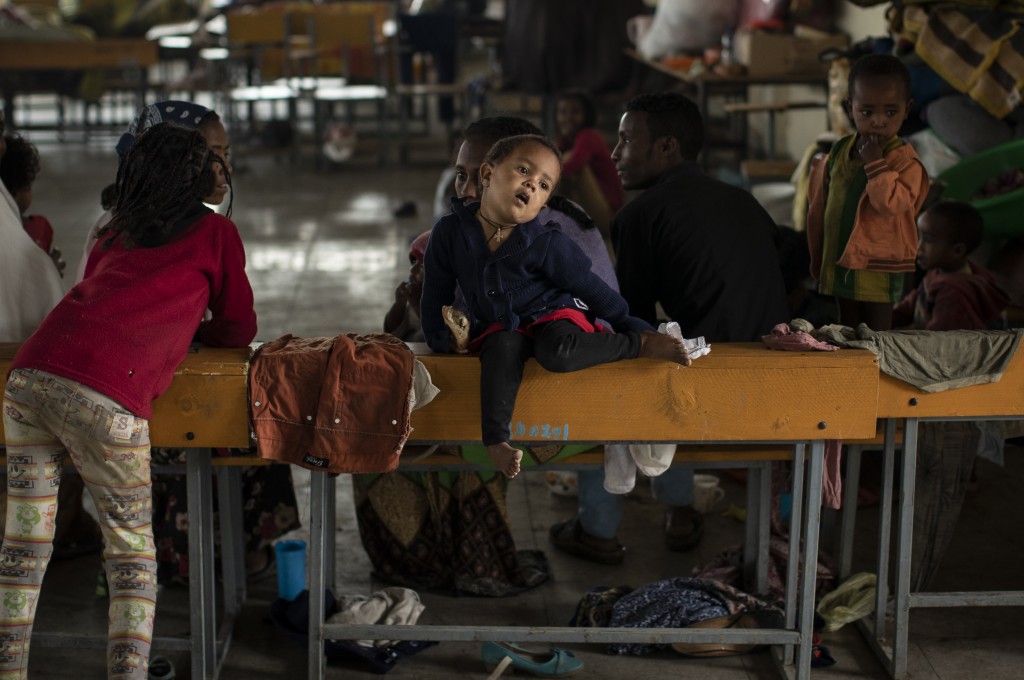 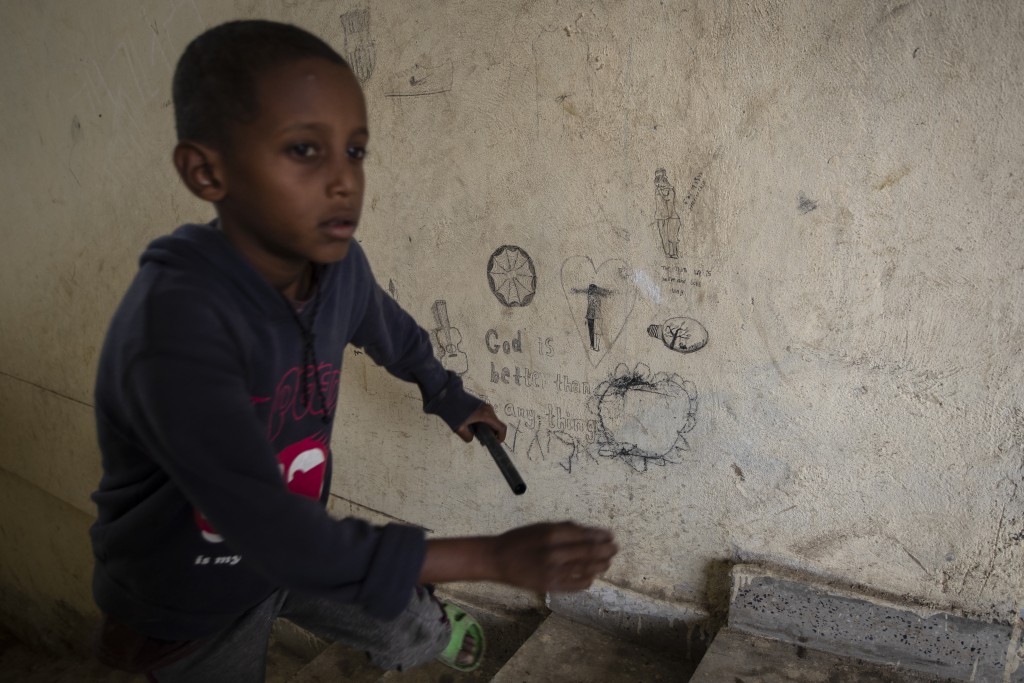 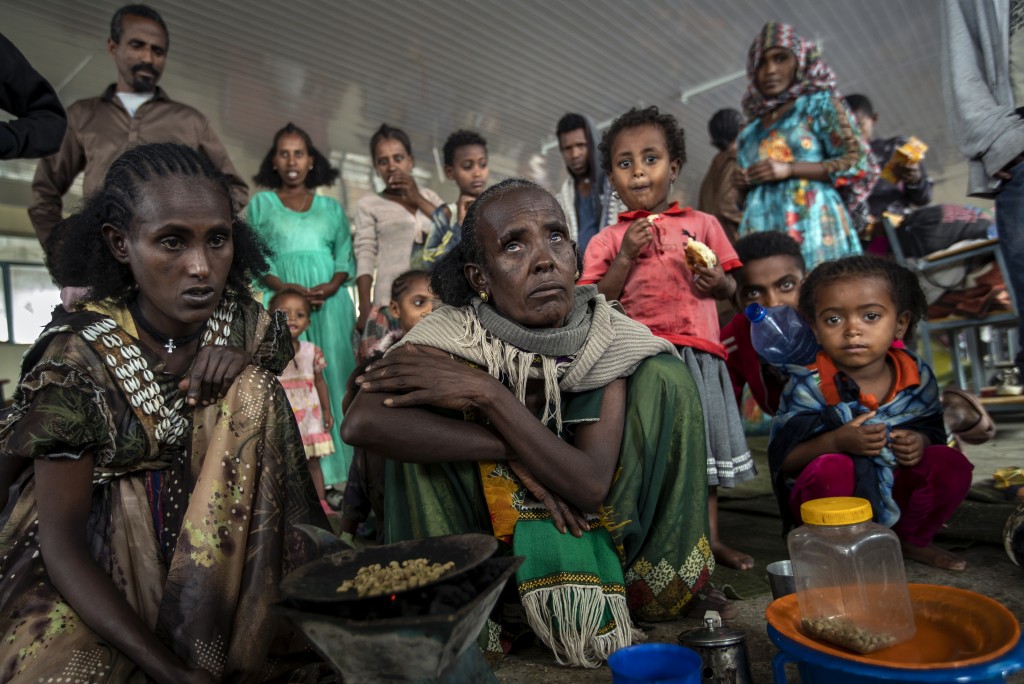 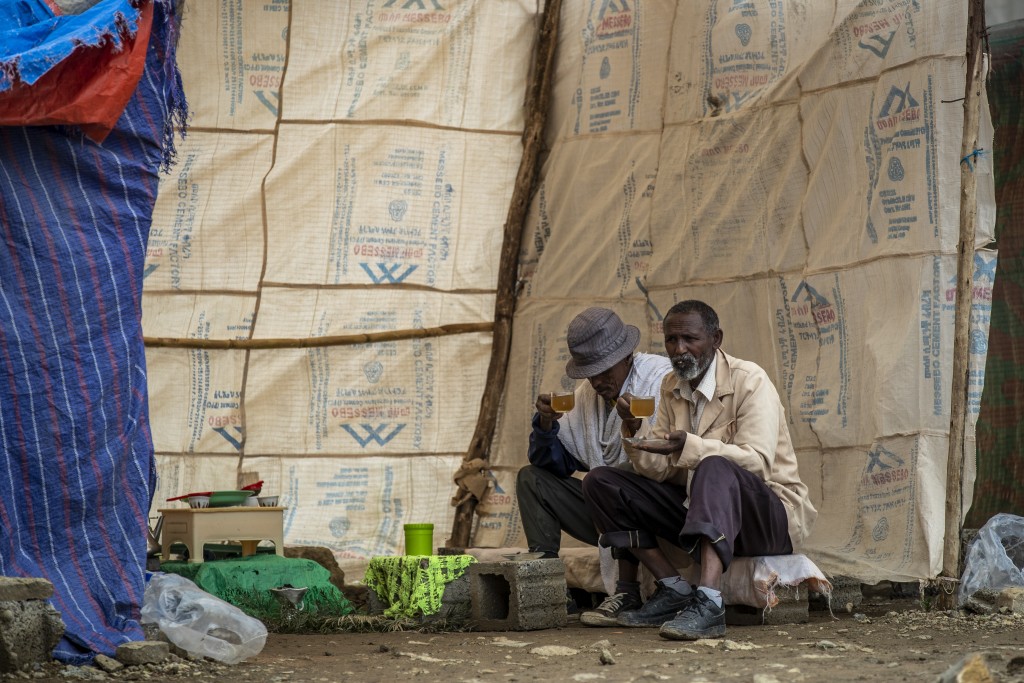 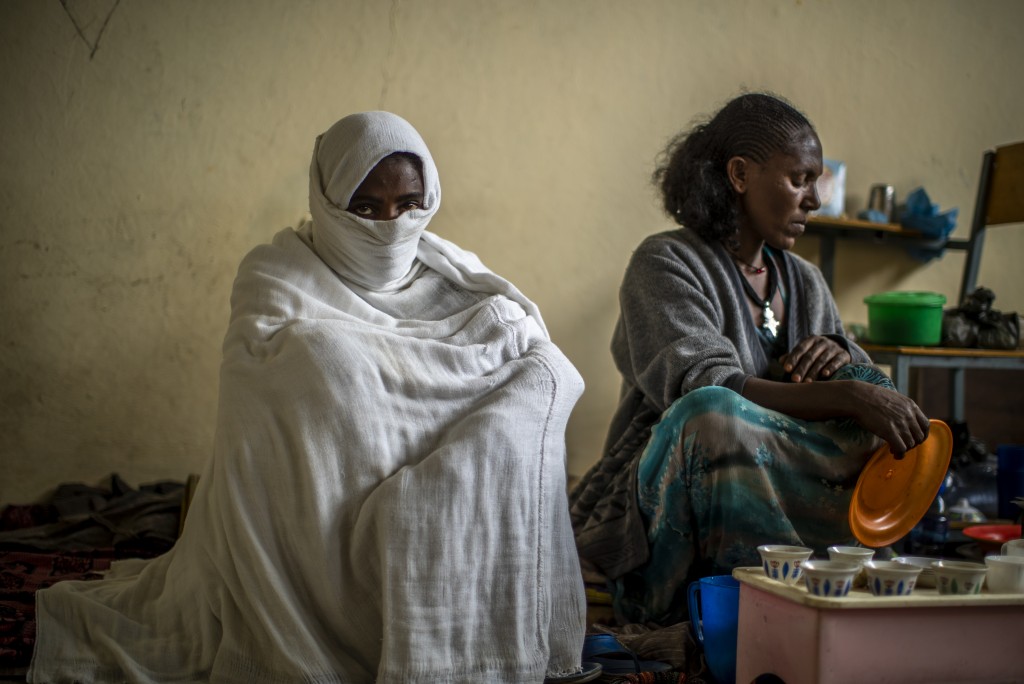 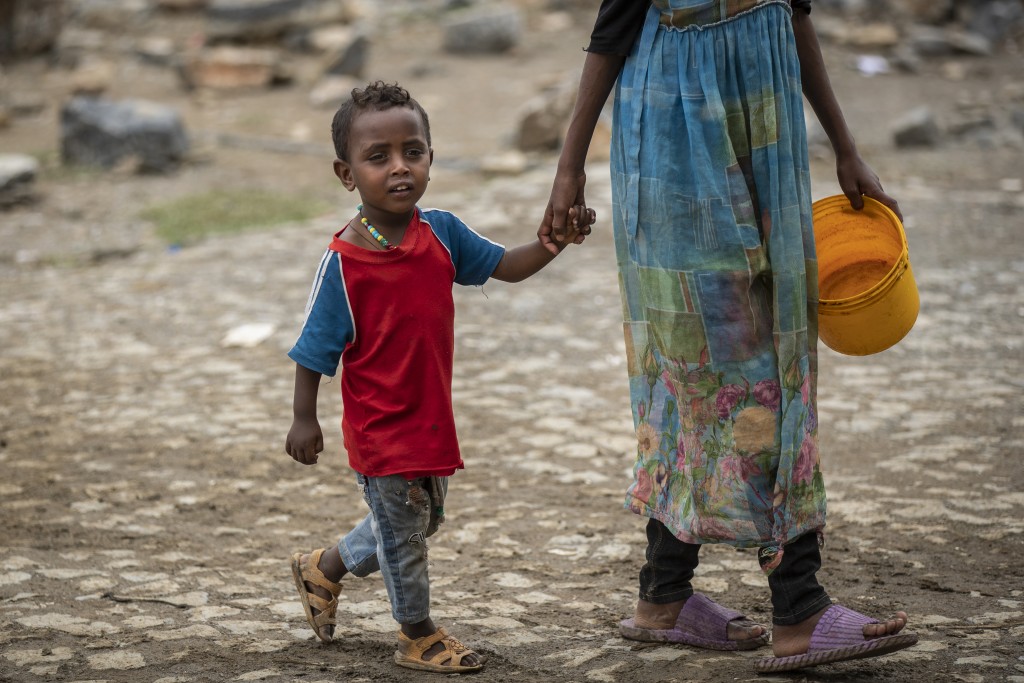 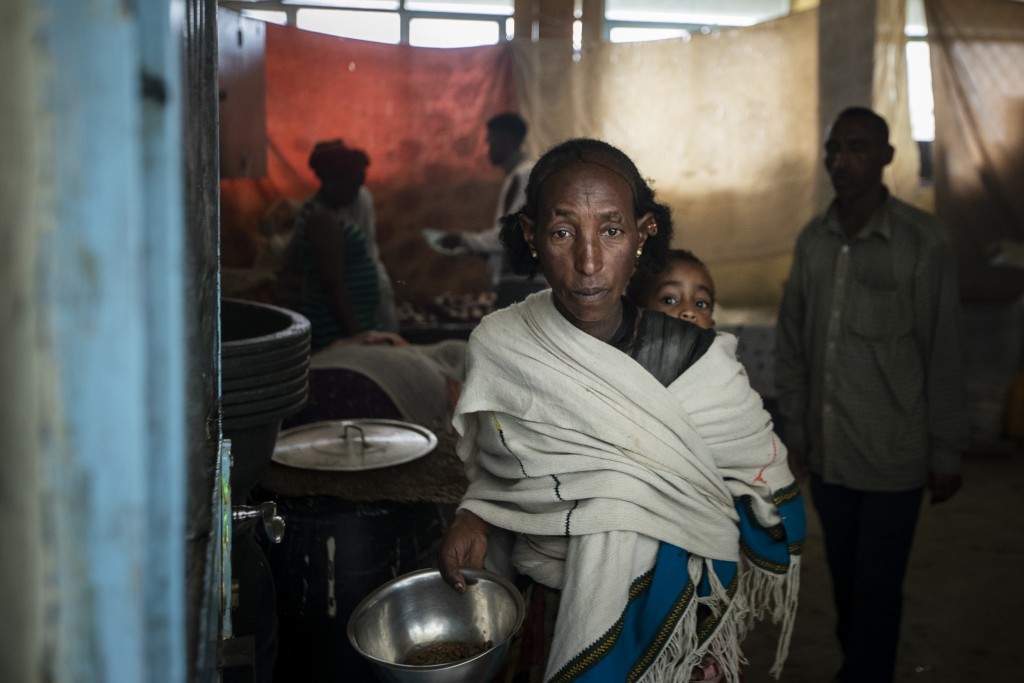 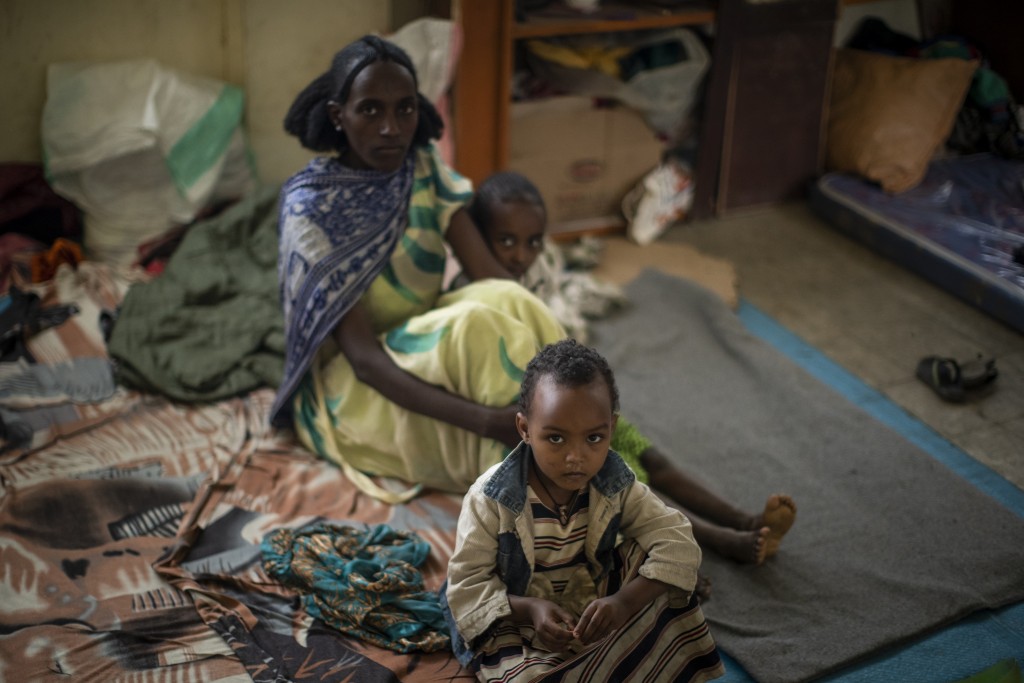 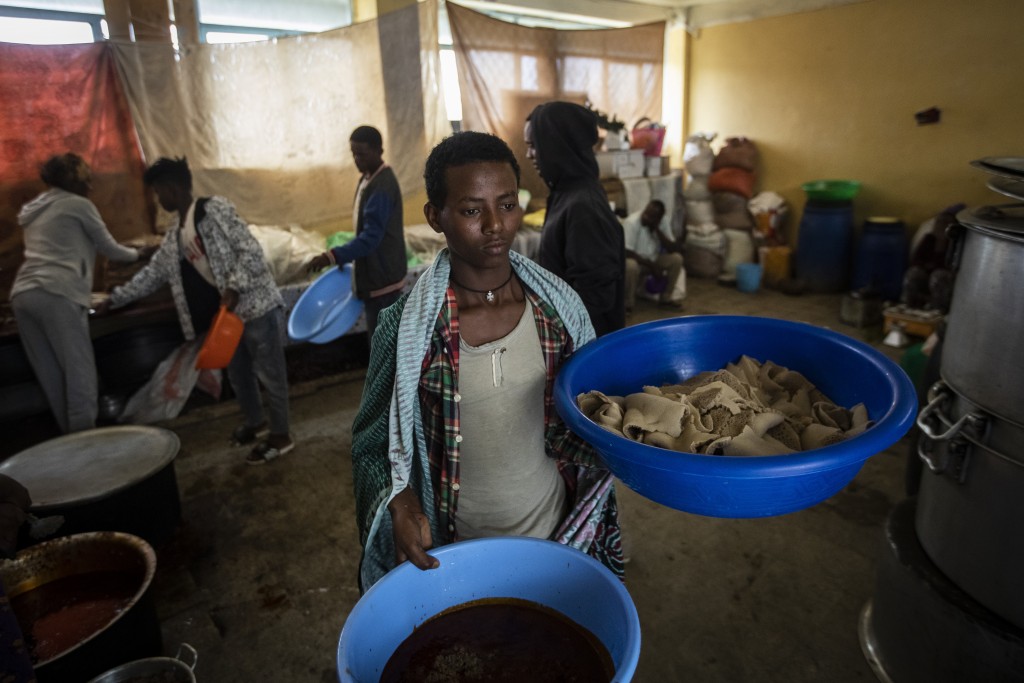 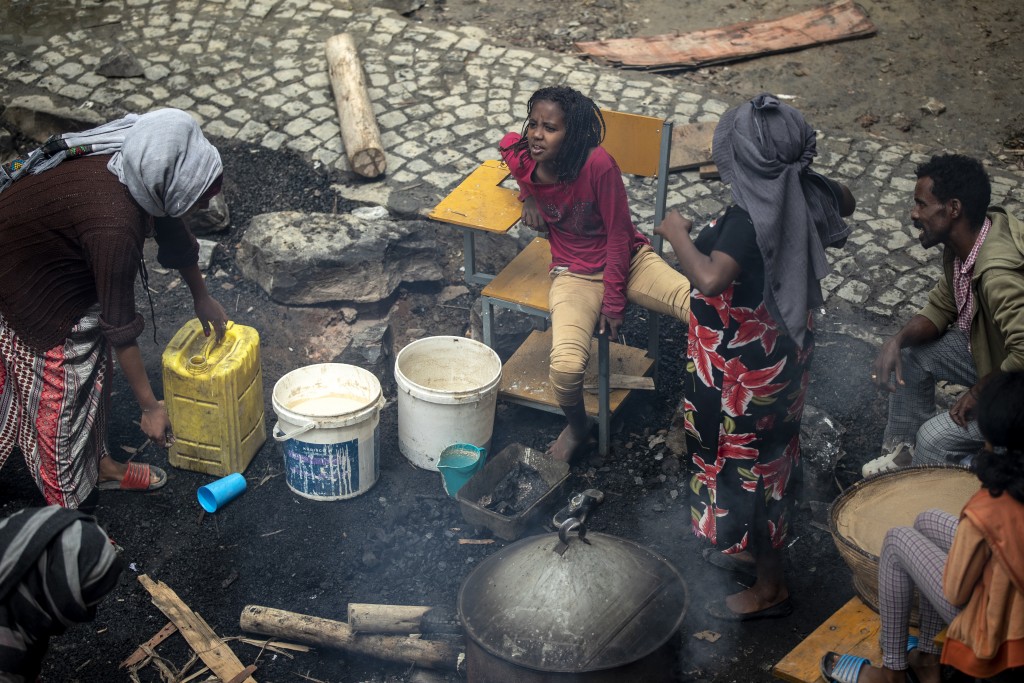 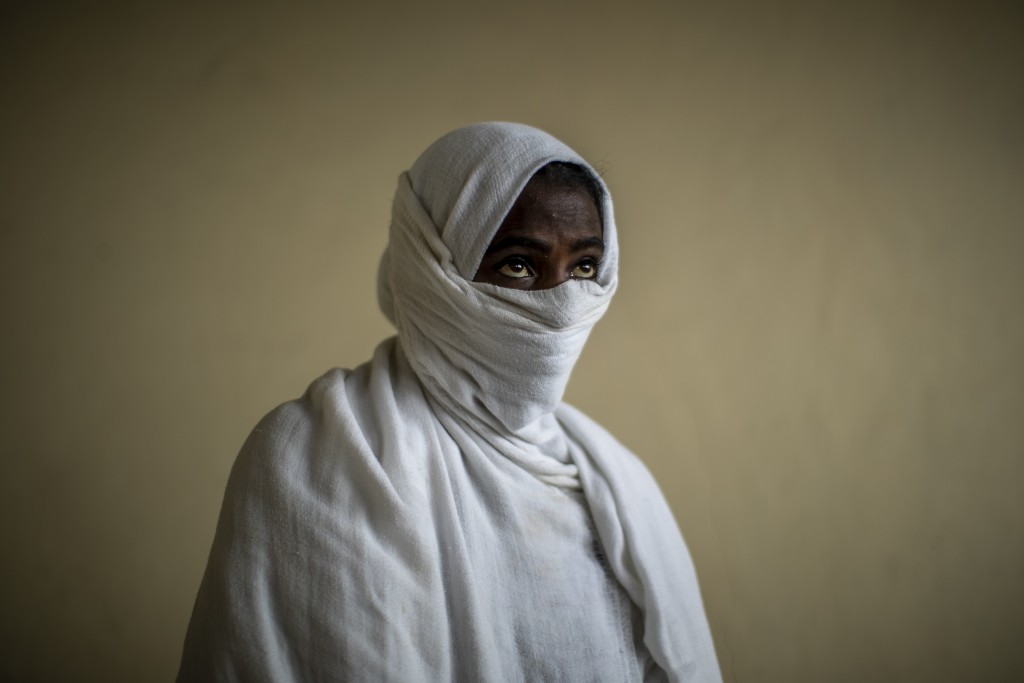 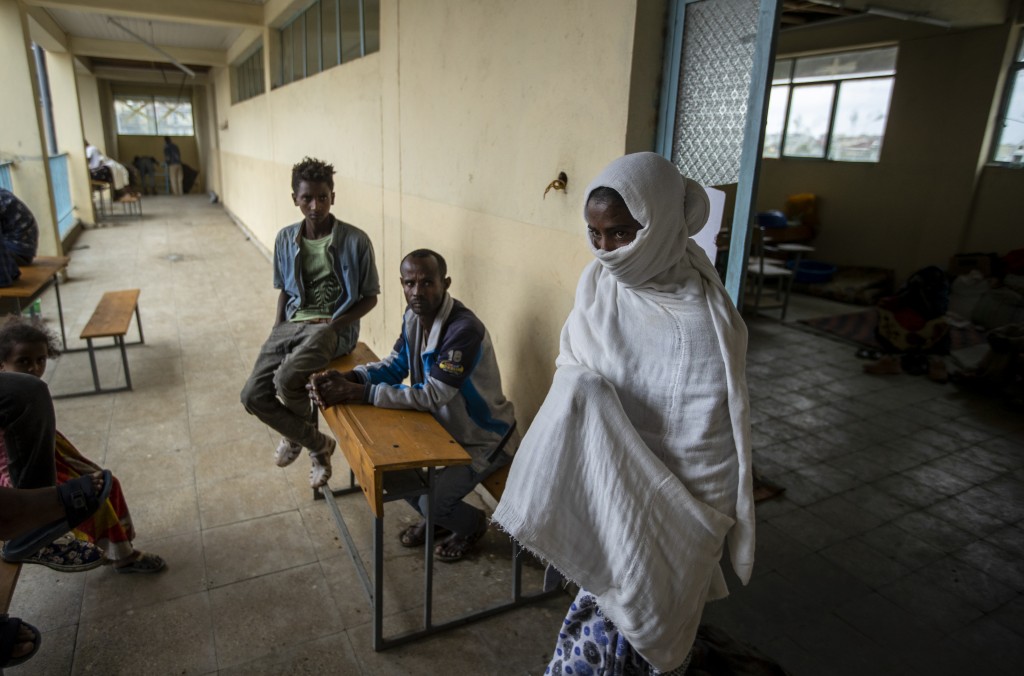 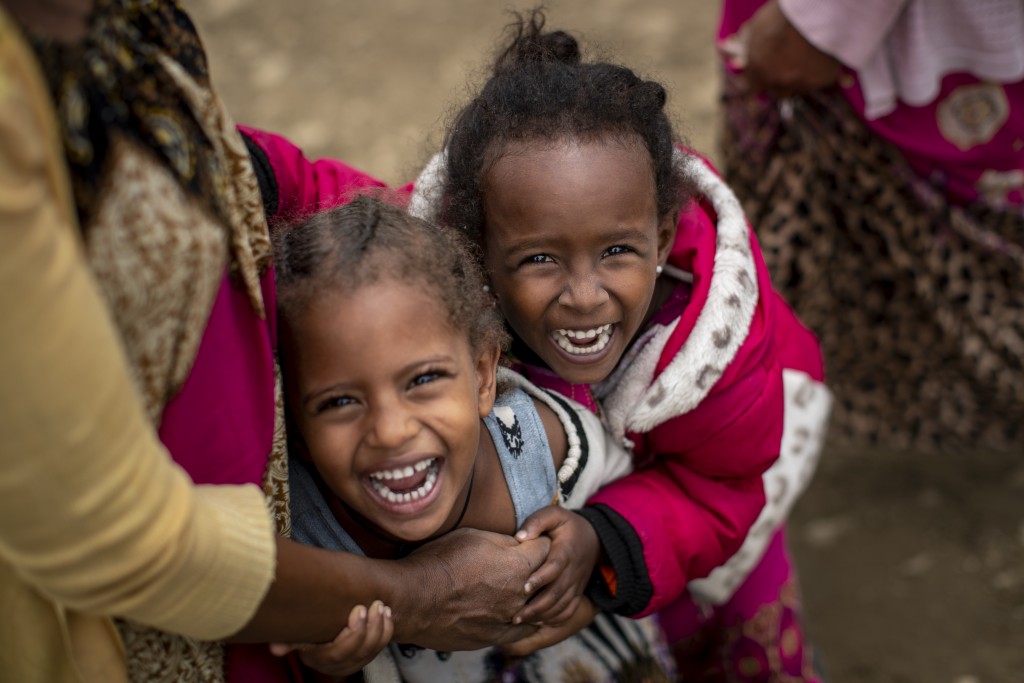 MEKELE, Ethiopia (AP) — The memories are so painful that Birhanu Haile sometimes forgets to eat.

He is one of thousands of ethnic Tigrayans clinging to a marginal existence after fleeing their homes amid a conflict in Ethiopia's Tigray region that has left countless dead.

Birhanu lost his land. His house in western Tigray has been occupied by ethnic Amhara who now claim the area as their own. His wife and two children are now refugees in Sudan. Two nephews were killed.

Now he is the coordinator of this camp of some 7,000 people that has overflowed a secondary school in the Tigray capital, Mekele. Life is grim even here. Weary families line up for pieces of flatbread and gravy, a meal that will be their lunch and dinner, then return to filthy classrooms where they sleep.

Many came with almost nothing. And yet, “I don’t want to think of going back,” said 21-year-old Wegahta Weldie, a student from Mai Kadra, the scene of the six-month-old conflict's first known massacre.

She recalled stepping on dead bodies there as her family hid in a maize field and then walked hundreds of kilometers (miles) to reach Mekele.

“Many people had been killed and it was very dark,” she said. “I could not tell whether they were my relatives or not.”

No one knows just how many hundreds of thousands of Tigrayans have fled their homes during the war as Ethiopian troops and allied forces, including soldiers from neighboring Eritrea, pursue fighters loyal to the Tigray regional party whose leaders long dominated the national government before being sidelined by Prime Minister Abiy Ahmed.

The fighting remains intense in some areas, complicating efforts to help the displaced people or even reach many rural communities where some fear the real toll of the fighting is yet to be known.

At the Hadnet General Secondary School, new people are still arriving. Most are women and children.

Food for the camp is in short supply. The community relies heavily on donations from aid workers and well-wishers in Mekele who give everything from flour to the rare gift of a slaughtered cow.

For months, the international community has worried about the fate of Tigray's estimated 6 million people. Now, the United Nations and others warn, hunger is the next crisis. The planting season looms, and farmers have reported being intimidated from preparing their land. Others, desperate, have eaten their seeds.

“Ethiopia has only one planting season. So if they are unable to access their land because of the ongoing fighting and plant the crops, we can expect extreme food shortage in the months to come,” said Alyona Synenko, a spokeswoman with the International Committee for the Red Cross.

There is little end in sight to the fighting. There is no hope of negotiations with the former Tigray leaders. Last week, Ethiopia’s Council of Ministers designated the former ruling party, the Tigray People's Liberation Front, as a terrorist organization.

In Mekele, a city that Ethiopia's government has held up as an example as it asserts a return to normal in Tigray, anguish remains amid the local peace.

A Catholic nun with the Daughters of Charity who regularly visits camps for the displaced Tigrayans said she was saddened by the sight of people who once owned “rich” land but are now destitute.

Because there are only about 2,000 mattresses, many at the schools sleep on thin mats. Sanitation lacking, people must defecate openly nearby.

“Well-wishers in Mekele are contributing, but for how long will they manage?" asked the nun, who spoke on condition of anonymity for fear of retaliation from authorities. "Today they have food because it’s been (Orthodox) Easter. The reality is another thing.”