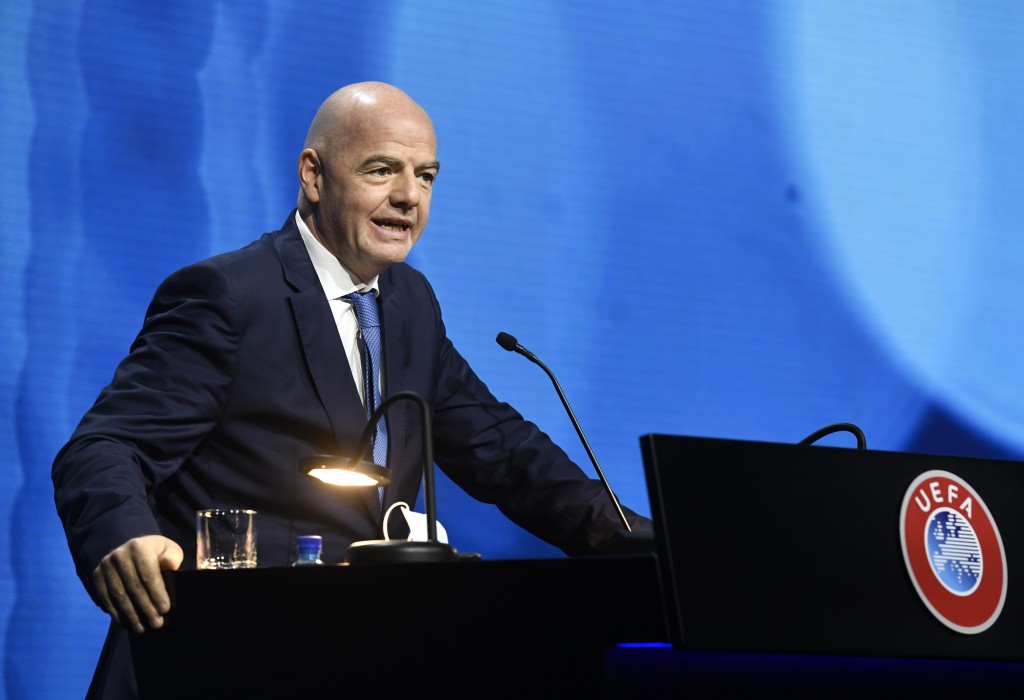 BELLINZONA, Switzerland (AP) — In a big legal win for FIFA president Gianni Infantino, a special prosecutor investigating his meetings with Switzerland’s former attorney general has been removed from the case, a federal court said Wednesday.

The Swiss federal criminal court said it upheld a complaint by Infantino to have prosecutor Stefan Keller recused from his investigation. It did not shut down the investigation.

Keller’s office did not immediately respond to a request for comment.

The court cited a series of four news releases issued by Keller’s office between December and March that justified removing him.

In those documents, Keller had said Infantino should face a criminal investigation into disloyal management for using a FIFA-booked private jet to fly from Suriname to Switzerland in 2017.

Keller had no authority to open his own proceedings against Infantino, and the Swiss federal prosecution office quickly said it did not have a case open.

Lauber and Infantino had three undocumented meetings in 2016 and 2017 during a wider federal investigation into international soccer officials. Both men later claimed not to recall details of the meetings which were revealed by media reports.

Infantino was elected FIFA president in February 2016 in fallout from American and Swiss corruption investigations that forced predecessor Sepp Blatter out of office.

Lauber was ousted as Switzerland’s attorney general last year. He was found to have misled and obstructed the oversight office monitoring federal prosecutors which sought more information about the Infantino meetings.