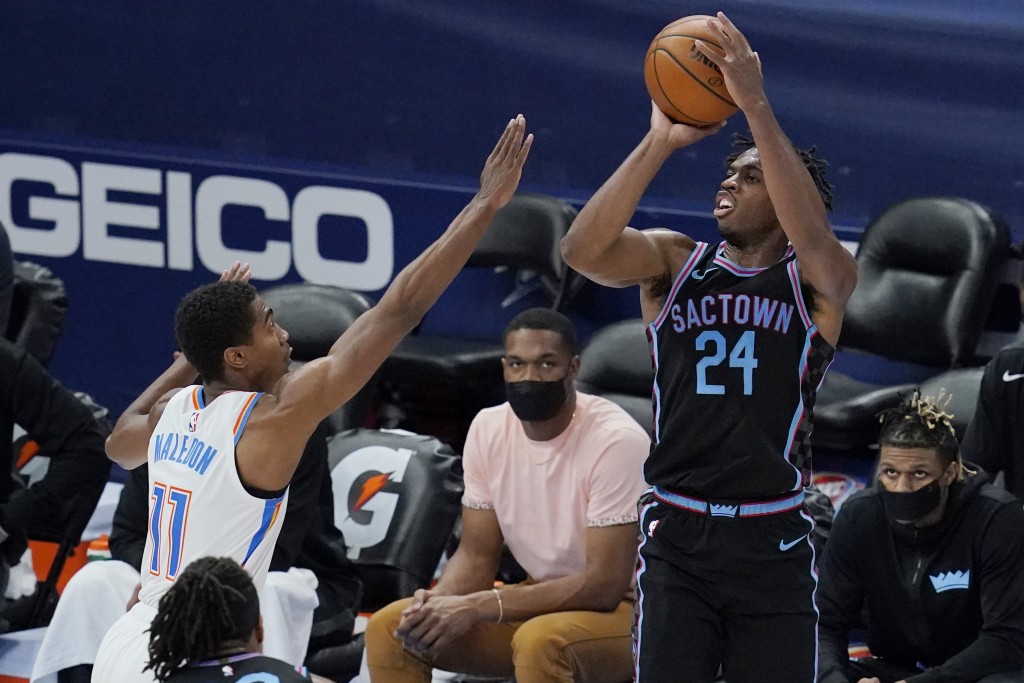 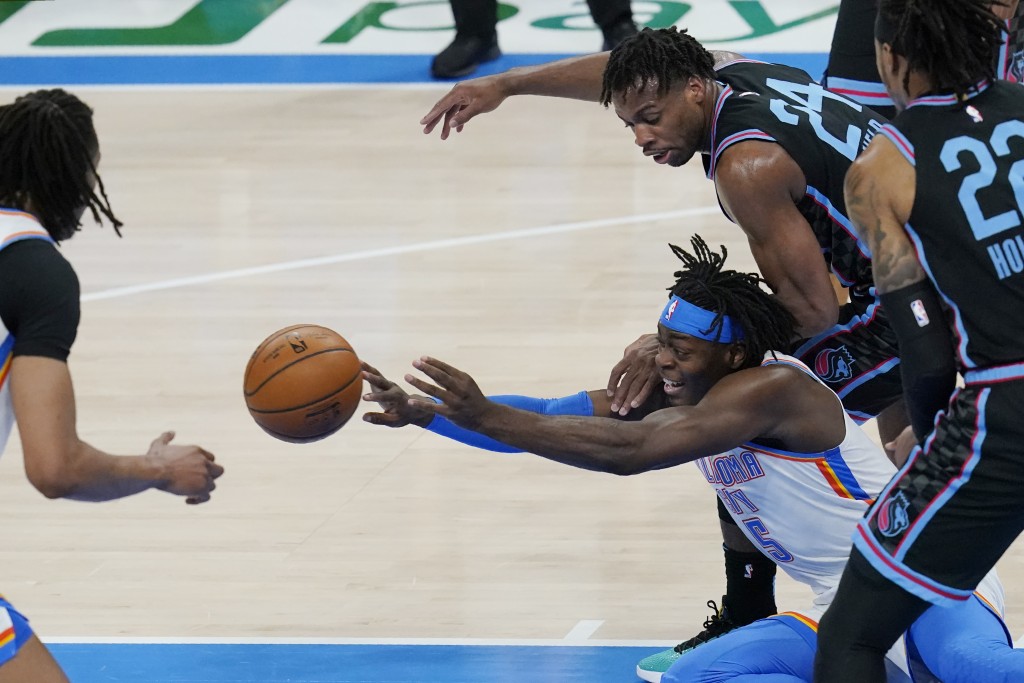 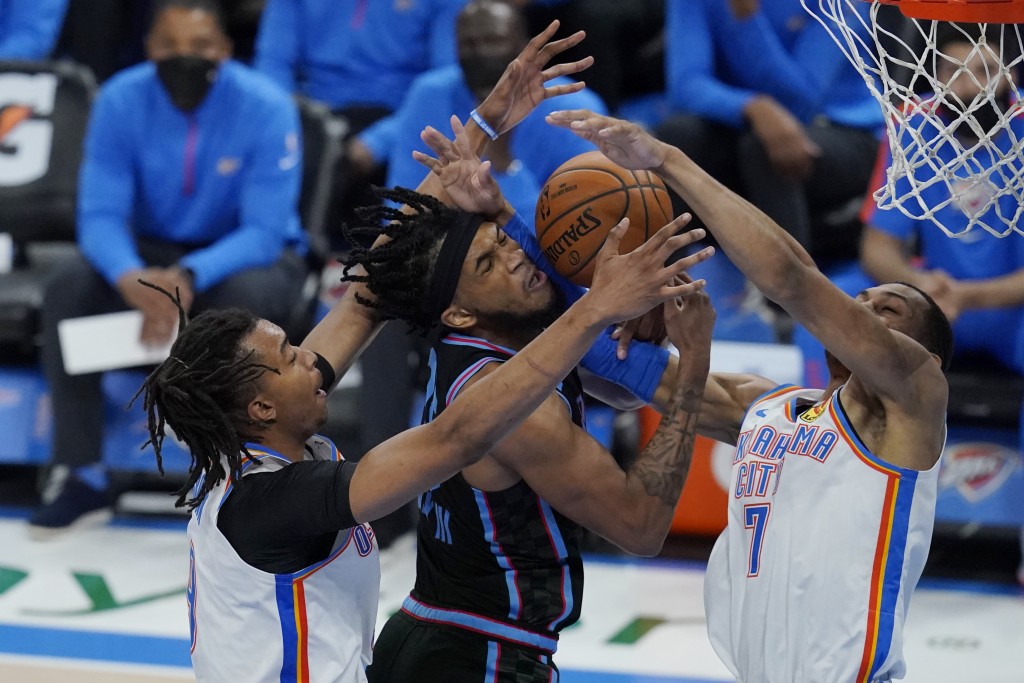 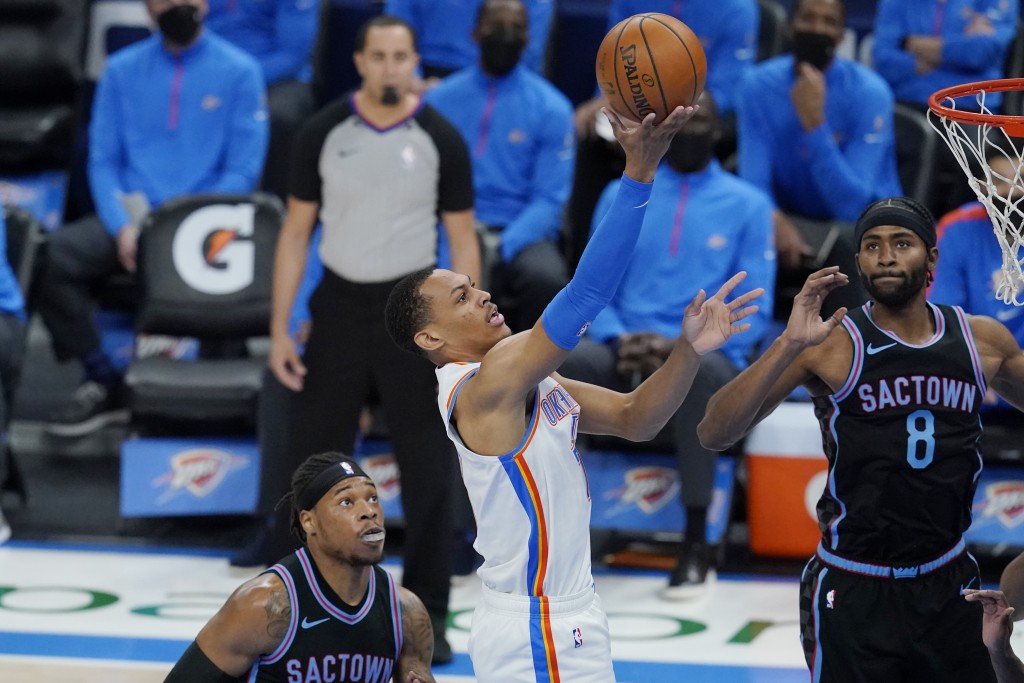 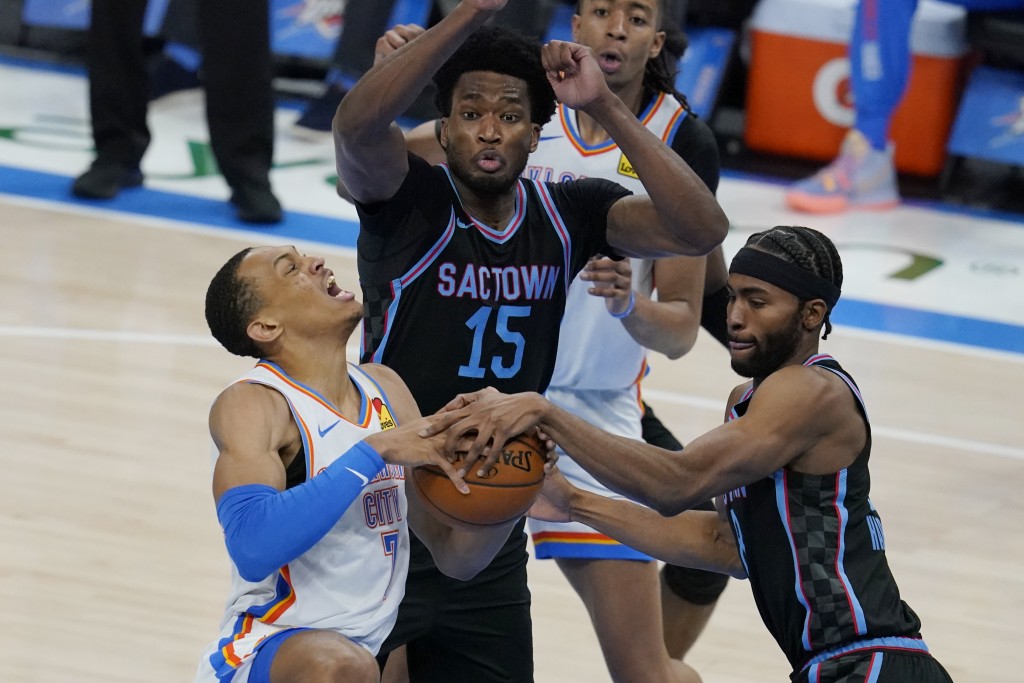 It was the seventh double-double of Hield’s five-year career. He made just 5 of 16 shots, but he fell one rebound short of his career high.

Terence Davis scored 18 points and Delon Wright had 13 points, 10 rebounds and eight assists for the Kings, who have won six of nine and still hope to qualify for the play-in tournament by reaching the No. 10 spot in the Western Conference standings. Sacramento began the night four games behind San Antonio for 10th place. The Kings have seven games remaining.

Darius Bazley had 24 points and 11 rebounds for the Thunder, who have lost four straight and 21 of 23. Gabriel Deck scored 16 points and Moses Brown had 17 rebounds.

The Kings led 56-46 at the half, then extended their advantage to 17 early in the third quarter. Sacramento led 81-69 heading into the fourth before Oklahoma City began chipping away.

Bazley scored and was fouled with just over a minute to play, and his free throw cut Sacramento's lead to 100-99.

Wright's reverse layup with 18 seconds to play put the Kings up by three. Oklahoma City's Isaiah Roby had a 3-pointer rattle in and out, and the Kings rebounded.

Sacramento's Richaun Holmes was fouled. He missed the first and made the second free throw with 4.3 seconds remaining to put the game out of reach.

Kings: Guard De’Aaron Fox, the team’s leading scorer with 25.2 points per game, missed his sixth straight game because of health and safety protocols. ... Guard Tyrese Haliburton sat out with a left knee injury.

Thunder: Forward Aleksej Pokusevski sat out with a bruised knee. ... Oklahoma City has started allowing staff and their families to attend games and will do so for the final two home games next week. The Thunder have not allowed regular fans this season, but they have allowed a small number of player guests. ... Shot 24% in the first quarter.