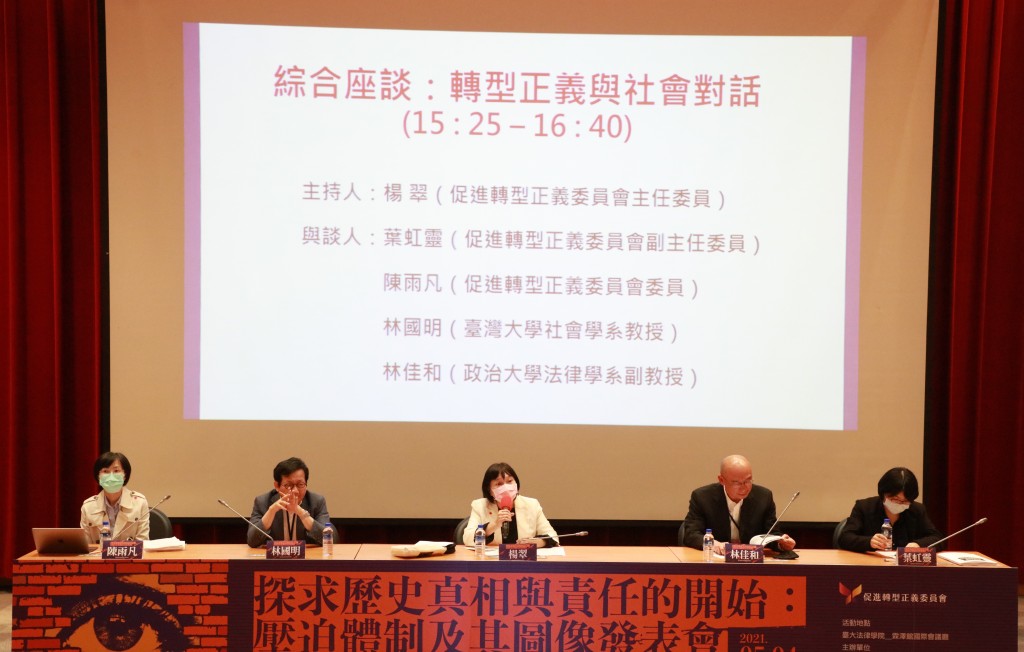 The presentation, titled "Exploring the historical truth and the beginning of responsibility: The oppressive system and its images" was the culmination of over three years of research, featuring statements and opinions of military judges, intelligence officers, and informants for the first time ever, according to a TJC press release.

The TJC revealed the implementation and deployment of a campus security system, revealing an army of informants on university campuses and a dense surveillance network during the years of authoritarian rule.

The commission also outlined the inner workings of the oppressive system through interviews with former military judges. The TJC gathered their thoughts on the cultivation of military judges and decision-making processes during political trials as well as their opinions on transitional justice.

Additionally, the presentation focused on the relationship between the Taiwanese people and the oppressive system, featuring interviews of intelligence officials and informants.

Citing newly declassified National Security Bureau files, the TJC explained that there had been a blacklist restricting certain people from entering Taiwan, adding that it also showed the extent of cooperation between the nation’s intelligence agencies and the Ministry of Foreign Affairs. The commission also pointed out that the Kuomintang had used the National Security Bureau, the Overseas Chinese Affairs Commission (currently the Overseas Community Affairs Council), and other organizations to collect information abroad.

The commission found that even religious groups and related individuals were monitored. Huang Ke-hsian (黃克先), associate professor at National Taiwan University’s Department of Sociology, said the Presbyterian Church in Taiwan was one such example.

Government agents used intelligence to infiltrate and reform rather than foil or suppress their activities, he said. Huang said the files and interviews show the power struggle between the former authoritarian government and religious groups.

Chen Yu-fan (陳雨凡), a full-time TJC member, said that she believes public dialogue is necessary to decide how to deal with offenders from the authoritarian period and gain trust in today’s court system.

Lin Jia-ho (林佳和), an associate law professor at National Chengchi University, emphasized that Taiwan’s past stance on transitional justice was to "let the past be the past" and that it lacked a comprehensive understanding of martial law era offenders and their actions. He suggested that Taiwan should study how other countries have carried out transitional justice and select the most approach that most suits it.