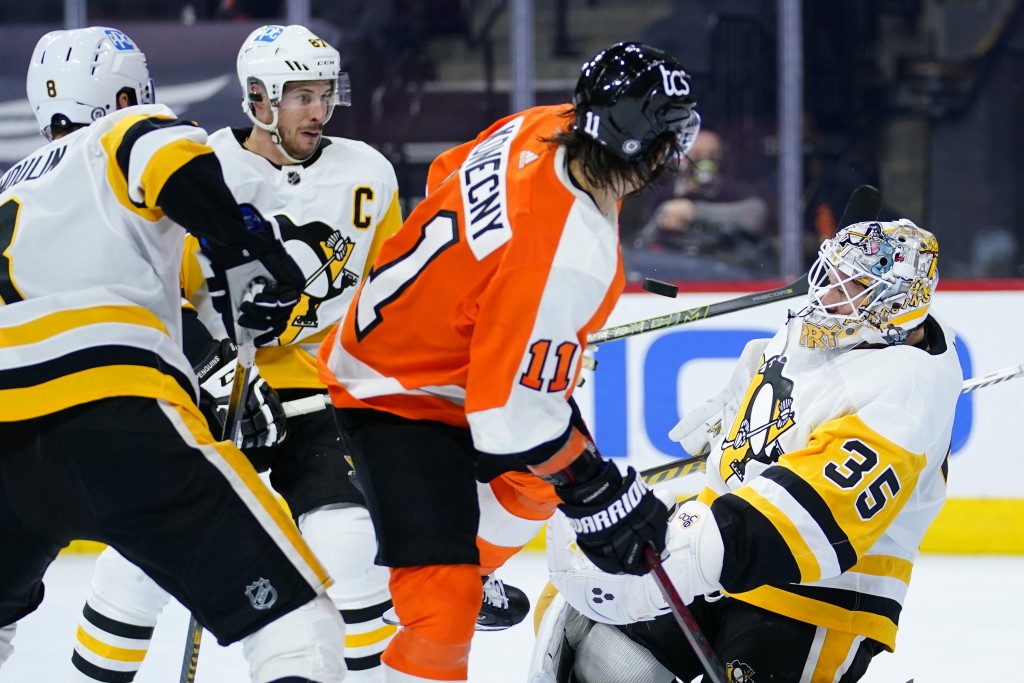 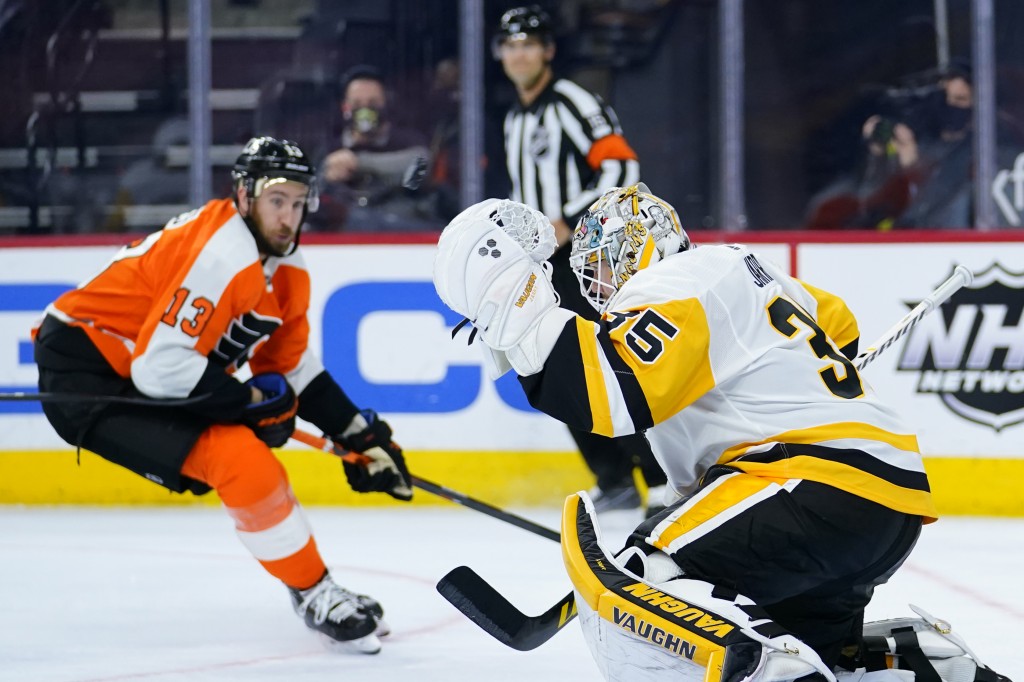 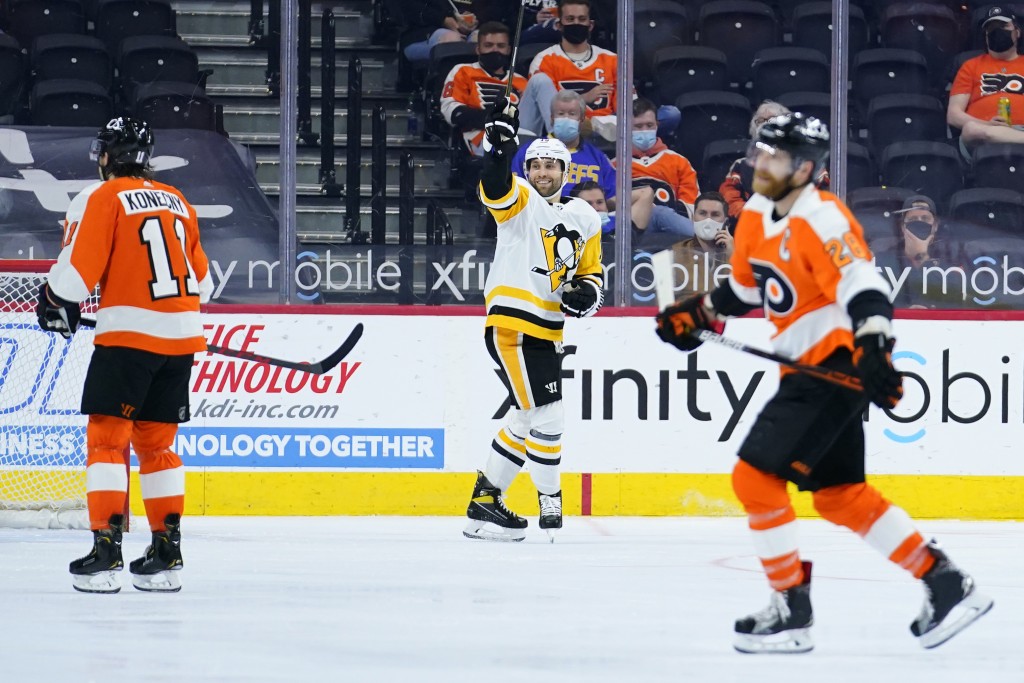 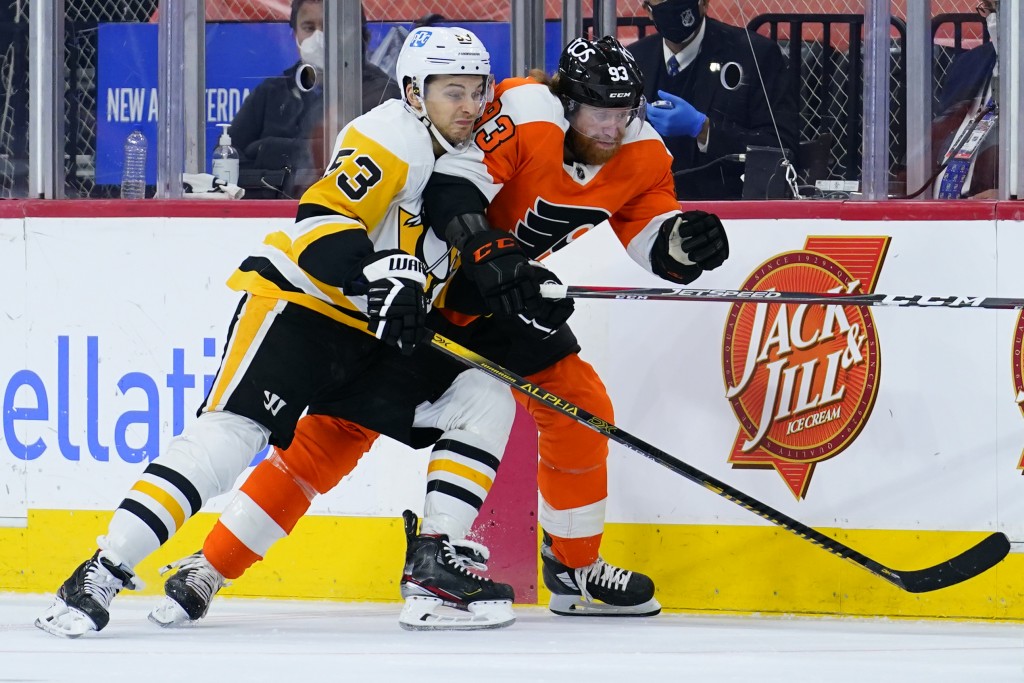 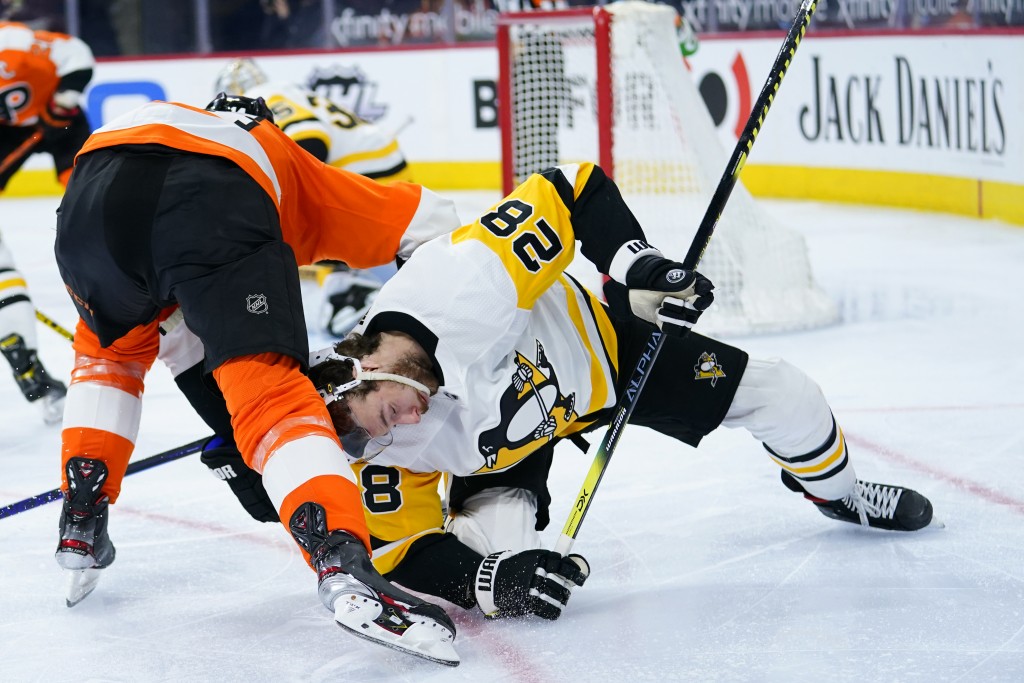 PHILADELPHIA (AP) — Sidney Crosby scored two goals and the Pittsburgh Penguins regained first place in the East Division with a 7-3 win over the Philadelphia Flyers on Tuesday night.

The Capitals have two games in hand over the Penguins with one week left in the regular season.

The Flyers got goals from Justin Braun, Sean Couturier and Travis Konecny. Brian Elliott had 24 saves in the loss.

Crosby’s first goal — a deflection of a stick-to-stick pass from Pettersson that slipped under Elliott’s pad — gave the Penguins a 3-0 lead.

The Flyers rallied, however, as Braun and Couturier had back-to-back tallies in the second period.

Zucker and Konecny traded goals less than three minutes apart in the third period to make it 4-3 Penguins with nine minutes to play.

Crosby, however, put the game out of reach when he one-timed Bryan Rust's shot from the left faceoff circle that went between Elliott’s legs for a 5-3 lead with under eight minutes to play.

Friedman scored an empty-net goal a few minutes later while Marino added his third goal of the season.

Tuesday was Elliott’s 500th game in the NHL. The 36-year-old became the 77th goaltender in league history to play in that many games. Twelve of those 77 goalies are active with Ryan Miller (795 games) having recently announced his retirement.