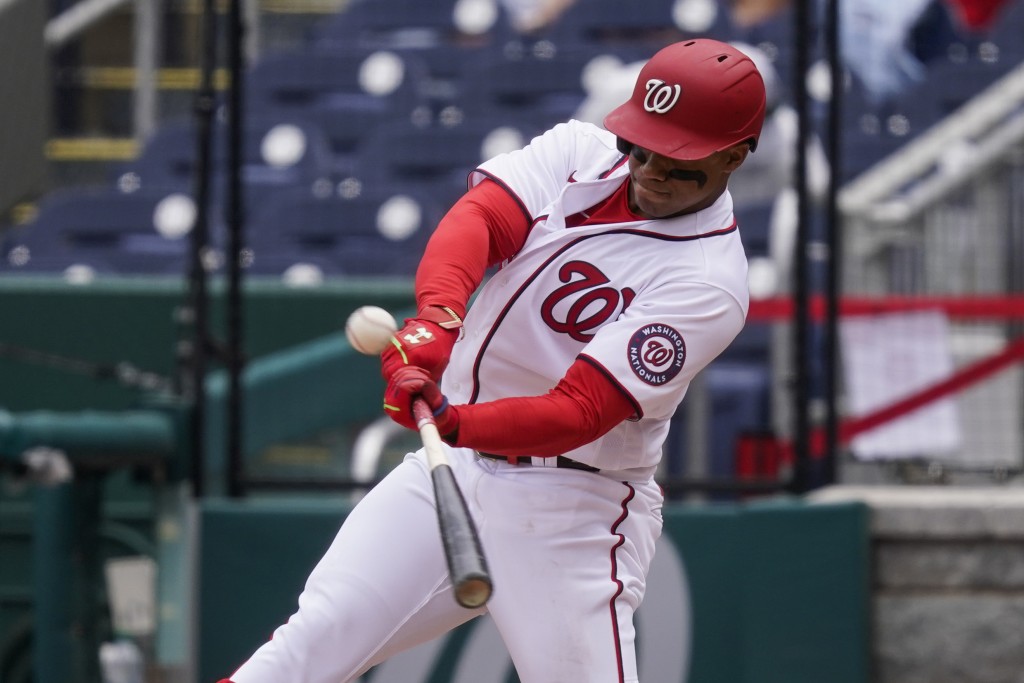 WASHINGTON (AP) — The Washington Nationals reinstated outfielder Juan Soto from the 10-day injured list on Tuesday, but last year's NL batting champion will be limited to pinch-hitting duty for now.

Soto has missed 10 games with a strained left shoulder. Manager Dave Martinez said the injury no longer bothers Soto while hitting, but he is not yet ready to play the outfield.

“To have his kind of bat readily available to pinch hit, it's kind of nice,” Martinez said.

Martinez did not provide a timetable for when Soto would return to right field but said he likely would be the designated hitter during this weekend's interleague series at the New York Yankees.

“The throwing's still a little bit of a concern,” Martinez said. “I want to make sure that he can go out in the outfield and make some throws when we need him to.”

Harris has yet to pitch this season. His injury was listed as right hand inflammation after initially being diagnosed as a blood clot. After a clot was ruled out, there was concern Harris might have thoracic outlet syndrome, a condition that can require surgery.

McGowin has a 4.91 ERA in seven relief appearances.

Pérez is batting .053 (1 for 19) in limited duty. He has made two appearances as a pitcher late in blowout losses, throwing two scoreless innings.