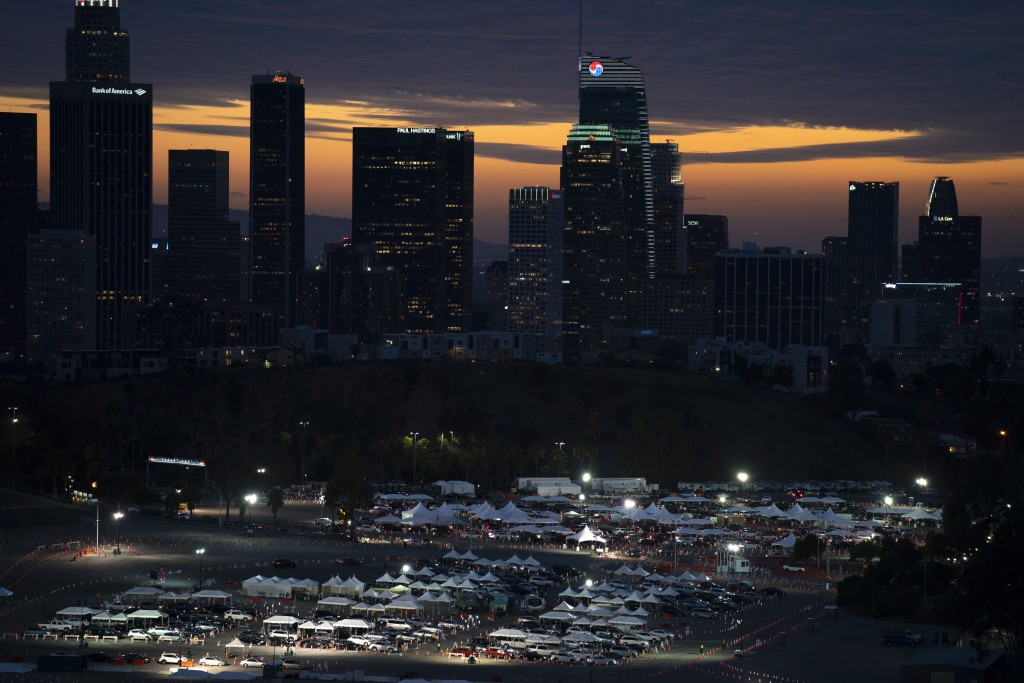 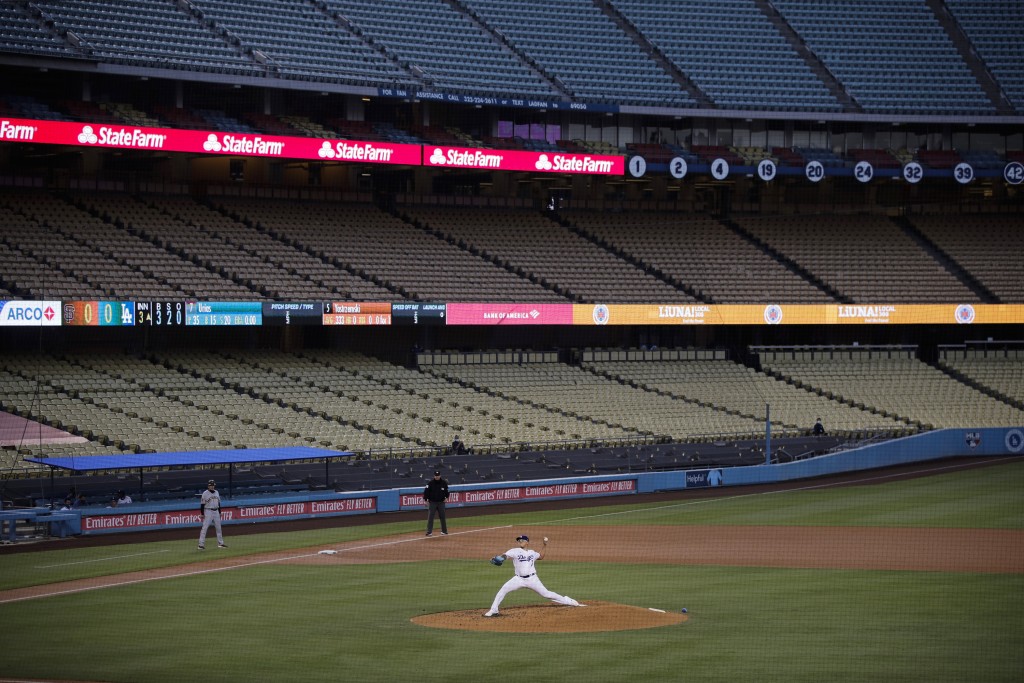 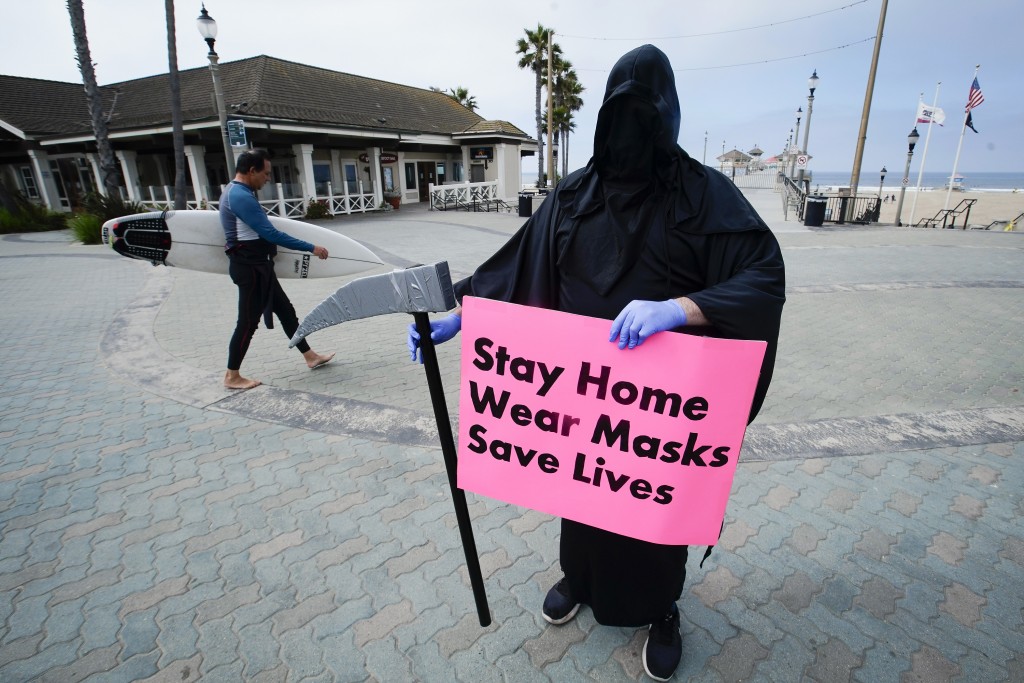 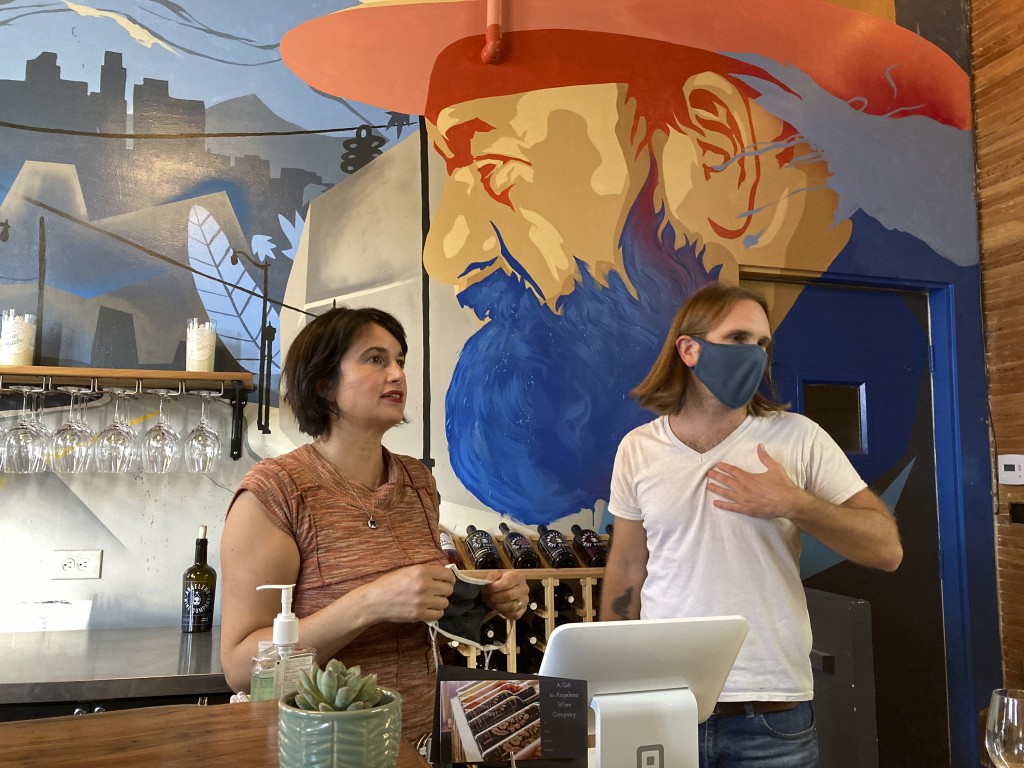 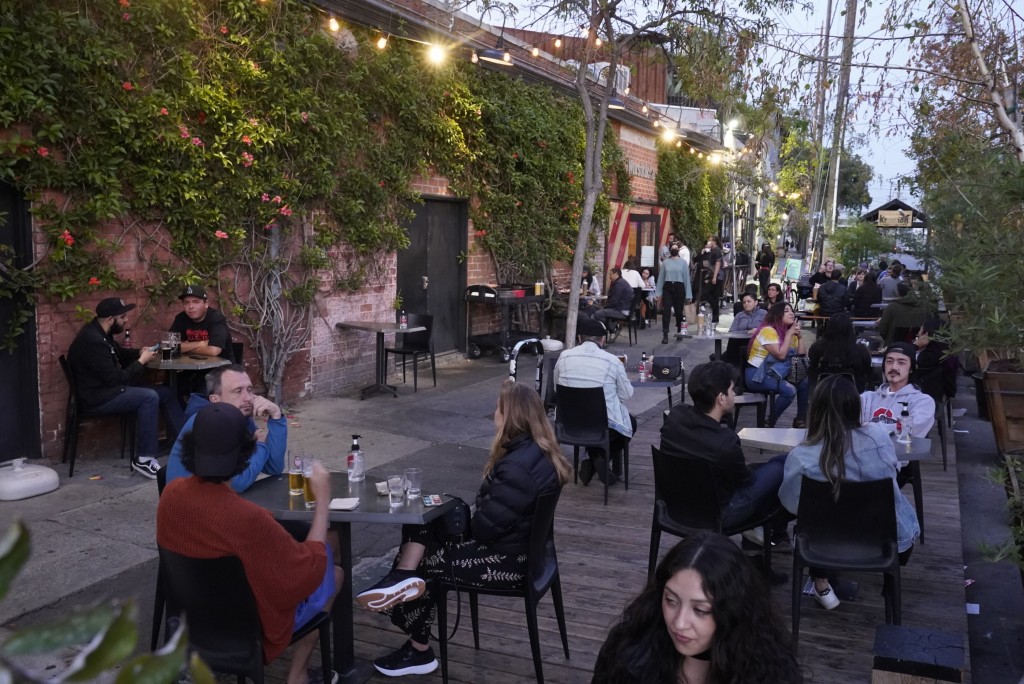 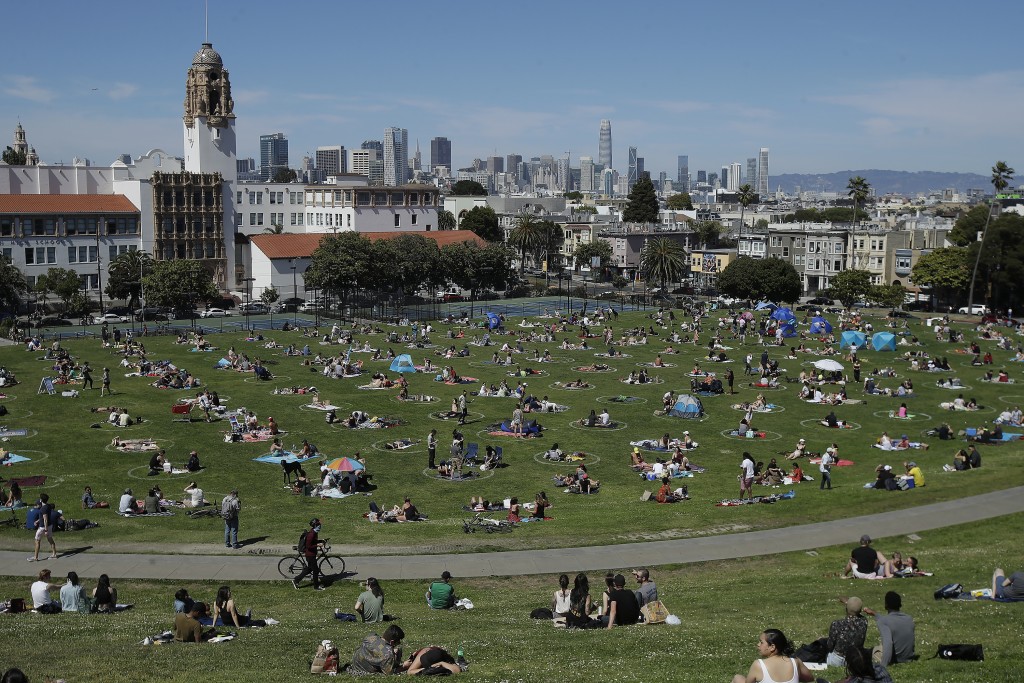 LOS ANGELES (AP) — When Angeleno Wine Co. reopened its tasting room, co-owner Amy Luftig Viste teared up seeing old friends reunited for the first time since the coronavirus pandemic had shuttered so many businesses that it left major cities looking like ghost towns.

Even with limited capacity, animated conversations flowed from the tables set among barrels of aging wine and echoed off the brick walls of the winery hidden in an industrial section on the outskirts of downtown Los Angeles.

“It felt like the winery had come alive again,” Luftig Viste said Sunday, the day after it reopened after being closed all but two weeks over the past 13 months.

The din in the small space is destined to get louder when capacity is allowed to double to 50% as Los Angeles and San Francisco lead the way toward a broader reopening of California businesses.

On Tuesday, they became the first major urban areas in California to meet infection thresholds to move into the least-restrictive tier for reopening, allowing indoor bars to welcome people again, larger crowds to cheer on Major League Baseball’s Dodgers and Giants, and expanded capacity at restaurants, movie theaters, amusement parks, gyms and other establishments.

A total of seven of the state’s 58 counties are now in the so-called yellow tier, which is the final stage of a phased reopening plan before a projected return to business as usual June 15. The five other counties are all remote areas of Northern California.

It’s a remarkable turnaround for LA considering it was ground zero for infections and deaths when California was the nation's epicenter of the virus outbreak just a few months ago.

The two cities have weathered the pandemic differently but are emerging at the same time after a statewide shutdown in March 2020 emptied streets, shuttered shops and restaurants, and darkened office buildings.

While San Francisco largely beat the coronavirus by avoiding it, Los Angeles was nearly beaten by it during the winter surge. At its worst point, more than 500 people a day were dying in California and hospitals in the LA area could barely treat the overwhelming influx of patients.

San Francisco reached the least-restrictive tier for a brief period in October, the only urban area to do so, before an alarming surge in cases forced a retreat. LA never emerged from the most restrictive tier until March.

Now, California has the lowest infection rate in the country. Los Angeles County, which is home to a quarter of the state's nearly 40 million people and has endured a disproportionate number of the state's 60,000 deaths, didn't record a single COVID-19 death Sunday or Monday.

As spring warms up, freeways are becoming congested, workers are returning to offices, and people are heading to restaurants and breweries.

On Sunday in downtown LA's Arts District, drivers circled the block looking for parking spaces. Diners filled the sidewalk tables of Wurstküche, eating sausages and drinking Belgian and German beer. A line of people waiting for a table at Angel City Brewery extended down the street.

Chris Sammons said he felt a civic obligation to get out and support businesses.

“It feels like almost a duty to be engaged with the city,” Sammons said. “We have to bring LA back to life.”

It was the first time out for his friend, Stephen Tyler, who said he was excited after hunkering down for so long and getting vaccinated.

“It's just good to be out in the city again, be around people," Tyler said. “Even this, I don't care about standing in line. It's all kind of new again.”

In San Francisco, business has picked up at Mixt, a popular lunch spot for salad lovers in the Financial District. But it's not at pre-pandemic levels when lines spilled outdoors, said Leslie Silverglide, co-founder and CEO of the the chain. She plans to open two more stores downtown in coming weeks.

“It seems as if people are coming back," she said. “They’re excited to be having lunch with colleagues again."

Fear of catching the virus prompted a huge drop in mass transit ridership. Jason Alderman said he felt like a kid on his first day of school when he took a commuter train into San Francisco. He works for online payment start-up Fast, which reopened its headquarters as soon as San Francisco allowed in late March.

“Instead of feeling like a hollowed-out ghost town that people had quickly abandoned, it felt like there were green shoots of life,” he said. “I felt a twinge of the energy that used to be there.”

When the lockdown order came in March 2020, an estimated 137,500 workers for San Francisco companies that include Google, Facebook and Uber, seemingly vanished overnight.

Moving vans carted off households for roomier suburban homes and younger people simply packed up their cars and left since they could work from anywhere. Residential rents plummeted, but now are climbing.

The office vacancy rate in San Francisco is 18% compared with 10% a year earlier, said John Chang, senior vice president at Marcus & Millichap, a commercial real estate financing and advisory company. In Los Angeles, vacancies are at 17.5%, up from 13.5% a year earlier.

More telling, perhaps, is that only 14% of key cards are being used to enter offices in San Francisco, compared with 24% in LA. At the other end of the spectrum is Dallas, where data showed 41% of cards being used, reflecting the different approaches to the virus in the two states.

Lisa Elder, a paralegal who has worked in her office since July, said that even with some restaurants and cafes recently reopening the area is a shadow of its former self.

“Before COVID, this place was packed, there would be tons of people here in the alleyway eating and now it’s like, quiet. It’s crazy,” she said.

At Angeleno Wine, Luftig Viste said most of her customers were vaccinated and all were excited to be out again.

"It’s just such an honor to be the place that people come to break the seal as we start to come out again,” she said.