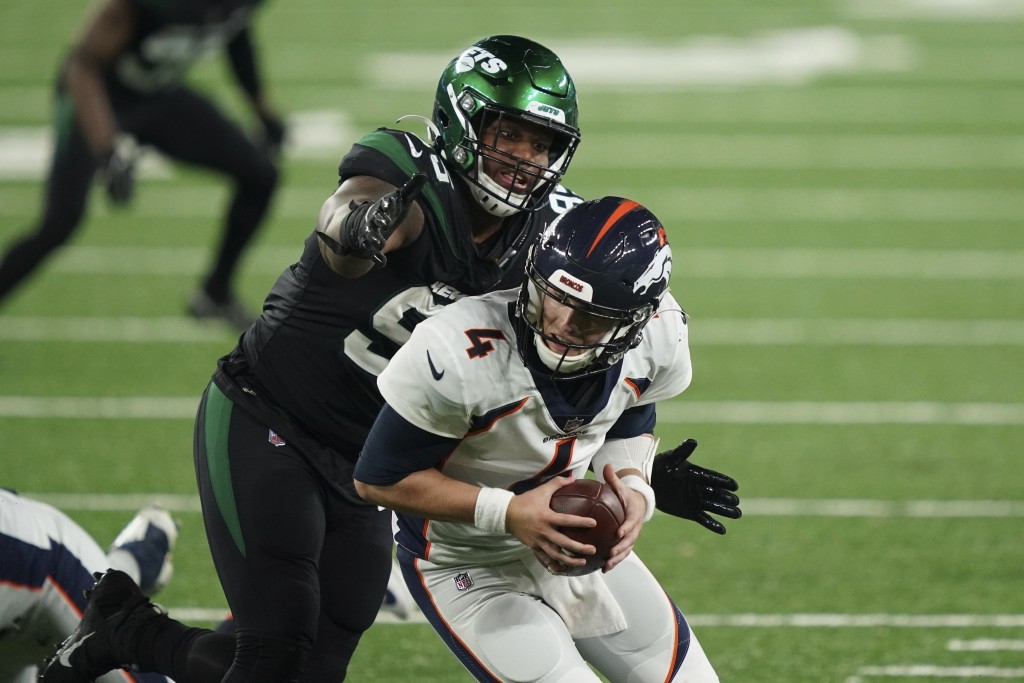 NEW YORK (AP) — New York Jets standout defensive lineman Quinnen Williams broke a bone in a foot and is expected to have surgery and be sidelined eight to 10 weeks, according to a person with knowledge of the injury.

Williams was hurt last week during on-field workouts at the team's facility in Florham Park, New Jersey, the person told The Associated Press on Tuesday on condition of anonymity because the Jets didn't announce the injury.

NFL Network first reported Williams' injury. He is expected to miss organized team activities and minicamp, but should be healthy in time for the start of training camp in late July.

The 23-year-old Williams had a breakout second NFL season as one of the team's few standouts during a miserable 2-14 campaign. The No. 3 overall draft pick in 2019 led the Jets with seven sacks, 14 quarterback hits and 10 tackles for losses to go along with 55 total tackles and two forced fumbles. He missed the final two games with a concussion and neck injury.

The news about Williams slightly dampens the mood of Jets fans, who were excited about the team's 10-player haul last weekend in the draft that included quarterback Zach Wilson and guard Alijah Vera-Tucker in the first round.

But the fact Williams was hurt so early in the offseason program should leave him plenty of time to heal and not be restricted for training camp. Williams is one of new coach Robert Saleh's key pieces on defense as the leader on a line that is expected to be a strength for New York.

“It’s a cool group,” Saleh said recently. “It’s a really good start and it’s got a chance to be pretty, pretty disruptive. And we’re excited to get on the grass and work with them.”