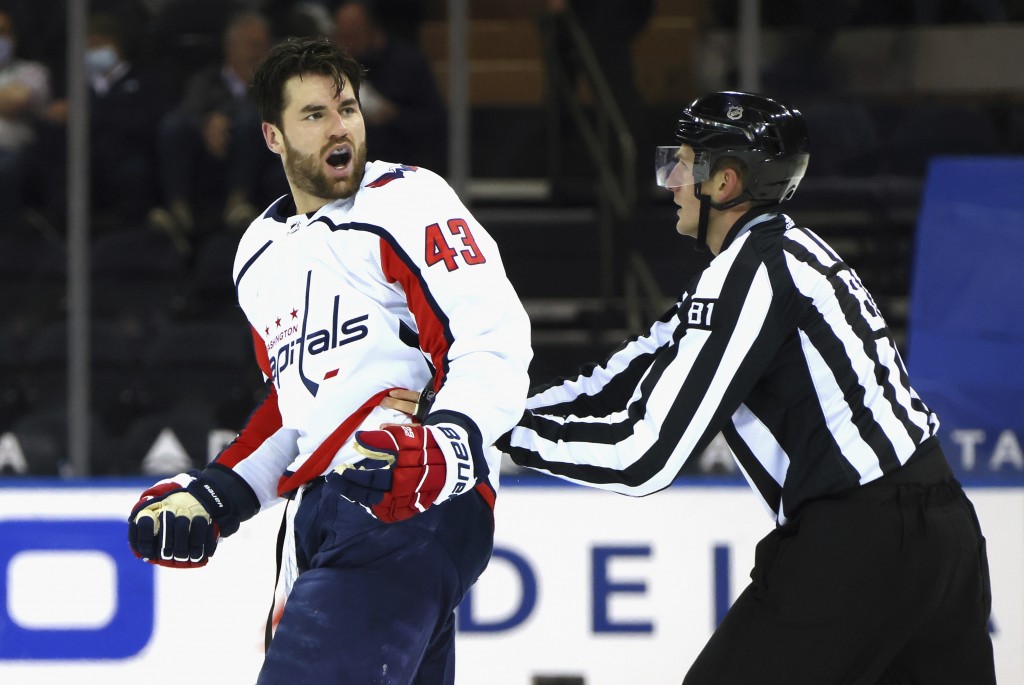 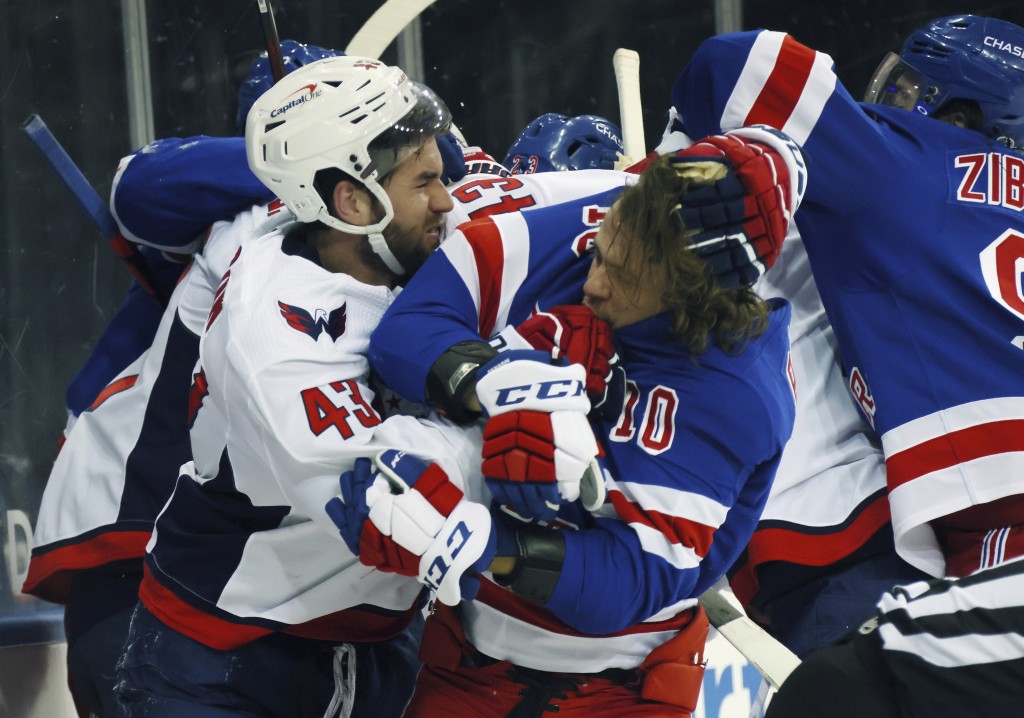 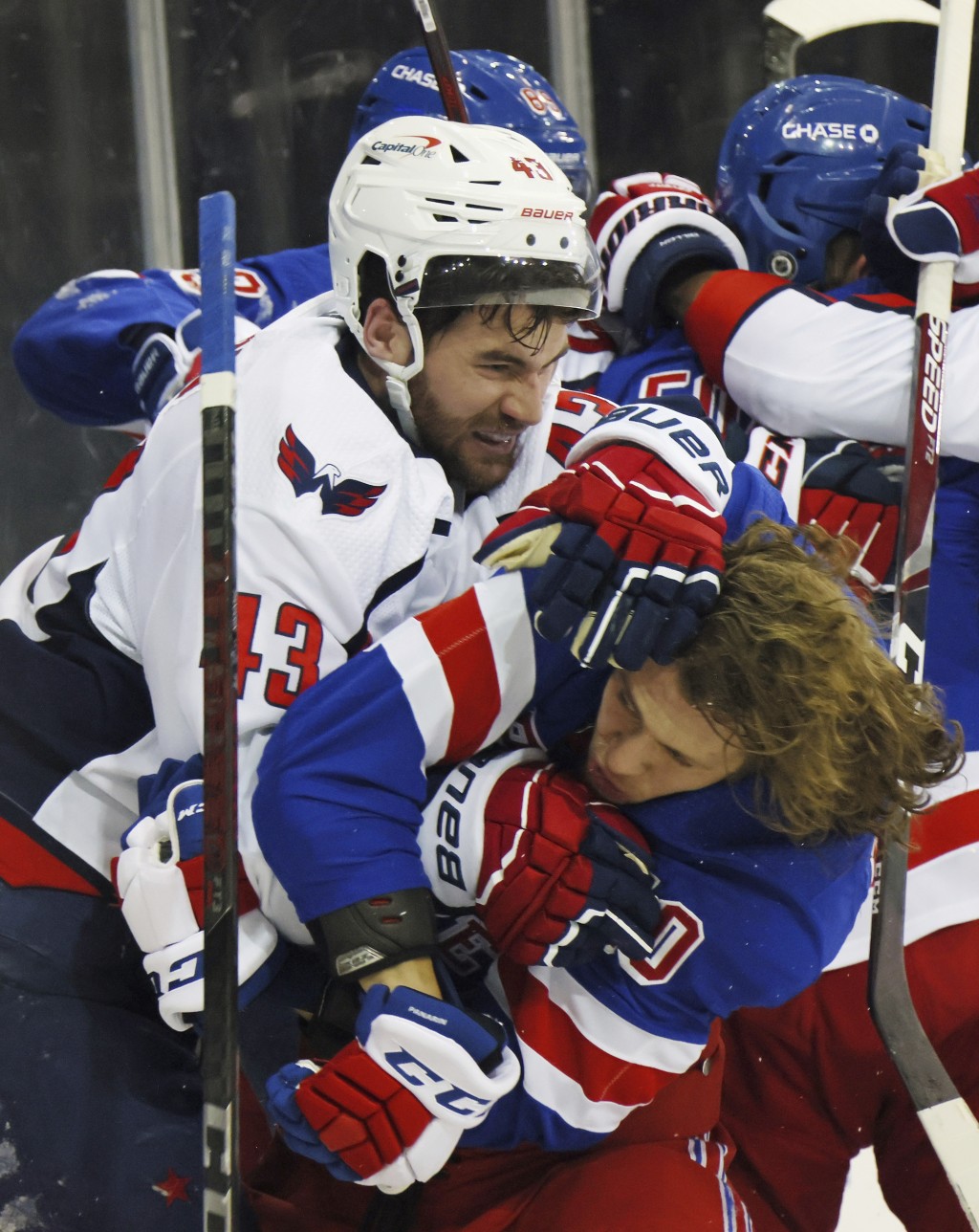 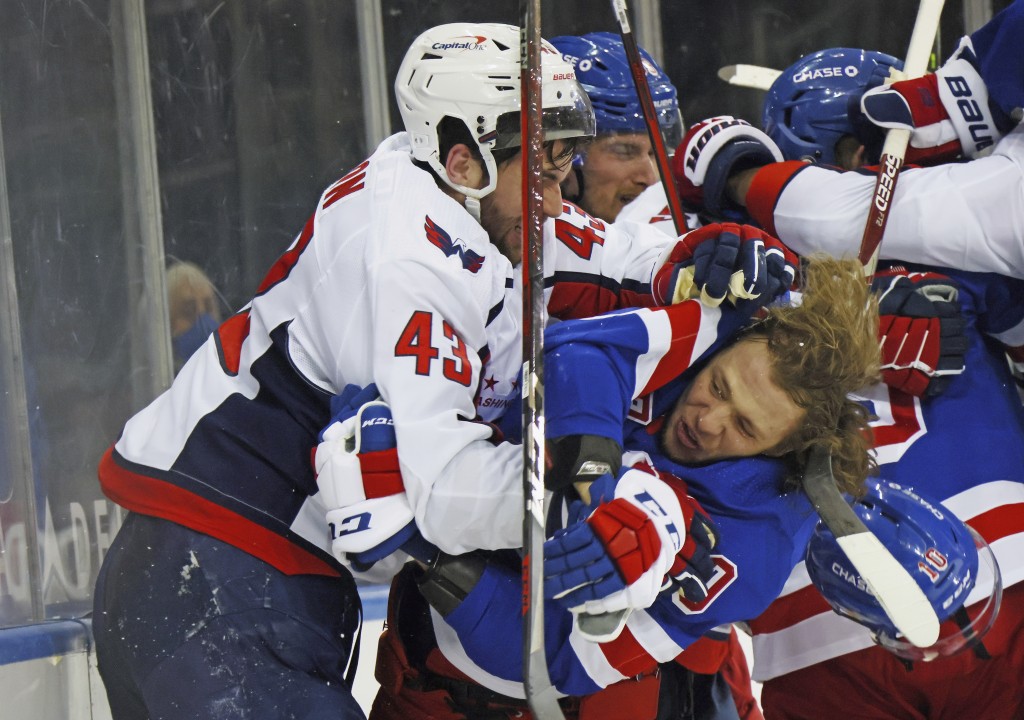 The fine is the maximum allowable for the incident under the league’s collective bargaining agreement with players. Wilson's salary this season is $4.1 million.

Wilson was given a double-minor penalty for roughing and a 10-minute misconduct after a scrum in which he appeared to punch Buchnevich, who was face down on the ice, and threw Artemi Panarin down to the ice. Panarin was ruled out of the remainder of the game with what the team called a lower-body injury.

“I thought it was just a scrum, like physical play," Capitals coach Peter Laviolette said. "There was something going on originally with the goalie and they’re jamming at the goalie and a bunch of players jump in there. It happens a lot.”

“I figure you should have some more respect for the game and for the players,” Rangers center Mika Zibanejad said of Wilson’s play. “I don’t honestly know where to start. It’s just horrible. Zero respect. I don’t know why I’m surprised, but yeah, just horrible.”

This is Wilson's third fine in eight NHL seasons, and he has been suspended five times. The most recent suspension was seven games in March for boarding Boston's Brandon Carlo.

When suspending him for the hit on Carlo, the league's department of player safety called Wilson “a player with a substantial disciplinary record taking advantage of an opponent who is in a defenseless position and doing so with significant force.” He is not expected to face further discipline for his actions Monday night.

Wilson had a clean record for the previous 2 1/2 years, dating to a 20-game suspension in the fall of 2018 for an illegal check to the head of St. Louis forward Oskar Sundqvist. That initially carried a $1.26 million fine, and it was reduced to 14 games by an independent arbitrator after appeal, though Wilson had already served 17 games.