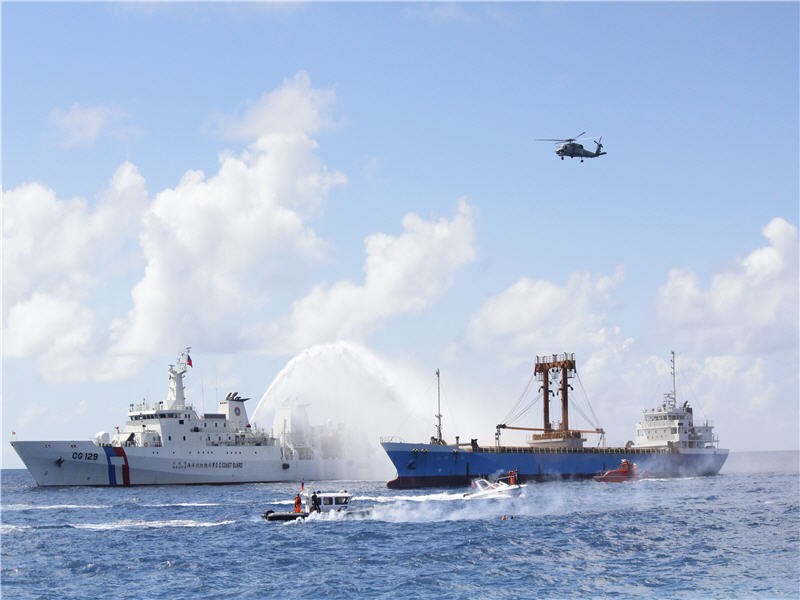 TAIPEI (Taiwan News) — Defense Minister Chiu Kuo-cheng (邱國正) on Monday (May 3) said there were shortcomings in the handling of a recent illegal border crossing by a Chinese national.

During an interview at the Legislative Yuan, Chiu said he will contact the Coast Guard Administration (CGA) to find out the reasons and address them. This is something that can be remedied, he said.

A Chinese man crossed the Taiwan Strait in a small rubber craft and reached Taichung on April 30, claiming he yearned for Taiwan’s "freedom and democracy." The CGA stated that in order to avoid similar incidents in the future, it is considering more training, increased patrols, using better equipment, and coordinating with military units to improve detection, according to Liberty Times.

Meanwhile, legislators from both parties raised questions about loopholes in national security at a Foreign and National Defense Committee meeting on Monday. Hu Mu-yuan (胡木源), deputy director of the National Security Bureau, said the CGA and National Police Agency were reviewing radar data to decide what to do next.

During the committee meeting, Navy Command Chief of Staff Chiang Cheng-kuo (蔣正國) said the rubber dinghy used by the Chinese man may have been visible on CGA radars. However, such a small object cannot be seen by naval vessels or shore-mounted radars and might be mistaken for waves.

Hu said that an investigation is underway into why the CGA radar failed to detect the boat as it arrived in the Port of Taichung. China is looking for openings in Taiwan’s national security, he said, adding that a team will check for any such gaps.

The Navy stated that it usually uses shore-mounted radar stations and reconnaissance aircraft and ships combined with various identification systems to keep track of targets crossing the nation’s maritime border. As target detection and identification are shared by the CGA and the Navy, the two services will discuss how to better monitor territorial waters, the Navy said.

The CGA pointed out that by taking a closer look at radar data, the Chinese man’s exact route can be determined. However, it said that people rarely choose a large commercial port like Taichung's because it is too obvious a destination.

The administration added that it will coordinate with the NPA’s harbor police, which are responsible for the safety and maintenance of commercial ports, to establish a tight, protective net and prevent illegal maritime crossings from happening again.