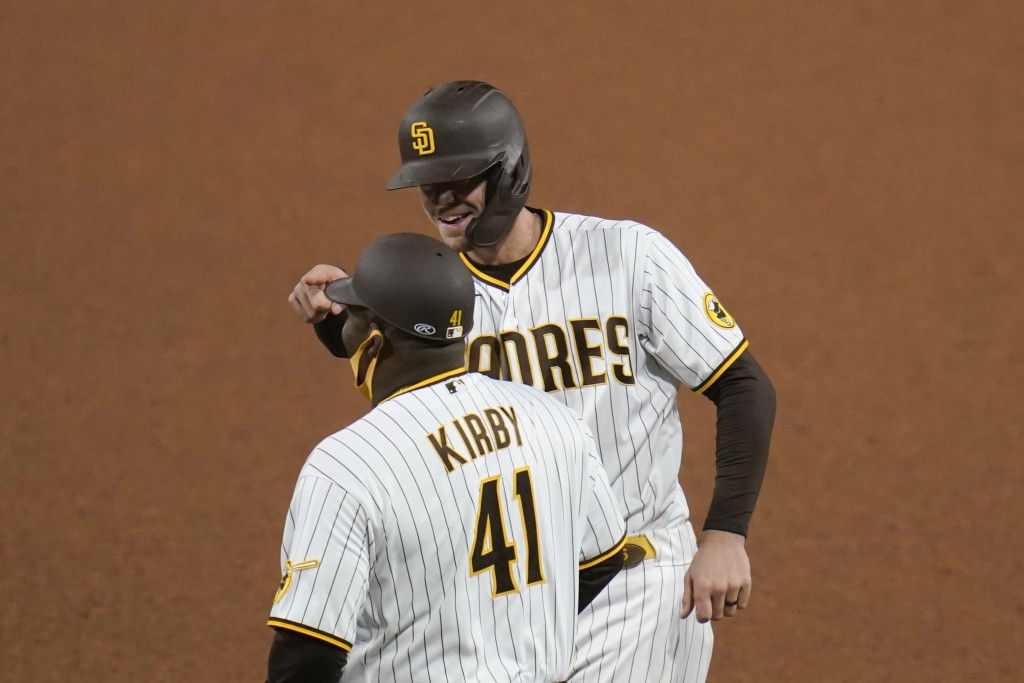 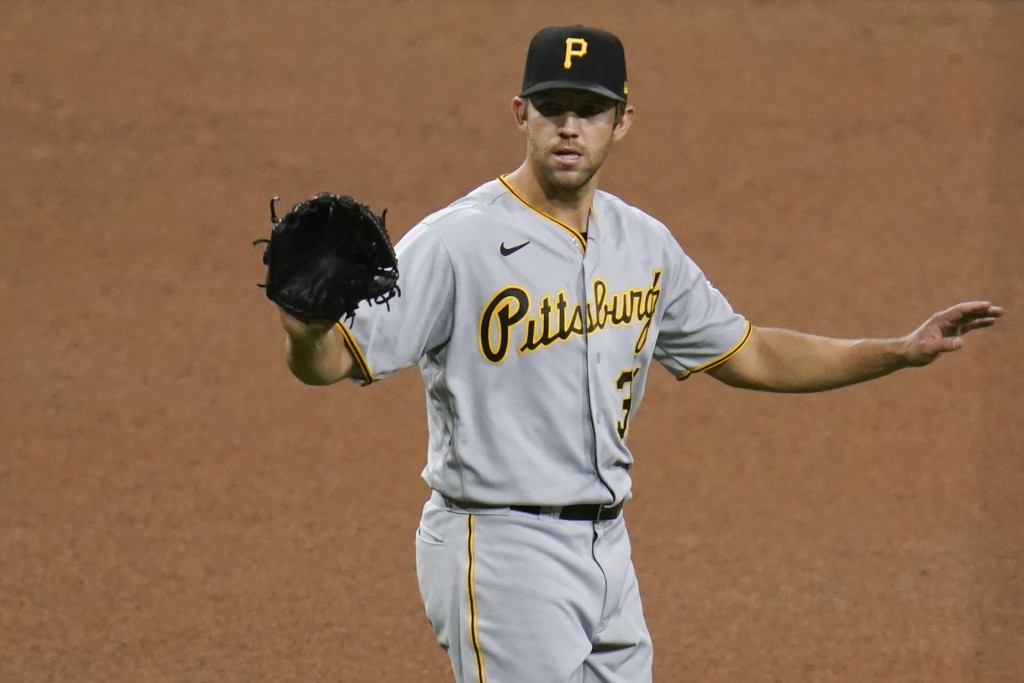 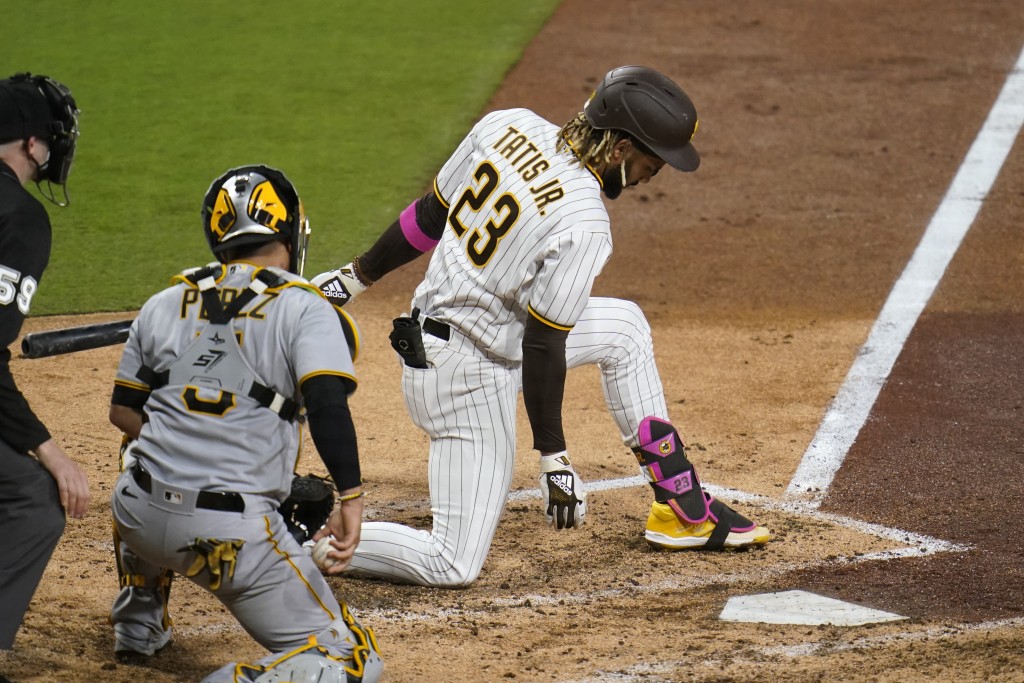 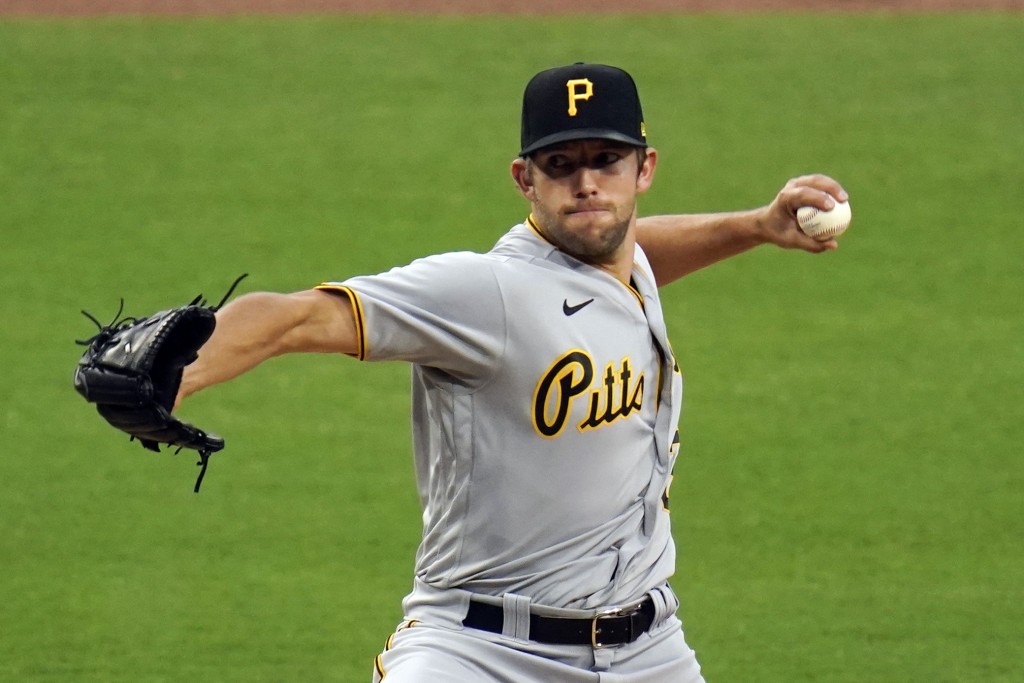 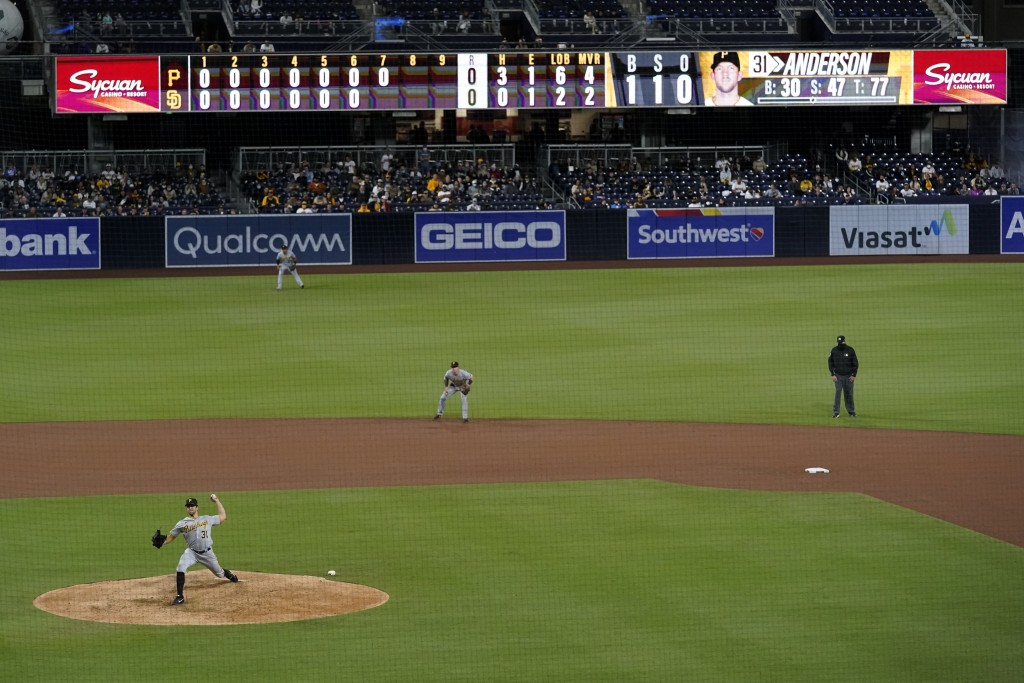 Anderson (2-3) kept the Padres off-balance for six innings before they broke through in the seventh. Anderson issued a leadoff walk to Manny Machado before Myers singled to right field. Until then, Anderson had allowed only three baserunners, two on walks and one on his error in the fifth inning.

The Padres needed a bullpen game because three starters are out with injuries or illness.

San Diego’s sixth pitcher, Mark Melancon, who was named the NL Reliever of the Month for April earlier Monday after converting all nine save chances, pitched the ninth for his 10th save. Miguel Diaz, Craig Stammen, Austin Adams, Tim Hill (2-2) and Drew Pomeranz also contributed to the four-hitter.

Anderson walked Trent Grisham leading off the game but induced a double-play grounder from Fernando Tatis Jr., the first of 13 straight batters Anderson retired before Jake Cronenworth reached on Anderson’s fielding error in the fifth.

Third baseman Erik Gonzalez made a nice sliding, spinning stop of Myers’ grounder and threw a two-hopper to first for the first out of the fifth.

Former Pirates starter Joe Musgrove, who threw the first no-hitter in Padres history on April 9, struck out as a pinch-hitter in the third. Musgrove pinch-hit to save a position player because the Padres needed a bullpen day.

Diaz started for the Padres and allowed one hit in three scoreless innings in his first appearance since June 14, 2019, at Colorado and his first start since June 21, 2017, at the Chicago Cubs. He struck out three and walked two. Diaz was invited to 2020 spring training but did not appear on the Padres’ 60-man player pool during the pandemic shortened season.

Rookie second baseman Kim Ha-seong made a nice diving stop of Michael Perez’s grounder and threw him out to end the second and strand two runners.

Pirates: RHP Mitch Keller (1-3, 8.20 ERA) is scheduled to start Tuesday night in the middle game of the series.

Padres: Manager Jayce Tingler was expected to name a starter after the game. It could be RHP Dinelson Lamet, who is eligible to come off the injured list, or LHP Ryan Weathers, who came out of his last start with soreness in his left arm after just one inning Wednesday at Arizona.