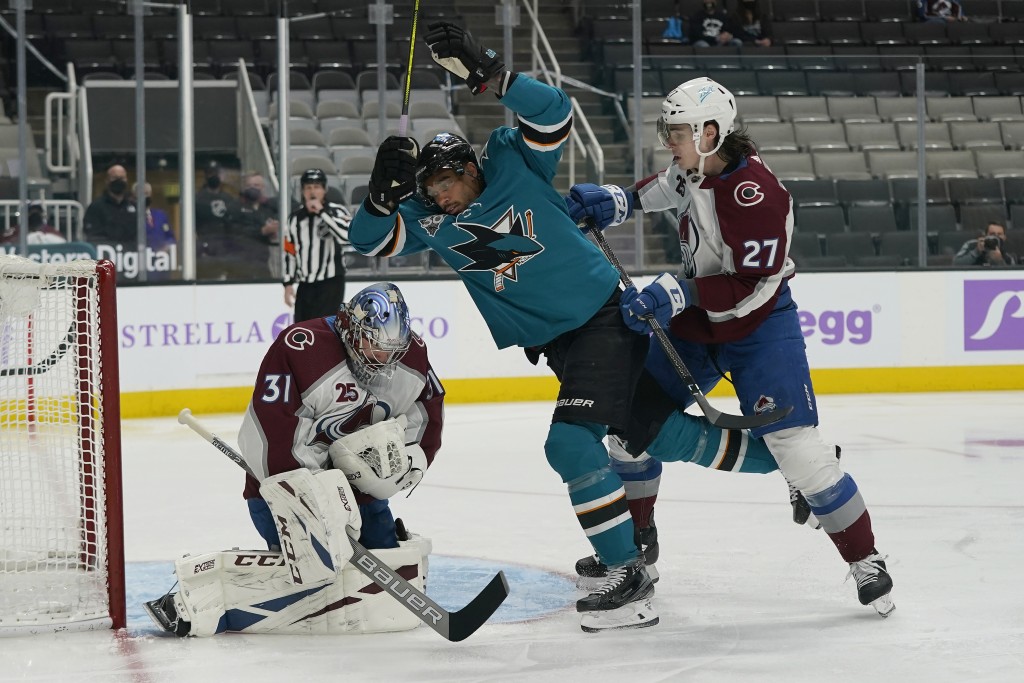 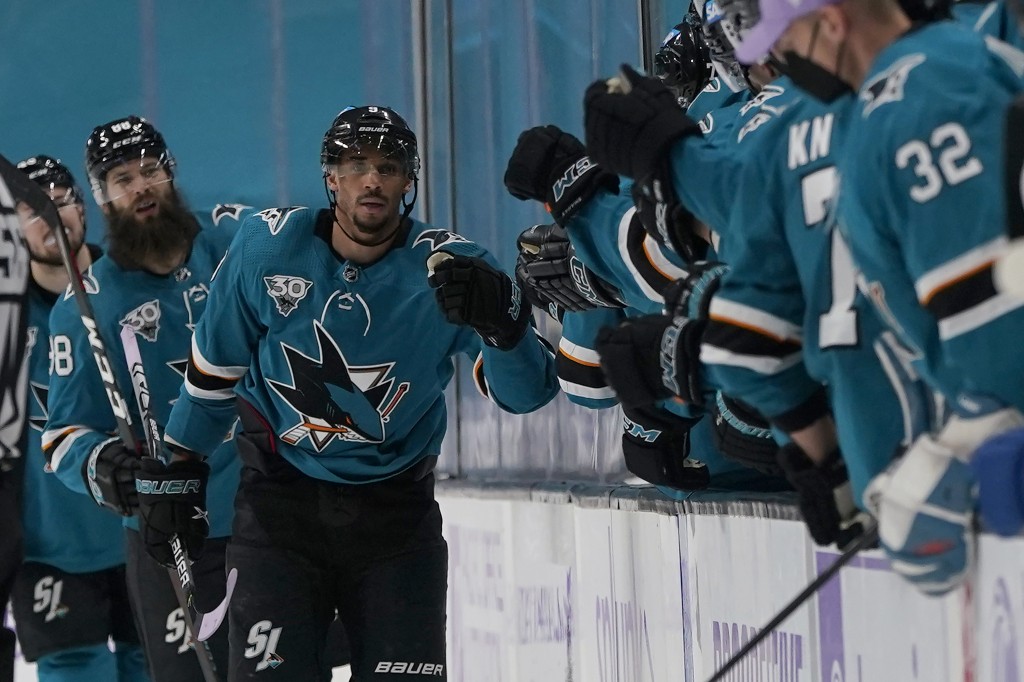 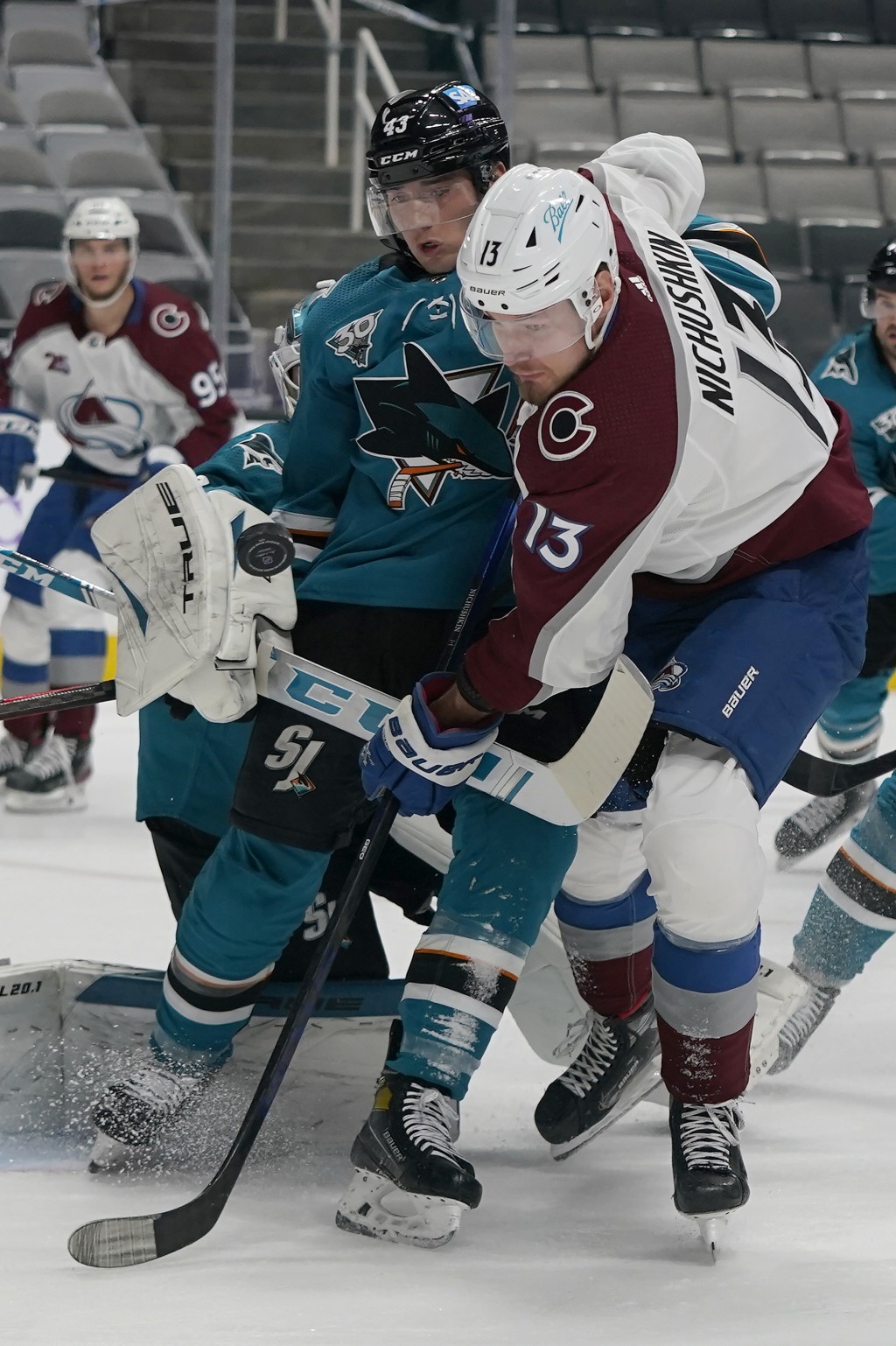 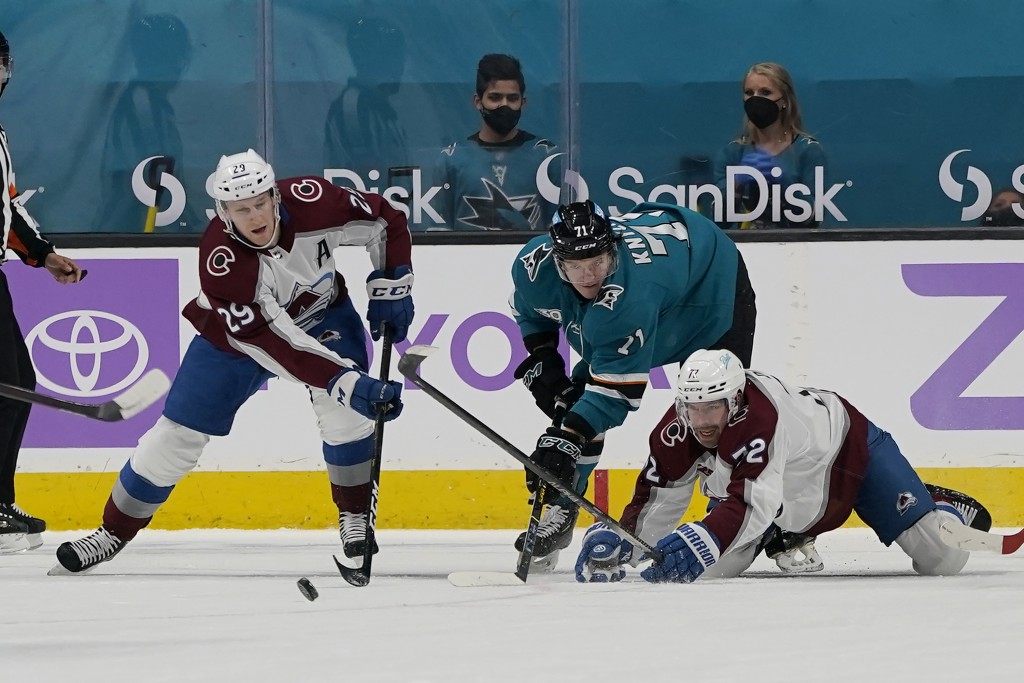 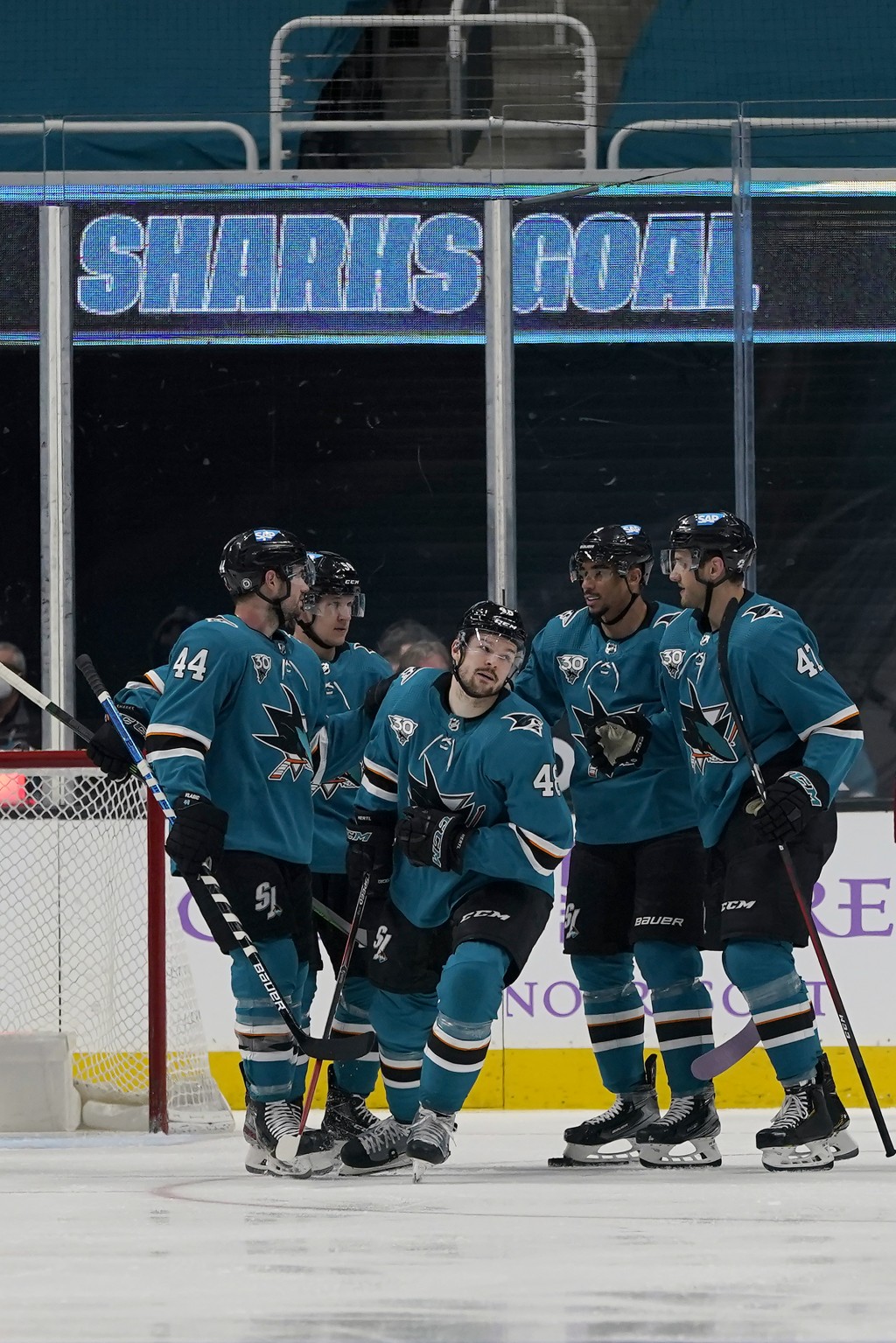 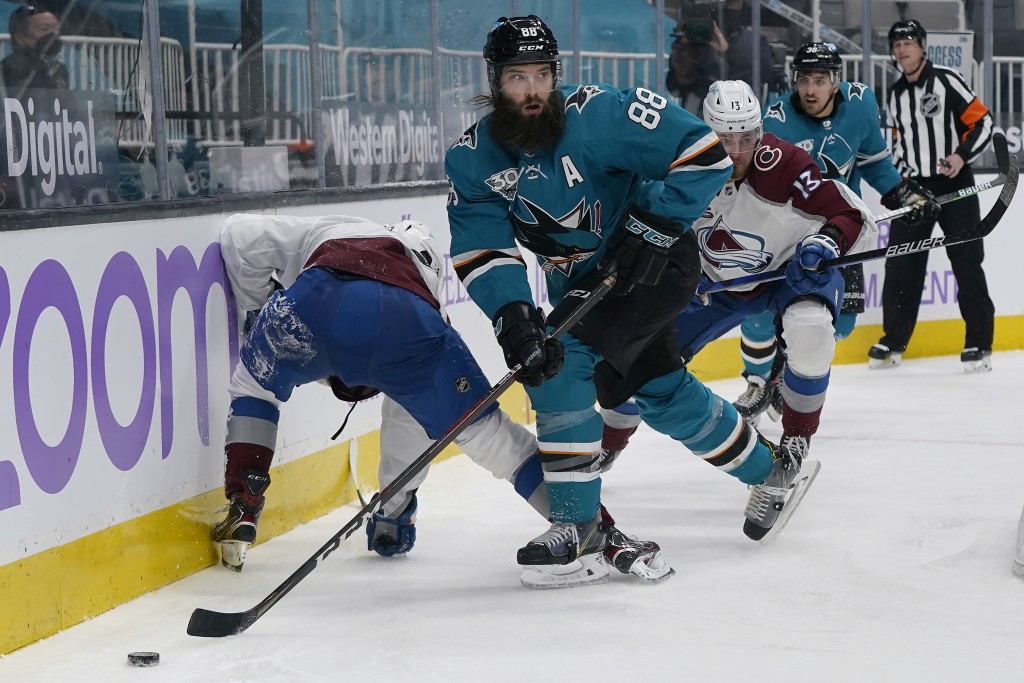 SAN JOSE, Calif. (AP) — Andre Burakovsky scored 41 seconds into overtime and the Colorado Avalanche gained ground in the race for first place in the West Division by rallying past the San Jose Sharks 5-4 on Monday night.

Martin Jones got a piece of Burakovsky's shot but it trickled past him into the net for the game-winner.

Colorado scored three times in the third period to overcome a pair of two-goal deficits and got the tying goal from Nazim Kadri with 3:39 to play.

Mikko Rantanen scored his 29th goal of the season and Valeri Nichushkin and Gabriel Landeskog also scored for the Avalanche. Philipp Grubauer made 23 saves.

Colorado moved within two points of first-place Vegas with a game in hand after the Golden Knights lost 6-5 to Minnesota.

The Sharks lost for the 11th time in 13 games and were officially eliminated from playoff contention. This is the third time in franchise history that they missed playoffs in back-to-back years, also doing it in 1992 and ‘93, and in 1996 and '97.

San Jose appeared in control after scoring twice in the second period to take a 3-1 lead. But Nichushkin scored early in the period to make it a one-goal game and Landeskog made it 4-3 after Meier scored for San Jose.

A turnover by Brent Burns set up Kadri's game-tying goal and then Burakovsky won it in overtime.