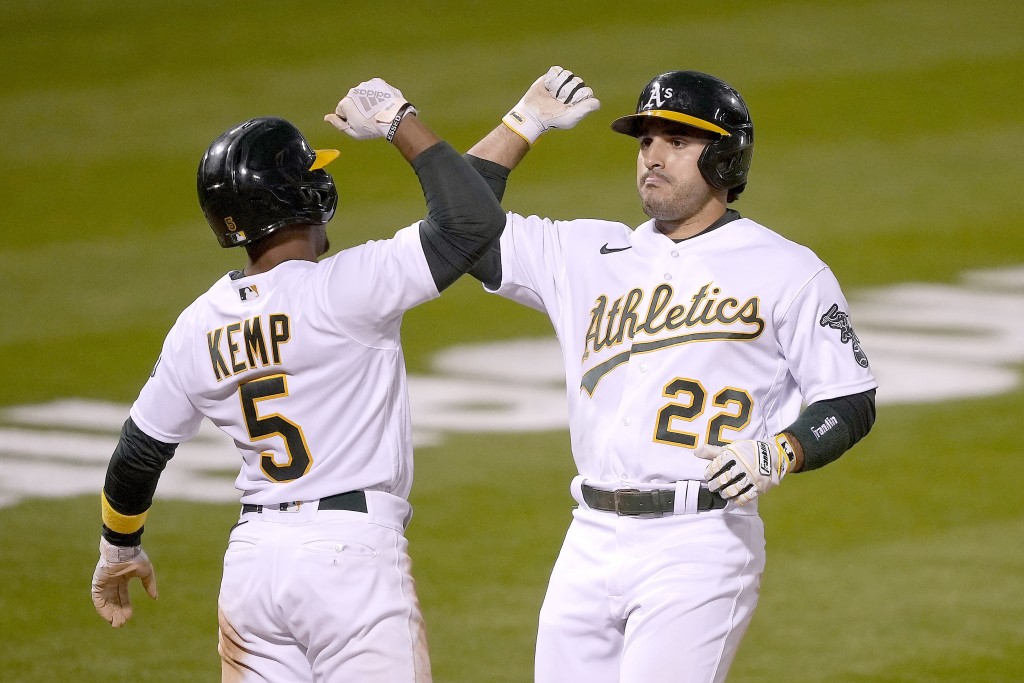 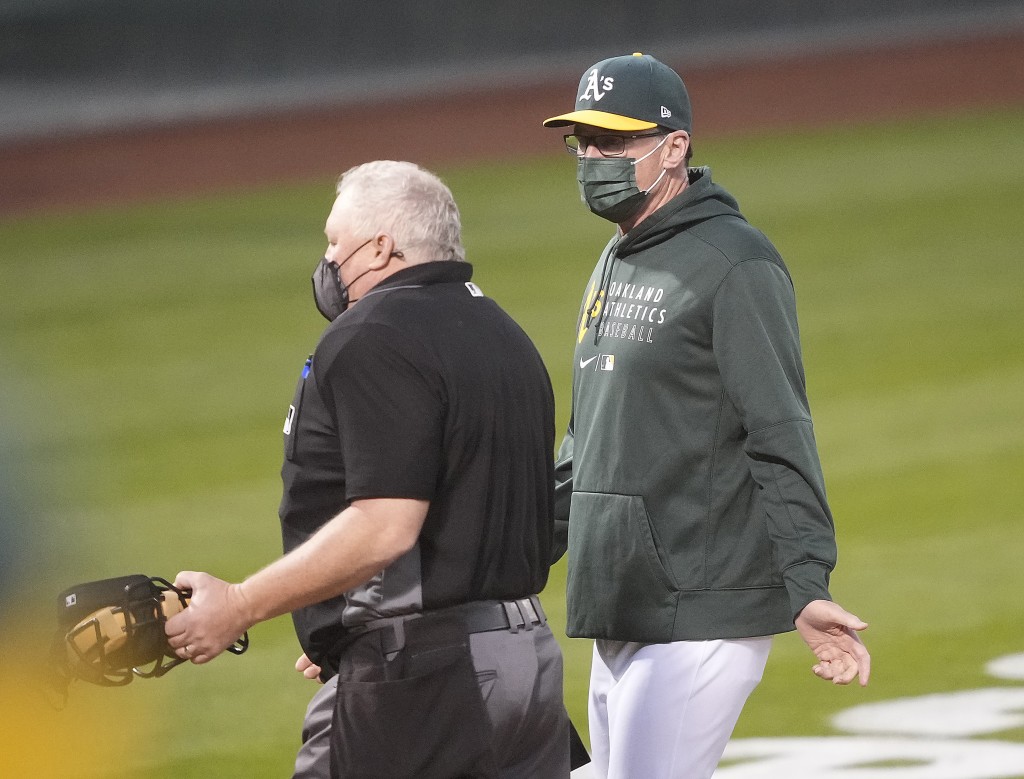 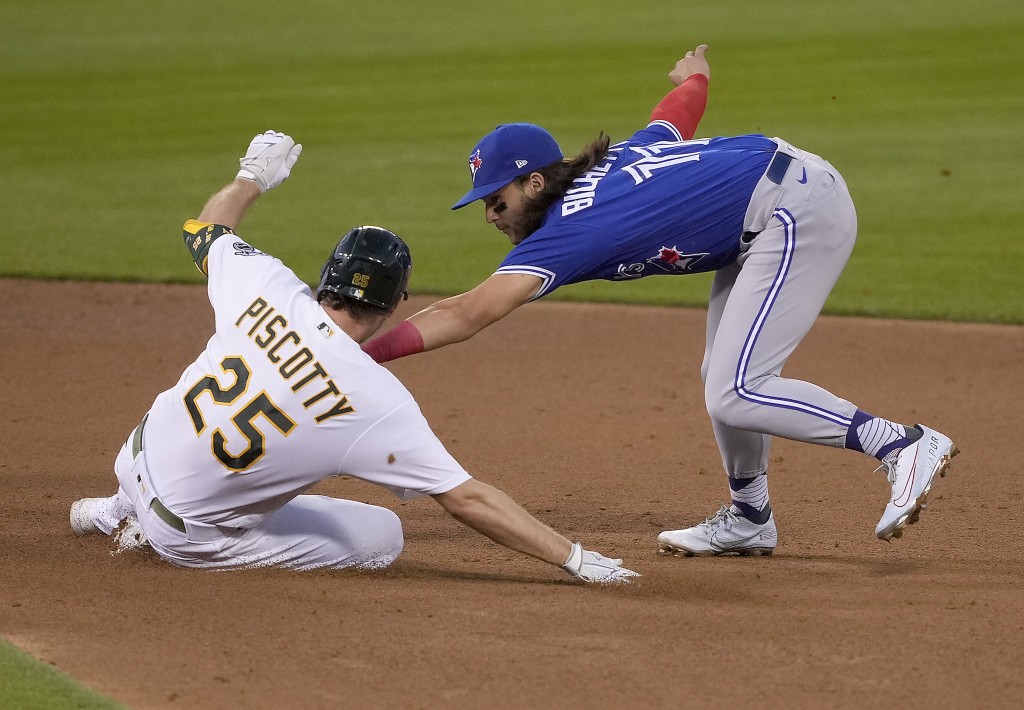 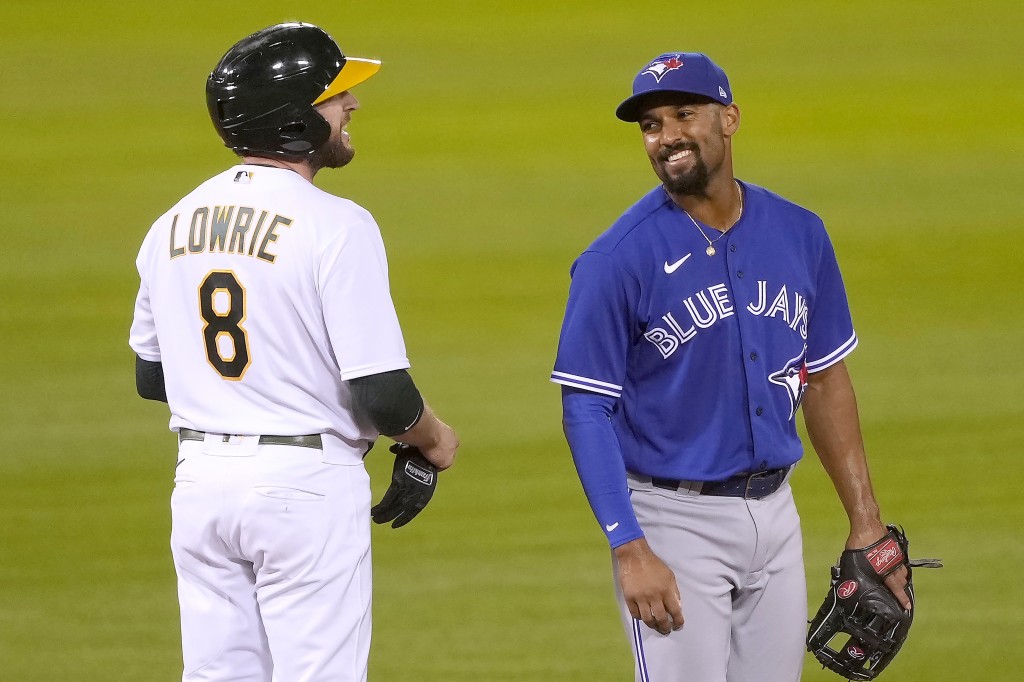 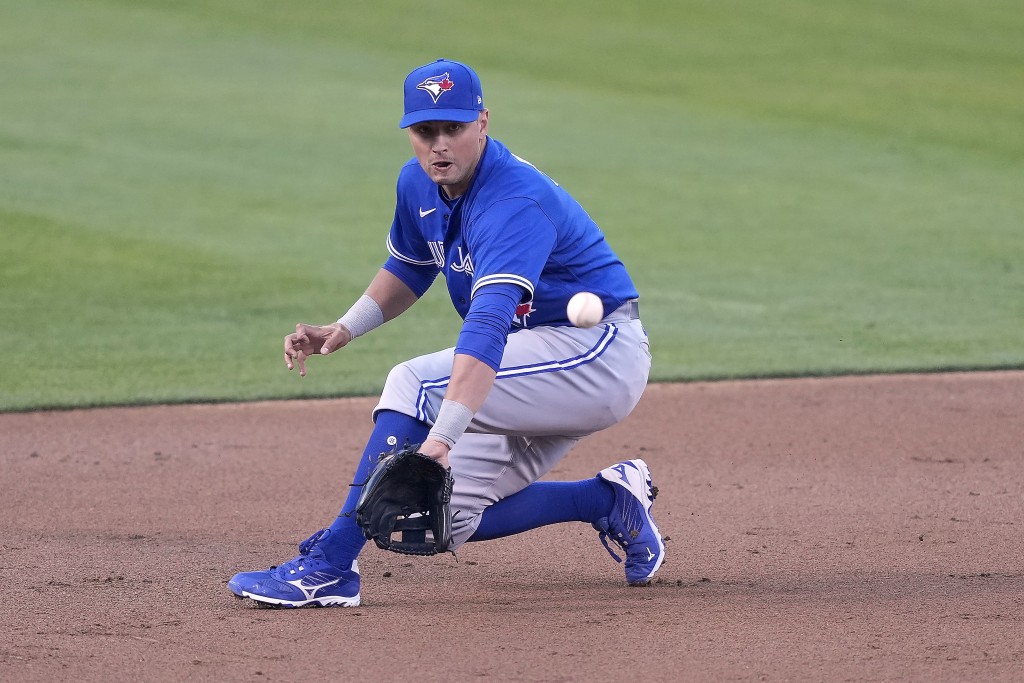 Frankie Montas pitched six uneven innings to win the first meeting between the teams in more than two years.

Semien went 1 for 3 with a walk in his first game back in Oakland after signing with Toronto in the offseason. The Bay Area native, who played for the A’s from 2015-20, was greeted with an extended standing ovation before his first plate appearance.

Laureano connected on a 1-0 pitch from starter Steven Matz (4-2) to break a 3-all tie in the fifth. Tony Kemp walked and scored on the home run. Laureano also homered Saturday against the Orioles, then did it again Sunday with a two-run drive in the eighth moments after making a leaping catch at the fence to prevent the go-ahead run.

The A’s center fielder had previously homered in three straight games in 2019, but never on consecutive days.

Piscotty homered in the second after Lowrie’s RBI double.

Montas (3-2) allowed seven hits and three runs for his first win since April 16. The right-hander struck out four and walked one.

Matz gave up five runs and seven hits in five innings. He has lost consecutive starts after beginning the season 4-0.

Semien retraced his old driving route to the ballpark from home in Alameda, then entered from the other side of the Coliseum for a change and needed an assist finding his way to the visiting clubhouse. He departed in free agency to join Toronto on an $18 million, one-year contract, while Oakland’s brass faced scrutiny for not doing more to try to keep him.

Semien was looking forward to some quick reunions and saying his hellos to all the familiar faces before taking the field he knows so well. He handled at least 21 ticket requests.

Blue Jays: LHP Hyun Jin-Ryu (hip) is expected to come off the injured list and start Thursday. … OF George Springer was given a planned day off after coming out of Sunday’s game in the sixth inning due to leg fatigue.

Athletics LHP Cole Irvin (2-3, 3.67 ERA) makes his first career start against the Blue Jays on Tuesday. Irvin has 20 strikeouts over his past 17 1/3 innings. LHP Anthony Kay (0-1, 10.80) pitches for Toronto in his first start against an AL West opponent.