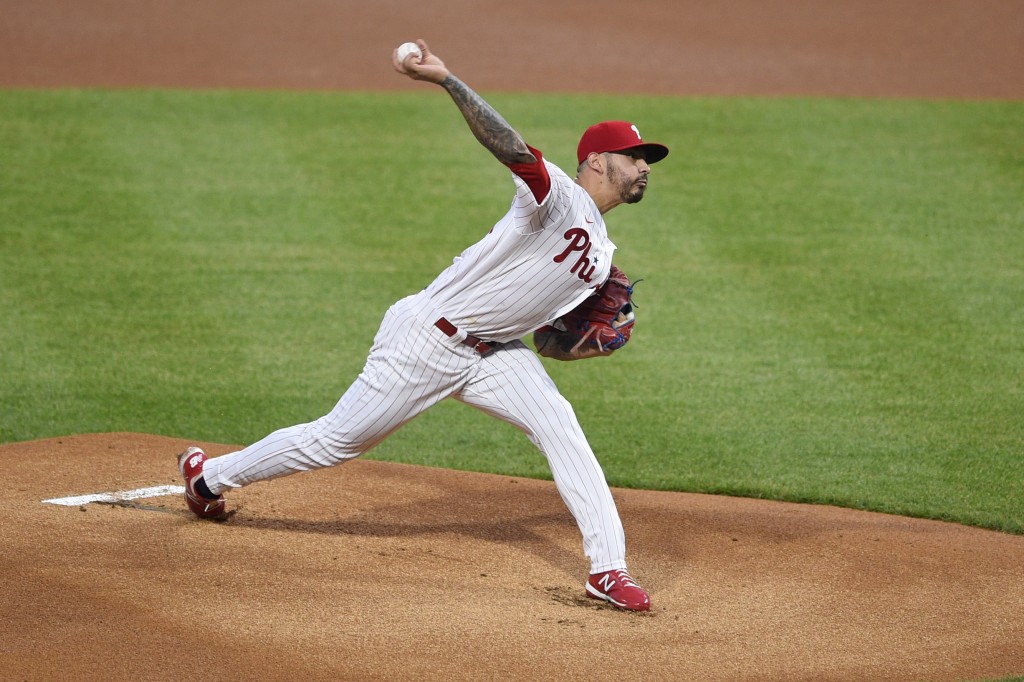 Velasquez (1-0) allowed one run and four hits, striking out six in his longest outing this season. Hector Neris struck out Lorenzo Cain with the bases loaded in the ninth to preserve the win.

Cain blasted a solo homer onto the concourse behind the left-center field stands to give the Brewers a 1-0 lead in the first in his first at-bat off the injury list. But NL Central-leading Milwaukee couldn’t do anything else until Philadelphia went to the bullpen.

Sam Coonrod struck out the side in the seventh but the Brewers loaded the bases the next two innings. Connor Brogdon walked two and yielded an infield single to Christian Yelich in the eighth. After Travis Shaw’s sacrifice fly cut it to 4-2, Neris entered. Avisail Garcia’s fielder’s choice grounder drove in another run.

Neris then picked Garcia off first to end the inning and needed 40 pitches to earn his sixth save in seven chances.

MINNEAPOLIS (AP) — Kenta Maeda steered himself back on track by keeping Texas scoreless into the sixth inning, and Minnesota won the opener of a four-game series.

Maeda (2-2) had a season-high eight strikeouts in 5 1/3 innings, allowing only two singles and two walks in what was by far the best of his six starts this season.

Jorge Polanco had an RBI triple and an RBI double, and rookie Alex Kirilloff kept up his torrid start with two doubles for the Twins. One of them was a two-out, run-scoring line drive to left field in a three-run sixth that came against the left-handed reliever, Kolby Allard, brought in to face him.