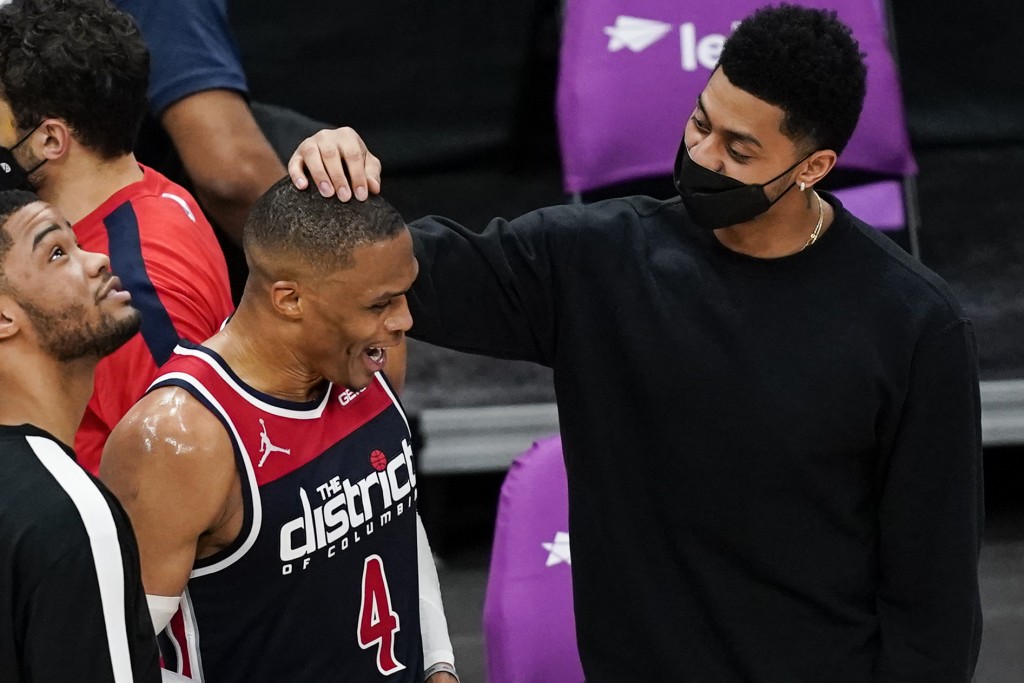 WASHINGTON (AP) — Russell Westbrook had the third game in NBA history with 20-plus rebounds and 20-plus assists — he and Wilt Chamberlain have the other two — and the surging Washington Wizards moved closer to Indiana in the Eastern Conference playoff standings by outgunning the Pacers 154-141 on Monday night.

Westbrook had 14 points to go along with his career-high 21 rebounds and career-high-tying 24 assists, his league-leading 32nd triple-double of the season. He has 178 triple-doubles, three short of Oscar Robertson’s record, with seven games remaining for Washington.

Rui Hachimura scored 27 points and Bradley Beal had 26 as Washington scored a season high and moved within one-half game of Indiana for ninth place in the East. The Wizards earned the tiebreaker over the Pacers by winning the first two meetings.

Domantas Sabonis had 32 points and 20 rebounds and Caris LeVert scored 33 points for the Pacers, who have lost three of four. Eight Pacers scored in double figures.

Andrew Wiggins added 26 points for Golden State, with 10 coming in a key stretch early in the fourth quarter.

The Hawks snapped Portland’s four-game winning streak, which had come entirely on the road.

After getting in early Monday from Boston, where they beat the Celtics the previous night, the Trail Blazers were forced from the hotel rooms for about a half-hour by a tornado warning in Atlanta.

They ran out of steam in the fourth quarter, ruining a 33-point night for Damian Lillard.

Bogdan Bogdanovic provided the bulk of Atlanta’s offense over the first two quarters, scoring 23 of his 25 points for the second highest-scoring half of his career.

Saddiq Bey led Detroit with 26 points in a game that had little at stake — with the possible exception of lottery positioning — and a long list of players absent.

Detroit was within three late, but Iggy Brazdeikis made a 3-pointer from the right corner to make it 112-106.

Frank Jackson scored 19 points and Hamidou Diallo had 16 for the Pistons.