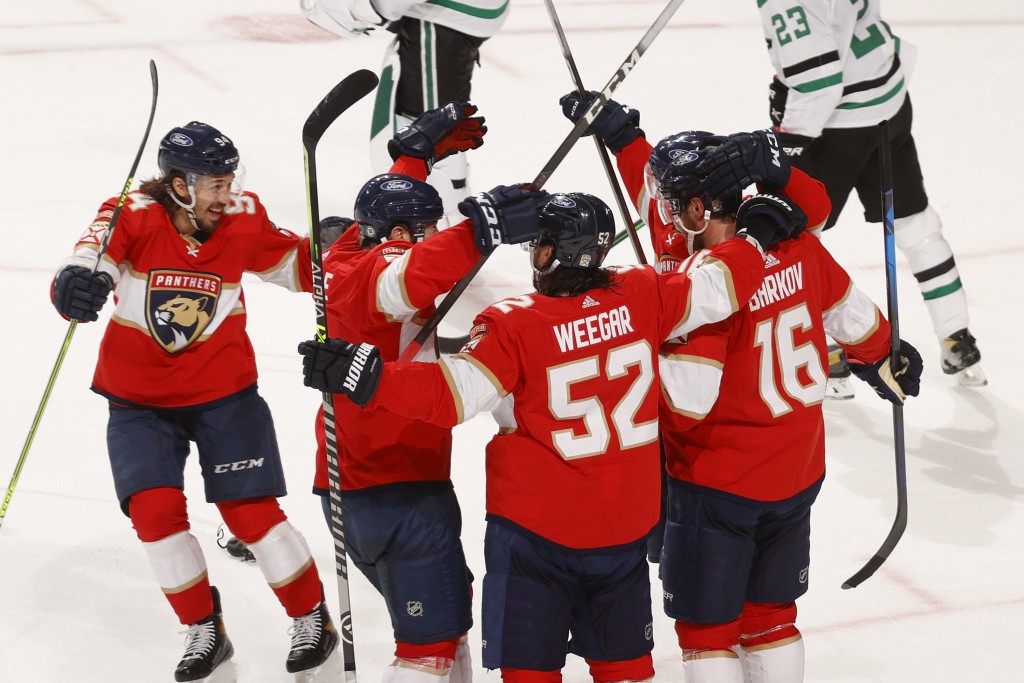 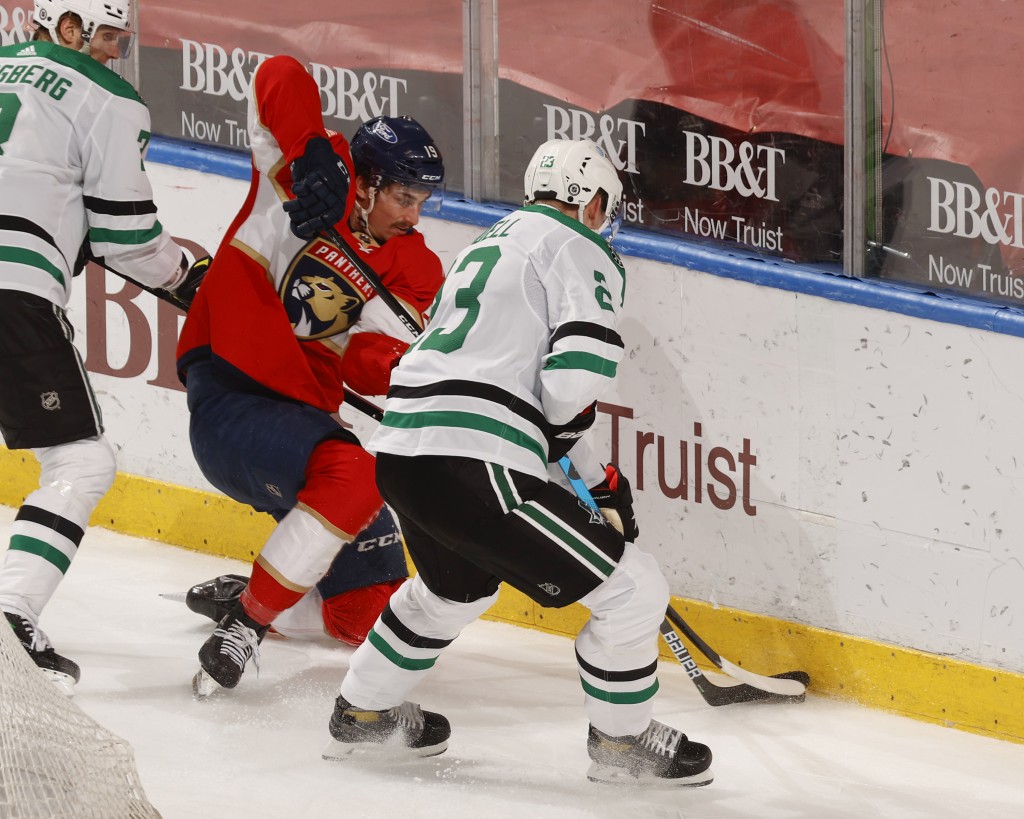 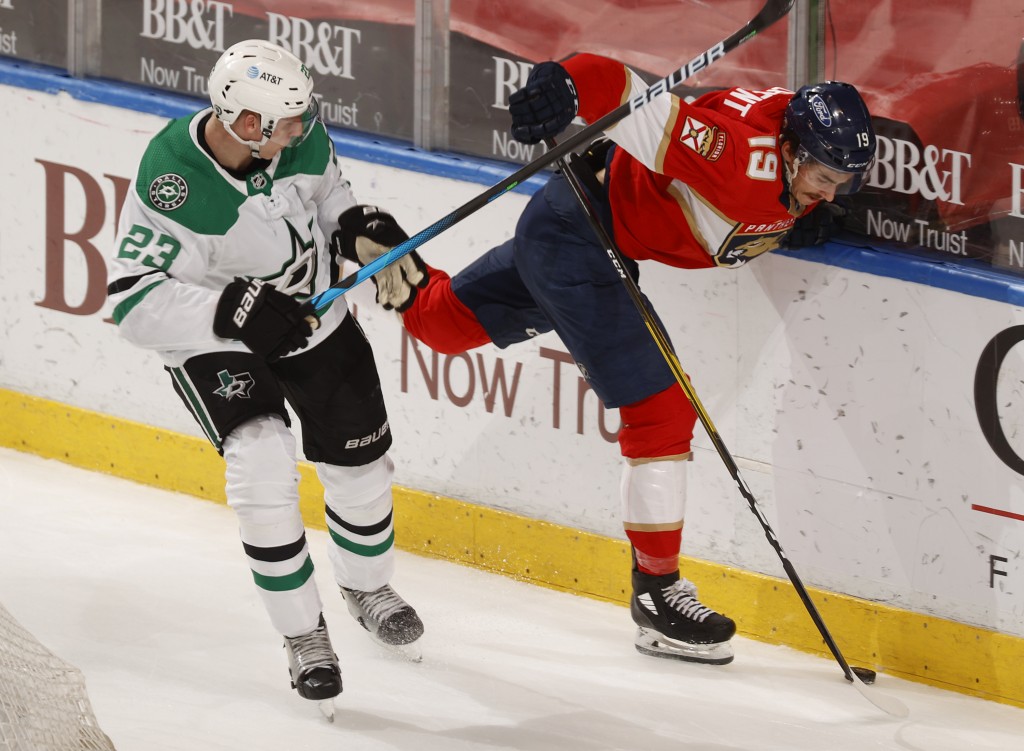 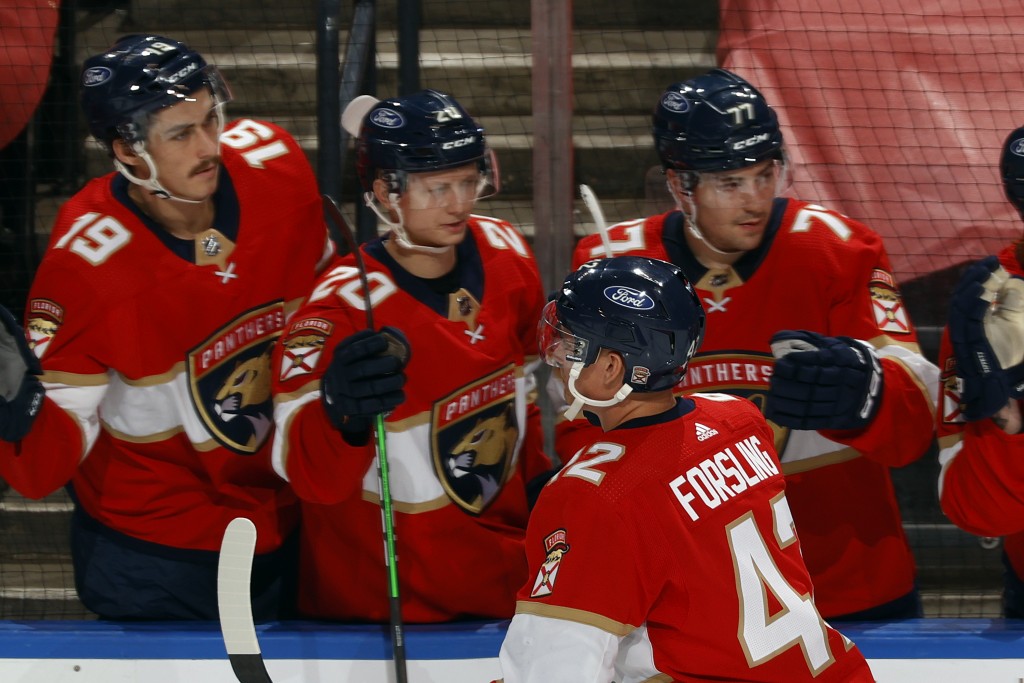 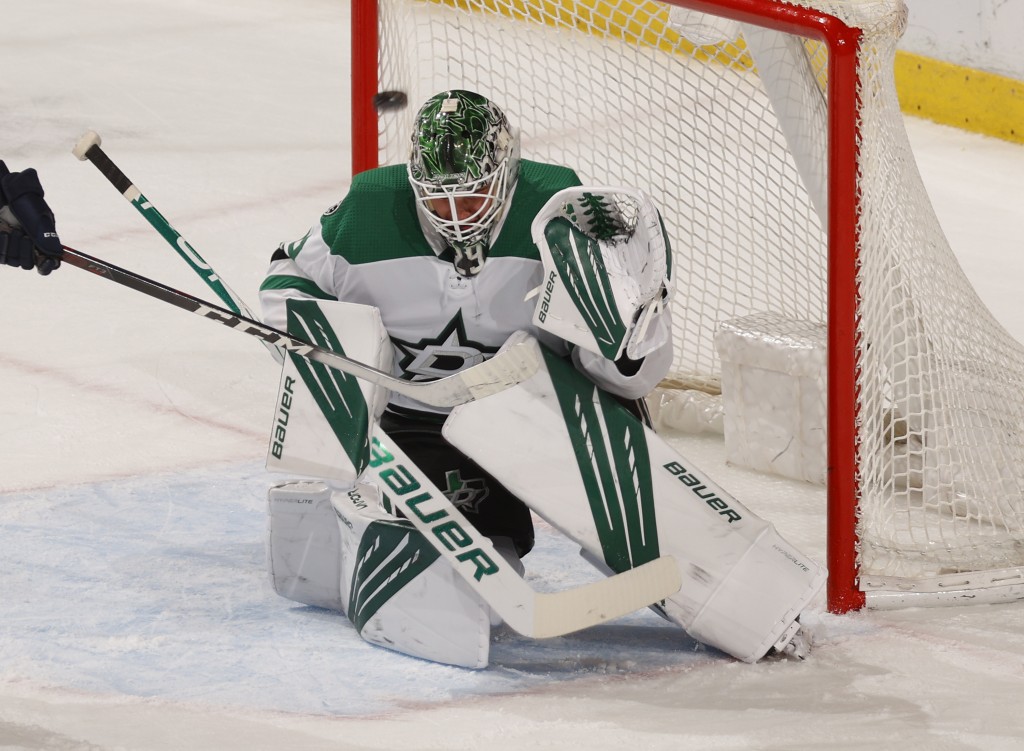 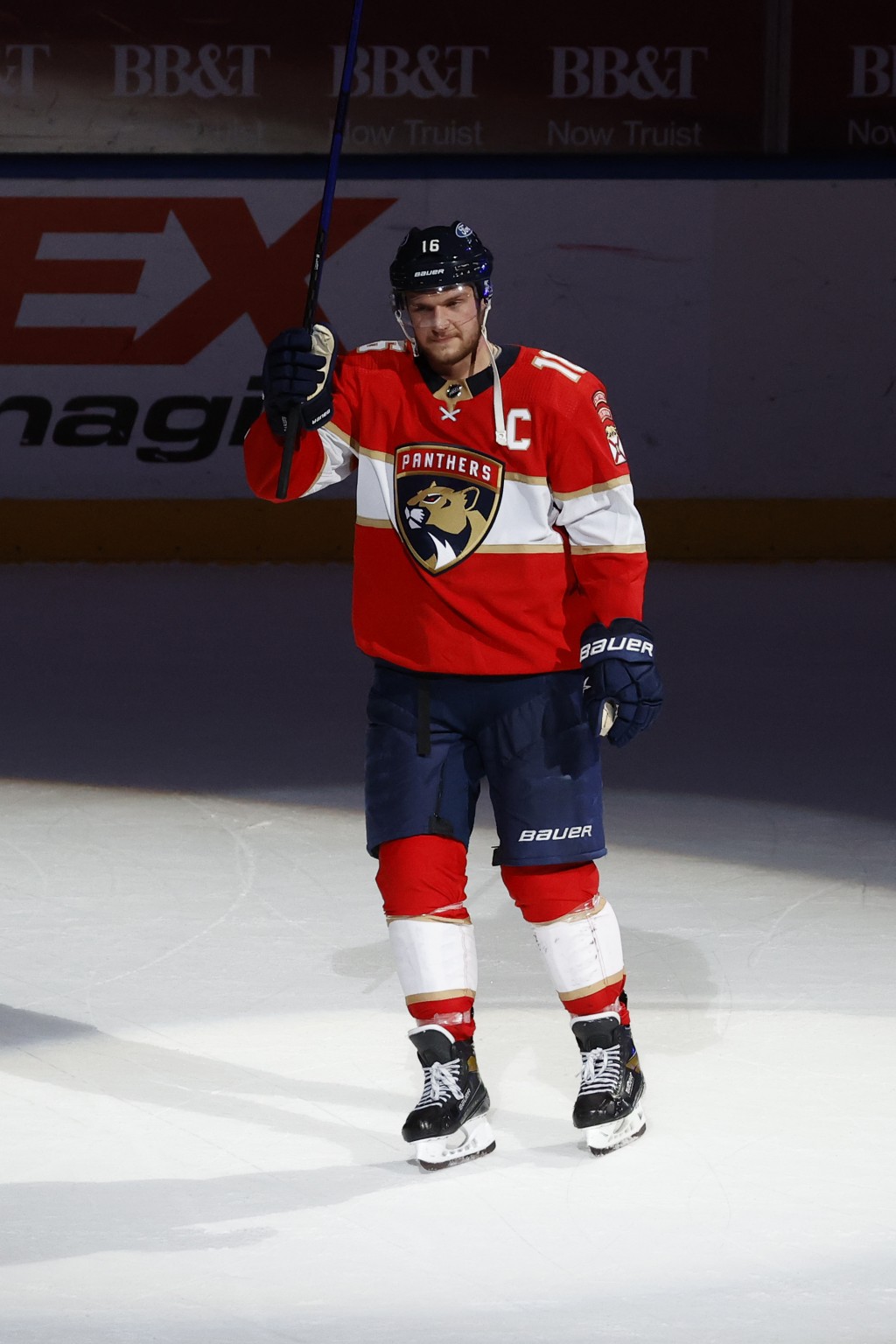 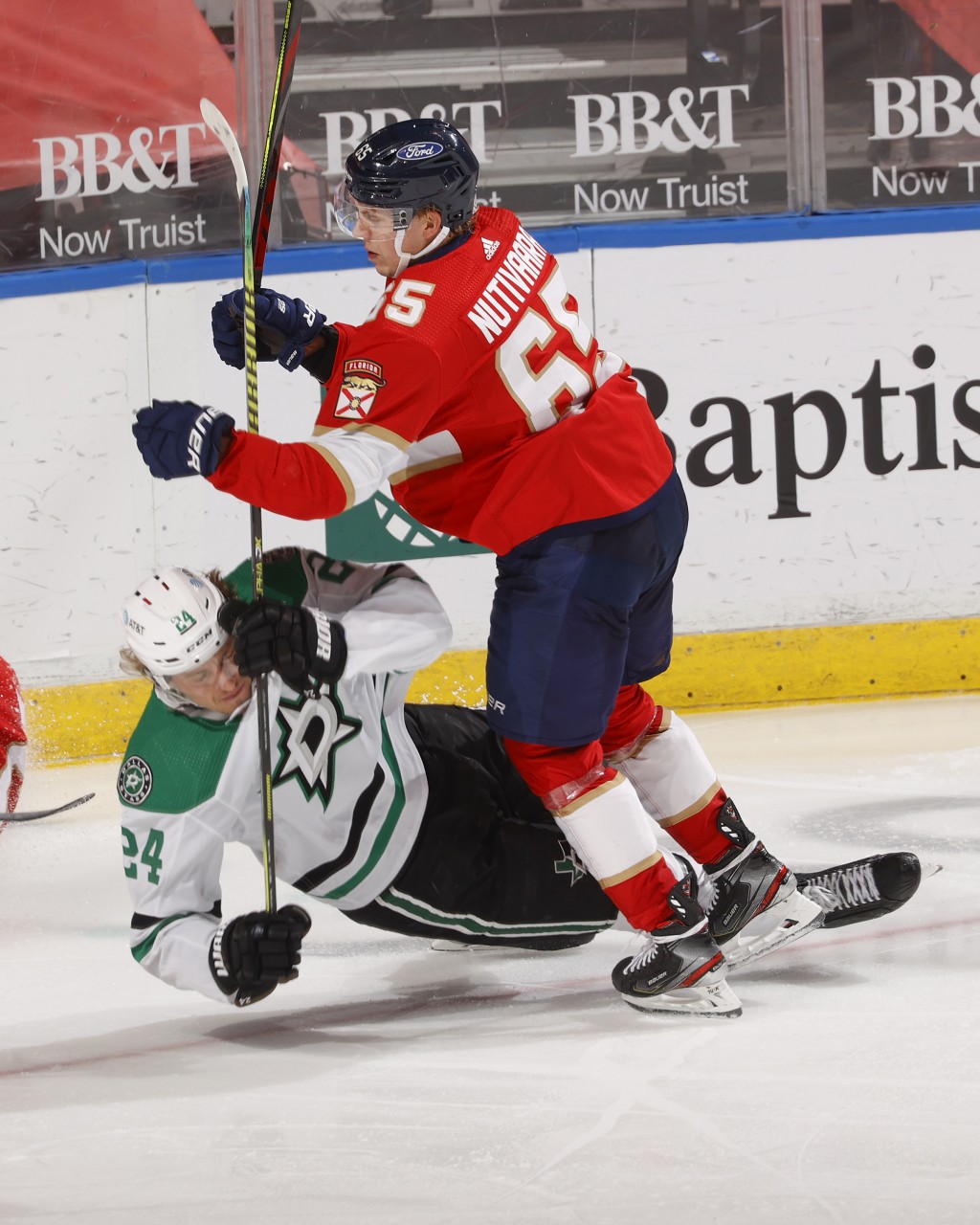 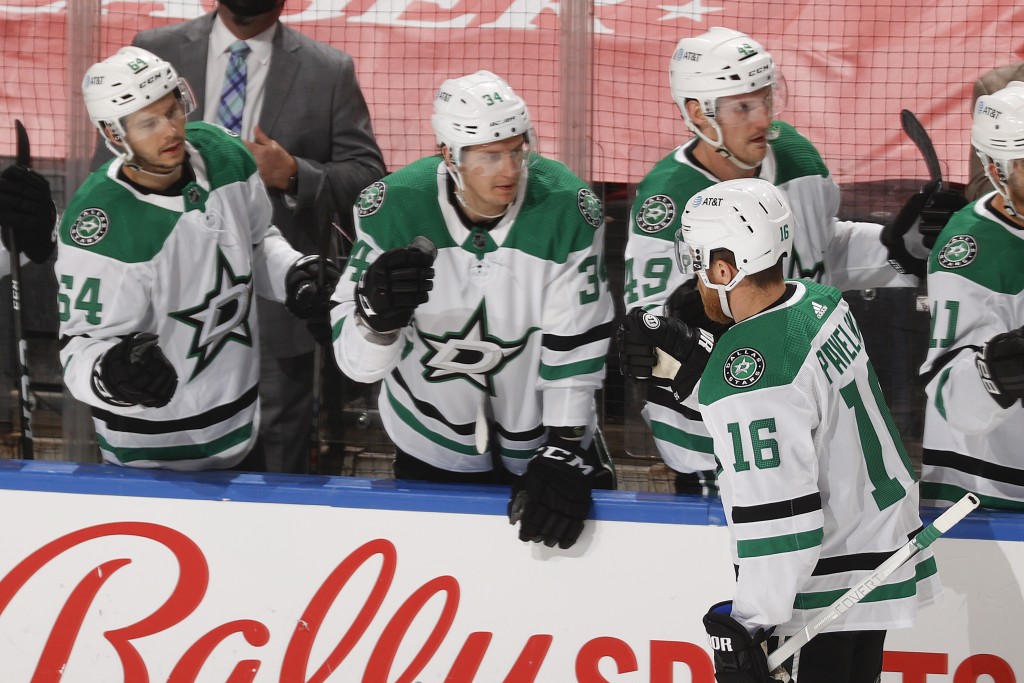 SUNRISE, Fla. (AP) — Aleksander Barkov scored 2:50 into overtime to lift the Florida Panthers to a 5-4 win over the Dallas Stars on Monday night.

Spencer Knight stopped 25 shots in his third career start and fourth appearance. Knight, who turned 20 on April 19th, is the youngest goalie in NHL history to start 4-0.

The Panthers are two points behind Carolina for first place in the Central Division and two points ahead of Tampa Bay. The Hurricanes and Lightning each have two games in hand over the Panthers.

Tyler Seguin scored a goal in his first game of the season, Roope Hintz had a goal and an assist, and Joe Kiviranta and Joe Pavelski also scored for Dallas. Anton Khudobin allowed four goals on 15 shots before being replaced by Jake Oettinger early in the second period. Oettinger finished with 27 saves.

The Stars sit four points behind the Nashville Predators for the final playoff spot in the Central Division.

In overtime, Barkov fired a shot from the right circle during a power-play that beat Oettinger on the stick side.

Trailing 4-2, the Stars scored two goals in 11 seconds to tie the score. Kiviranta pulled the Stars within one when his shot from the left circle went past Knight’s glove and into the net at 3:55 of the third. Seguin, playing his first game since hip surger last Nov. 2, tied it when he backhanded in a rebound. It was the fastest two goals the Stars have scored this season.

Huberdeau and Gusev scored 49 seconds apart to give the Panthers a 2-0 lead 2:42 into the game.

Pavelski’s power-play goal pulled Dallas wthin one with 7:56 left in the first. Pavelski leads the Stars with 45 points, scoring 22 goals and 23 assists.

Weegar had a hand in the next two goals, but one was credited to Dallas. Weegar’s wrist shot from the slot stretched the Panthers lead to 3-1 with 5:47 left in the first.

Hintz was credited with a goal when forechecked Weegar before Weegar threw the puck across the crease and it hit Knight’s skate and went across the goal line. The fluky goal closed the score to 3-2 with 2:44 left in the first.

Forsling’s goal 54 seconds into the second put the Panthers ahead 4-2 and chased Khudobin from the game.

Seguin returned to action for the first time since undergoing a right hip arthroscopy and labral repair after the 2020 post-season. Seguin was activated off the injured reserve earlier on Monday and was a game-time decision. Seguin, 29, led the Stars in scoring the past two seasons.

Panthers goalie Philippe Desrosiers backed up Knight. Desrosiers, 25, was selected by the Stars in the second round of the 2013 NHL Entry Draft anddonned an NHL jersey for the first time.

Stars: At Tampa Bay on Wednesday night to open a two-game series.